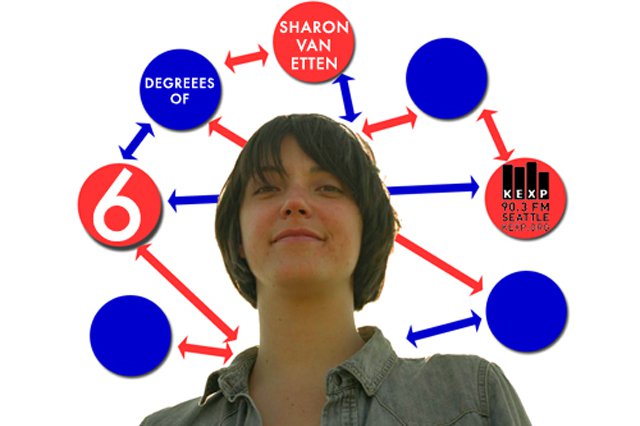 “It's kind of freaking me out. Haha!” -- Sharon Van Etten

Richards explains, “Every day at KEXP, we connect artists in nearly every set -- be it sound, energy, influence, style, personnel.  We try to both entertain and educate at the same time.  One morning, I had connected about a half-dozen artists, and thought to myself, I wonder how long you could keep doing this? I asked the same question to Kevin Cole later that day, and we agreed to find out! We feel Six Degrees of Sharon Van Etten Day really represents what KEXP is about: programming on the fly, with our listeners participating in the broadcast.”