Consider this a public service announcement: the artist formerly known as PSA now goes by the name ARCHIE. While still relatively new to performing music in a general sense, ARCHIE has earned considerable buzz while performing under the PSA (short for ‘Pop Star Archie’) moniker. She’s played Capitol Hill Block Party twice, released the 2018 EP Debutante, and collaborated with local artists such as Taylar Elizza Beth and Like Lions.

Making a name change is often a difficult choice for an artist that’s already making waves, but for ARCHIE it’s all about taking ownership of herself and her art. Performing and releasing music now under her own name, the separation between ‘Pop Star’ and ‘ARCHIE’ no longer exists. They are synonymous. We’ve already seen a glimpse of this with her first single as ARCHIE, “Summation,” a hypnotic daydream of a song in which her vocals glide effortless over a stellar soul sample loop.

Before she takes the stage at KEXP and Seattle Center’s Concerts at the Mural on Aug. 23 with Helado Negro and NAVVI, we caught up with ARCHIE about her artistic rebirth, the inspiration she draws from cartoons, and finding the confidence to be herself on stage and on her upcoming EP.

KEXP: Let's start at the beginning and tell me a little bit about how you got started in music. Has it always been a part of your life or something you got into later?

ARCHIE: Actually no, I never considered myself an artist – although, I have always been creating. I would rip up the carpets in the house and put pastels on the walls, but I was always very interested in science and math and I actually went to school for economics, so that's what my degree is in. But I was working at a restaurant and I've always wanted to be on the stage and I was working with a bunch of actors at the time and one gave me this really good piece of advice. She was like, "If you can see yourself doing anything else, don't be on the stage because it's a really hard life." And that really was the moment where I was like, "That's all I want to do. That's what I need to be fulfilled." Although I love science and math and economics, it didn't fulfill me in the way that performing does. So this has been a pretty recent part of my life. A recent chapter.

What fulfillment you get from being on the stage? What itch does that scratch for you?

I'm an incredibly introverted person, so I spend 90 percent of my time alone. I love to just sit and think and read and being on stage allows me to share myself with people – which is something I think everyone craves is to be seen and to see and that is how I get that need met for myself.

Do you remember the first time you made that jump to being a performer? What was that experience like, not really having that background?

The first show I ever did was Taylar Elizza Beth's EP release for Fresh Cut Flowers. I had done theater. I'd done one theatre show in middle school and that really gave me a taste of like, "Oh, something comes over me when I perform." I got to experience that again as an adult on the stage at Timbre Room with Taylar a couple of years ago and that really was like, "OK, This is where I'm putting my efforts now."

That's amazing. Two years in and you're already playing Capitol Hill Block Party and all these amazing events. Those have got to be crazy life moments.

It's exciting! I played a Block Party last year as well which was completely shocking to me because I didn't have any projects out and to get to play this year, now when I am Archie instead of PSA, and I have more control over my musical career – it feels incredible. I feel so blessed and really lucky and grateful for all of the support I've had from KEXP especially and just the community at large has been incredible.

Tell me about that name change a little bit. I've heard it described as a metamorphosis for you as well. What made you want to go from PSA to using the Archie moniker?

PSA was a nickname that was given to me by my roommates and I had started vocal lessons. It stood for "Pop Star Archie." It was this alter ego they'd created for me and I really liked it. At the time, I had started doing shows before I was really ready and after the E.P. released with Taylar, I started getting booked a lot and I didn't have time to really sit down and take ownership of who I wanted to be. I also didn't know myself all that well. And so over the past couple of years, I've really done a lot of digging of who I want to be, where do I want to go with this, and like how can I take charge and show up and be seen how I want to be seen. And that is through ARCHIE. It represents me taking this ownership and also introducing new elements into my performances that I've always wanted to have, such as dancers. I wanna have a girl gang on stage with me and I have that now and I'm just so happy [laughs].

Getting into the music, what type of style were you driven to or appealed to you and what you're trying to do with your music? And how is that evolving and changing as well?

Yeah, it's hard to describe. I'm inspired by so much. I'm largely inspired by cartoons in the way they make me feel. Every time I make something, I'm just trying to describe a feeling. So it takes so many different styles. You'll hear on this project I have coming up, there's jazzm there's some atmospheric stuff on there, there's some funk on there, there's some straight up R&B. I'm just trying to describe the way I feel and share that with people. So it takes takes on a lot of styles, but I think it's geared more towards R&B.

I love hearing that you're inspired by cartoons. You mentioned on air a little earlier about King of the Hill. What about cartoons inspires you? Which ones maybe in particular influenced you musically?

Yeah, I'm incredibly inspired by female characters in cartoons. The way they look. I wear a lot of different kind of hair and and I'm always recreating a cartoon I've seen for the most part. It just really inspires me creatively to think of a whole new world. They just can make any world they want exist and I want to do the same, the best I can. I'm just really inspired by that. Like creating your own world.

You premiered a new song with us, "Summation." And you described it as kind of a reminder to be true to yourself. As you're working on new music, how is that idea informing your work?

So I am putting a lot more of my personal vulnerabilities in my music. The first project I ever came out with, 'Debutante,' it kind of felt like a collection of demos. I had just started practicing songwriting. I hadn't been doing it very long and it was just like a nice collection of songs that I'd had that I liked and that I wanted to share. But this next EP has songs that deal with how I feel. A lot of things around... I am constantly trying to ease my own anxieties and remind myself just to look at the bigger picture and take steps to be the person I want. I don't have to have it all figured out right at this moment. Life is a long journey and I have a lot more left to go. Things about how I show up in relationships and how I can behave under stress and also realizing that I'm a bad bitch. That's one of my favorite songs I've written on this next project called is "Bad Bitch."

Is it cathartic as well? When you're dealing with these kind of ideas you're talking about, when you approach it in your music does that give you any sort of release personally or emotionally?

You've mentioned before that "Summation" was originally going to be on Taylar Elizza Beth's Fresh Cut Flowers EP. Is collaboration something that's important to you and do you have any other collaborations in the works?

Yes, I love collaborating! I didn't do really any of it until this year because I'm just so afraid to approach other artists because I think they're just all so amazing. But I have a collaboration with DoNormaal on the upcoming project, which I'm really excited about. And I have some collaborations in the works right now. I also just released a song with another local artist Like Lions. It's called "I Remember." You can hear it on Spotify. I love collaborations. It pushes me into directions I wouldn't normally go on my own. And I love that. I love growing.

What type of experience do you like to curate onstage for your audience?

Eventually, I'm working towards creating an experience where people come and they feel entertained and they feel connected and they feel emotionally invested. I want people to forget themselves and forget any masks and just be in the moment, excited with me. That's what I'd like.

What do you like about performing live? What's your favorite aspect of it? You mentioned you know being on the stage is so important to you.

Being on stage, it pushes me to grow as a person. It forces me every time to overcome my anxiety in that moment and put on a show and to do my best and to do something vulnerable. Singing is very vulnerable. You're using your body to make these sounds and hopefully people like them and aren't horrified. I love that aspect of it, it fills me with an electric energy to overcome that fear every time.

You're playing Concerts at the Mural on August 23, anything special planned for that show?

We do have some special things planned but I'm keeping it under wraps right now. We have a couple of ideas we're floating around and we're gonna see which one works out. So, yes, there will be a nice little surprise.

You mentioned the eclectic styles on the new record you're working on. What are some records that are really inspiring to you?

I would say there's different individual songs. Well, I guess, 'Life of Pablo.' I just am so inspired by that whole record. That feels like an eclectic record. There's so much on there. The Gospel and the hip hop. I love it so much. I am very inspired by individual songs. So on this next one, I would say there's 'Teardrop' by Massive Attack – that inspired a lot of emotions in me that I resonate with that kind of drove me to develop different songs for this project.

Are there any more details you can share about the new record?

Yeah, it'll be four tracks. It'll be a nice, short, emotional ride. Hopefully you get to to know me a little better through this next one. It'll be a vulnerable projects but uplifting. 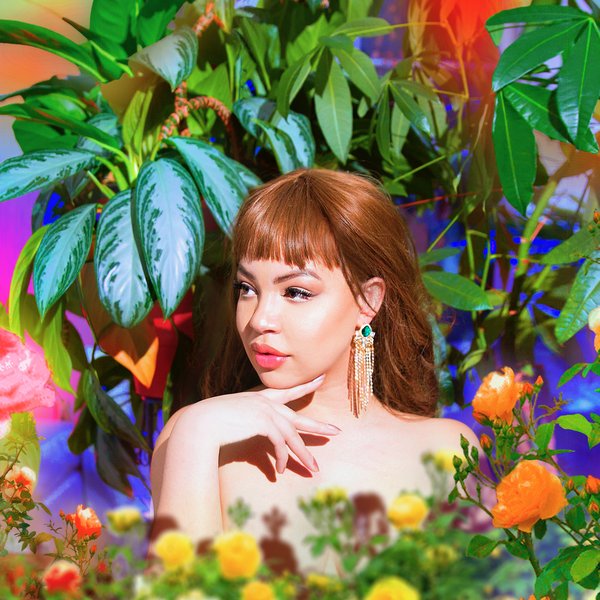 ARCHIE (formerly known as PSA) Stays True To Herself With “Summation” 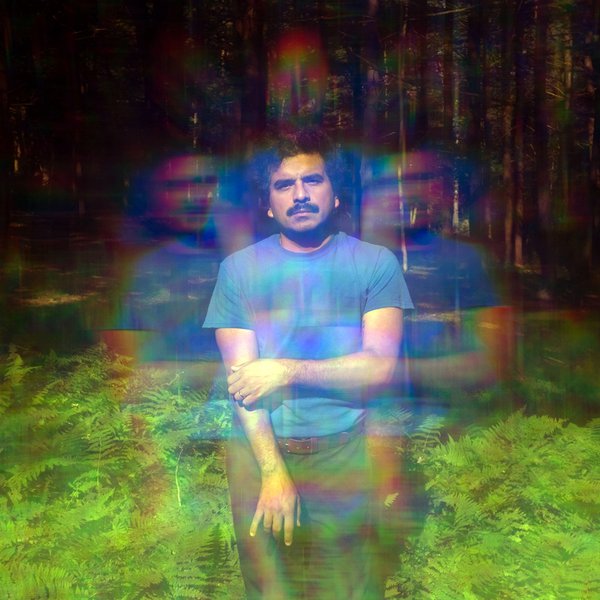 Fresh off the release of his stellar new album 'This Is How You Smile,' NYC-based Ecuadorian-American musician Helado Negro delivers a loose and funky guest DJ mix for Midnight in a Perfect World spotlighting infectious underground gems that boast an effortless groove. 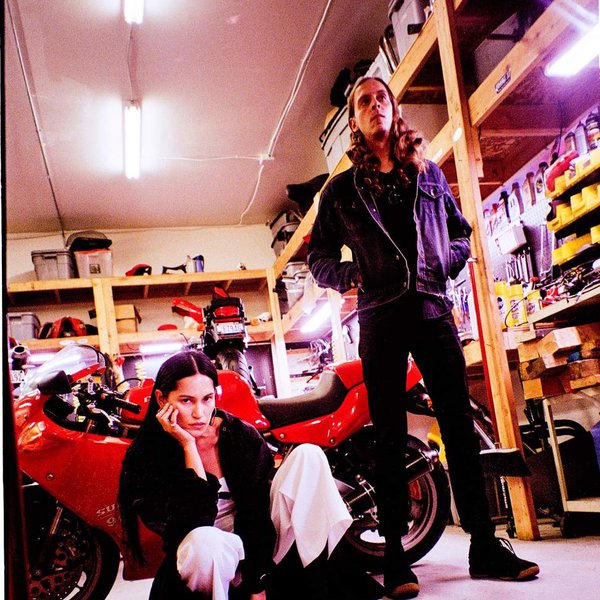