We’re now at an acceptable era to be nostalgic for the music of Bon Iver’s Justin Vernon and The National’s Aaron Dessner. That’s a pretty silly statement on its face and I get the feeling that both artists would scoff at the idea of nostalgia – a term that often pains progressive thinkers, always looking forward for their next venture and not wanting confine themselves to the past. But a familiar longing for a time in your life is a concept that’s bigger than any contrasting sentiment. Bon Iver’s landmark debut For Emma, Forever Ago came out 10 years ago and arguably The National’s most definitive record The Boxer came out just a year before that.

Those albums could be considered “modern classics” to any music fan, but the ideas of canonization ring stronger for fans who were a certain age around the records' zeitgeists. I admit this is anecdotal from my own experiences and observations, but if you were in your late teens or early 20s when either For Emma or The Boxer came out and you were into “that type of music” (melancholic, introspective musing and a bunch of other shit Hipster Runoff would grill you for), chances are those albums means something to you. Vernon’s sessions in isolation that birthed For Emma became both a model for artists and a meme for snarky consumers to reference. The rickety recordings of riveting acoustic music in almost indiscernible language fueled a fire of introspection in young people in an age that was quickly being marked by excess of technology. Meanwhile, The Boxer was being upheld with so much lofty importance that it too started to grow into an uncontainable myth.

Legacy gets out of your hands, but it’s primarily good-will extended to both Vernon and Dessner. Whether they intended to or not, they became definitive of a certain era. It’s something Dessner seemingly acknowledged in 2009 when he began work co-producing and curating with his brother Bryce Dessner Dark Was The Night, a benefit compilation for Red Hot Organization and itself a dorm room staple upon release. The Dessner brothers told Billboard the lineup of artists they chose was to “capture this musical renaissance, which may not have the cultural impact of grunge or punk, but is equally significant from a cultural and creative standpoint...these artists are not fringe or marginal.” That comp is filled with already established heavy hitters like David Byrne and Yo La Tengo, but also accurately predicted the ascent of Sufjan Stevens, Ben Gibbard, Feist, Jonsi, and numerous others as torchbearers for a certain era of – let’s just say “indie rock.” Of course, Bon Iver and The National were included as well. How could they not be? Dark Was The Night also features the first instance of Vernon and Dessner working together with a song called “Big Red Machine,” a piece of looping string sections and rattling piano keys that’s as murky and stirring as the compilation’s title.

“People start telling you you're really cool, and you get really tired of yourself after a while,” Vernon told NPR in an interview published on Aug. 31, the day he and Dessner would release their self-titled debut under the Big Red Machine moniker. It’s part of the philosophy that guided Big Red Machine into existence. A denial of their status by taking a populist, open door approach to music. Alongside the album’s arrival is PEOPLE – a name that serves both as a collective of like-minded artists collaborating across the globe as well as a music distribution service akin to Spotify but self-contained to this group of musicians. And while Big Red Machine was composed with this expansive resource of artists, it’s Vernon and Dessner whose names are most closely tied with the project (rightfully so, as principal songwriters). The rollout for Big Red Machine has been more understated than either artist’s most famous projects. Singles were quietly release on the PEOPLE platform without much fanfare. Maybe it’s what its creators had hoped for. If so, it’s a smart strategy. The cache behind these two is insurmountable. It seems as though they’ve wanted to create something outside of themselves, something without the baggage that would’ve come if the album had been billed as Bon Iver & The National or hyped up as the mopey indie rock Watch The Throne (although Vernon has become a frequent collaborator with Kanye West – could this be what West’s weekend tweet referred to? Definitely not).

Even ambiguity can’t keep listeners with access to Google from quickly realizing who is behind this stirring set of 10 warm, constantly twisting and stuttering tracks. Let alone the fact that Vernon’s voice is too distinguishable to ignore. The 10 years or so behind them, it’s remarkable listening to Big Red Machine and thinking of where these two once were and where they are now. The record isn’t as much of a musical surprise following Bon Iver’s riveting experimentalism of 22, A Million in 2016 and the shivering electronic tones that blanket The National’s 2017 LP Sleep Well Beast. If anything, it’s a logical next step or middle ground between the two. But it’s a far cry from Vernon’s cabin poetry and The National’s slow burning, anthemic balladry in their past lives.

The music on Big Red Machine doesn’t exactly feel in line with the song “Big Red Machine,” but there’s an underlying feeling that’s still there. Big Red Machine is marked with a feeling of wandering. Trying to parse through Vernon’s obtuse lyricism is still a fool’s errand in 2018. But as he taught us when he first sang “gluey feathers on a flume,” it’s the intention behind the words that matter most here. There’s still a powerful emotional pull when he sings “I met her at a hard grave/A heat wave hand-shake way” on opener “Deep Green,” swiftly sputtering out the words while wobbling tones and slinking guitar lines twirl against the patter of drum machines. On “Graditude” he gets direct, bellowing out with immediacy, “Well I better not fuck this up.” He sings with conviction, even when you don’t know what’s driving his urgency. The beauty of his lyricism is that it allows room for the listener to draw their own conclusions, to feel the rawness of Vernon’s spirit and recognize those same feelings in themselves. And likewise with Dessner’s production. The beats and lush arrangements are there to be not just fawned over, but are open and ambiguous enough to let listeners drift off into their own thoughts.

The record plays like a meditation. Impressionistic thoughts sent off into the world, rolling together into a breathtaking 46-minutes. It’d sound just a lovely even if it weren’t Vernon and Dessner working behind it. But what their presence does add is a new chapter in an ongoing narrative arc of two beloved songwriters of the late aughts who continue to innovate and explore. There’s no cash grab to be had in making an album this open-ended and exploratory. Rather, it’s a beautiful fleeting moment of collaborators coming together that’s only heightened by the context of knowing the varied and excellent work they’ve both done in their past under different names and made in seemingly different lifetimes. The bellowing piano chords and gospel howls of album highlight “Hymnostic” capture the communal spirit of the record, a welcoming chorus of voices begging to let more voices to join in. Dessner and Vernon may scoff at their own status and it’s maybe a testament to their character they do. But Big Red Machine succeeds in both becoming something larger than themselves and also one of the most beautiful manifestations of themselves yet.

Big Red Machine is out now via Jagjaguwar Records. 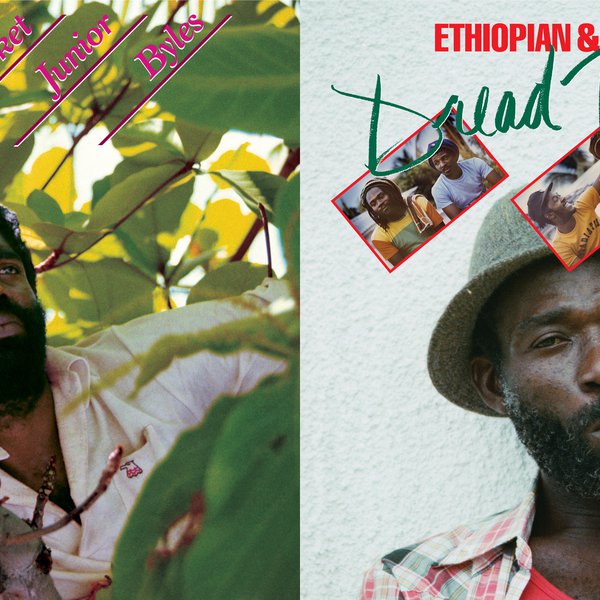 As the Omnivore label continues on with their reissuing of the old reggae Nighthawks Records label, well, here’s two more from the vaults. 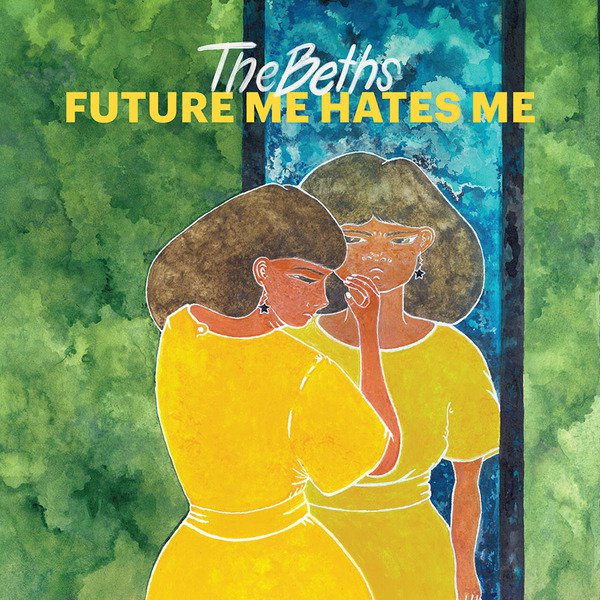 Album Review: The Beths - Future Me Hates Me (Carpark Records)

The Auckland, New Zealand quartet The Beths make us weak at the knees on their debut full-length.