Mudhoney's Mark Arm Looks Back at the "Grunge" Days with KEXP

...I think if someone had told Green River Mark that someday he would be in a band that lasted 30 years, he would have thought you were nuts and probably would have made a really sarcastic comment.

With a new album, Digital Garbage, slated for release this September, the iconic Seattle rock band, Mudhoney, has achieved something many groups don’t: a career spanning four decades and 10 records in the books. With the throaty, charged singing of frontman, Mark Thomas McLaughlin (aka Mark Arm), Mudhoney has been a major part of the “grunge” pastiche in the Emerald City, helping to inspire the massive groups that followed. As the Sub Pop 30th anniversary approaches, we wanted to speak with Arm (a longtime Sub Pop veteran) to talk about the origins of his band, how his singing developed and what he learned from Green River, the early band he played in prior to forming Mudhoney.

KEXP: Where did your last name (“Arm”) come from?

Mark Arm: It came from an inside joke between my friend, Smitty, and I from the Mr. Epp days, in 1981-82. We were having a fake argument, using non-offensive body part names and it culminated in Smitty calling me “Arm Arm,” at which point we just burst out laughing. That was the seeds of it.

Do you remember when you first started to love music?

Music has always been a part of my life ever since I was tiny. My mom was an opera singer and she played classical music constantly. But I didn’t really get into music until I started hearing about rock ‘n’ roll when I was 4 or 5 years old. I remember singing a Beatles song, even though I hadn’t heard it yet. Like going around singing, “She loves you, yeah, yeah, yeah!” even though I had no concept of love or you or yeah, yeah, yeah.

What crosses your mind when you think about that first Green River album?

It could have been better. I really haven’t listened to it in a very long time until recently because it was reissued on Jackpot Records. The record was clearly me just figuring out how to vocalize. Because before that I’d come from a hardcore background. The early Green River demos were very much “Rawr, Rawr, Rawr!” and I was trying to come up with something else but I hadn’t really formulated anything yet. I think, on that record, the first three songs are pretty good. Then it gets into this weird space where the songs had galloping time signatures and too many parts.

We were just figuring it out. We knew we didn’t want to play hardcore by rote anymore. All of us except Stone [Gossard] had been in hardcore bands and at that point, hardcore meant bands like Minor Threat and Negative Approach instead of — I don’t know what hardcore means these days. But I was super into it. At the time when it first popped up in like ’83, it was really fresh. It was music that obviously was played by kids for kids and had no inkling of any kind of commercial anything.

Do you embrace the idea that you’ve been an influential musician?

I would ask that if you say that to prove it to me. A lot of times, we’ve run into bands or come across bands that they sound to me influenced by the same things that we were influenced by. Maybe we’re added to that mix, but I don’t think we’re it, you know what I mean? There’s a continuum in music. It’s even hard to find the starting point to rock ‘n’ roll — is it a Louis Jordan song, Fats Domino, Big Mama Thornton? It’s definitely not Elvis Presley, but that’s what people at the time heard through their Transom.

What does the word “grunge” mean to you now?

To me, it’s just shorthand for this thing that happened largely in Seattle. And there’s like 4-5 pretty big bands from the Seattle-area that I guess it refers to and a couple more from other places. But it doesn’t really mean all that much to me. There were bands like us and TAD, Screaming Trees, and a couple others on a lesser level. When the average person talks about grunge, they might have heard our names.

I think of all those bands as being all fairly different, though. They’re all rock ‘n’ roll and loud, especially compared to what was happening in the charts at that time. The chart version of rock ‘n’ roll before that was Poison and shit like that and that didn’t seem very authentic. And I guess that’s one thing all those bands have in common: they’re authentic. No one was playing that kind of music before, like what Nirvana and Soundgarden and Pearl Jam and Alice In Chains were playing before they actually became a thing that hit charts. There was nothing in the charts that would indicate anyone would become famous from the music we were making.

Much of the new Mudhoney album, especially on the second half, carries a strong protest theme. What inspired that?

Have you been around for the last couple of years? There are three songs on the second side [of the record] that are almost religious things or deal with the intersection of religion and politics as it exists here. But the first side has “Please Mr. Gunman,” which seems also political or social or whatever. And “Night and Fog,” which is basically about rounding people up and disappearing them. And that’s on side one. It’s all throughout the record.

What do you like about writing and releasing new music?

Writing music is a creative endeavor and I really like working collaboratively with the other guys in Mudhoney. I think we’re on a similar wavelength but we’re also different enough where we can pull each other in cool directions. Generally, if someone brings up a riff in a song and has a particular idea in his head, by the time it’s done, it’s going to sound different and hopefully better because of everyone’s input.

You sing with what I would call a “rough vigor.” Are you surprised your vocal chords still work?

I don’t know why my vocal chords do what they do. I’ve never had any training. The only thing my mom told me from her opera singing background was to breathe from the diaphragm when you sing. I’ve no idea why my voice still works. And there are times when it doesn’t. Usually, that happens if I get sick on tour; it won’t work as well. And if I don’t get enough sleep, it fades. So as long as I stay healthy and get enough sleep on tour, which are two difficult things, everything’s fine. Also, I have to kind of warm up to get it in shape. If there’s a fallow period when I haven’t done any shoes, it takes a couple of practices to get rolling.

Well, it’s kind of weird that after 30 years, we only have 10 albums out. It kind of means we’re not as prolific as we should be... I guess in a way, it says we’re somewhat lazy.

Has your approach to writing changed over the last 30 years?

Um, not much. Generally, it’s been how I described earlier: someone will bring in an idea then everyone works on it. And for the most part, I do the lyrics.

What does it mean for you now that Mudhoney has 10 albums? If you could talk to Green River Mark, what would you tell him?

Well, it’s kind of weird that after 30 years, we only have 10 albums out. It kind of means we’re not as prolific as we should be. A lot of bands like The Fall or Billy Childish or what Ty Segal has been doing — I guess in a way, it says we’re somewhat lazy. And I think if someone had told Green River Mark that someday he would be in a band that lasted 30 years, he would have thought you were nuts and probably would have made a really sarcastic comment.

Mudhoney is celebrating their 30th anniversary with Sub Pop and will share stories about the good ol’ days with Nils Bernstein and Ed Fotheringham on Thursday, August 9th from 6-8 PM in the KEXP Gathering Space, FREE and All Ages. This event is free and open to the public as part of Songbook: KEXP’s Music and Storytelling Series. And catch Mudhoney on Saturday, August 11th, playing Sub Pop's 30th Anniversary concert on Alki Beach in West Seattle. 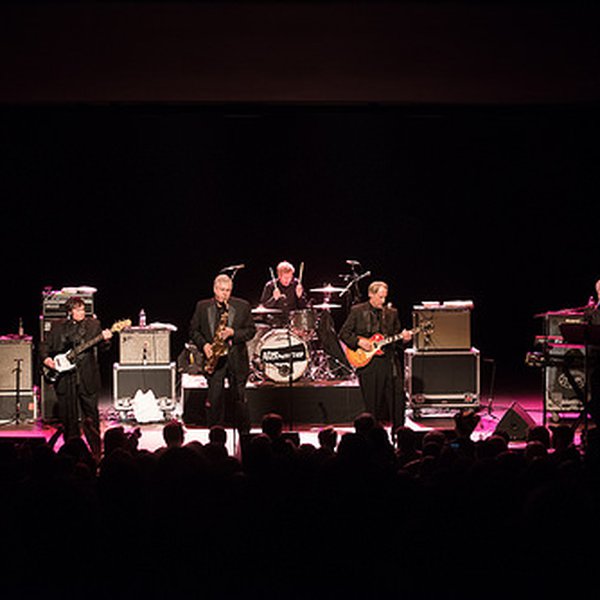 Last week, three generations of Northwest rock converged to shake the dust off the walls of Seattle's venerable Moore Theatre. Headlining the night, Tacoma band The Sonics, celebrated the release of their first album in 48 years, which, if you've been hearing us spin it regularly on KEXP, sounds li… 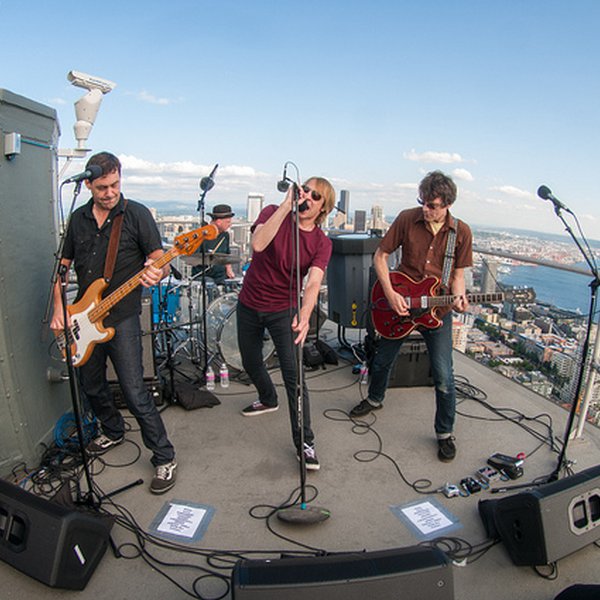 Song of the Day: Mudhoney - Touch Me I'm Sick (Live on KEXP) 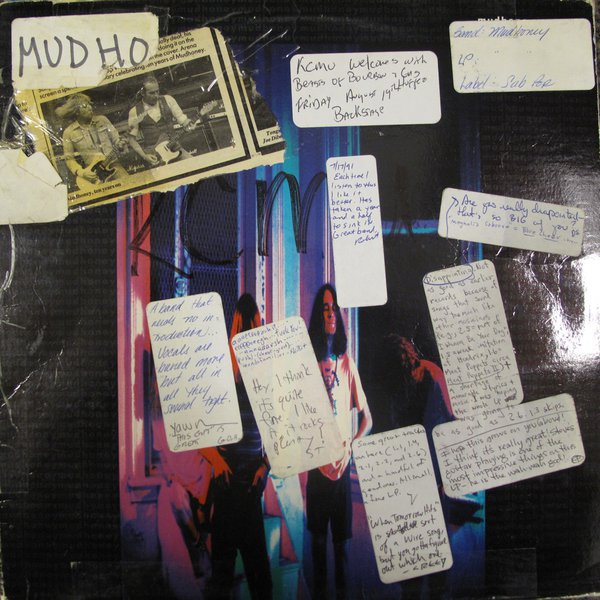 Did somebody say Jack Endino? Here's one of those Endino-produced classics I was talking about last week. If Mudhoney needed no introduction by the time they released their self-titled debut LP in 1989, at this point they should be, I don't know, playing on top of the Space Needle or something? Oh,…