Review Revue: Ministry - The Mind Is a Terrible Thing to Taste 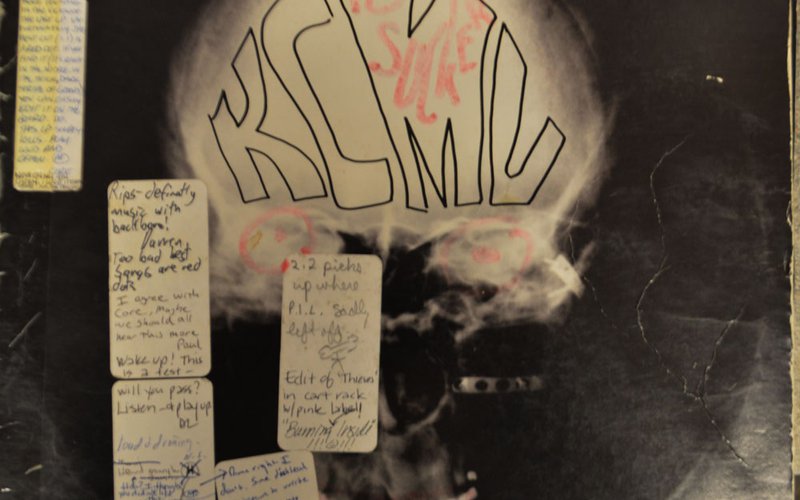 I'm really glad I was born when I was. The idea of going through teenagerdom without the blistering, angst-laden pounding of Ministry (particularly late '80s and '90s Ministry) as a soundtrack seems too awful to imagine. Apparently billions of pre-gen-Xers managed it just fine and grew into perfectly normal, well-adjusted adults - how terrible!

It always makes me happy to see an album that I loved as a teenager receive more or less unanimous acclaim by smart, snooty college radio DJs of the era. There is one poor fellow who tried to make his case against this monstrous slab of vitriolic rock magic, but, in what might be the first documented case of pre-Internet sock puppetry, his own words were mangled and repurposed by the rabid Jourgensenite masses. Or something.

"More pounding in the [VC?] over the last LP. Unfortunately the best cut (1-1) is a red dot. If you find it (it's right in the middle, in the thick, dark stripe of grooves) you can easily edit it on the board. Do. This LP simply kills. Play loud and often."

"I agree with Core, maybe we should all hear this more."

[Confusing comment with some words scratched out, "hard enough" or "heard enough" visible, and an "H" crossed out.]

"Damn right I don't. Some dickhead too insecure to write their own comments keeps fucking with mine. (Something happened to what I wrote on that Women of Africa comp). I guess someone feels [scribble scribble] they're so unpersuasive that they can't use their own words."

"I like! They've got a whole new set of fans now (few ''With Sympathy' folks'll like this). More power to them!" 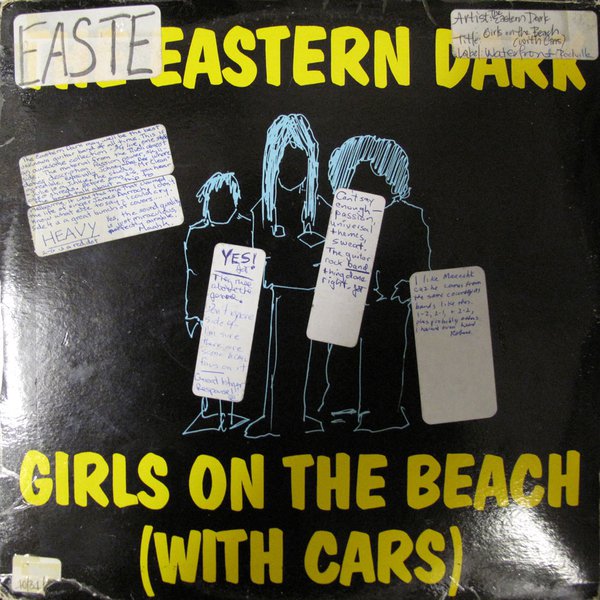 Review Revue: The Eastern Dark - Girls on the Beach (With Cars)

I've covered a few Australian bands in this space over the years, the majority of whom appear to have been related to this Australian band. The Eastern Dark, the Internet tells me, contained ex-members of both The Celibate Rifles (Eastern Dark founder and singer James Darroch) and The Lime Spider... 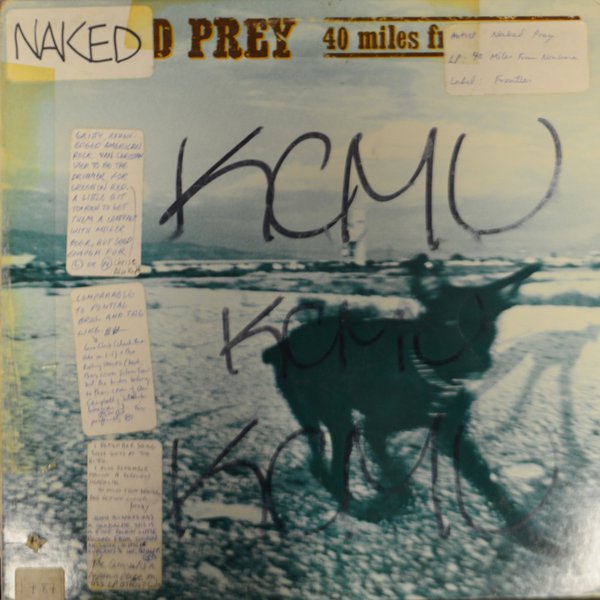 The more or less random selection of Tucson band Naked Prey's third album from the shelves at KEXP was something of a blessing for me - and hopefully for you - as it led me to the web site and Bandcamp page of Frontier Records, a label whose tastes seem to have been wide open and ranging as their...