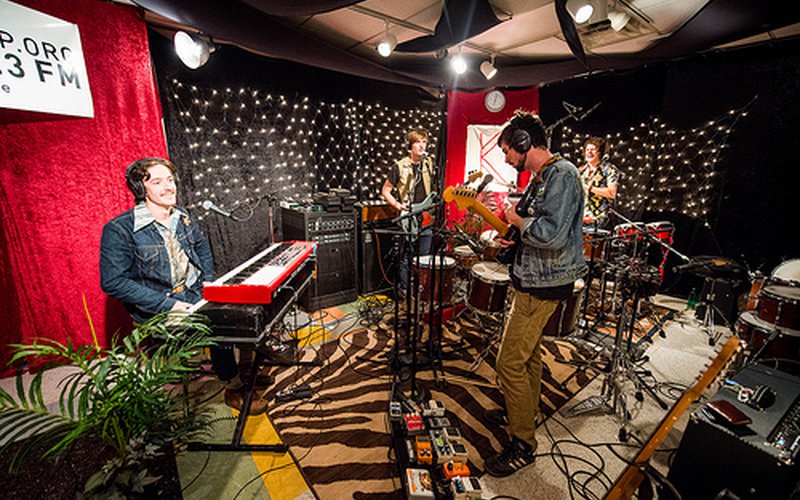 Few Seattle bands put on as energetic and frenetic of a live show as Kithkin. In keeping with the fantastical woodland creatures they're named for (from Magic: The Gathering), the group is even known to decorate the stages they play with fir trees and other forest paraphernalia. They are slated to participate in this year’s Reykjavik Calling Saturday on Saturday, October 12, and will be playing later in the year in Reykjavik during Iceland Airwaves. We had a chance to catch up with some of the members of Kithkin (who all also have magical-sounding monikers) to talk forests, Bumbershoot, Iceland and more!

Do you have collaborative plans with the Icelandic bands at the Reykjavik Calling show? What are your expectations for the night?

Spirit Treader: Well, no conclusive plans yet, but as of right now (after a very brief strategy conversation amongst ourselves) the plans will likely involve a lot of drums. We find that drums are usually the solution when challenges present themselves. That and trees.

On a recent camping trip to explore the ancient spirit of the Hoh Rainforest, we discovered that old growth Douglas Fir roots are easily fashioned into rudimentary swords for the purpose of recreational hand-to-hand combat. Similarly, we discovered that Cedar planks are great for smoking more flavor into those terrible sandwiches available at the Kalaloch Mercantile. Simply place the whole sandwich atop the wood, and extend over an open flame. Smoke to taste.

As far as our expectations for the evening, we hope to create sufficient enough sorcery to convince people that Our Magic Is Real, and that the impending End will just be a new beginning. With the aid of Sin Fang's own brand of Icelandic Witchery, which Kithkin has been studying lately, we believe the mana pool will be large enough to execute such a task.

We also expect to play music.

You're going to be bringing the Kithkin forest to the Icelandic terrain. Any worry about the new landscapes?

Spirit Treader: It is true that Kithkin will be performing for the first time this far outside of Cascadian territory when we journey to Iceland Airwaves. However, our aforementioned recent studies of Iceland revealed a similar guiding mysticism binding the two, which might explain some of the cosmic kinship its people have been experiencing recently. In this article in the New York Times, Sarah Lyall explores the "delicate question" in Icelandic culture as to whether or not elves exist.

As a museum director quoted in Lyall's article explains, the situation is a complex one. While Bjork explains that the elf question has become a Nordic cliché, even she cannot rule out their existence.

From the article: "We think nature is a lot stronger than man," [Bjork] said in another interview, when the Elf Question came up. "A relationship with things spiritual has not gone away."

In light of this information, Kithkin believes that the transition from a Cascadian audience to an Icelandic one will be relatively simple, as our general sense of the existence of a powerful nature-spiritry is similarly shared.

Also, Kithkin seems to share an interest in paper crafts with many Icelanders. This will also likely ease the transition.

Kithkin played Bumbershoot this year, and now is preparing for Iceland Airwaves. But you’re also playing in other side projects. How do you go about balancing your creative lives with the main band and with those other projects?

Bigfoot Wallace: All of our side projects are a part of the greater musical universe that Kithkin inhabits. We all add to this universe in Kithkin and in our own creations. Kithkin is the Dungeon Master, creating the world, giving flavor to the setting and the history. At the same time Bigfoot Wallace, Shredder, Tin Woodsman, and Spirit Treader are players in this Dungeon (called life). It's less of a balancing act and more of a supplement to Kithkin.

We also recently acquired the cloning machine from The House of Cosby and have been using that to do several things at once.

How and where and why did Kithkin form? And what does the name Kithkin mean?

Tin Woodsman: The word "Kithkin" stems from the Old English word cythth, meaning "friends" and Kin which means "family". Members of Kithkin are both friends and family, we live together in a house we call the Biodome and rely on each other's survival skills in day-to-day life.

The name "Kithkin" also stems from an adorable yet robust race of creatures in the Magic the Gathering universe called, Kithkin. Kithkin are MTG's version of Halflings/Hobbits. In addition to being tiny and agile, Kithkin share thoughts and emotions through a collective consciousness called the thoughtweft.  Much like Kithkin, Kithkin are small, agile and share emotions amid themselves and onlookers through the thoughtweft of musical performance. Kithkin lived in an idyllic country of Amrou Haven until "The Apocalypse" destroyed their home at which point Kithkin began the rebuilding of their fallen dominion. The tales of Kithkin inform the music and lives of Kithkin to this day.

Further reading on Kithkin can be found here, or through the devout study of Magic the Gathering playing cards.

What is the band’s favorite moment on stage, favorite gig?

Bigfoot Wallace: Perhaps our favorite rock ‘n roll memory was during one of our more insane performances of "Fire Mumblers". I was in the depths of the second organ solo and Shredder happened to play the exact harmony of the solo. A portal to the Feywild was opened right on stage. Later, Shredder told me this was on purpose and that he owed one of the Fey money from a dice game.

Watch a video of Kithkin below and be sure to come see them for FREE next Saturday at Neumos for Reykjavik Calling. 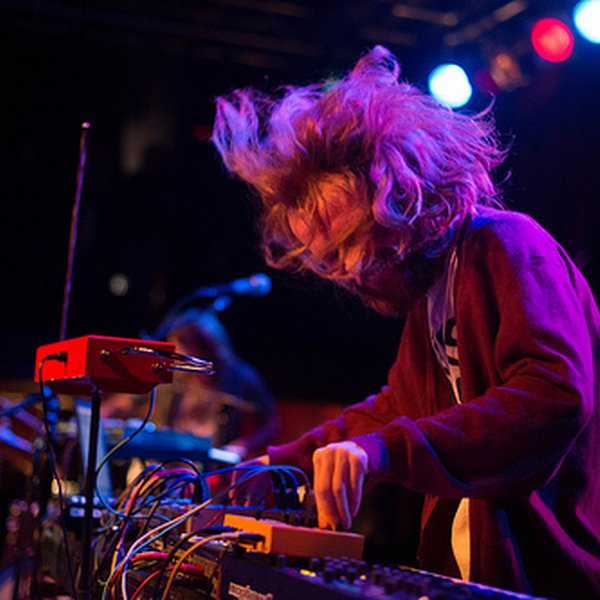 KEXP is back in Iceland this week, broadcasting live during Iceland Airwaves KEX Hostel in Reykjavik. On Wednesday, October 30, through Friday, November 1, we present 15 bands live on air, including Moses Hightower, Emilíana Torrini, Ásgeir, John Grant, Pétur Ben, Mono Town and many others. (See ... 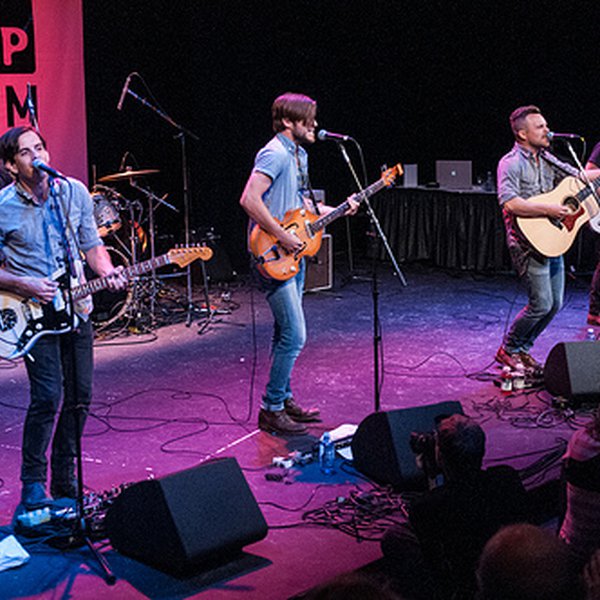 Shut eyes, wide mouth, brow furrowed -- lead singer Tim Wilson’s face reads passion. If there was any doubt about his care for the songs he sings with the five-piece band Ivan & Alyosha, just take a moment to look at his visage. The band, one of the most well-coiffed in the business, took the... 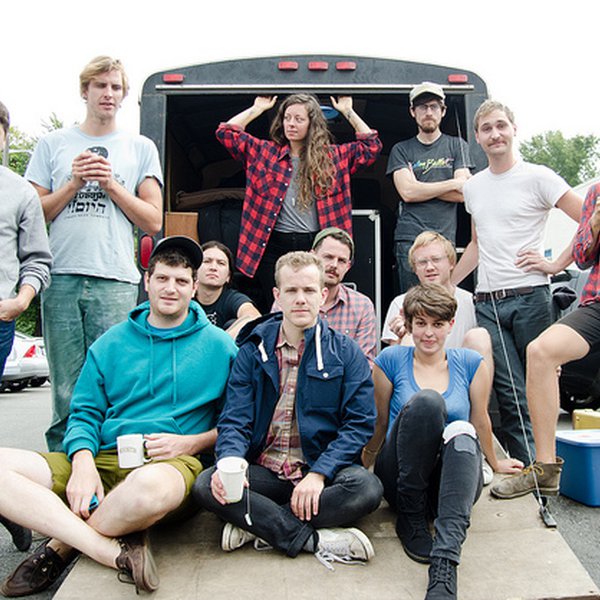 Song of the Day: Typhoon - Dreams of Cannibalism 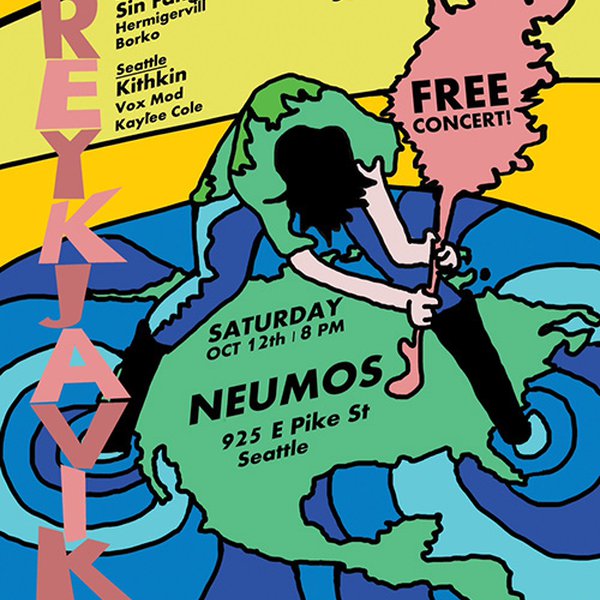