King Gizzard & the Lizard Wizard on Stamina, (Many!) New Albums, and Keeping it Together During Lockdown

"Can anyone in the band actually name all the records?," challenged DJ Cheryl Waters. "I got $100 right here for anyone who can do it."

"It'd probably take up the whole session," someone quips off screen.

He's not kidding. Austrailian psych-rock band King Gizzard & the Lizard Wizard only started back in 2010, but already, they have 23 full-length albums in their discography. Earlier this year, they released Made in Timeland (March) and Omnium Gatherum (April.) Just last month, they added three more to the list: Changes, Laminated Denim, and Ice, Death, Planets, Lungs, Mushrooms and Lava.

The band stopped by the KEXP studios in early October, during their recent North American tour, a cross-country trek which featured marathon three-hour set lists. (For the record, this KEXP live performance is more like 44 minutes.) Watch the guys bring their mind-melting music to the KEXP live space, and check out their chat with Cheryl below.

THIS INTERVIEW HAS BEEN EDITED FOR LENGTH AND CLARITY

KEXP: How much did the long period of lockdown contribute to this being another year we've got five records coming out?

Stu Mackenzie: Definitely, somewhat. It meant we had more off time, less touring. We spent some just thinking, being pensive. "Who are we? What are we doing?" That sort of thing. We definitely wrote a lot of songs in lockdown, but I'd say for the records that came out this year, they were mostly about us getting back together and being a band in the old-fashioned sense again: jamming, getting in a room together, making music, feeling each other's energy, improvising, that sort of thing.

During the lockdown, you had to come up with a different way to approach making music. You had to create little studios in your own homes and do a lot of stuff on your own. Did that sort of create a new way of making music?

Joey Walker: Definitely. You can hear it on those albums that we did via correspondence, during the peak of the pandemic. [ed. note: 2020's K.G. and L.G.]. It was good in a sense, because it meant that, you know, Cav's our drummer [Michael Cavanagh] and Ambrose [Kenny-Smith, vocalist] hadn't done as much production work as, say, Stu or myself or Cook [Craig, multi-instrumentalist]. [They were] kind of were forced to be autonomous and learn how to record themselves. That's how we were sending stuff to each other, through emails, just like kind of layering everything on top. And then, yes, as Stu said, all these albums from this year, primarily, are a response to how we made that. Just us playing together, in this context, felt really good after such a long time.

You're like best friends. I mean, you do really love each other and you can see how much you like hanging out in your free time and as a band. And it must have been hard to be apart for that time. Did you try to have those Zoom Happy Hour-type of things or was just creating the music and trading that back-and-forth enough?

Stu: We actually did do quite a few Zooms and Face Times and hangs.

Joey: Then it gets boring, you know? But yeah, it was hard not seeing everyone. Obviously the guys, but then all of our friends as well. Everyone in the world had their own version of that. But it's good to be back.

You're doing these marathon sets now. And I'm wondering, how you get away with that? And Michael — I mean, he's really pulling the heavy weight there. I don't know how he does it. I wonder sometimes if you're sneaking in a stunt double there.

Ambrose Kenny-Smith: He had to have a banana last night.

One banana in three hours? I think that's not too much! But how have those been? You know, musicians say, "oh, we love to play. We could just do it all day, every day." But, there's something to be said about, you know, hours and hours of playing. Do you have to get in some kind of a mindset? Do you lock into some sort of a groove? How does that work?

Joey: Yeah. I think initially, when we kind of on-paper planned to do these marathon sets, they were a lot more kind of daunting, especially because this tour that we're currently on was booked in 2019, to happen in April 2020. So, I think as the pandemic went on, the notion of these huge shows is a bit daunting. But then, this year has just been so good in terms of how we're playing together and just kind of, I don't know, unbridled, it's easy. I think the format is actually really conducive to how we're playing together now, so they feel like they go by really quickly, which I think is all you can ask for, for three hours worth of trying to keep someone's attention.

I know they go by quickly for the fans as well. And it's incredible because you don't play the same sets every night. So, that's a massive amount of songs you must have to know. I mean, do you spend half your life in rehearsals as well? Or maybe no one cares if you sing the wrong lyric or play the wrong note? Although I know the fans notice because they know every word.

There's no wrong notes, isn't what they say?

Stu: Yeah, it's just jazz. I think I'm at peace with that. It's certainly a lot more invigorating for us to mix up the sets. We do have to do a soundcheck. Like every day before a show, we really, really have to do a soundcheck and run four or five songs that maybe we haven't played for a while, or just kind of harder ones that require a little bit more memory.

Joey: I think it's like an antidote to just having the same set when you're out on the tour. Like it's great, but you can get really used to it and kind of disengage sometimes. It took a lot of work for us to get all of the catalog together, but once we have, it's just a lot more stimulating to be on tour and play, you know?

There's probably a lot of songs you can't play, though.

Stu: There's stacks. Yeah, I don't know how many songs we have, but we've been playing like a little over 100 that's in the rotation at the moment. So, it's a fair few to remember.

That's amazing. Well, you've spent most of your adult lives as touring musicians. It's your business as much as you enjoy it. And living in Australia, you have to kind of go out for a longer period of time because it's so far to travel. And as you get older — I'm not calling any of you old — but, you have to think about the longevity of how you do things and how you're going to take care of yourselves. You know, like taking your family out on the tours with you, so you're not away from them so long. But do you think about that now? Like, finding a way to take care of your mental and your physical health and make sure that you can do this for a long time?

Stu: Yeah, we definitely do. And it's definitely something that we have to think about now that we're a little bit — tiny little bit older.

Joey: The big tour we did the start of the year was the longest we've ever been out. That was just a response to not being able to tour during the pandemic. I feel like from now going forward, it'll be fairl chill, like just under a month or so, which is fine. But yeah, we'll try and keep active. 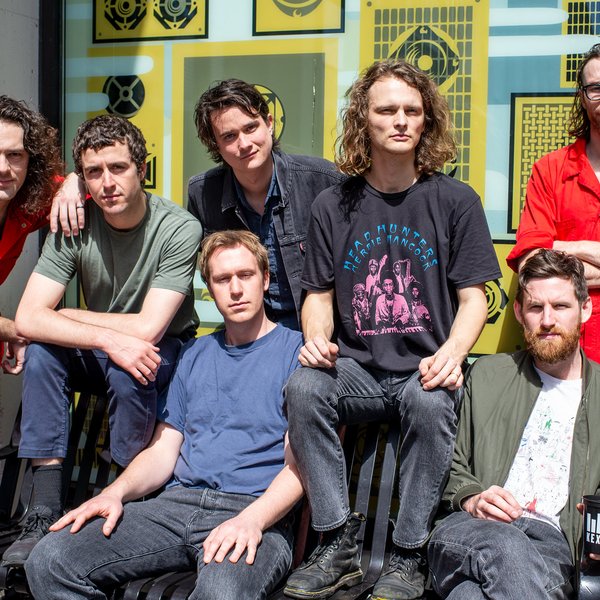 The 30-minute film RATTY is available to rent now. 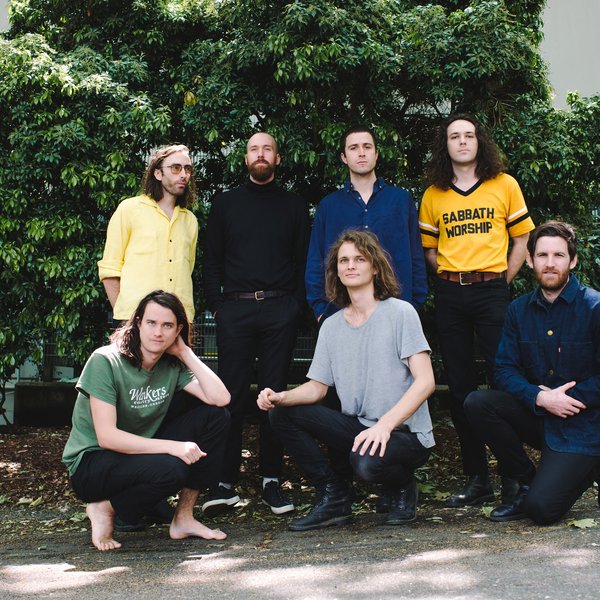 Australia's King Gizzard & the Lizard Wizard set themselves on fire in the new video for the track "Self-Immolate." 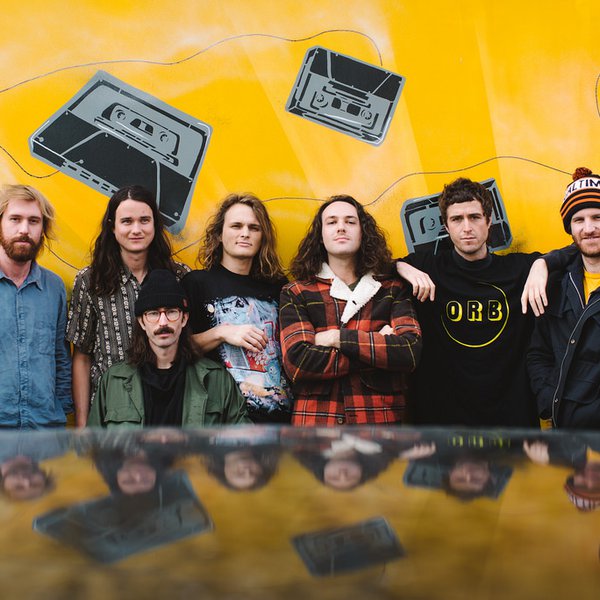