It’s KEXP’s 50th anniversary, and to celebrate we’re taking an in-depth look at each year of our history – from 1972 to 2022. All year long we’ll be bouncing around the timeline, pulling out the best music from a different year each week – and this week, we're looking at 2018, the year Albina Cabrera, KEXP's Latin American Content Producer and co-host of El Sonido, discovered Puerto Rican artist Bad Bunny.

Translated by Sarah Green at Partners in Language Access (PILA)

I moved to Seattle on the first day of October 2018. I had come from Argentina for a two-month international volunteer position at KEXP. Having arrived at this musical mecca, I was on indie-rock cloud nine; three years earlier, I had been nothing more than another rocker. I won’t lie — my thing was self-managed distortion in my language and based in Latin America. Neither reggaeton nor perreo, or twerking, kept me up at night, and they weren’t a crucial part of my happiness like they are now. Seriously, it’s as necessary for me to perrear once per day as it is for me to take my vitamin D and drink eight glasses of water.

As destiny would have it, a month after arriving in Seattle, I was presented with the opportunity to attend the 2018 Latin Grammy Awards. Back then, I was working as the publicist for indie rock band Él Mató a un Policía Motorizado, who were nominated in two categories. It was a long-awaited moment in Argentine indie rock, as the band had just released an essential, magical record: La Síntesis O’Konor. Plus, I was working as a producer on an alternative Latin music program (El Sonido) at my favorite radio station (KEXP). I was high on the energy, without the faintest idea how to conjugate a single verb, but I was happy. So, the plan to travel to the U.S. South didn’t just seem like a dream come true, but also absolutely necessary.

I went. I never would have imagined that, over the course of that trip, I would end up meeting most of the music industry professionals that I now work with on a daily basis and consider some of my dearest friends, but even more so, never in my wildest dreams would I have thought that I would end one of those nights by having a drink while I watched Bad Bunny perrear with some of my friends as though there were no tomorrow, while I stood there, pristine, unmovable, completely blind. What? Who was Bad Bunny? A reggaeton artist, my vaguely stimulated and deeply biased mind responded. In hindsight, that moment would undoubtedly be one of the happiest of my life. When I think back to that time, it feels like a previous life, but it was only about three years ago. Remember, Bad Bunny performed live at the Latin Grammys that year, and he was already a total star on the international stage.

On Christmas Eve — December 24, 2018 — Benito Antonio Martínez Ocasio would release his debut album, X 100pre , under the stage name Bad Bunny. This would be one of the key moments in the Puerto Rican’s meteoric global career which, only three years later, would make him the most-streamed artist in the world on Spotify, for the second year in a row.

There are 15 songs that make up this album, including excellent collaborations with artists such as Ricky Martin, Diplo, Drake, and El Alfa. The rising star and most promising artist of the moment, with several successful tracks released as singles and a strong presence in the new trap and reggaeton scene, decided to come out with a full-length production as his debut. It’s an album that finds strength in the artist’s comfort zone of trap and reggaeton, but which also goes beyond that, incorporating ballads, rap, and synth-pop. The result is one of the best albums of our generation and a total shift in the way Spanish-language music is consumed around the world. X 100pre was included in a list published by Rolling Stone in 2020 as one of the 500 Greatest Albums of All Time, earning spot 447.

Three days after this release, KEXP published a review of the album under the excellent vision of DJ Miss Ashley, so I’d like to reflect on her words, which were primarily responsible for opening me up to my musical love for Benito’s work, from which there is no going back:

“I think it's clear that this one will be for the better because Bad Bunny's career is just beginning to peak as he's arguably the most popular Latin recording artist and rising. I find that there's something for everyone on Bad Bunny's X 100PRE, but don't take my word for it, check it out for yourself and come to your own conclusion!”

Bad Bunny has started “El Último Tour del Mundo,” in which he will tour the country with unparalleled production, a huge runway, and even a traveling museum highlighting his artistic milestones. This is the show that Benito will bring to the Pacific Northwest on March 1st over at our neighbors’ place, Climate Pledge Arena. It’s been years since I was this excited to see an artist perform live, a Latin American artist who made me want to dance with my friends again, sing at the top of my lungs under the never-ending Seattle rain, learn the lyrics because they’re fun and written in my language, and because, besides the impact his music has had on my life, Bad Bunny is the artist who brought trap-reggaeton, with painted nails, to the highest heights. Benito tore down language, cultural, aesthetic, and political walls, but above all, he tore down all of our preconceptions. 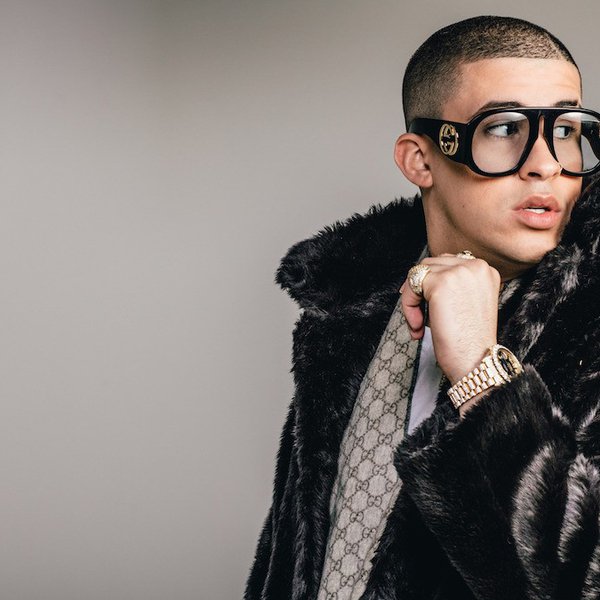