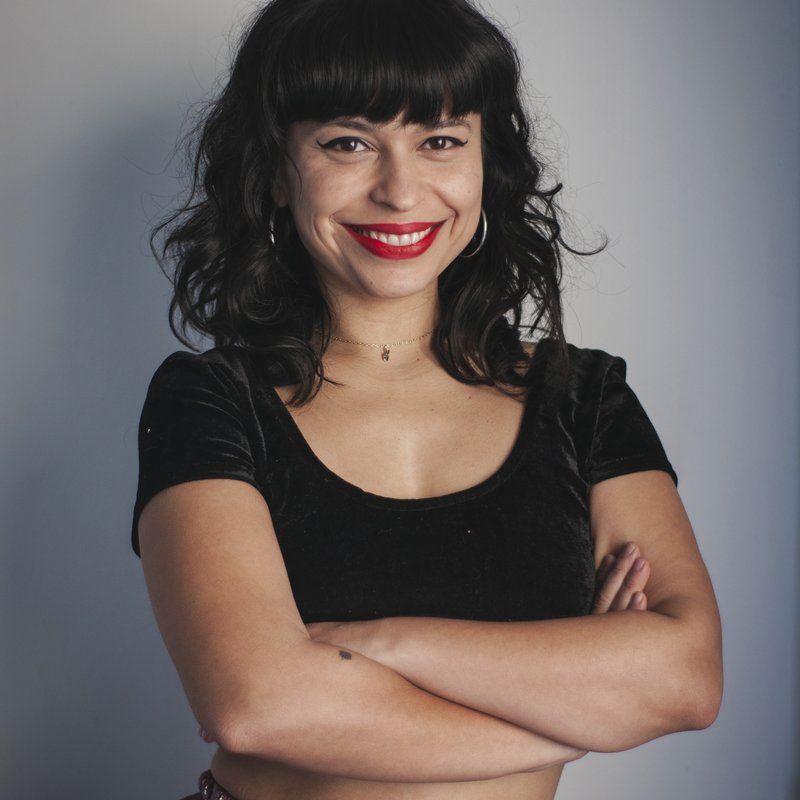 Albina Cabrera is a radio host, content producer, and music publicist from Argentina. For more than a decade she has worked creating content about the independent music scene in Spanish. Her interest is to communicate identities, diversity, and gender perspectives in Latin American music. She worked in government dependencies such as the Secretary of Public Media of Argentina, Ministry of Culture, and Télam, the National News Agency. Albina created and coordinated radio and audiovisual projects such as Miernes, a platform for virtual concerts and interviews. In 2019, the Senate of Argentina awarded her with an honorable mention, Juana Azurduy de Padilla, for her performance in the culture of her country.

Albina is a KEXP fan and that's why in 2018, she traveled to Seattle to collaborate on El Sonido as a volunteer. Currently, she makes podcasts for Radio Nacional Rock 93.7 (the public radio station of Argentina). Also, she works as a publicist for El Mató a un policía Motorizado, Benito Cerati, Terror Cactus, Tres Leches and as PR for LATAM of Devil in the Woods label, born in San Francisco and currently based on CDMX. Albina believes in the power of music to connect people regardless of borders, visas, or languages.