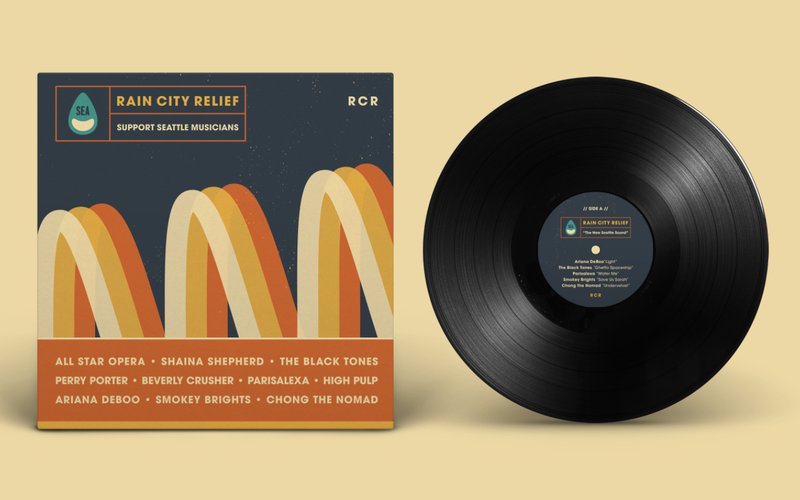 (Too) much has already been said about how the pandemic has affected the music industry and how musicians, in particular, have needed support. Even with shows back in (partial) swing, a year and a half career interruption is devastating, especially for artists that were just starting their glow-up. Thankfully, a collaboration of local businesses alongside The Seattle World Tour Foundation has come up with a way to provide financial support to ten of Seattle’s soon-to-be-biggest artists on the rise through the much-loved medium of vinyl.

Titled Rain City Relief, the vinyl compilation campaign is two-fold, with a physical compilation record featuring local luminaries like Chong the Nomad, Perry Porter, Shaina Shepherd, Parisalexa, and more as well as ten live performance sessions filmed one year to the day concert venues were forced to shut down to be released via YouTube and social media. 100 percent of album sales will go directly towards the artists, with the goal of helping offset some of the financial losses Seattle’s rising artists are experiencing so they can keep creating, recording, and performing until this nightmare of a pandemic is finally fully over.

“The Covid-19 pandemic has hit artists particularly hard,” said Seth McDonald, Co-Founder of The Seattle World Tour Foundation and Director of Rain City Relief. “Not only did the complete shut-down of live music venues cut off a means to make a living, but for all of the artists we are supporting with this project, it also halted the trajectory of their careers to some extent.”

The Rain City Relief vinyl record is available for presale starting today, September 28, and for sale in December or early January. Seventy-five percent of album sales directly support the musicians on the record while the remaining twenty-five percent will directly support local non-profit Seattle World Tour’s Artist Relief Fund. This is a permanent fund established by Seattle World Tour Foundation that invites Seattle-based musicians to apply for funds starting January 2022.

Performance videos will be released every two weeks starting October 5th with R&B singer Ariana DeBoo’s soulful show. In the meantime, watch the trailer and check out the album art featuring the full tracklist of artists performing for Rain City Relief below. 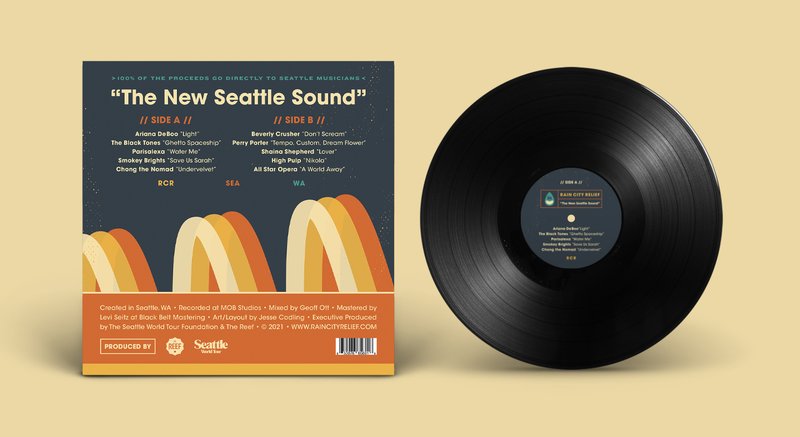 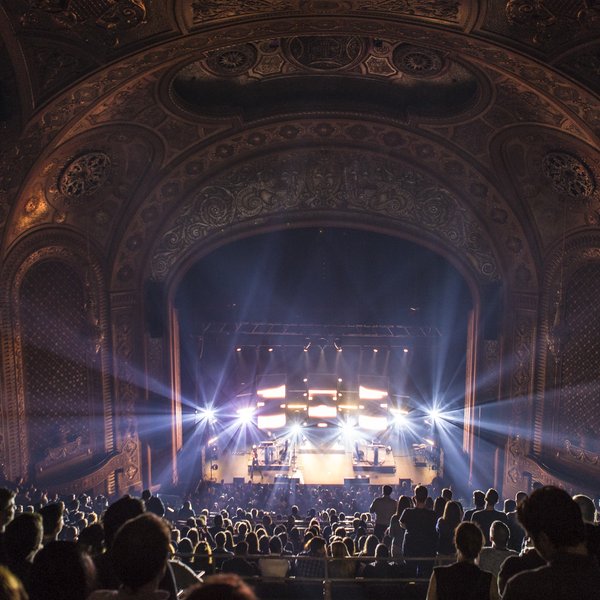 Local Venues On The Return Of Live Music and COVID Safety

Seattle has become the first city in the nation to hit a 70% full vaccination rate for those ages 12 and over. KEXP's Emily Fox caught up with a few local venues to see what things will look like when live music returns. 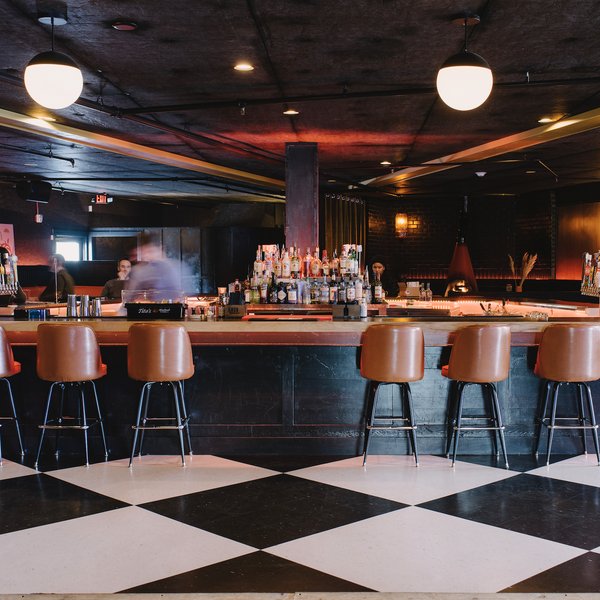 Some Washington State venues and musicians are breathing a small sigh of relief after the new COVID relief bill was signed into law on December 27th. It includes $15 billion in relief for independent music venues, movie theaters, and similar cultural spaces. But how exactly will the bill impact con…