How It Started, How It’s Going

Last summer, KEXP released a statement marking our commitment to becoming an antiracist organization, in which we spoke to the kind of organization we aspire to be. In an ongoing effort to be transparent about this journey, we wanted to share how it’s been going, in the hopes that we might invite and encourage our friends, neighbors and other organizations to begin this journey themselves (if they haven’t already).

First, how did we get there? Over the past 4-5 years, passionate members of staff from across the organization led efforts to improve the culture at the radio station.  The direct criticism of the status quo made for some uncomfortable and difficult dialogue. It also helped identify areas where we could make immediate change. Addressing things like gender-neutral bathrooms, pay inequity, and working with a number of DEI (Diversity Equity & Inclusion) consultants were just the first steps.

We hardly need mention that the global pandemic brought its own share of difficulties that threatened the stability of everything we do; we all know countless businesses that shuttered in COVID-19’s wake—and we’re incredibly lucky to have had help weathering the storm from our incredible and engaged worldwide community of supporters. Thankfully, the pandemic also allowed us to slow down, see what wasn’t working, and make some long-overdue changes.

But our thinking around our commitment to antiracism naturally really kicked into gear in the wake of the protests around police brutality here in the States, particularly regarding the murder of George Floyd.

So we made that statement, and then followed it up with some concrete action that was more than cosmetic. Some of the initiatives and changes you could hear on-air, immediately; and some you can’t see—yet. Did we stick the landing?

To pull back the curtain—the drafting of our antiracist message may have been rushed for some, and too slow for others.  It exposed limitations in lines of communication and caused questions about inclusivity in decision-making. Some staff wondered why they weren’t consulted in its drafting. Shifts in our on-air lineup, and changes in our internal leadership, were welcomed, but similarly questioned. Not everybody agreed that those changes were executed correctly or fairly. In the wake of that, we as an institution are trying to understand how to shift from a position of reactiveness to one of proactiveness in both what we do, and how we do it.

In a nutshell: more people needed to be at the table. So we needed a bigger table.

We recognize that the road to better can be littered with missteps; we will mess up, but that’s the only way to learn. We’ve endeavored to build better space for conversation, better relationships, and deeper commitment to equity, and we have intentionally kicked those things into higher gear. We are seeing more clearly we must examine where we come up short in our aspirations to be an equitable and inclusive workplace.

We don’t go silent. KEXP plays music 24/7/365 and that takes a huge effort. The work involved in just doing that never stops—but we believe our commitment to antiracism doesn’t create new work so much as it makes us truer to our mission. That hasn’t changed what we do or who we are— but it might be fair to say that we are striving to better reflect who we are as a whole. Making space for different voices and stories doesn’t subtract from anything we do—rather, it enriches it, it deepens it.

In the wake of all this change, the overwhelming majority of feedback we’re getting is positive. On top of that, we’re seeing an audience that is growing and listening for longer. So we must be doing something right. Thank you so much for standing with us, your support energizes everything we do.

It’s safe to say that we are in the midst of tectonic shifts in how we relate to our work— this kind of change is gradual and slow like lava with occasional earthquakes. After an earthquake, it's good to be cautious for a while. We have to allow our old community to adjust, and our new community to find us. Volcanoes, lava, the whole bit – the great part is that all that makes for amazing, fertile ground for growth.

It goes without saying that we have not been perfect in all these efforts, and we’ll never be perfect—but we will keep trying to be better. We are creating a strategic plan for this work, which will back up our stated commitments with more specifics, and have hired a DEI consultant to support the process. We look forward to sharing more as we go.

KEXP is an arts organization and a radio station. We know we’re not “solving” things. We can't erase certain legacies from the world but we can strive to recognize them and combat them in ourselves and in our organization, no matter how uncomfortable it gets.

If you’d like to see our statistics on staff and board diversity in greater detail, as well as more of the actions taken over the previous year, simply follow this link. 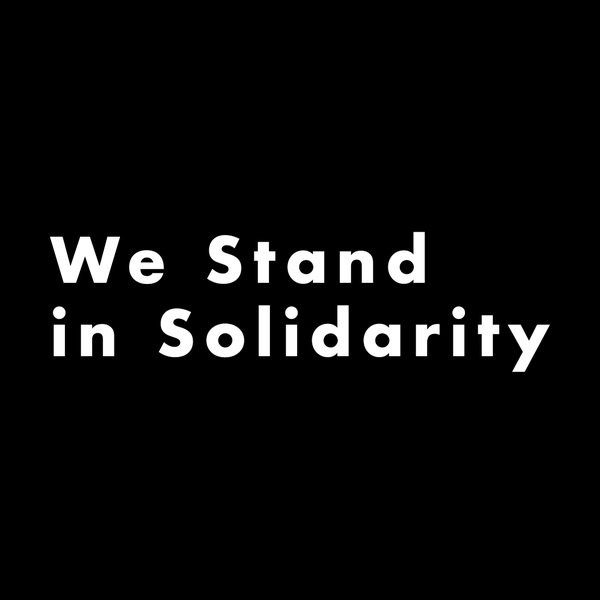 We Stand In Solidarity

KEXP is committed to becoming an anti-racist organization. We mourn the murders of George Floyd, Breonna Taylor, Ahmaud Arbery, and all victims of racial injustice and police brutality. Black Lives Matter. We stand in solidarity with protestors across the nation who are calling for justice and acco…