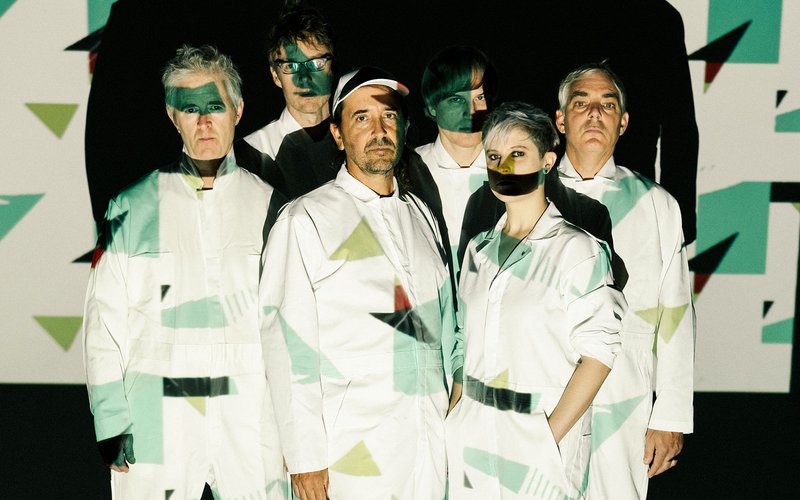 Welcome to the latest edition of Feedback, a look (down) at the pedalboards and equipment of some of our favorite musicians.

West coast shoegaze veterans Film School have been crafting gorgeous washes of sound since their 2001 debut album Brilliant Career, combining elements of post-punk, psych, and pop. Over the past two decades, they've achieved a mastery over the tones they create using distortion, delay, or reverb, and today, band members Justin LaBo, Nyles Lannon, and Greg Bertens (founder and frontman) share some of the tools they use to conjure up the dreamy sounds we love.

The band are releasing their sixth full-length, titled We Weren't Here, on Friday, September 24th via Sonic Ritual. The title not only reflects the way the album was recorded (with quarantined band members recording their parts in their respective home studios), but is also a reflection on mindfulness. In a press release, Bertens notes how the pandemic made him realize "all the ways human beings try to avoid being truly present," and how music — whether created or consumed — can serve as a "transformative way to feel spiritually and psychically anchored again." Let the songs on We Weren't Here take you there.

I try not to get too fussy with pedals at live shows. The Holy Grail and DD-20 do the heavy lifting. The Small Clone is also rarely turned off. My favorite pedal, probably for sentimental reasons, is the Interstellar Overdrive Supreme I bought from Oliver [Ackermann, of A Place to Bury Strangers] back in the day when he was crossing wires and blowing up transistors in his bedroom at his Brooklyn warehouse. The TC Helicon Voicelive is for vocals (surprise) and takes up way too much room on this small board, but after several shows where the house sound guy mixed my vocals dry and up front, we revoked the house’s privilege of getting a dry mix. If I had more room, I’d add my Memory Man Deluxe and another Boss chorus/delay. I play through a way-too-heavy '70s silverface Fender Twin. At one point I tried the blackface mod, but didn’t like the natural amp distortion when it got loud. I like a loud, clean, warm tone that I can shape with my pedals.

I’m currently playing a reissue clear Dan Armstrong ADA6. It looks cool as hell, but it’s also a surprisingly great guitar for playing through pedals — chimney upper-mids with tight but big low tones. I played the requisite Jazzmaster for years and occasionally pull it out for recording, but I’m pretty monogamous with the Armstrong these days. My main guitar is a 1969 Gibson SG. I bought it from my friend's dad in the early '90s and I’ve had it ever since. It just sounds good and always seems to fit, no matter what I’m playing. My pedal board is relatively simple. Distortion > Modulation > Delay. It seems like I use a different drive pedal everyday. But it’s usually a Timmy, Klon KTR, Tube Screamer, or OCD. I rarely play clean. I love the Deluxe Memory Man with a hint of vibrato. It is the pedal I use on almost everything. I just love all the harmonic overtones that a distorted guitar or keyboard into a delay pedal creates. I want that texture. If I need something more washy, I use the GigRig switcher to trigger the Dispatch Master/Afterneath combo. The EP Booster works great to give the overall tone a little flavor.

To be honest, I mostly use GuitarRig as an amp. It’s just easier when I’m trying to get an idea down. But sometimes I’ll use a Fender Vibrolux Reverb. My bass is a mid-'00s Mexican-made Fender Precision bass. I use a SansAmp Bass Driver DI directly into the mixer. I also use this pedal when playing live. I like that it can dial in a little grit when I pick hard, but still be big and round. The only bass effect on the new record is chorus and I used a Small Clone. I love the fact that it only has one knob. I don’t like complicated things. For keyboards, the monophonic Moog Prodigy has been a staple for years. It can do so much, especially when you run it through a Memory Man. We also used the Korg Minilogue a bunch too. It’s easy and fun to play with. I’ve had the same guitar since ’96 — a Fender Telecaster Deluxe ’73. This guitar has been through it all. It got stolen in Philadelphia, in 2006, while on tour (along with all the rest of our gear and our van.) Years later, it popped up on eBay. A pawn shop in Philly was listing it! Justin happened to be looking for his SVT bass head, still searching, still dreaming. And bam, there it was. Divine intervention? Could be. He then noticed the seller was also selling what looked to be my guitar. He called the police. The police knew the pawn shop… they called them and then called us back. “They want $500 for the stuff, you can pick it up tomorrow.” Hmm, ok. Well, at least I get my baby back. We had a buddy in Philly go pick the gear up, and it just so happened that Justin was heading to NY for work, so he was able to get the stuff on a truck back to San Francisco. Reunited! Clearly it’s just meant to be my guitar.  And I will take it to the grave. I’ve replaced the frets already once and they need it badly again, the body is in crappy shape, the strings get buzzy, and it always needs some work… but really it’s mostly about the pickups with this thing. It just sounds great; it has a more chimey sound than you would think for humbucker, but still has that humbucker smooth richness. I’ve always been an atmosphere guy.  I think the pedal I’ve had the longest is my vintage Memory Man Deluxe by Electro-Harmonix. I’ve already gone through at least three of these. What can I say about this pedal? It is just a staple, every guitarist should have one. I love the chorus reverb; it adds luscious depth and overtones to everything.

In recent years, I’ve fallen in love with adding a little sheen of organ or mellotron to my playing, especially lead melody lines. I’ve been a fan of the Electro-Harmonix C9 since that thing came out. I just use it ever so slightly. You can hear it on our last couple albums and also on my last solo release. I just love the sound of it, especially coupled with the Strymon Ola Chorus pedal. The Ola is a great sounding chorus.

For overdrive, I tend to use Death by Audio Interstellar Overdriver, which I bought about 15 years ago. Great overdrive, not too gnarly. I also have an Ibanez Tube Screamer (I use it for a little boost with definition), and Fulltone OCD (a smoother, heavy distortion). These all sound great going to my Fender Deluxe Reverb Amp.

For delay, I’ve used a Line 6 DL4 (not pictured) for as long as I can remember, it’s another staple. I recently picked up an Electro-Harmonix Canyon, I like that little thing too. After the delay I go into an Afterneath by EarthQuaker Devices. It’s an echo reverb, and I find it impossible to understand. But if I get the knobs right, it can provide a wonderful reverb cloud when I need it.

Who doesn’t love analog synths? I snagged a used Arp Odyssey back in the mid-'90s at Black Market music in San Francisco. That baby has been on so many songs. It’s just a beast, just a gnarly, monophonic beast. Great for bass lines, great for lead. I also have a Roland Juno 60, which is a fantastic poly, it just never gets old. For fun/weird sounds, I have a Sequential Circuits Six-Trak. It seems to always have something to say. I also have a Realistic MG-1 for Moog-like sounds — very fun, easy to understand little guy with a fantastic sounding filter. I still need a Moog though. 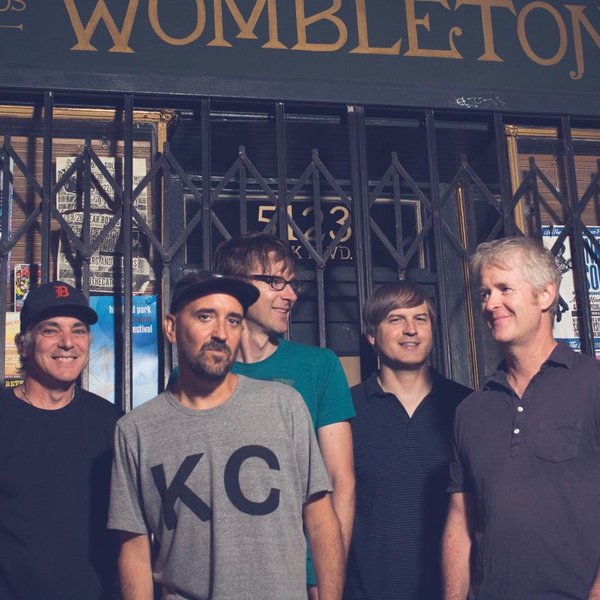