KEXP and Ruidosa Present the Multidimensional Spectrum That is Kali Uchis 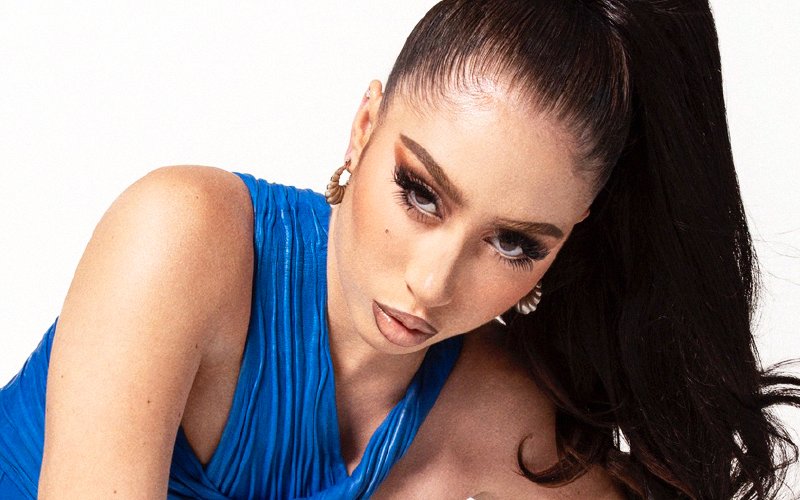 As a South American living in the United States, I have different references in regards to notions of the North-South divide. As a woman and music lover, I have a very clear image of our place on the musical stages of the world throughout the years. As a Latin American music journalist, I have been feeling a passionate attraction towards the history of the new generation of female artists who, Sin Miedo, are reinventing the rules of the game. This continental team is creating music that is already part of the history that we will read about in the future, and they are doing it in a present where it is essential to use every existing platform of expression to nurture ideas of freedom and a sense of identity that escapes the monolithic.

Ruidosa, for me, was one of the first musical beacons that forged my identity and my curatorial and journalistic criteria. Ruidosa is an international, interdisciplinary, inclusive, and feminist platform, community, and music festival that seeks social transformation through the empowerment of women — a community that identifies itself as a woman — in the creative industries. Together with KEXP, we had already had the opportunity to talk with Francisca Valenzuela, creator of this network, about the investigations that changed our ideas forever. That is why, five years after its creation, it was more than necessary for me to reconvene with them to, this time, tell the story together, while we continue to celebrate this anniversary and all those to come. Who are these new South American voices and what does it feel like to create a world of your own when you don't feel like you're from anywhere?

In this special edition, we are pleased to have connected from Seattle to Colombia, Chile and Argentina to show you just a fragment of the overwhelming and sensual musical cruise of the moment called KALI UCHIS. After having released the second album of her career, Sin Miedo (del amor y otros demonios) ∞ – and the first entirely in Spanish – the singer and songwriter born in Virginia and raised between Colombia and the United States, opens the doors of her home to talk about identity and musical soul in a special episode of the podcast Ruidosa Radio: Mujeres que Hacen Ruido.

You can read this article in English at KEXP.ORG and in Spanish at the RUIDOSA site.

Kali Uchis just won her first Grammy earlier this year after “10%”, her collaboration with producer KAYTRANADA, was awarded Best Dance Recording. In addition, her song “Telepatía” is a worldwide success after going viral on Tik Tok, ranking at # 1 on Billboard's New Emerging Artists list and at # 12 on the Global 200, with over 278 million global broadcasts to date. Averaging over 4 million streams per day, the track also ranks # 2 on Spotify's Mexico 200 chart, # 7 on the Global 200, and # 11 on the US 200. On Youtube, the panorama is similar, with almost 28 million views to date of the music video of her hit “Telepatia”, directed by Kali Uchis and filmed in her city Pereira, in Colombia. With all these successes, Sin Miedo finds Uchis looking back at her own personal history. Her sophomore record finds her exploring the music that accompanied her during her youth. This informed both her artistic process as well as her growth as a person.

“This project was more than a tribute to all the music that I grew up with and loved,” Uchis says. “Trying not only to show respect to these artists but also to show the full, multidimensional range of Kali Uchis. Because I feel like it has so many different genres, but a lot of these genres I hadn't played in the way I did on this album. Being a woman who had her childhood in a total mix between the United States and Colombia, my first years of education were in Colombia, and I learned to write and read in Spanish before English, which played a very important role not only for the person that I am but also for the artist Kali Uchis.”

Born with the name Karly-Marina Loaiza, Uchis knew from an early age that she has a gift that neither her family nor friends have. “A blessing,” she says, a gift from God that she has to make the most of. Daughter of Colombian immigrants, Kali Uchis found in the permanent movement of territories, her outsider birth certificate. She could have the key to create her own world with multicultural rules and a clear right of admission: freedom.

“When I first called myself Kali Uchis, when I decided to make music for the first time, I was in Colombia because I still have my home, my family, and my life there,” Uchis says. “So, that has been something that was always present and it makes total sense that my second album is this."

Ruidosa’s Francisca Valenzuela understands this duality and everyday life in Spanglish perfectly. They are both American – South Americans living in Los Angeles – and are key voices in describing this new sound and generation. That's why Fran was especially interested in asking her about building that artistic vision and how to protect creative freedom while becoming increasingly successful.

“Everything starts with soul,” Uchis tells us.“There are many people who ask me, at what point did you decide to be an artist? I don’t think it’s a decision that a person makes, you are simply born an artist and decide whether or not you want to suffocate your soul and settle for doing other things that do not nurture you or that artist.”

Despite the struggles that come with being an artist, Uchis also finds purpose in her work. She continues:

“For me, this is a blessing. Since I was a child I felt that God gave me everything that was inside of me for a reason. It would be disrespectful to God if I didn’t use the visions and things that he put in me. So, as a person and as a woman, that was the hardest thing for me. When I was a teenager I was trying to understand everything about my body and my existence but, as an artist, I always knew who I was.

From the beginning, I had my own style and I always felt like "ni de aqui ni de alla". In Virginia, the people always told me, where are you from? You are not from here. It was something very big in my process to understand that I always felt out of place and that contributed to trying to create a space for myself, a world for myself. It wasn't like "ah, Kali Uchis is going to be this thing." It was just like, I'm this person, I'm an artist, I have a lot of influences because my life has been unique."

For Uchis, her greatest support has come from the Latino community and the LGBTIQ+ community. Her father took her from a very young age to the Pride Parades in Washington, D.C. and her entire family identifies outside the hetero-norm. In addition, since she was 14 years old, she has been in a musical environment and learned to be respected as a woman and as an artist. Aware of this, she knows that her message now reaches millions of young people around the world and that’s why she tries to use her platforms to motivate, spread messages of self-love, and encourage youth to feel proud of themselves because “having pride in the person you are is the most important thing you can have in life ”.

“When I see girls who are starting their careers or girls, it doesn't matter what they do but who are younger than me, I always feel a sense of responsibility to talk with them, give them advice and help them in whatever way I can because when I was starting out, I didn't have that at all,” Uchis says. “So yes, there are men who treat you horrible, women who treat you horrible, and many people who want to take advantage of you, a young person who has ideas. There are many people who have no ideas. There are many people who do not have an identity. The first to realize who artists are the people in the industry. They want to sign you, they want your publishing, they want to take your ideas, they want to take your style, they want what you have naturally. I think that was the most challenging for me and for many girls who are starting out who have a very clear identity."

Uchis released her debut album Isolation in 2018. She already has collaborations with Tyler, The Creator; Daniel Caesar; Gorillaz, and Snoop Dogg. For her second album, she enlisted the help of Puerto Rican Tainy in production and includes guest artists such as Rico Nasty, Puerto Rican singer-songwriter Jhay Cortez, Canadian PartyNextDoor, and Puerto Rico reggaeton duo Jowell & Randy. The album opens with the song "La Luna Enamorada", a cover of a Cuban group from the '60s called Los Zafiros.

Looking ahead, Uchis plans to go on tour in the United States in the fall and has just announced that she will collaborate with SZA, an artist whom she greatly admires. Undoubtedly, the captain of our dreamlike musical cruise ship seems to have her pre-written destiny, but until we have confirmation of the existence of magic, we can stick to saying that Kali Uchis's secret is to stay true to herself. 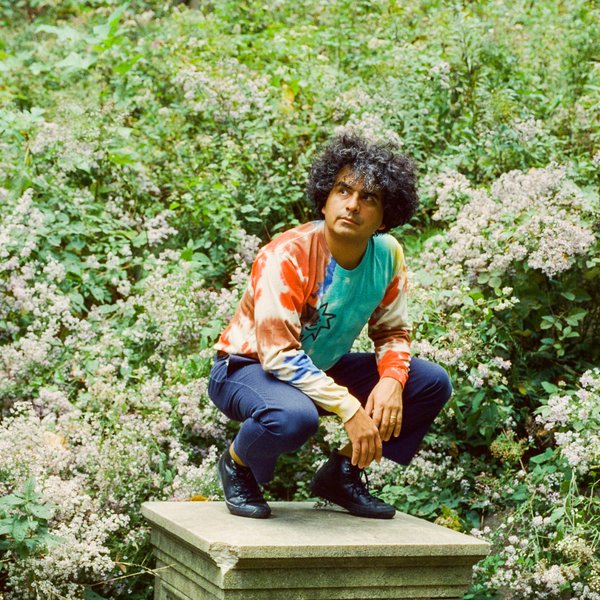 Helado Negro, The Music in Many Possible Existences

Helado Negro looks back at 2020, his solo music, and making it through a very tough year 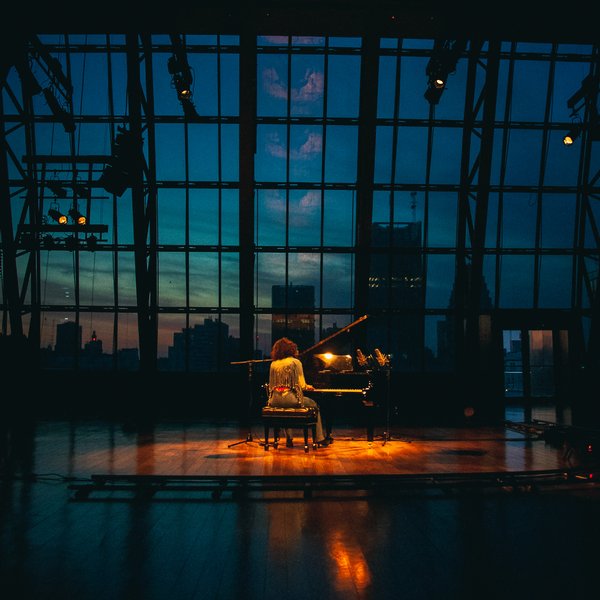 As part of #LatinxHeritageMonth, in one of the most difficult times in modern history, KEXP partners with the Argentine Ministry of Culture and the impressive Kirchner Cultural Center to pay tribute to the new musical generation of the country. Welcome to Live on KEXP at Home with Marilina Bertoldi 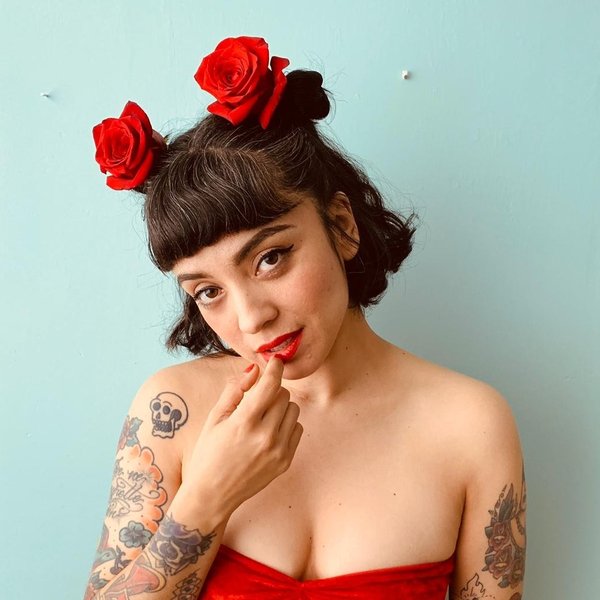 Mon Laferte Announces Her Next Album, Recorded in Isolation

The Chilean singer-songwriter played in Seattle just under a year ago at a sold-out concert where she brought us the charm of her album NORMA. In full isolation, Mon Laferte tells us how she is recording her next album.