Over the arc of The Walkmen’s 14 year career, we saw the New York band grow from bombastically confident, somewhat bratty, rock stars with their 2002 debut Everyone Who Preteneded to Like Me Is Gone to sentimentally graceful parents on their last studio album, 2012’s Heaven. Since their hiatus in 2014, bassist and organist Peter Matthew Bauer has continued his passage of growth by embarking on a journey of his own, one steeped in mysticism and unearthing the influence of his upbringing in a yoga cult.

He addressed this head-on with the lead track on his 2014 solo debut Liberation!, “I Was Born In An Ashram.” Straight away setting the scene, the album was literal in its mark of independence and liberation, as Bauer dove into his personal history through song for the first time. In his 2014 KEXP in-studio, Bauer told Cheryl Waters, “It’s a big part, if you’re born with parents where that’s what they’re into, it’s definitely something you think about a lot as you get older and what you are interested in.”

Clearly, some of what his parents were into had merit for Bauer because Eastern philosophy has become a benchmark for his music since. 2017’s follow-up Mount Qaf (Divine Love) explored Eastern philosophical ideas, with references to Quran figure al-Khidr and the ancient Chinese divination text I Ching, as well as more mystical ruminations on nature, all packaged within the framework of Americana indie rock.

For Bauer’s new single “Mountains On Mountains,” his Eastern yoga cult influences are more visceral. Buoyed by a hand to drum skin beat and twinkling guitar, Bauer’s lyrics are esoteric in meaning and structure. Concepts like the sun meeting its death and “mountains on mountains are all we had left” were inspired by Sufi mysticism, the work of the western phenomenologist and Islamic scholar Henry Corbin, and German philosopher Peter Sloterdijk’s book Neither Sun nor Death. Bauer had this to say about the song:

“This is the first track of my own that I've recorded and decided to release in a long time. I'm not entirely sure how to explain it: it's a pretty dark song about certain types of people and memories fading away. But it also has this feeling of no expectations, so it leaves me with a sense of optimism and presence in the end. Nick Stumpf and I started recording it for a fundraiser for Fairfight around the elections. Later we decided to take this barebones live recording and make it into something more proper and special.”

The song is the first of a series of singles and a larger full length down the line. The Fair Fight fundraiser came in the form of two festivals, September’s Fairfight Fest and December’s Save the Senate, benefitting the voting rights organization and organized by Bauer’s record label/artist management company Fortune Tellers. The company represents artists such as Starcrawler, Liily, and Matt Costa and has recent label releases from the rapper/producer Lushlife, the indie band Caveman and new artist Caroline Kingsbury. “Mountains on Mountains” is out February 5 on the imprint. Listen to it a day ahead of its release exclusively via KEXP below. 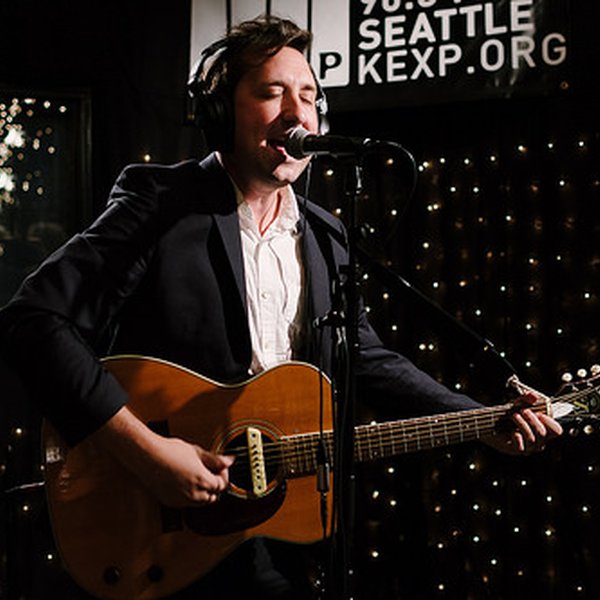 For those lamenting beloved NYC band The Walkmen's indefinite hiatus, rejoice in the band's bassist Peter Matthew Bauer's solo album, Liberation!. Don't be offended by the title, it's not an enthusiastic goodbye to the band Bauer has dedicated 13 years of his life to. The album marks an opportune m…