KEXP's Larry Mizell, Jr. chatted with Jarv Dee x Bad Colours for KEXP's Sound & Vision series, which airs every Saturday morning from 7:30-9 AM PT, featuring interviews, artistry, commentary, insight, and conversation to that tell broader stories through music, and illustrate why music and art matter. You can also hear more stories in the Sound & Vision Podcast. New episodes are out every Tuesday and Thursday. Subscribe now.

Seattle-bred rapper Jarv Dee first hit the scene as part of the Cloud Nice Collective, as a soloist, and as part of the group Kingdom Crumbs. He later co-founded the Moor Gang with Nacho Picasso and Gifted Gab, among others. He's made songs like "Smoke 2 Much" that are considered local anthems, the kind of joints everybody knows the words to.

At the beginning of 2021, a producer known as Bad Colours dropped a house track called "Feelin' Like," featuring Jarv's unmistakable voice, on the Bastard Jazz label.

It was a whole new sound for Jarv, who'd been somewhat more straight ahead hip-hop for the majority of his career. Every time I played it on my show, I would get emails and texts asking who the artist was. I, myself, wondered who Bad Colours was. Come to find out it was Ibe Soliman, a Brooklyn-based producer who Jarv had been working with on his solo project since 2012.

Bad Colours: I've always been into house music, dance music. I went to school in Baltimore for a little bit, so I was really into like Baltimore club music. I was born in the U.K. I've always checked in what's going on there. I've always liked UK garage music, even with people rapping on it. It's, like, this nice thing where cats can rap over hard, grimy stuff and UK grime stuff, but hop on a garage beat and it's not weird. No one looks at you like, "Oh, you're soft, you're rapping on a house beat."

KEXP: So, y'all connected for "Feelin' Like." How did that come about?

BC: I was working on an album, even though I was just making stuff at the crib and I couldn't DJ. So, I had to find something else to keep my brain occupied. I couldn't go in the studio. So, I'm just taking little acapellas from songs I already did or pieces that people sent me to remix. I like making all these songs. A long time ago Jarv sent me "Rank," one of his songs. It's super dope, and I caught that little piece of, I think, "all gas, no brake" and I just threw that over and it just felt good.

So, I kind of built around that and I send it to Jarv and was like, "Hey, before I fully develop this idea — are you with this, do you like this kind of thing?" And Jarv was like, "Nah, I got this, I got this. Like, I'm going to do more to it," because at that point, I wasn't expecting anyone to do more to it. It was just kind of whatever I made is whatever I made. But he took it to a whole other level. And at that point, I think we kind of were like, "All right, we got something here."

Jarv has always been omnivorous and able to just eat any kind of beat. I was hype when I heard him on this. When you first heard it, Jarv, what did you think?

Jarv Dee: I just loved it. I listen to a lot of different music. I'm in the mood of music. When I heard that, it put me in a state of creative energy, it felt natural and it felt right.

Fast forward to the end of the summer, when Jarv and Bad Colours dropped their first EP length collaboration BlakHouse. It takes themes of perseverance, Black identity, and even self-defense to the dance floor of Bad Colours' propulsive bass heavy tracks with some slick guest spots from Ishmael Butler of Shabazz Palaces and Stas THEE Boss.

It's called BlakHouse, and there's this explicit pro-Black tint to it that I love. It really comes through on the lyrics and the motifs and the guests that you've got on it. I love that aspect to it. You've got some love songs and club songs, you know what I mean? You got a song in there dealing with gun rights, 2A [Second Amendment] stuff, because I know you're into that. Tell me about that.

JD: Well, I got more into 2A stuff a couple of years ago, just looking in the history of the Second Amendment, how it wasn't built for us, how we didn't need to be a part of it. The more I got into it, I got interested and felt like I need to be a part of this. This is a part of history, I could say, that Black folks aren't really into... Like, there's not a lot of Black gun owners and I wanted to change that.

I'm an iron worker by trade and a lot of people I worked with were ex-military. And this was the way. If you didn't have a gun, it was like, you know, the odd man out. So, yeah, just felt like, why are a lot more Black folks not knowing about gun safety? And it's always looked at as, a Black person having a gun being a criminal. That's what they always associate it to. So, yeah, I just want to change the stigma of that.

JD: I've been getting a lot of great reactions, too. A lot of people are like, "Oh, this new stuff, man, I like what you're doing." It's just a different vibe from me. I like to send out the vibe. I can say it's a little more grown for me, but it fits well.

BlakHouse feels right on time, and has been generating excitement from the jump. For all the reasons you can guess, Jarv Dee x Bad Colours haven't gotten to perform the material live yet, but look forward to live shows and more music in the future. 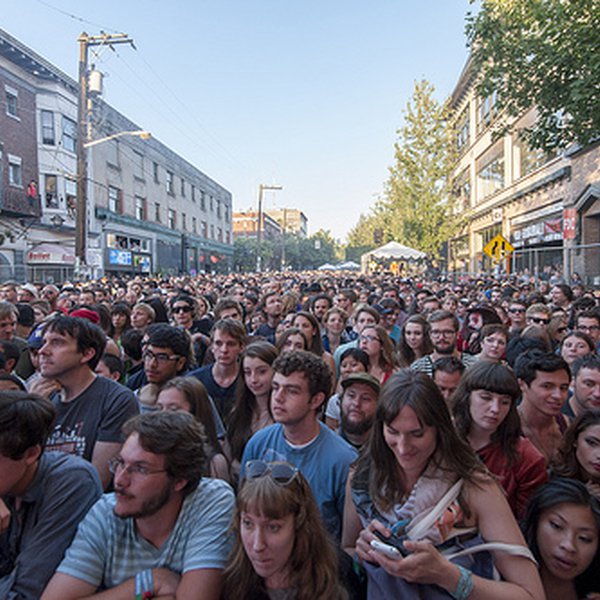