Sunday at festivals is always entertaining - there are those festival goers who haven't slept the whole time, there are those who just came for the "chill day," and there are those who are so exhausted they no longer care about anything ("Who are the Flaming Lips?" I overheard). And of course, there are those of us who got a good nights sleep and are excited to see some great music, hopefully minus the Saturday crowds because hey - some people have work on Monday. For me, Sunday at the Capitol Hill Block Party had to start at the Vera Stage - where again they employed some of Seattle's best punks to get the crowd roiled up - aka Ubu Roi, a band which you may recognize as sharing members with Sub Pop's cool new band Nirvana. Striking resemblance? Raucous and rowdy, they delivered a great set to start the day off on the right pounding foot. 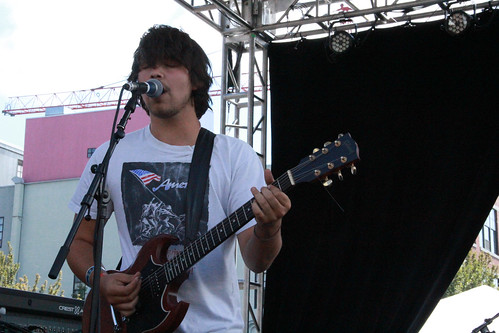 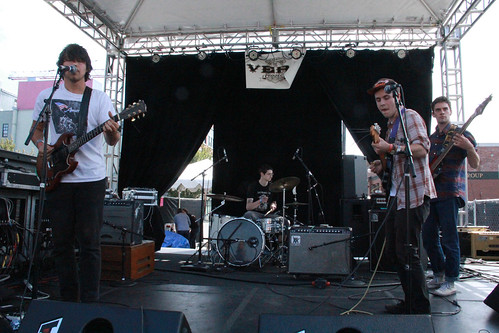 Odesza is actually two separately amazing producers - Catacombkid and BeachesBeaches: whose music became entwined in college and has been amazing ever since. Despite the early set time the mainstage was already totally packed and ready to dance. Shouting out to other Seattle producers, the set pulled samples from a diverse range of artists to please the audience. 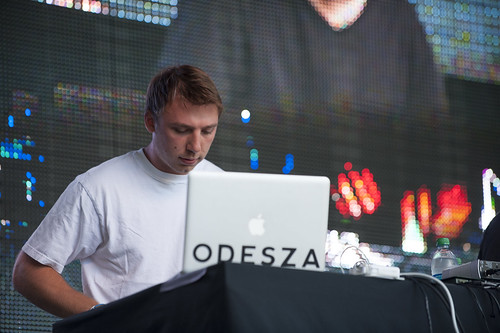 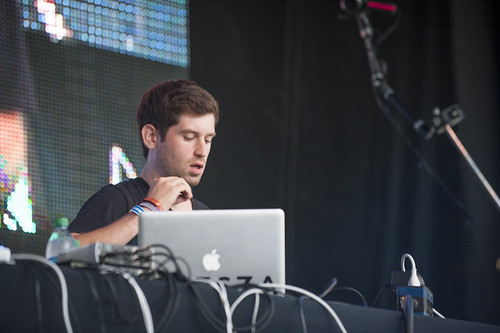 Brooklyn's Black Marble created an intimate feeling with their simple darkwave in Neumos - leaning in, bobbing their heads and closing their eyes at times, they played favorites from their recent Hardly Art release A Different Arrangement. Where other bands push their noise into the audience, Black Marble was fairly still, choosing instead to remove us from the heat and onslaught and deliver a set that calmed as much as it pleased fans. 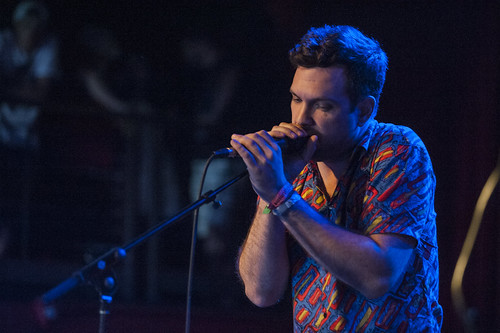 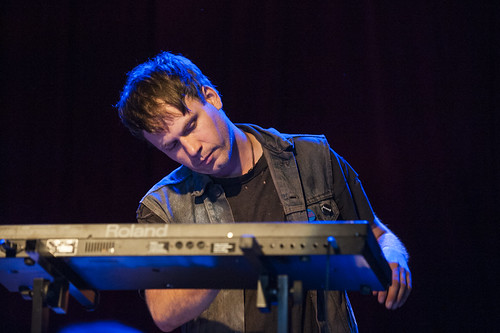 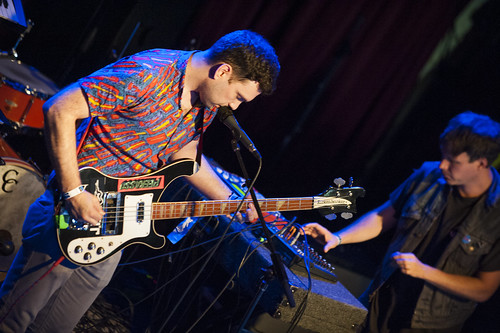 Outside Cults were all high energy and bouncing indie-pop - that yes, they included those Cults songs like "Go Outside" and "Oh My God". Not only that but they also revealed that Capitol Hill Block Party was the first festival they ever played two years ago. 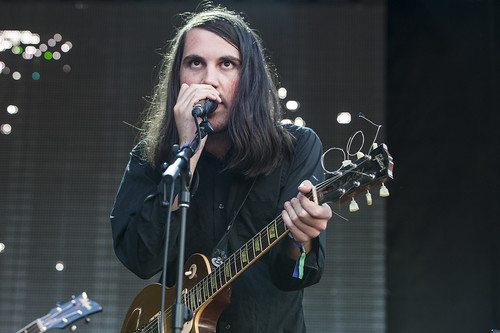 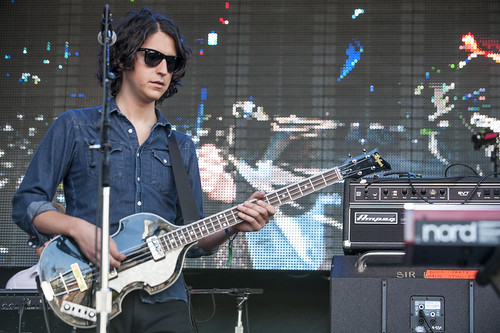 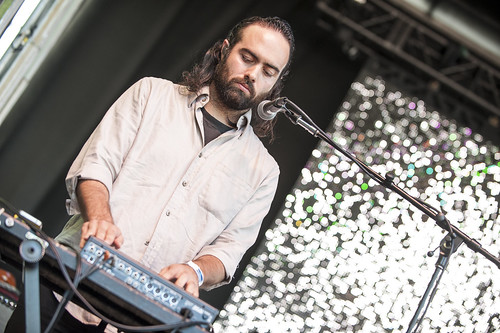 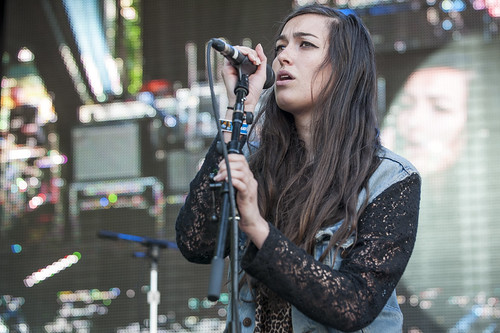 After Cults it was over to Jarv Dee - my expectations were high, and he hit every right note. Opening late with his signature "Moor Gang" entrance Jarv Dee called up numerous guests to help him, including a full band that totally shredded behind him. He closed with "I Just Wanna" - at which point including the band there were about 6 people on the stage. Capitol Hill Block Party only got more crowded from then on - the streets packing in for The Flaming Lips and later for Dirty Projectors. 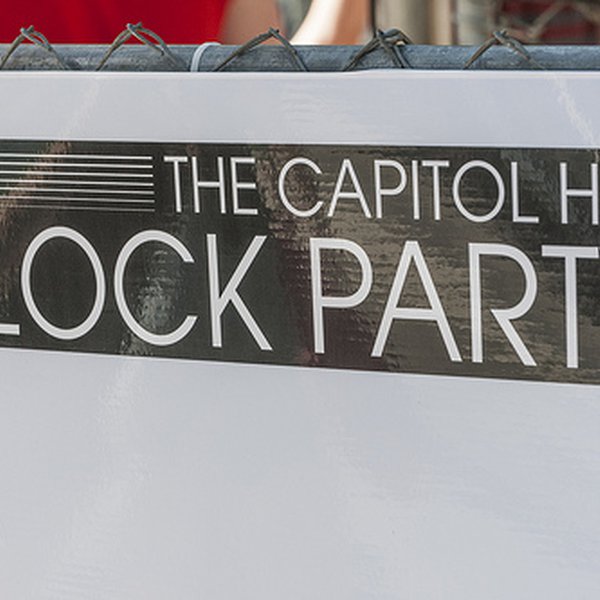 This year's Capitol Hill Block Party celebration was pretty frickin incredible, so for one last hurrah, here's a collection of some of our favorite shots you haven't seen yet, taken by our great team of photographers: Dave Lichterman, Matthew Thompson, and Brittany Brassell. See you next year! 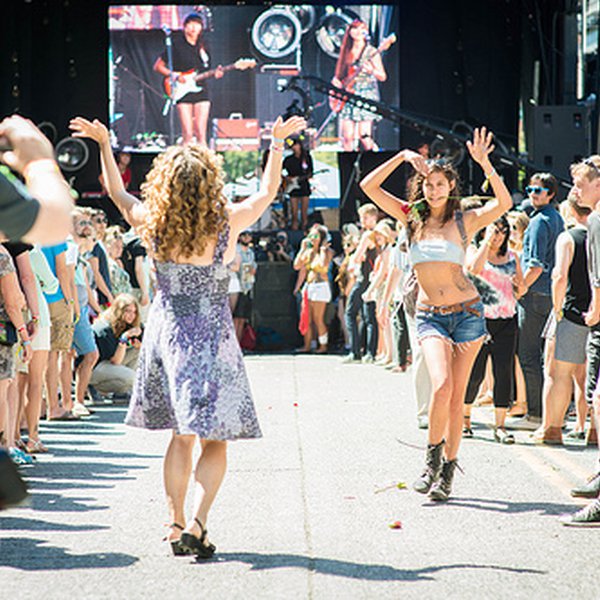 After wrapping up Saturday brunch Capitol Hill was again swarmed for the Capitol Hill Block Party. Luckily, the line-up was jam packed with great music. Taking full advantage of the easy-going mid-afternoon crowds that make early time slots so enjoyable for fans, we were able to get right in fron...