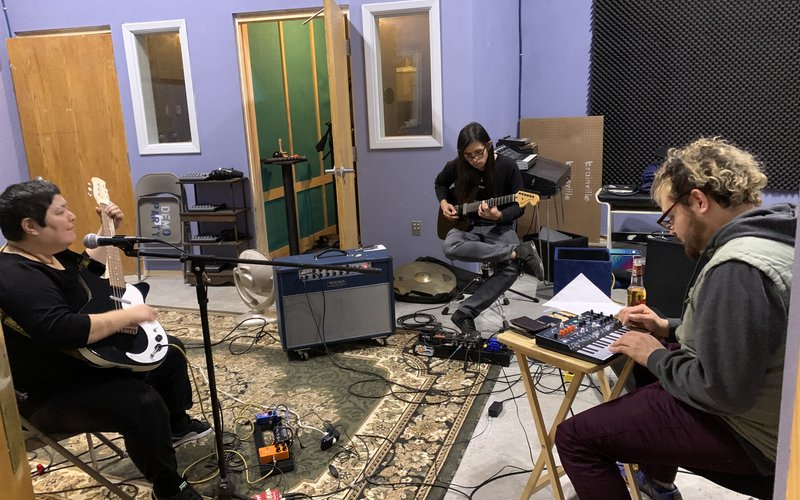 EEP is a shoegaze band based based in El Paso, Texas. They have just released their debut full-length, Death of a Very Good Machine, and the story of how they got here is incredibly inspiring; drummer Lawrence Brown is blind, singer/songwriter Rosie Varela is both going blind, and battles pain with loss of mobility. To say that this release, 18-months in the making, is an achievement, is an understatement.

KEXP's Owen Murphy reached the band via ZOOM from his home just outside Seattle. Read the interview below or listen to a clip that previously aired on KEXP's Sound & Vision.

Rosie Varela: First and foremost, we're El Pasoens. And, that is made up of three Latinos. And, Lawrence, you're African-American, and, are you Latino as well?

Lawrence Brown III: Yes, ma'am. I'm Blaxican. My story is bigger than that and it's pretty, pretty diverse. But yeah, Blaxican if you want to kind of melt it all down, pretty simply and El Paso base for sure.

RV: And Ross is a Texan of what? When did your family get to Texas, Ross?

Ross Ingram: My family came over originally on like the original Stephen F. Austin Land Grant. So right about the time that people like me started stealing it from people like you unfortunately, that's that's how long my family's been here.

KEXP: Rosie, would you take us back to the beginning of the EEP project? How did it start?

RV: Well, it started because, well, I'm a shoegaze fan as it is, and I had never explored that genre. And, I'm, at that time, fifty one, and I decided to just start writing some shoegaze songs. Ross has this great studio, Brainville Studio. So I brought this song to him and I said, hey, you know, do you feel up to producing a shoegaze single. And it all just kind of snowballed from there. We just started recruiting our friends and it was just gonna be a one off single. But then I wrote more, so then it became an EP, and then I wrote more and then we started writing in the studio together. So, yeah.

And what was the name of that first single?

RV: The first single was "Hogar.".

So tell me about that song. What does the word mean? What does it mean to you?

RV: It's about finding a home in somebody like someone who just takes you in and just loves you. It's pretty simple. It's it's like being grateful for that.

Rosie, what is your day-to-day life like for you both as an artist, and as someone overcoming physical difficulties to make art?

RV: I'm a songwriter that writes every day. So every day I pick up the guitar. And so I'm constantly working on probably five or six demos in between the times that I'm taking care of my mother. So it just it just kind of flows that way where I kind of pick up where I left off. So that's my creative life for the most part, is just a daily thing for a couple of hours. And I struggle with my mobility. So most of my day is just dealing with normal life, but I'm happy to say I'm starting to wean myself off the walker, which is really nice.

I have a condition with my eyes where I'm losing my eyesight. But that doesn't really stop me too much because I still work on music videos for the band. I'm an ex-film school graduate, it just makes me happy to do that. I'm always working on something.

Lawrence, forgive me if I'm wrong, are you blind? Is that correct?

So tell me about that for a second...by the way, I don't even know what question to ask here...and I'm not sure how to phrase the question in a way that doesn't make me sound like a goofball.

LB: Feel free to goof around, it's a goofy time.

How did you get interested in drums and what was that process like for a kid who couldn't see the drums?

LB: Drums (are) a very sensory, visceral experience, and I found that it's one of the the ways that I engage with the world. It's been therapy for me. It's been my joy. When things are the darkest, there's drums. And the spirit of that is such a unifying aspect that it brings a sense of community, and through that, then you you engage. At school, that's what I was, the guy that played drums, and I threw myself into everything I possibly could. I've been blind since birth. So I see it as an inconvenience. You adapt.

There's a whole network of Braille music teachers out there. I've had the wonderful opportunity of working with the Lighthouse for the Blind in San Francisco, for Enchanted Hills Camp. I've helped with music sessions and made connections with Guide Dogs of Hawaii so, my future is really (about) going to school to become a mobility instructor, which is teaching blind people how to get around, how to use their canes, how to interact with the environment. That is my my second passion, and I discovered that later.

For me, I've been working for a pretty long time (at music). I started when I was 16. You know, (I had the) really good fortune to get to go straight from eighth grade to high school to like, show up and "play for 20 bucks, kid, and then listen to this (music) and play (it). And there's a gig here. Tapping in man, I'm never afraid to go to to ask people to sit in and jam. Some some people think that's obnoxious, but I would rather just learn. I would rather be immersed.

Rosie, would you mind telling me about the song "Breathless?"

RV: Well, "Breathless" happened to the studio very, very spontaneously. We basically had one riff to go on and everyone added their parts, including Ross's wife, who plays a beautiful flute part. We (often) go in and just take our stab at our takes on what we want to add to it, and at the end of the day, we have a song. Serge Carrasco, our guitarist, wrote the lyrics and sang the lead and...did a gorgeous job.

I think, process wise, that's a good one to kind of sum us up. We wrote it all kind of together, in a day. People would come in and play their part and then they'd leave it to Rosie and I to cut into pieces and twist into something different. I mean, of the flute part we recorded, I think we use maybe a total of five or six notes that we then looped, and manipulated throughout the song. There's a lot of that throughout the record..

Death of a Very Good Machine is out now and available for purchase on Bandcamp. 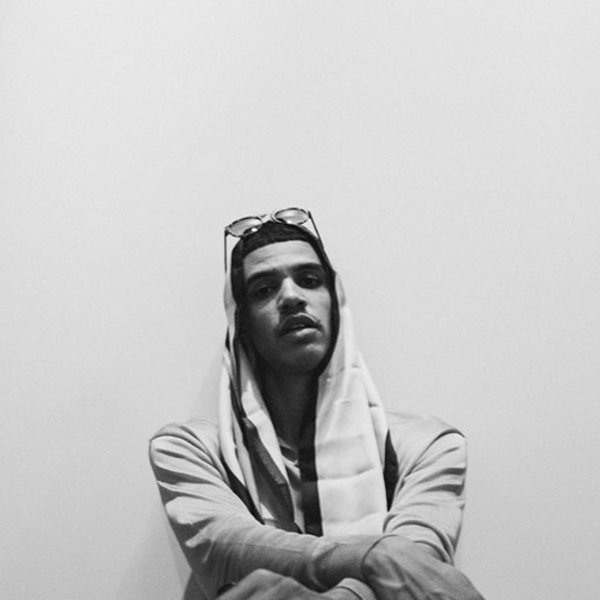 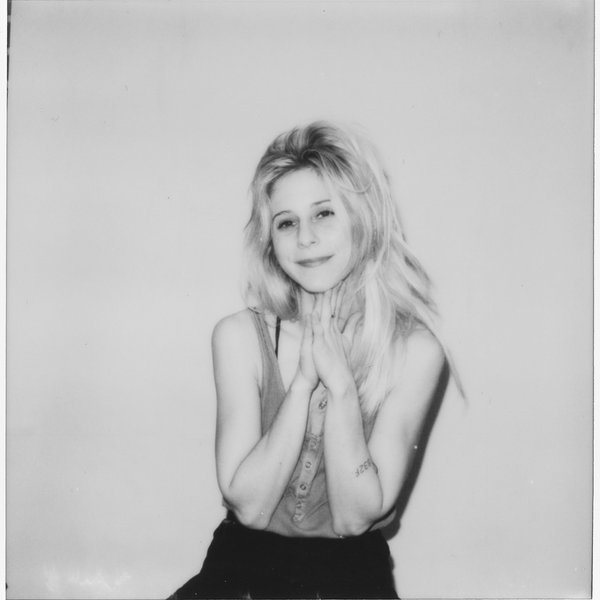 KEXP has a lively conversation with Bully's Alicia Bognanno about Courtney Love, the awe-inducing splendor of Cher’s “Believe,” and the dangers of quarantine haircuts 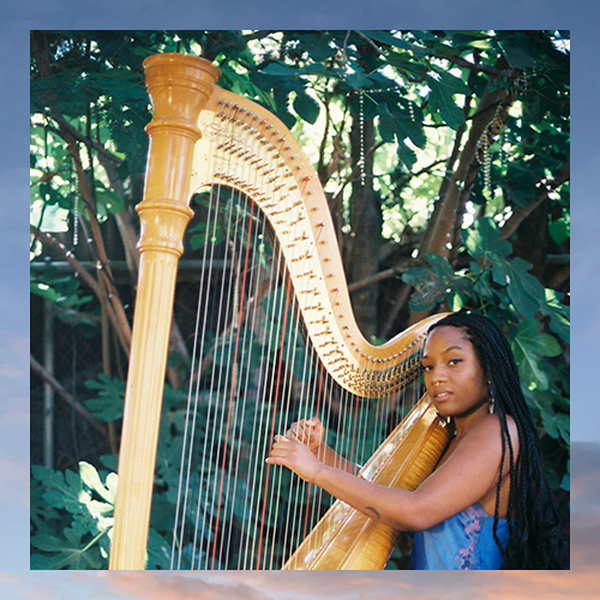 Magic Spells and Musical Healing: A Conversation with Harpist and Composer Nailah Hunter

KEXP chats with the Los Angeles based artist about her debut EP, 'Spells,' out now on Leaving Records.