Eric D. Johnson of Fruit Bats on Gold Past Life and His Friend Richard Swift

It's been a few years since we last heard from Eric D. Johnson's musical project Fruit Bats, but they return this Friday, June 21st with their eighth full-length, Gold Past Life. Earlier this year, KEXP Morning Show Producer Owen Murphy had a chance to chat with Johnson about the new LP. In the following chat, they discuss the forthcoming full-length, the influence of Mr. Rogers, and the impact of his dear friend Richard Swift.

KEXP: Why did you name it Gold Past Life?

Eric D. Johnson: The working title for a while — which is also the title of track one — was "The Bottom of It" which sort of referred to "getting to the bottom of something" in a good way. It's not like "hitting rock bottom" or something like that. But we thought about it a lot and I was like, people are going to think that that's negative, because the last album was called Absolute Loser. So, "Gold Past Life" — which was track two and now seems more enigmatic — it refers to nostalgia and the notion of some sort of past that's gilded in your mind. You know, thinking of the past in a romanticized way that might not actually be the reality. But that's not really the theme of the record, I don't think, necessarily. It fits in with the theme.

Do you know what the theme is?

I think it is my therapy record. It's therapy for you, not specifically "you" but the royal "you." And I think for me a little bit, too. I'm trying to achieve some sort of catharsis with it a little bit, I think.

So I think this record, if you like my band, it is the most concentrated dose of Fruit Bats-iness that you'll ever get.

Why do you think you needed to make a therapy record for yourself?

Well, I mean they all are therapy records, they sort of always have been since the beginning. And people who seem to like my music often find it comforting for some reason which I never really knew why. Maybe it's the tone of my voice or something like that. But I also think it's because I think a lot of art is self comfort. I don't think comedy is really self comforting from what I've heard from comedians who I know. A lot of it is, I've sort of heard them describe it as, rhythms like people who do funny voices and things like that. If you do funny voices all the time, you are hiding from something but also sort of comforting yourself through a sound or a tone that is pleasant and repetitive to you. And music's a lot like that too. It makes you feel good when you feel bad. And yeah I think I've always done that. I realize a lot of this stuff is to comfort myself or convince myself that everything's OK and people are like, "he's so positive and he's so balanced" and I'm like, No, I'm not! I'm as crazy as anyone and I'm the reason I'm saying this in the music is to sort of convince myself of it. This is the first time I've sort of consciously taken a whole collection of songs and been like Oh yeah I think that's kind of what I do I'm gonna inherently put that into the most concentrated form possible. So I think this record, if you like my band, it is the most concentrated dose of Fruit Bats-iness that you'll ever get.

Do you think there's something going on in your life and your head and your heart that again made you want to make a record that was comforting for you?

So there is that greater sort of anxiety that or world anxiety that we're having in which we've always had I think it's just sort of like we have a lot of people throwing smoke bombs in the room and lighting off firecrackers and doing air horns. That's sort of what it feels like. People are nervous anyway and people are like, let's make it even weirder. But again this isn't really about that. This is more like a cup of soup for people. This is not a rally. This is more like, just come into the den. Let's light a fire and talk about this.

Do you think the world would be a better place if there was less about social media and as you said blaring horns and stuff and firecrackers, and more about one on one conversations with people who actually differ?

One hundred percent. Yeah. And of course, I'm in a line of work where I need to utilize social media to tell you to not use social media. That's a wormhole of a conversation that we won't go into right now, but yes you're 100 percent right. We are not living in an era of eye-to-eye conversation. We're not even living in an era of phone calls or polite three paragraph e-mails. We're just kind of living in a five words at a time. You know shouting matches. But this record is not about the Internet or politics. It's sort of just about whatever anxiety anyone has had since caveman times. So there's that.

I had lost my friend Richard Swift kind of in the middle of writing this album. It's not about him necessarily but that certainly informed — it had to have subconsciously or otherwise — informed this and sort of the sadness that came in and the loss to our community and everything like that. So it was sort of comforting myself and my friends with some of this music.

And then also — this was more like a one day thing but — I watched that Mr. Rogers documentary Won't You Be My Neighbor and wrote three songs that night that are on this record weirdly which is you know almost a third of the record came after watching that movie so that there's something to be said for that.

What things in the Mr. Rogers documentary struck you and which songs are we talking about?

I don't even remember which three it was. It was just my most fruitful night. These songs are again not about Mr. Rogers at all, it just opened... well, talk about an eye-to-eye guy. A guy who is the absolute anthithesis of our times. I don't even know what planet he was from. But I think just watching that movie, it was so heart-opening that I actually felt like it was my duty to go make something nice. You mentioned Richard's loss in some way informed the album. Now to my way of thinking, he was really interesting in numerous ways. Clearly very talented, an incredible musician, and an amazing producer who created soundscapes that are both reminiscent of the past like '60s kind of Phil Spector as well as a totally uniquely his own. So I ask the question under that kind of umbrella to start, how did he inform this record?

I mean, Richard's always influenced me like production-wise for years so it wasn't even really that. Since I met him ten years ago or something like that, I've never entered a recording situation without thinking about him. So that was already there. And I have a producer Thom Monaghan who I work with and him and Richard were friends, so sonically speaking that's a given.He was certainly a guy that made you feel like you wanted to be creative at all times and his loss is like well, we better get going. We've got to fill this world with more stuff because he was so prolific. I feel like for our community of friends who were touched by him, we need to work double overtime to fill that void. His creative energy was like a massive dense thing of energy particles.

What kind of person was he?

He was a funny, funny cool guy. I don't know. Yeah. He was an incredibly strong presence, even if you didn't know him you'd be like, Who's that dude in the room kind of guy.

He looked awesome. Felt awesome. He was confident. He had great hair. He dressed cool but also was like making everybody laugh. And I don't know he just he had a thing, I can't describe it. I feel lucky to have caught the best of him always. So that's what I'll remember.

If you could play one Richard Swift song for an audience of thousands. Which song would you choose and why?

Maybe "The Novelist" which is an earlier song of his. I saw Damien Jurado do it. We just did a whole thing and played Richard's last album front to back with sort of a cast of characters and then did a lot of his other songs so it was sort of a night for him. And Damien did "The Novelist" and just one of the most crushing... Damien crushes me any way. Like he could read the phonebook and make me cry. Him and Richard were very close and sort of cosmically intertwined. Anybody could tell that just listening to those records they did together for Damien. But yeah "The Novelist" I think. I mean "Lady Luck" would be the obvious choice because that song is just one of the greatest songs ever.

Eric, why does music matter to you?

I don't know. I've just been thinking about that more recently because music found me a little bit. I always just wanted to do something creative, I didn't really know what, but it's sort of the easiest thing and I don't mean that in a way of like, you know, I would have done large form sculpture but it was too expensive. I mean, it's just sort of the most most primal, I guess — just a caveman bang on a couple of rocks together and sing into the cloud. I think it just taps into something really elemental in us more than any other art form. It's just water or air or food.

I love the word elemental. When you say it, what do you mean by that?

We need it. Yeah. I mean I guess there's probably some people out there who are like, I don't listen to music at all. I haven't met them. Maybe I've met like one or two but I I didn't talk to them long enough to sort of understand why. It just seems very weird. Yeah it's just a basic thing that we need.

Gold Past Life is out June 21st via Merge Records. Fruit Bats are playing the Merge Records 30th Anniversary show in North Carolina on July 25th. 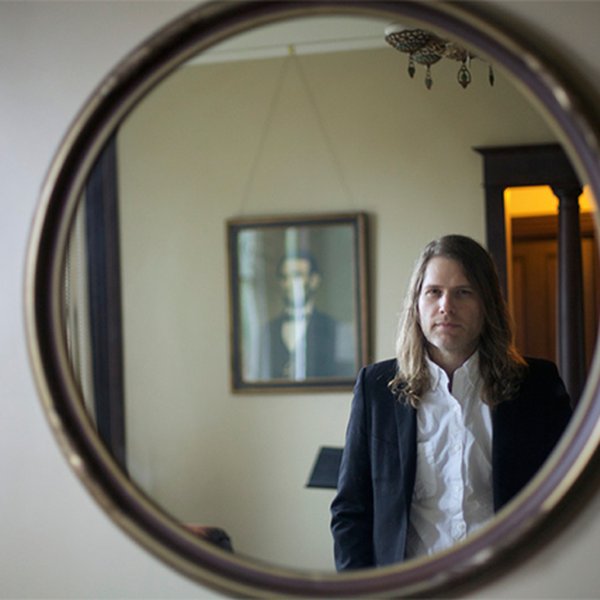 A couple of months ago, we were able to tease the forthcoming album by Fruit Bats, the "reunited" project of one Eric D. Johnson, who broke from his 16-year career under that name, recorded briefly as EDJ, and now is back. His forthcoming album's first song, "From A Soon To Be Ghost Town", which ... 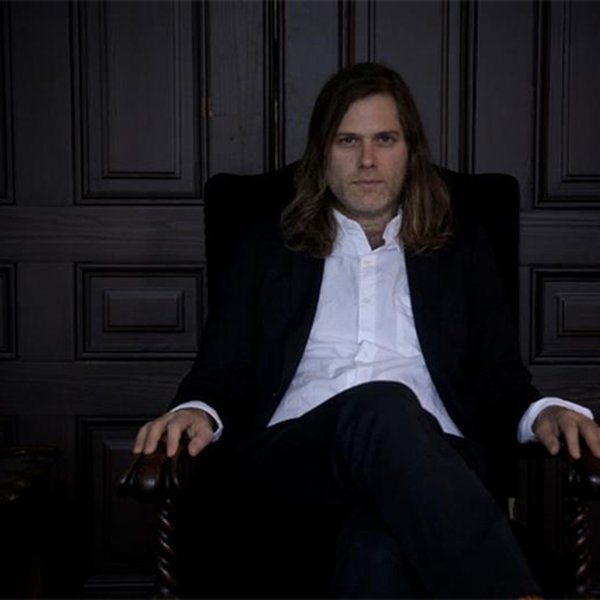 Song of the Day: Fruit Bats - From A Soon To Be Ghost Town 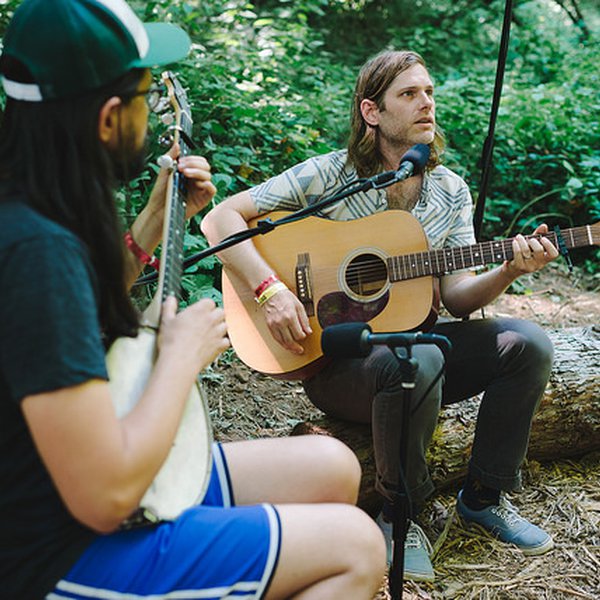 Pickathon's 2015 Fall Season is in full steam. Each week, they're running an ambitious program of four new episodes every week through February 2016. Through twelve individual channels of content, you'll be able to experience this one of a kind festival in the most intimate of ways... you'll go, ...