The Seattle based band Tacocat released a new album with Sub Pop records last week. It's called This Mess Is A Place. The band's drummer Lelah Maupin and guitarist Eric Randall came to the KEXP studios to talk about the new record and the struggle to be a band in Seattle right now. But first let's dive into the music.

The first single off the record is called "Grains of Salt." It touches on themes of materialism with lines like "mansions on your mind" and "feeling counterfeit because they told you so." Then there's the song "Rose-Colored Sky."

"This song is more of a secret feminist anthem because it's about white male privilege, mostly," Maupin says.

There are also songs that explore how society seems to be sleepwalking through life and live a passive existence, such as the song "Crystal Ball," with the lines "what a time to be barely alive" and "we're spread so thin, we stopped existing. We spent these days living in a dull haze."

But Randall and Maupin say this is also a reflection of the millennial generation.

"It's becoming harder and harder just to exist," Randall says. "Our generation is the first that will be worse off than our parents. And it's starting to catch up with us. We're in our 30s now and I think we're all very far from where we thought we would be. We live in a house with like seven roommates. The same house we were living in like ten years ago."

"Oh and we're very lucky," Maupin adds. "And that's lucky! Our house has not been torn down and it's been maybe getting torn down for like five years. It's difficult to exist in this world if you don't have a lot of money and if you're an artist and you want to pursue being an artist and not choose something else that you don't really want to do."

Listen to or read a transcript of Sound & Vision producer Emily Fox's conversation with the band below.

KEXP: You talked about still living in the same house you lived in for a long time with seven roommates...

And I can't help but notice, Erik Blood of Shabazz Palaces produced this album and Erik used to be Seattle-based and has since moved to L.A. It seems like we're seeing a big shift of Seattle artist moving to L.A.. Why do you think Seattle artists are moving there?

Maupin: Well as two Seattle artists who almost moved there...

Eric Randall: We kicked it around.

Maupin: We really did we. It was like the plan for a while. But turns out, it takes a lot of money and time – which we don't have any of. So we didn't go. But the reason is because Seattle used to be a hospitable climate for artists and it's not anymore. So if you lose what you were here for, then there's no reason to be here. You might as well go somewhere sunny.

What do you think changed? What did hospitable look like and what does it not look like now?

Randall: Mostly rent prices. It's just really hard. We all work.It's a lot harder to make money as an artist. And I think that if you go to L.A., there's more opportunity to try to get to, say, "trickled down upon" economically. You pretty much have to partner with some sort of brand. You don't make money from selling albums and you make some by going on tour and selling merch but getting your song in a commercial or getting money from Amazon or something like that is something that's unfortunately super necessary to sustain being in a band. Broadly speaking, all the money has moved upwards and we're all just down here fighting over it.

Is there a benefit to be based in Seattle as a musician right now?

Randall: Like we said, we live in a house that's pretty cheap.

Maupin: We have the cheapest rent in Seattle. Period. Bar none.

Randall: It does allow us a little bit more freedom.

Can I ask what that number is?

And so when you split it between seven people that comes out to...

Maupin: Eight people. Well, everybody's rent is a little bit different. It's Price based on the size of their room. Mine is the biggest room in the house and it is 400 dollars. We have a trailer in our driveway. It's $165 I think? No, it's $200 something. I don't remember. But that's the cheapest one.

Maupin: That's how you do it. You live in a trailer in someone's driveway in an ancient crappy house that's going to get knocked down any day.

Tacocat has been living in Seattle and been touring as a band since 2007. They say when they started playing in Seattle, they were surrounded by a bunch of bearded men playing garage rock. Tacocat was out of place, but as Tacocat reflected on their many years together – despite a changing Seattle and the hustle to make it as a band – Maupin says their friendship is what has kept them strong.

Maupin: I would like to talk about a song. The last song on the album, which is about how we've been touring for like 10 or 11 years. 12 years. That song makes me feel kind of misty because it's about our little family and the band and all of the travels we've had together.

And you're all really close.

Maupin: Yeah, we are. Which I think is kind of the secret ingredient in our music and how we're still doing this. We were very lucky to be very close.

Randall: Lesser friends would have crumbled under a lot of what we've been through.

Maupin: This stuff is not easy. 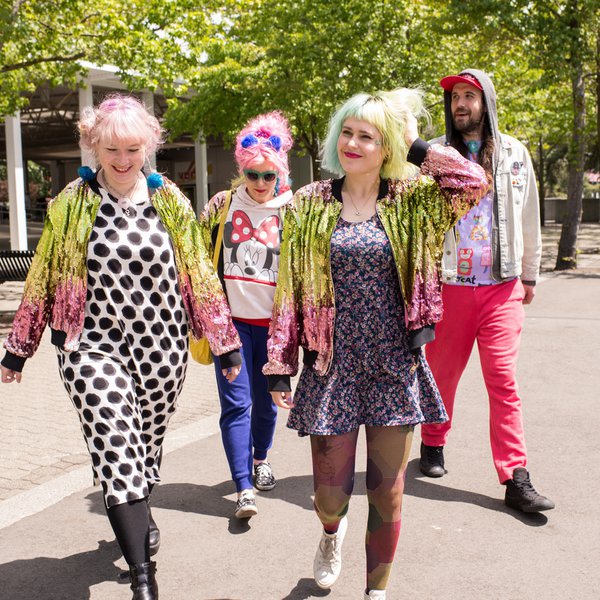 Tacocat Laugh It Off on New Single "The Joke of Life" 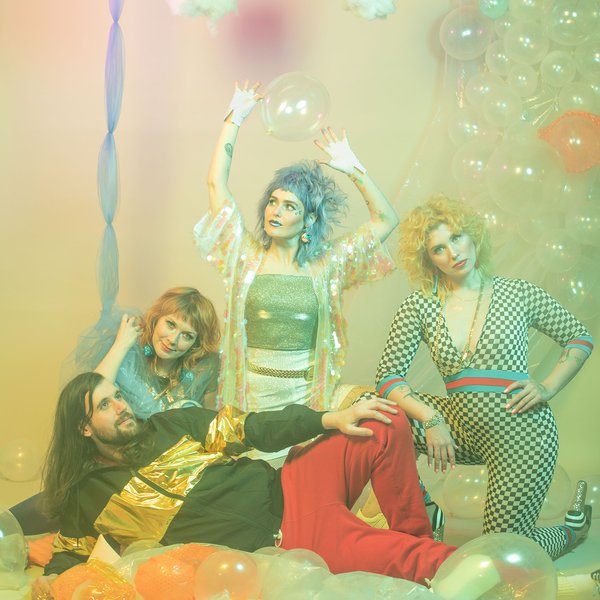 The song tackles the concept of power structures within society 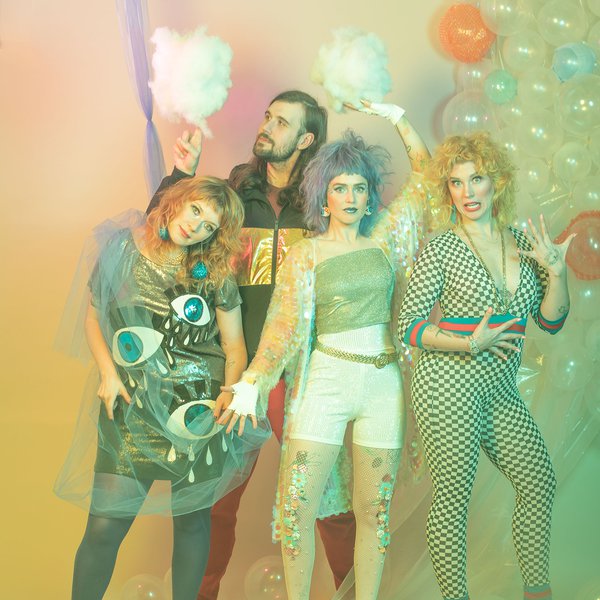 KEXP talks to Emily Nokes, frontwoman of Tacocat, about their forthcoming full-length This Mess is a Place out May 3rd on Sub Pop Records.