Tacocat has a new record out! Well, almost out. The highly anticipated album, This Mess is a Place, will be released May 3rd on Sub Pop Records. Produced by local legend, Erik Blood, the 10-track album features the band’s signature high-energy music and quirky-thoughtful-introspective songwriting. To whet the proverbial whistles of their fans, Tacocat recently released the album’s first single (and accompanying music video) for “Grains of Salt,” which you can watch below. To celebrate the release, we caught up with the band’s frontwoman, Emily Nokes, to talk about the genesis of the album, how the group prepares for an extended tour, and what it’s been like to grow older and wiser over the years.

I asked Erik Blood, who produced your two most recent albums, what it was like this time. He said on the new record it was, “Me pushing them and them pushing me.” Do you remember a moment when you felt particularly pushed during the recording?

It’s kind of hard to pick a particular moment because I feel like when it’s recording time I always feel that push. Like, this is so much pressure as, like, the lyrics person. You’re going last and everybody’s made this amazing music and everything sounds so good. Like, “Okay, here I come!” I want to be the frosting on the good cake and not just some disappointing frosting that makes the cake worse. So, there’s not a particular moment I can think of, but I always feel pushed. Everybody brings it, everybody’s doing their absolute best and it’s so inspiring and it really definitely lights a fire under me to make sure that I’m doing the best that I can because everybody’s really bringing their best game.

The lead single from the new record is especially encouraging. It tells the listeners to love themselves first. Was there a time in your life when you needed to hear this message?

Yeah, I think that when I was trying to write some of the lyrics — or, I guess, all of the lyrics — it’s our first album post-election, our first album post-a lot of really hard shit for everybody I know, including myself. I just think at the end of the day, I wanted to write something that feels good. I don’t want to dwell on what feels bad. I want to go at it with an open heart and come at it from that way. And the music was just so fun; the whole vibe was so fun. I was really inspired to kick that message up a notch.

There is a fair amount of civic concern expressed on the new record. Now that you’ve finished it, has your orientation to the world of politics changed in any way?

No, not particularly. I mean, it was written during a pretty dark political time. But we’ve always been a pretty political band so we only — as things get more magnified in the bad way that just makes me feel more magnified in what I think is right. So, yeah, I didn’t really — I feel a lot more inspired now, more light-at-the-end-of-the-tunnel. There’s some good news in politics lately, though it’s always tempered with something horrifying and disgusting. So, I don’t feel too reoriented since the album has been done and done.

There’s also a lot of wisdom in the lyrics on the album. Do you feel like a wiser person these days?

I hope so! As I get older, as everyone gets older, as we’ve been in a band for a long time writing together, all these things, you just hope you’re getting better each time, that it’s a stair-step thing. I never want to plateau. I always want to keep learning. So, hopefully, there’s some wisdom in that! It’s been about three years since your last record. How did the new material come together?

The music usually gets written piece-by-piece. Maybe [guitarist] Eric [Randall] will have a riff or [bassist] Bree [McKenna] will have a riff and [drummer] Lelah [Maupin] decides what drums would be good and then I’ll be present for practice witnessing it come together or I’ll get a cell phone recording of something and then I just sit with it and try to figure out the best melody and the best lyrics. I try to ask if anybody has anything they want to write a song about or if they have any lyrics they want to throw in the pot, or ideas. I like to be a unit. I don’t want to be like, “This is only what I care about!” We’re all pretty aligned in a lot of ways, anyways. But, yeah, it just usually comes together in pieces like that. And then when we get into the studio we can make more fine-tuning decisions.

Was there anything you learned about yourself creatively or about your relationship with the band during the latest recording process?

This isn’t our first go-round, obviously. We’ve done a lot of albums together, so there’s not a lot that I would be learning, like, “Oh, my god, this is so surprising!” or anything. I guess something that I’ve learned but that I’ve always known is that no matter how hectic or how impossible something seems, like, “Oh my god, we have to get this, this and this!” like, there’s just a lot of moving parts and sometimes it’s hard to see if there’s going to be any rad finished product. But then it’s like, what I’ve learned is that we can do anything together and we’ll always land the backflip, as I like to call it.

What’s exciting for you about being signed to Sub Pop?

The band has a lengthy tour coming up. How do you personally prepare for the experience?

This time I’m going to try and write out a list ahead of time of everything. Lelah does this really cool thing on tour where she will jot down in the moment in her notepad in her phone things we need, things we always forget, things we always need and always forget! So I’m going to try and get ahead of it this time and really plan out outfits — because it’s hard. You’re, like, living in a van. And you don’t want to have too many options for stuff to wear. You don’t want to bring everything you own. But at the same time, you don’t want to be stuck, like, “Ugh, I hate these tights!” A lot of it has to do with packing. I just really am trying to nail it this time. I’ve gone through phases of minimalism — like, I’m only going to bring two things. And maximalism — like, I’m going to bring fucking six suitcases! Because this is my new apartment and I need options! This time I’m just going to try and pack better and be more prepared with Throat Coat Tea and all these things that make a world of difference when you’re without them. Along with being a frontwoman, you write critically about music. What is it like to have a foot on either side of that line?

I guess that I don’t know what it’s not like, so it’s hard to do a compare and contrast. But I like to think that it makes me an expert because it’s all I think about. I do it, I listen to it, I read it, I experience it through every different part of my life. So, yeah, the experience is cool. Sometimes I find myself just wondering how people made stuff or wondering what their music experience is like? More deep thought-type stuff. But I really like it. I think it really suits me. For some people, it might be, like, a conflict or something. But for me, it totally suits what I’m about. It feels very comfortable and natural to me.

Tacocat has been together for almost a dozen years. Is it hard/great/weird to grow up in a band?

Oh my god, it’s all of the things! But I do really think that we’re lucky. And I don’t know anyone else in our friend group that really has this experience that we always have each other because we’ve all experienced the same things for so long, but we’re just basically a family unit at this point. It’s awesome. I wouldn’t trade my band mates for anything. I don’t even know how lucky — I just think about what if we haven’t met? Or what if we had a different guitar player or bass player or drummer? What if it was just different? We’re such a good combination of people, I think. It’s just really worked for us over the years. Of course, it’s encompassed every feeling imaginable but mostly I feel so grateful.

This Mess is a Place will be released May 3rd on Sub Pop Records. 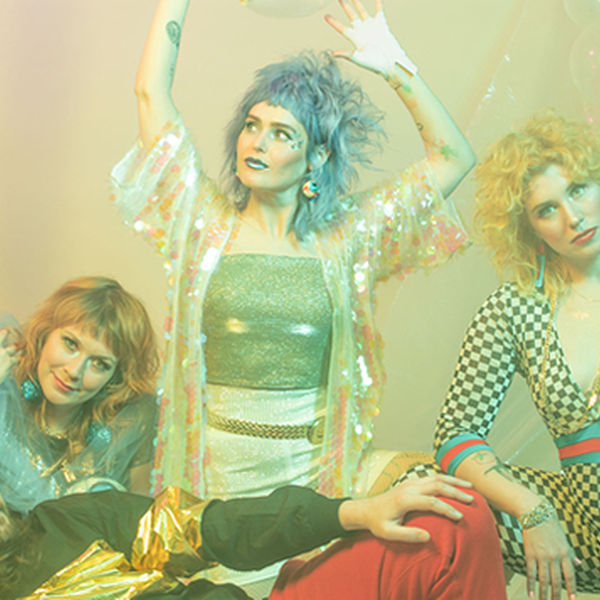