Above the Aros Museum in Aarhus, you’ll find a rainbow. It’s not quite a literal rainbow, but a circular walkway hovering the building like a real-life Rainbow Road. It gives visitors a chance to experience every hue in the color spectrum for themselves. Traversing from blues and greens to reds and yellows, it’s easy to feel like you’ve left this world for something a bit more magical and vibrant.

It’s where KEXP started our day when we arrived in Aarhus, Denmark. Jet-lagged and eager, it gave us not just a chance to see the city from a 360-degree view but a chance to change our perspective through filters of colors. 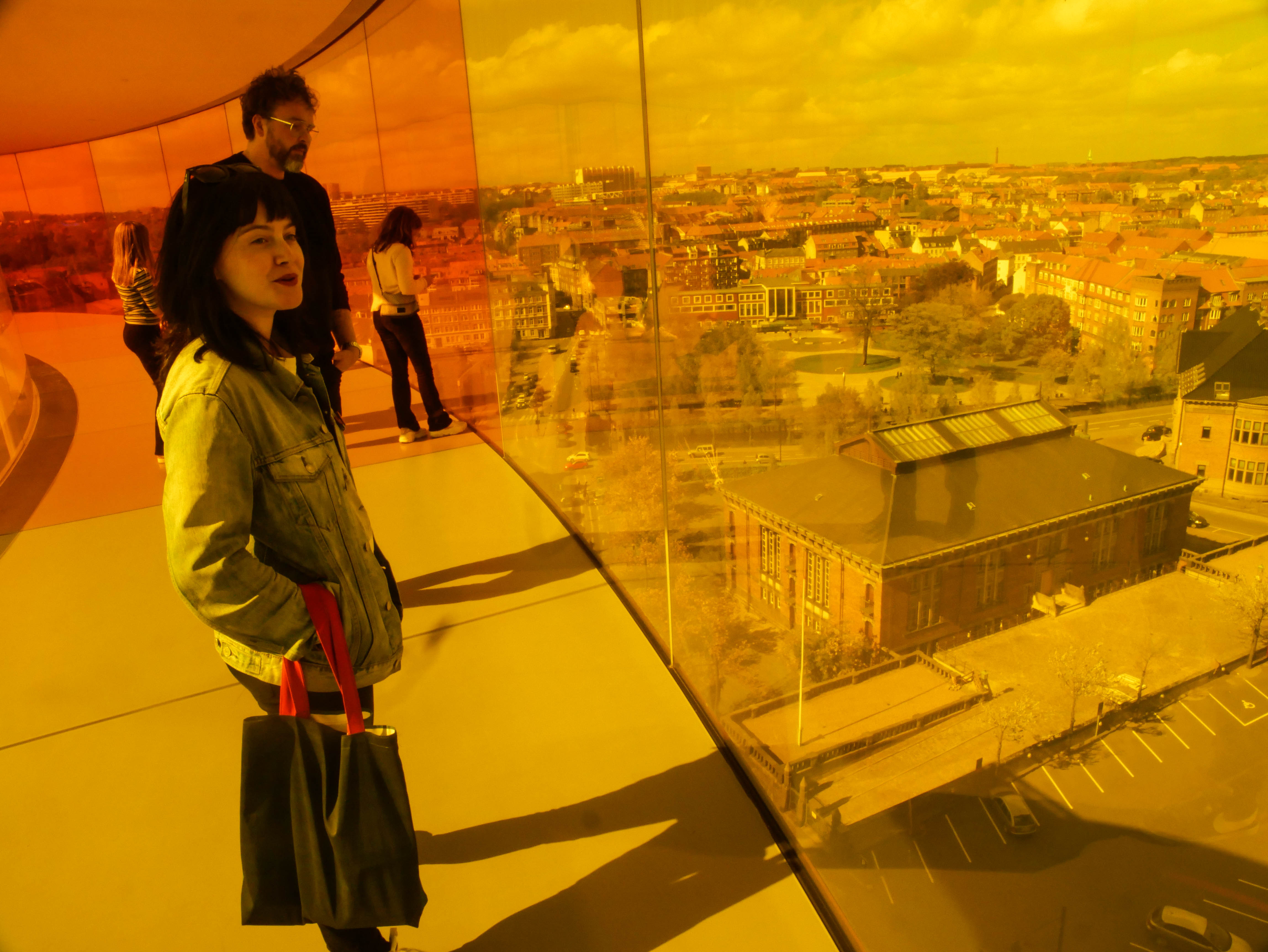 The rainbow couldn’t have been a better metaphor to start our experience at the SPOT Festival. Over the next three days, we’d be experiencing the vast spectrum of music from Nordic countries and even artists from even further abroad. Even if there wasn’t a giant glass rainbow hovering the fest, it’d be hard to miss the vibrancy exuding from the town. Aarhus’ friendly and inviting demeanor is amplified with the influx of artists and guests traveling from across the globe, hungry for music discovery.

After a few plane rides and a train from Copenhagen to Aarhus, our team got ourselves caffeinated enough to get a quick sampling of what the festival had to offer and we’re already craving seconds. From the invigorating sounds of Shamstep to elegiac folk arrangements and electronic brooders, we’ve already experienced quite the spectrum ourselves. If the next two days are anything like day one, we might have to make more room in our bags with all the thrilling music we want to take back home. - Dusty Henry 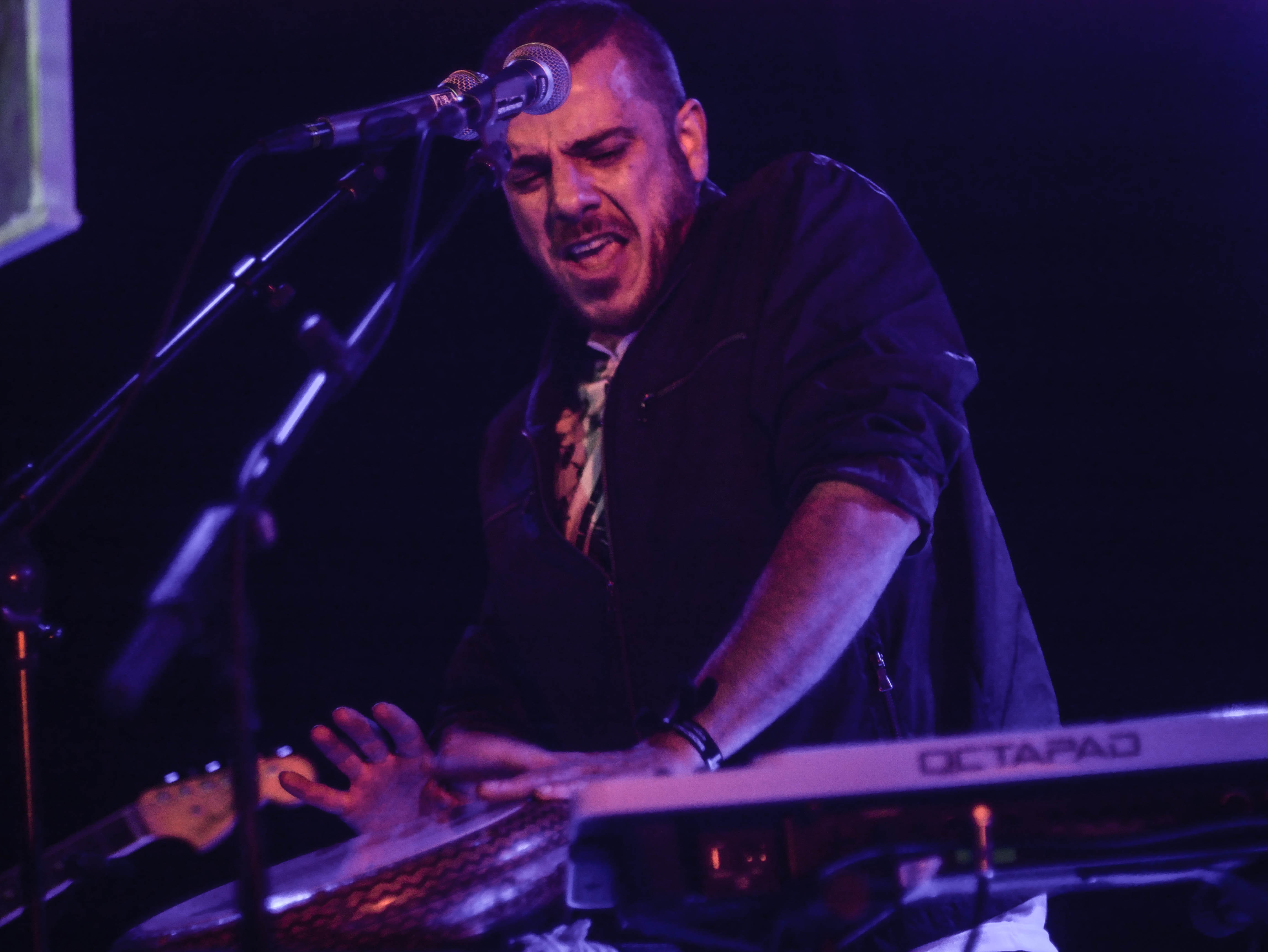 "What’s the soul of the 47?” chant Jordanian Palestinian group, 47Soul, who coined their own movement called “shamstep”. Shamstep is an epic fusion of electronic, percussion, and the joyous dances of Dabke music.

47Soul entranced the crowd at the Roots and Hybrid Festival taking place in a carpeted dance hall with liquified visuals of reds and oranges on sheets that blended with the dancing crowd. Hands swung side to side as the quartet mixed Arabic and English with bouncing guitar lines, hypnotizing analog synth, and commanding drums sending their music to “cross borders, shut down walls, bring equality of all humankind…” in their home of Bilad Al-Sham and throughout the world. - Abbie Gobeli 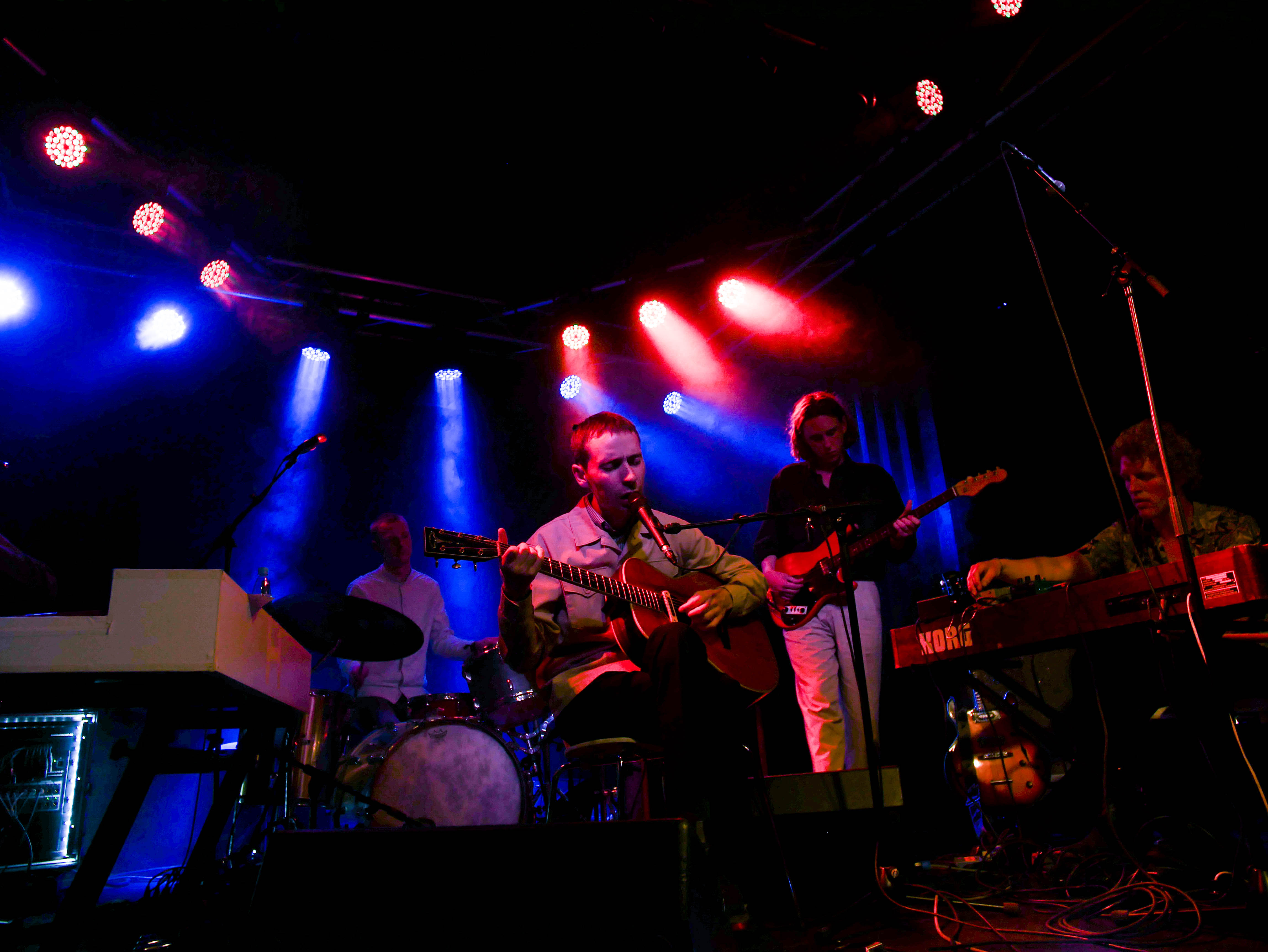 Before Hjalte Ross even performed, you could tell something special was about to happen. Watching the band started setting up their Eames chairs and vintage gear and instruments, it was clear that the Danish songwriter was going to deliver on arrangements that would build out on the plaintive, thoughtful work of his debut LP Embody. Of course, this all turned out to be true.

Ross sat in the center of the stage with his five-piece backing band sitting semi-circle around him. When a band is mostly sitting down on the stage, there’s a risk of the energy in the room plummeting. This was not the case here. Instead of dampening the mood, the stage felt reverent. Ross himself hardly ever moved from his position – legs crossed, guitar on his lap, and his head slightly downturned. His fragile, intricate fingerpicking called to mind the prowess of acts like Nick Drake and Bill Callahan, with the occasional light strumming worked in when appropriate.

On his own, Ross could hush a room with his breathtaking songwriting and quiet command of the stage. And while I’m sure that would be a special performance should he be in a solo set, the band was a welcome and astounding addition. Lush and serene, the band was also slyly ripping. It was a quiet confidence that would come in swells of feverish guitar leads, alto horns, and bowed instrumentation.

From the moment Ross and his band took the stage, the entire air in the room felt different. Even as the wind whipped outside, you couldn’t help but feel a sense of warmth after their performance. - DH 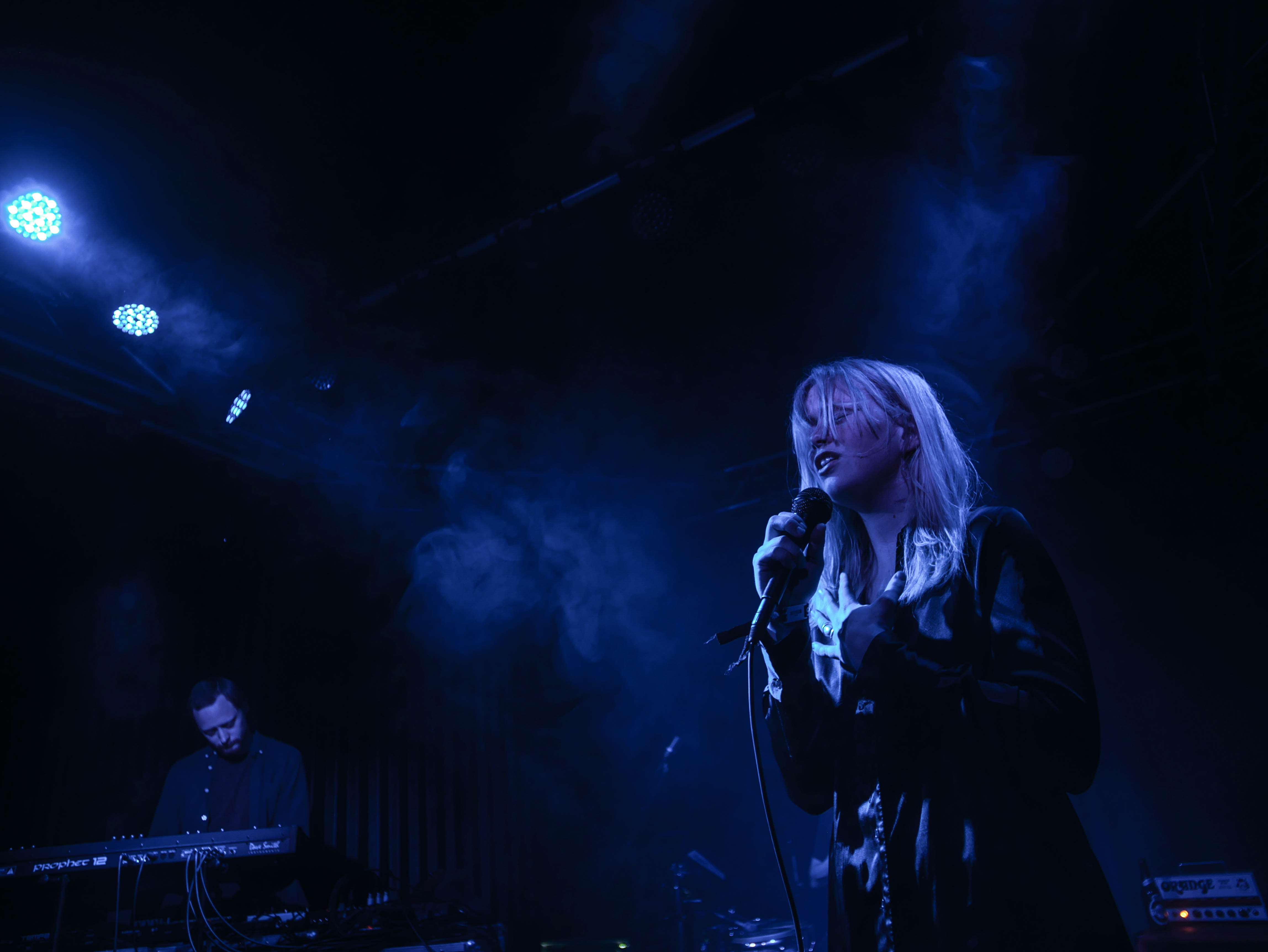 ZAAR, the moniker of Danish songwriter Sara Flindt, transformed the Radar stage at Spot Festival into the brooding dance party we didn’t know we needed. Backed by a band with stacks of synthesizers and a fascinating drum kit that boasted a spiral trash cymbal, ZAAR commanded the room with her powerful vocals and dazzling footwork.

Her voice would meander over the electronic production, veering from icy elongated notes to brutal howls. As the songs would ramp up, so would her movement. She’d bounce and zig-zag her feet across the stage, amping up her performance the crowd simultaneously. The songs would range from spacious to space-thrillers, embracing the avant-garde without losing splashes of pop pastiche. - DH

KEXP is venturing out to the SPOT Festival in Aarhus, Denmark on May 2-4. While we won’t be broadcasting this time around, KEXP has been invited as guests from our previous initiatives and will be on the scene exploring all the Danish and Nordic music we can handle. 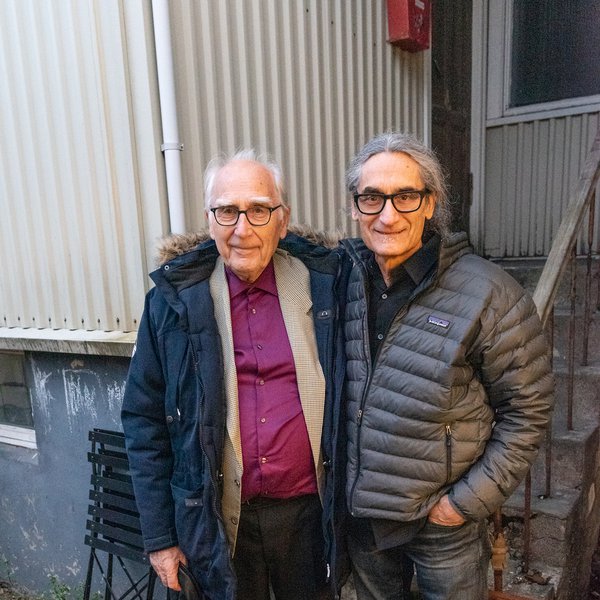 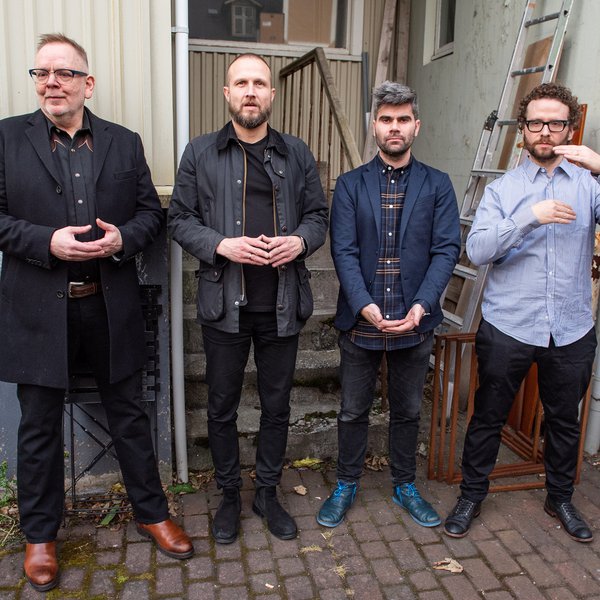