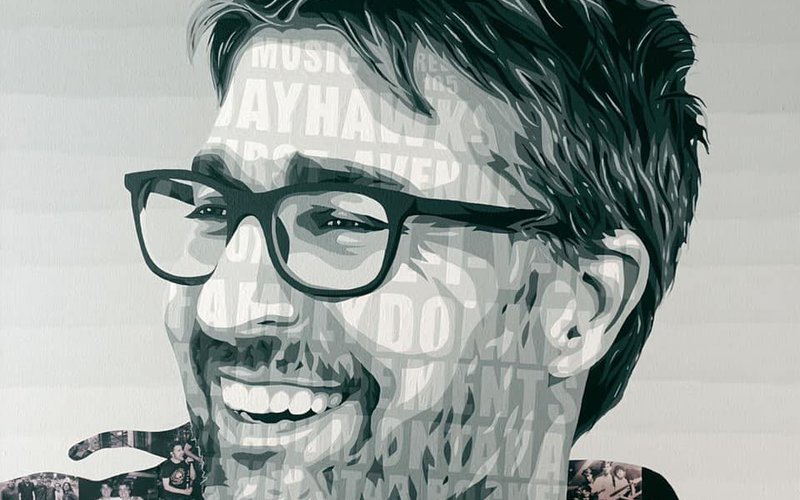 Last Thursday, KEXP presented Music Heals: Beyond Cancer, a day of programming dedicated to the power of music and the part it plays for those facing cancer. In this very intimate interview for Sound & Vision, DJ Kevin Cole chats with his long-time friend Jay Mathews.

Cole met Mathews back in the '90s when Cole was program director for Rev 105 in Minneapolis. It’s a station similar to KEXP. Mathews is a singer in a cover band, and a husband and father of two boys, ages 13 and 15.

Mathews had bladder cancer a decade ago and last year he was told he had another cancer. This one was terminal. It’s stage 4 pleural mesothelioma. It’s a cancer caused by asbestos exposure. He was told he had 7 to 18 months to live. The cancer has also caused a tumor in his lung, making it hard for him to breathe when he sings.

Mathews talked with Cole about his personal story with cancer and the music that’s healed him during this time.

“I have just embraced living, when you’re first diagnosed at the beginning of the journey everybody is encouraging you to kick cancer's ass and you’re battling cancer, it’s all about the fight, but to be honest, to get up every day, to prepare for battle is exhausting,” Mathews says.

Mathews said he went to a community center in Minnesota for families and people who have cancer and Mathews said they talked about “instead of talking about it as a fight, think of it as living with cancer.”

Mathews said that idea brought a big mind shift for him.

“Then I just embraced, okay I have cancer, but I’m not going to let that stop me from doing the things that I want to do, that I’m still able to do — listen to music, go to shows. So really, it helped me get more focused on living,” Mathews says.

Mathews says he and his wife have made a point to continue to see live music. Since his diagnosis, they’ve seen The Decemberists, Elvis Costello, and Neil Young. “I just love it. When I’m in there listening to music, I don’t feel any pain,” Mathews says.

Music has been healing for Mathews during this journey. He says when he was first diagnosed, his fight song was "The Pretender" by Foo Fighters.

As time went on, Mathews says he instead started gravitating toward more mellow, introspective songs like Neil Young’s "Out On The Weekend."

And Echo and The Bunnymen's "The Killing Moon." Mathews says that song’s lyrics “fate up against your will” reminded him of how he felt about cancer.

“The fate part is I have terminal cancer, but you still have to have the will to keep going and that’s the part that I’ve embraced to just try to keep the focus on living and do the best I can given the circumstances.”

Mathews says he listens to music differently after his diagnosis. He says he gravitates towards songs that remind him of “happier times” in his life and he now prefers vinyl over streaming services.

“At the beginning of this journey, a friend of mine came over with a turntable and a crate of about 80 records and gave them to me. It was a really eclectic mix. It was great because I feel like with all the treatments and things that I’m going through, my executive function isn’t so great anymore so when I’m sitting looking at Spotify or Apple Music trying to choose from a million songs... I just freeze up. But when it was just 80 records, there was something really comforting about flipping through there,” Mathews says.

Mathews says his advice to those who have also been diagnosed with cancer is to accept that you’re living with cancer rather than fighting cancer and to take stock in the things important to you and that bring you joy.