Hometown heroes Tacocat have announced their fourth studio album, This Mess Is a Place, due for release on May 3. Produced by Erik Blood (who helmed their last record, 2016’s Lost Time), the album will be the quartet’s first for Sub Pop after releasing their past two records on sister label Hardly Art. The effervescent lead single, “Grains of Salt,” has been shared via a colorful video featuring the band dancing alongside esteemed members of Seattle’s drag community including Dion Dior Black, Beau Degas, Umlaut, Connie Merlot, Mermosa, Irene Dubois, Cherdonna, and Cucci Binaca. Frontwoman Emily Nokes says this about “Grains of Salt”:

“This song is for roller skating, friendship, self-friendship, yes and no doubt, turning it off, running up and down that hill, leaving gross stuff behind, landing the backflip, imposter syndrome, being your own genie, and remembering who the fuck you are.”

The long-running punk outfit also announced a 28-date North American tour behind the new record, with a date in Seattle on Saturday, June 8 at the Showbox. View the album art for This Mess Is a Place and watch the Claire Buss-directed video for “Grains of Salt” as well as Tacocat's 2018 performance for KEXP at Upstream below. 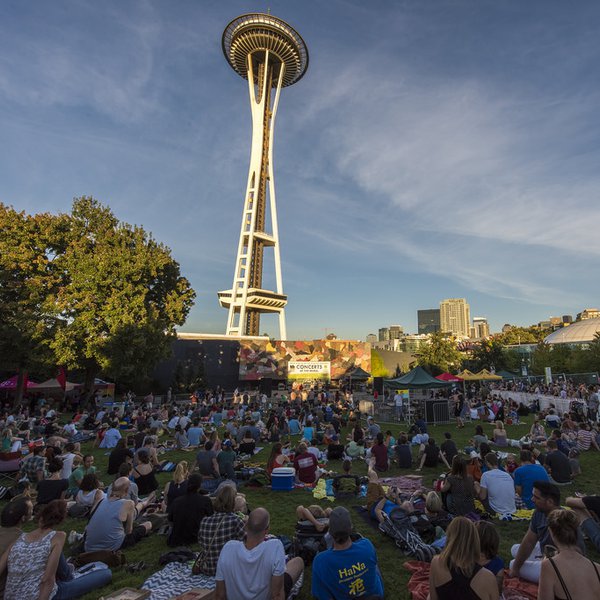 This Friday, KEXP & Seattle Center kick off the annual Concerts at the Mural series with Tacocat, The Coathangers, Snuff Redux.