Sound & Vision: Why Only 2% of Music Producers are Women

This story was produced by Celine Teo-Blockey

Sarah Tudzin is probably best known for fronting the band, Illuminati Hotties. And, with good reason, she writes all the songs, plays many of the instruments and produced their album Kiss Yr Frenemies.

The album began as a kind of calling card to show off her technical skills.

“A lot of bands were really excited about wanting to collaborate or involve me somehow now that they had heard this project,” says Tudzin, who has, since the release of Kiss Yr Frenemies, had her hands on 20 different records as a producer, engineer, or mixer. Tudzin says she loves producing because it takes creativity to bring someone else’s vision to life.

“You figure out something cool, and you’re like ‘let’s just try it,” she says. “And the band’s like ‘ok.’ They come back in and you play it on the speakers and everybody is like oh my god. So, that’s my favorite part of making a record, there’s definitely a moment when the artist realizes that they’re making art.”

But, not many women go on to become producers. After Tudzin graduated from Berklee College of Music with a degree in music production, she went on to work at a big recording studio. When she arrived, she was stuck with the grunt work, such as getting coffee and even janitorial tasks.

“At 4 in the morning I was cleaning the toilet with somebody who had worked there for three years,” she says. “And I was like ’I got to leave, there’s got to be another way to do this job.’”

Tudzin only lasted six weeks at that studio. She realized women who had been there for a while weren’t getting promoted to jobs that were more hands on with the music. In fact, one male colleague told Tudzin straight up that she would never get behind the boards there anyway.

“And I was like ‘why? I’m doing the same job that you are?’ And it was just like, 'well, the vibe here is like — not really friendly if you’re a girl,'” Tudzin says.

This statement is echoed by research from The University of Southern California’s Annenberg Inclusion Initiative. A report released in 2018 looked at the Grammy nominees and those who made it on the year end Billboard Hot 100 chart between 2012 and 2017. The research revealed that only 2 percent of producers are women.

Grammy president Neil Portnow was asked about this gender imbalance — while backstage at the 2018 awards show. He replied, women need to "step up."

The backlash was swift.

“What happened at the Grammys that year influenced how women pushed back on the industry and said ‘It’s time for a change, We need more female representation and we’re going to do something about it,’” says Dr Kate Pieper, a research scientist who co-authored the USC report.

As a result, several new initiatives were created. For example, Alicia Key’s She Is the Music, a global network that aims to increase the number of women in all roles across the music industry with everything from songwriting camps to mentorship. The Recording Academy also set up an initiative aimed specifically at tackling the problem by getting established producers to work with and sponsor up-and-coming female producers and engineers.

John Vanderslice is a musician and producer who owns Tiny Telephone studios in San Francisco and Oakland. He says he’s always had women producer-engineers in his studios.

“We have six engineers, producers on staff and half of them are female,” he says.

As a musician himself, Vanderslice is currently working on a record that will be produced by Sami Perez, who plays bass in the band Cherry Glazerr.

But Vanderslice also admits the female representation he sees in his studio and projects aren’t the norm.

“Both of them have been tremendously important to mentoring female producers,” says Vanderslice, “but I would say that you might as well be looking for female engineers at Google or something, it’s terrible.”

Vanderslice believes bands themselves can be part of the problem. This lack of female representation is a vicious cycle because the music industry has been male dominated for so long, bands gravitate towards the same male producers over and over again.

“Chasing credits is like pure idiocy,” he says. “I mean, so many bands do that. If you’re supporting just people who already have power over and over and over again – there’s something wrong with you. It’s not just male, female, you can’t just be doing this game. This is how power gets concretized and you have these like unbreakable systems.”

Like Vanderslice, Tudzin says she sees more female producers in her music world than what that 2 percent number would make it seem. She also sees the industry changing. For example, bigger bands are becoming more conscious about which bands or artists they invite to open for them on tour.

“Artists are specifically looking to lift up bands that are fronted by women and by people of color, by queer people and marginalized people,” say Tudzin.

But, despite this push for diversity in the music industry, Tudzin notices that not all white male bands are happy with this shift.

“I think that has been reversely intimidating to a lot of bands that are just white dudes,” she says. “But the truth is that those bands are going to be totally fine. They’re not not getting opportunities and they’re doing just as good and record labels are still signing them.”

The music industry has shut women out for decades and Tudzin feels that these bands miss the point.

“I think that’s sort of the thing that everybody forgets about, is that — it is just sort of like making space for more people,” she says. “It’s not, excluding the people that have already been sitting at the table you know.”

Tudzin has noticed more women amassing influential credits as producers — from St. Vincent to King Princess and Clairo. She doesn’t feel that it’s in anyone’s interest for the music industry to keep out half the population. Or anyone who identifies as non-male. 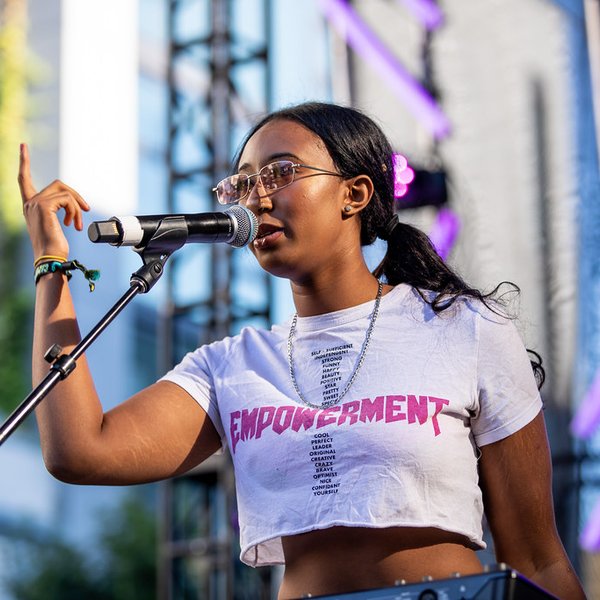 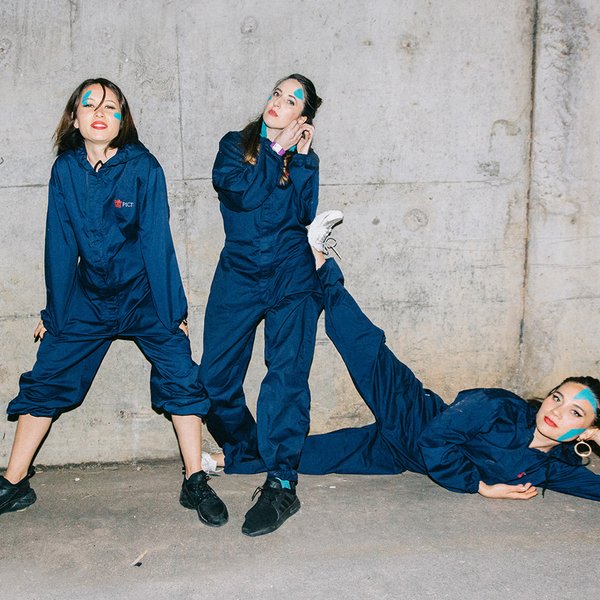 Sound & Vision: The Financial Benefits of Being a Band Down Under

Australia’s federal government will spend more than three times as much money on artists and musicians as the U.S. will this year. Sound and Vision contributor Celine Teo-Blockey talks to the Australian group Haiku Hands about how that money is allowing them to break out internationally.