With a title like Bad Moon Rising, and one look at the flaming pumpkin-headed scarecrow on the album cover (courtesy of celebrated post-modern artist James Welling), it's a good guess that the 1985 album from experimental New York band Sonic Youth would be kinda creepy. Nevermind that the band's early, erratic, noise-heavy sound was unsettling in the first place.

The album's closing track, "Death Valley '69", was co-written by Lydia Lunch, formerly of the influential no wave band Teenage Jesus and the Jerks (In her 2015 memoir Girl in a Band, bassist Kim Gordon notes that Lunch was always trying to seduce her bandmate/husband Thurston Moore). The song looks back at the horrifying Tate–LaBianca murders perpetrated by the Manson Family, a group of drug-addled outcasts who lived in a deserted ranch in the San Fernando Valley. Over two days in August 1969, they committed seven gruesome murders that shook the nation to its core. In Girl in a Band, Gordon reflects:

When I was a girl growing up in Southern California, death, or the idea of it, kept pushing its way into my life, especially in 1969, when the 1960s hippie utopia merged with the Manson murders and bled into Altamont. So many people I ran into as a teenager had had brief encounters with the charistmatic, wild-eyed little man who talked about 'Revolution 9' and the desert and a future bliss of destruction. Peace and love had turned sordid, as the Stooges had written in their own sixties anthem: '1969, okay, all across the USA.' 'Make love not war' looked better on film than it did in real life, where cops killed college students and riots busted out in D.C., Chicago, and Baltimore. 'Death Valley '69' has sometimes been misinterpreted as a pro-Manson song, especially by younger fans. Nothing is farther from the truth.

The music video (posted above) captures Gordon's perspective perfectly. The clip features a gory Manson-esque scene interspersed with footage of actress/model Lung Leg (who appears on the cover of the band's following album Evol) and, of course, live performance footage. As Lung Leg walks through a peace protest, she sneers and spits, showing punk's disdain for the "flower power" movement. Later, cops arrive to beat and gas the protestors, again, echoing Gordon's memories of 1969. The clip was co-directed by award-winning artist Judith Barry and underground filmmaker Richard Kern, part of the NYC-based film movement called Cinema of Transgression. Lydia Lunch was also a member, as was Tom Turner who worked on this clip as a Production Assistant.

Speaking of Tom Turner... In 1985, he directed the avant-garde film Where Evil Dwells, collaborating with New York artist David Wojnarowicz (who we mentioned in our premiere of the latest Your Heart Breaks video). The movie was inspired by the real life 1984 case of a Long Island teenage Satanist named Ricky Kasso, who stabbed his friend in the woods during a drug-fueled evening. The track originally appeared on the band's 1985 "Flower" single, but was included as a bonus track when Geffen reissued Bad Moon Rising on CD. (Remember CD bonus tracks?!)

And another bonus track was the second "Flower" single B-Side, the, yes, eerie track "Halloween" where Gordon slowly, but rhytmically, intones about a "swinging man" and she doesn't know what to do. (The mid-'80s was a very spooky period of Sonic Youth's discography.) In her memoir Girl in a Band, Gordon remembers:

Someone told us about a house party in Hermosa Beach, where Black Flag was playing, so we drove down to South Bay, pulling up in front of a typical single-level house... The house was small, the music ferocious. Henry Rollins in the kitchen, in full force, dressed in those signature small black shorts that I believe were technically an old-style nylon bathing suit. Slick with sweat, he was writhing around, bumping into cabinets and people, at one point coming up to me and singing straight into my face... As the sound crashed and bounced off the refrigerator counter and shelves, and Henry Rollins twerked years before twerking existed, the performance fused hardcore punk with suburban, sunlit banality... The day sticks out so much in my mind... because seeing Henry Rollins inspired me to write the song 'Halloween.' 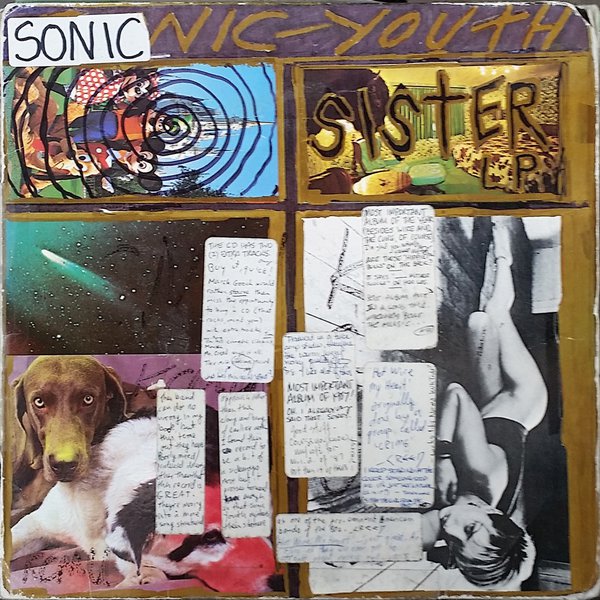 It's been great to see all the celebration of various independent radio stations around the country this week. Part of what makes this series so fun for me is digging through the scribblings of college radio DJs who were on the air around when I was discovering some of my favorite music through col… 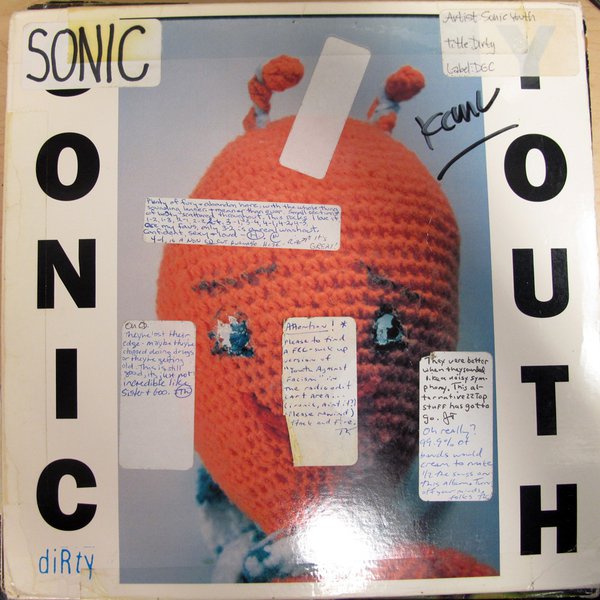 Yes, I've covered Sonic Youth a few times here on Review Revue. But come on, is there any band that better exemplifies the joyful noise of college radio and the rise of "alternative" culture? Of course I discovered them myself by listening to college radio, and I'm sure many more did as well - espe… 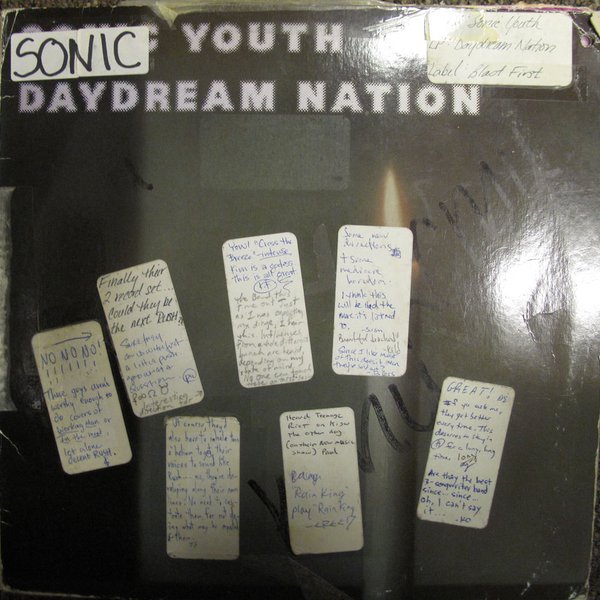