There are few groups who have had as momentous a past 12 months as ODESZA. The band, which formed in 2012 at Western Washington University, recently released a much-anticipated LP, played late night talk shows, enjoyed Grammy nominations, and is set to embark on a big new tour, which begins this weekend at the WaMu Theater here in Seattle with a three-day series of shows. We wanted to catch up with the duo behind the intricate electronic group, Harrison Mills and Clayton Knight, and talk about their latest album, A Moment Apart, their sanity while making it, their bond as friends, and how they came to collaborate with some of their favorite artists.

KEXP: The album begins with a story about a Russian Cosmonaut falling in love with a repetitive sound in order to save his sanity. Were there moments when you worried about your own sanity?

Harrison: Definitely. There was a lot of pressure stemming from the album. We knew a lot of people had preconceived notions about what the album would be. We had a lot to live up to and we had to take time to get away from all that. We went on writing trips to escape that frame of mind and we dove into trying to make the music we wanted to make.

The music you make involves a lot of construction. What do you enjoy about the literal building of your sound?

Clay: In our process of creating music, we do a lot of layering. It’s taking simple elements and combining them with a bunch of other stuff to build a collage and soundscape that work really well together. That’s a big part of our sound and how we like to construct and craft pieces of music. The process usually starts with something simple, like a piano loop. And we add as many layers as possible. Then we start trimming down what works and what doesn’t. It can be a tedious process, but it ends up building really interesting sounds from layering things that wouldn’t normally be on top of each other.

You’ve talked recently about taking time between records. Was there a sound, instrument or melody that unlocked things for you on this one?

Harrison: I don’t think it was a sound or melody but going back to what I was saying before about the writing trips we took. We went to Lake Chelan and rented a house by the water. It was during a time when no one was up there, winter. We had a breakthrough there and found the music we wanted to make. We made three songs for the record in four days. We wrote a lot of things and it didn’t necessarily all work together, but it felt cohesive. We wrote “Higher Ground,” “Thin Floors and Tall Ceilings,” and finished “Corners Of The Earth.” We took time to hibernate, to let things develop organically and naturally.

What was the breakthrough?

Clay: When we first started writing again, we’d just come back off the road. It had been a while since we tried to write music. We came home and were hitting our heads against the wall trying to get stuff to work. But it wasn’t working the way we wanted it to. That’s what happens when you’re out of practice for so long. But we ended up going out and unplugging in Chelan. It allowed us to make some creative breakthroughs and find the sound we were hoping to make. We knew what we wanted to go after, but it wasn’t coming out in the right way. You know, there are so many distractions out there. It’s good to step back and lose yourself. We were there, 10-hour days, sitting with the music.

Harrison: We’d been on tour for three years. We needed to take the time to remember what it was like to write again.

The album is called A Moment Apart and the lyrics often deal with distance. What about separation inspired you?

Harrison: That’s what it was. Separation from all the noise around you. To step back from all these distractions and allow yourself to grow in those moments.

Sometimes when you play live, it feels like you’re conducting chamber music or a majestic symphony. Do you listen to classical music for inspiration?

Clay: We’re huge fans of all different genres. I came from a classical music background. We’re huge fans of film scores, too. We snuck a bit of that onto the album. It’s a very intimate release. We want you to put on headphones and build your own world around it. There’s an orchestral influence, cinematic influence, the stuff we’ve always been drawn to.

How does a band from Western Washington reach out to the likes of Leon Bridges and Regina Spektor to collaborate?

Harrison: We were such fanboys of those two. We had to contain ourselves when we met them. It’s a funny story with Regina, we actually knew she was playing a show in town. So we sent some demos to her team. But we didn’t hear anything back. Later, we got this rogue email from her saying she really enjoyed the demos and that she’d love to work with us. We were really taken back by that. She said she wanted to sing over one of the songs -- to us, in front of us, instead of just showing us. That was really intimidating for us, especially as fans. So we go to her hotel, we’re on, like, the 42nd floor, pretty nervous. Her husband answered the door and her kids were there. But she just came out and opened up a laptop and played the demo, closed her eyes and sang it for us in her hotel room. Then she opened her eyes and asked, “Have any changes?” And we said, “Absolutely not.”

Clay: It takes a lot. Throughout the writing process, it always ebbs and flows. You get breakthroughs, you sit with it. And you end up listening to the same songs so many times. You get really close to the music in those first couple months. So, it’s good to step away from it and revisit it in a new light. That’s a really important part of the process. You can get too close to it and think you don’t know what’s working and what isn’t.

Harrison: You second-guess things that came naturally to you. You can love a piano line but then not feel as confident in what you’ve made. You can lose excitement and that can halt creativity.

Clay: And you can overthink stuff and that can be really frustrating. You have to be patient with yourself and give it time. But yeah, it can be taxing. You can work on something for so long and then just not be happy with it.

Harrison: And you can post a picture on social media and every comment on it asks, “Where the hell is your album?!?”

What have you learned about yourselves as friends in the last year?

Harrison: I think we learned -- not that we didn’t know it before -- but we became closer as family. When you’re with someone and you see them in thick and thin, at their worst and at their best -- you know, we’ve been together almost every day for the last seven years. And it was all kind of happenstance. We didn’t plan this. We wrote our first album and went on tour and didn’t stop going on tour. We had to keep writing, it was a bit of a snowball effect. But we learned that we’re family in this.

Clay: We have a really tight crew around us, as well. We see each other day after day.

Harrison: I remember working in Clay’s basement on our first record. Then taking a year living with our parents and having them come in the room and say, “Turn that shit off. It’s too loud!” All those times people told us we should get real jobs and us just believing in the music. We never thought it would come to this but we knew we had to believe in ourselves and we would always hate it if we didn’t go for it. And all this stems from us hanging with our best friends in a basement.

What do you still want to prove?

Harrison: I think we’d love to do a film score and see if our music would work with a film in that way. We’d like to try and work with as many artists as we can and especially those who people wouldn’t expect us to. It’s fun for us to work with someone from a different genre -- if we love their music then we think something fruitful will come. It won’t always work, of course. But we love to work with different artists -- maybe some foreign artists, people around the world. Trying something new is always fun and I hope we could venture out and try new things.

A Moment Apart is out now via Counter Records / Ninja Tune / Foreign Family Collective. ODESZA play this Thursday, Friday, and Saturday at WaMu Theatre in Seattle. (Note: both Friday and Saturday are sold out.) 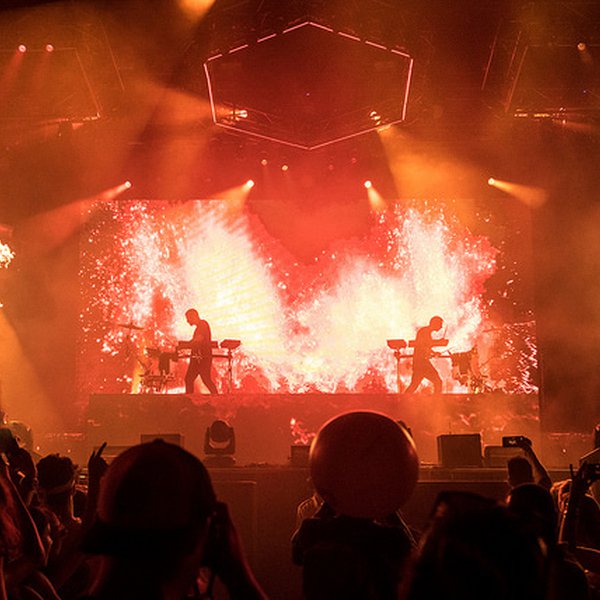 ODESZA's set at Bumbershoot this weekend was a homecoming blowout of epic proportions. No, literally, the energy of the Seattle electronic duo's high-production value show -- which included smoke machines, flamethrowers, a few exciting guests, and much, much more -- temporarily blew out the power a… 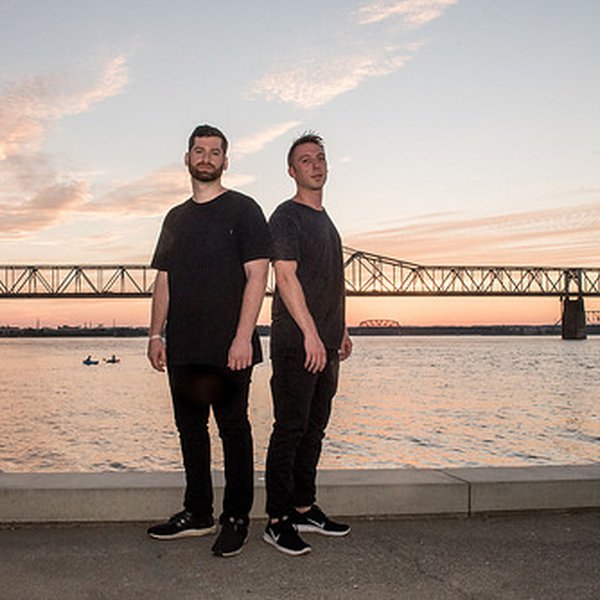 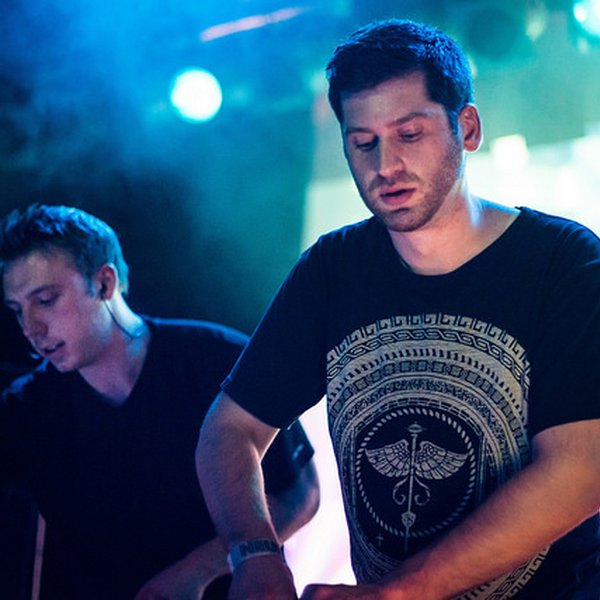