Eric Carnell, a.k.a. the head honcho behind Independence Printage, has been a fan of The Clash for most of his life. His love for the band runs so deep, in fact, that he’s done KEXP the favor of curating and illustrating our artwork for International Clash Day for years, drawing on an eclectic group of artists from around the world as well as contributing his own inspired designs. As someone whose duty it is to tap into the very essence of what The Clash represents, we decided to have an e-mail chat with Carnell about what exactly the band means to him, and what his artistic process looks like as he gets everything prepared for the big day.

How did you get involved with International Clash day?

It’s sort of convoluted, actually. Short story, I work next door to the new KEXP at The VERA Project, which is the longest running all-ages community-run art/music space in the Northwest, and history pulled me in. I don’t know how to talk about VERA without talking longwindedly about how awesome it is — it’s an experiential learning space that empowers all ages (hopefully youth!!) about how to use their voice to change the world. Needless to say, VERA/KEXP cross projects are freaking cool, as we have missions that pair extremely well.

How did you go about picking the artists this year?

I work with my amazing group at Fogland Studios to identify people we’d like to approach for projects. There is a core group from the American Poster Institute, screen printers from The VERA Project, and Cornish University in Seattle. I also send a call to artists I’ve connected with through Daniel Smith’s Seattle/Havana/Tehran Poster Show. Part of my goal is to get professionals working side by side with people who are just starting to learn printing, but are enthusiastic about the medium, the project, and the cause.  I think it’s important to get that mix and empower learners by showing them they belong in a group with the big fish. Have you always done music-based artwork? What are some other projects you’re proud of?

I used to be in a moderately large mid-level band and was doing screen-printed posters when not many others were. I’ve done tons of projects, street art, stenciling, murals — not all music related, but many are because so many of my friends are in the music community. I do print demos at Flatstock and other poster exhibits. Did some work to support some local not-for-profits around supporting Womxns March 2017, a pretty large street campaign in conjunction with Amplifier Foundation. That was big and pretty fun, and one of the artists was from out of town and gave us big hugs when they met us, because of the sheer number of their prints they saw on the street between the airport and where they were staying.

How do you go about conceptualizing one of your pieces? Describe your process a little bit.

It depends on the band. I do some research, read interviews, immerse myself in the music, and see what vibe I get and if something jumps out at me. I get a couple concepts, and I Google the theme. I want to see if I’m working with something extremely generic, or if I’m subconsciously stealing from a piece I saw before (it happens). I do thumbnail sketches, then draw out something to be inked. Then usually I take it to the computer for color, but sometimes I do hand-coloring, depending on the “feel”. Then I break it down to colors and show a couple other people to see what sort of reaction I get, which may affect if I make tweaks to the piece.

Who are some of your favorite visual artists?

There are so many, I am going to forget dozens. And for the record, I am not mentioning anyone involved in this project. In the rock poster world, Gary Houston, Sasha Barr, Jeral and Sara Tidwell, Justin Anville, Sonnenzimmer, Jay Ryan, Neal Williams, Tara McPherson, Daniel Danger… I could actually go on forever. Right now I have been pretty obsessed with the work of an artist I got to work with last year —Jessica Sabogal, who did the "Women Are Perfect" design for Womxns March. The designs are so clean. There are hundreds more. When did you first get into the Clash? What has the band meant to you over the years?

I actually saw The Clash in the Kingdom as a very young child. They opened for The Who, and I still have a couple of stickers. Probably a t-shirt somewhere too. I was just getting into punk; it was a little bit of a slow burn, because I was a bit young to understand the depth of their politics, but that definitely helped to shape me as I grew up. I have lived by some of their cornerstones: anti-hate, anti-racism, pro-inclusive, pro-gender, social, and economic equality. I believe we should all work to support those with less access. I think that the band helped shaping that in me.

Why do you think the band’s music has resonated so strongly with people?

For me, it’s two things. First, the tension in the band about direction, interpersonal interactions, and musical styles adds to the music’s feel and rawness. Second — it’s really difficult to write political songs that don’t come off as pretentious or preachy. People do it, some better than others, but it isn’t easy. The ones who do it best have universal appeal because it stays relevant. The Clash’s music is timeless, and the message is still relevant. Strides have been made, but all we need to do is look at the news today and see that in some areas we have made progress, and in others, we have regressed. The political climate right now feels similar to where the band was when they started. The issues have come full circle and are front and center again. The message of empowerment for a better future is real, and will always be.

Lastly, what are your power rankings for Clash records, from best to worst?

I know, everyone says London Calling. Just the rawness of the first record, I cannot get over. London Calling is a great record, but it’s more polished to me, and just got nudged out.  For the record, there are some squirrelly moments on Sandinista, for sure. But I don’t think any of these records are without serious merit. I won’t rank Cut The Crap or the comps, even though there are some great moments on the b-sides. Comps…I just don’t count them.

KEXP is celebrating International Clash Day on Wednesday, February 7th, both online and on the air; click here to see more KEXP interviews and articles. 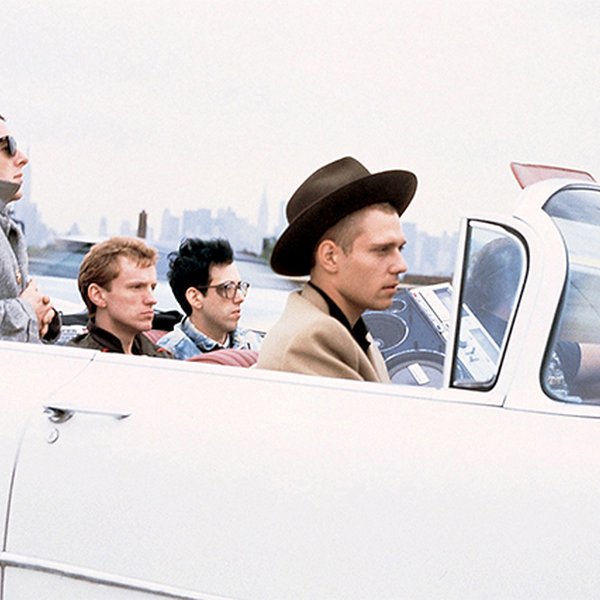 You're going to hear plenty of songs all day as we celebrate International Clash Day today from 6AM to 6PM, featuring the The Clash's officially released songs plus rarities, side projects, and an exclusive interview with Julien Temple, but that's just part of the picture. The band's fame was ear... 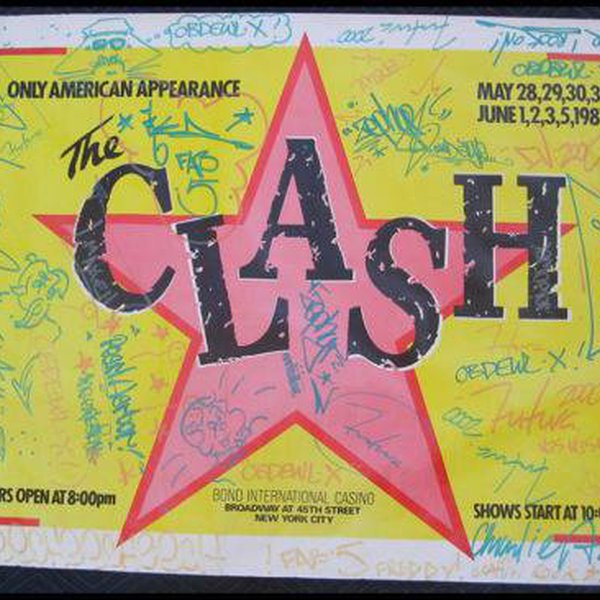 One song from The Clash is hardly ever enough. That's what DJ John Richards admitted to himself last year on this day when one Clash song became two, and then became the rest of The Morning Show on KEXP, and thus International Clash Day was born. And there's no better band to honor worldwide than...