We're back for our second day at the Trans Musicales festival in Rennes, France! Our crew works on filming during the daytime hours, which is when bands will have spare time before their official festival showcases, so it's an interesting feeling to get done with a long day of live music and then realize that the actual festival is just starting as we wrap up. Trans provides many different opportunities to the artists on the lineup beyond the large shows at the official festival grounds, including workshops, meetings with media entities, and more intimate performances at clubs within the city itself. In previous years, we have gone to the large shows, so this year we decided to check out one of the smaller venues, which is booked by the festival curator Jean-Louis Brossard as well, called L'Ubu. We were lucky enough to catch some of Sink Ya Teeth, which was a groovy high-energy set, played to a packed house. It was cool to see them in that setting first since we had them do a session for us today! More on them below.

Day two of filming at the Musée de la Danse kicked off in the best possible way with Madrid-based Colombian/Venezuelan 6-piece Cumbia band Candeleros. Consisting of two guitars, bass, synth, and various types of percussion including timbales and maracas, their songs contained interludes of psych-rock guitar lines and building synth which would abruptly transition into classic Cumbia.

Their latest EP ¿Sabe qué pasa? was released this past September which you can find along with the rest of their discography here. Check back early 2019 when we post their KEXP live session but in the meantime check out a sneak peek of it here.

Norwich UK based duo Sink Ya Teeth's debut self-titled record released in June has definitely been a KEXP favorite, even ending up on some top 10 lists so we were very excited to have them in for a session. Maria (lead vocals) and Gemma (bass) met through a mutual friend 3 years ago when Maria wanted to take her then solo dance project to a live show, which was easier to perform with two people. Inspired by the '80s NY/UK scenes, Sink Ya Teeth have taken that sound and made it fresh and original. They've gone from recording and releasing the record themselves from their living rooms and taken it to the world to make us dance.

We can't wait to see what's next for this duo. Here's a clip of their KEXP session with us, full video coming soon!

Midday I took a little break to walk around the neighborhood and check out the medieval architecture. Art History major nerd alert!

This cathedral is just a block away from our venue so I had to stop inside and check it out. It was originally built in the 6th century! Wow!

Ok, back to the music. We had already had such a great day so far, I didn't think we could top it, but then in walked London-based trio MADMADMAD. I watched as more and more gear was set up, then out came the little TV with their logo flashing on it, and a message ticker scrolling quotes from Hitchhiker's Guide to the Galaxy, and a SpongeBob SquarePants tambourine.

I really wasn't sure what to expect but then they soundchecked and my mind was already blown. If you are a fan of Holy Fuck, Battles, Talking Heads, !!! (the list goes on) then you will dig these guys. Kevin (bass/synth), Matt (drums), and Benjamin (guitar/electronics) have only been playing together for 1 year, releasing the PAX EP on Bandcamp, where you can also preorder their forthcoming full length set to release early next year. The most surprising thing was that their KEXP live performance was only their eighth live show! These guys are ones to watch. We're excited to release their session early next year! 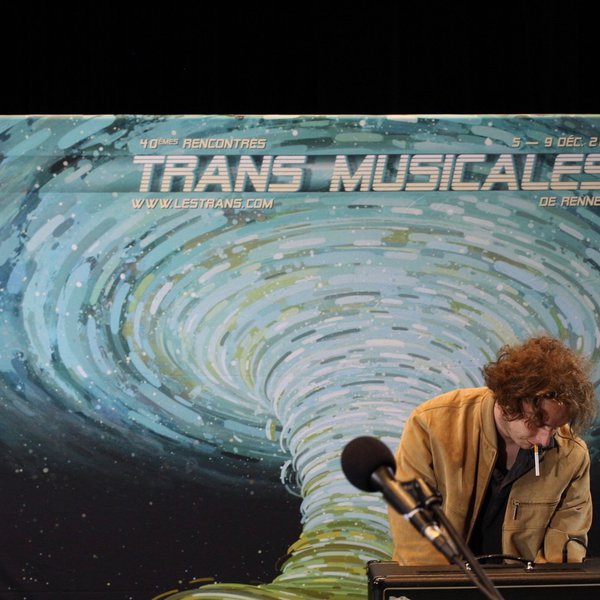 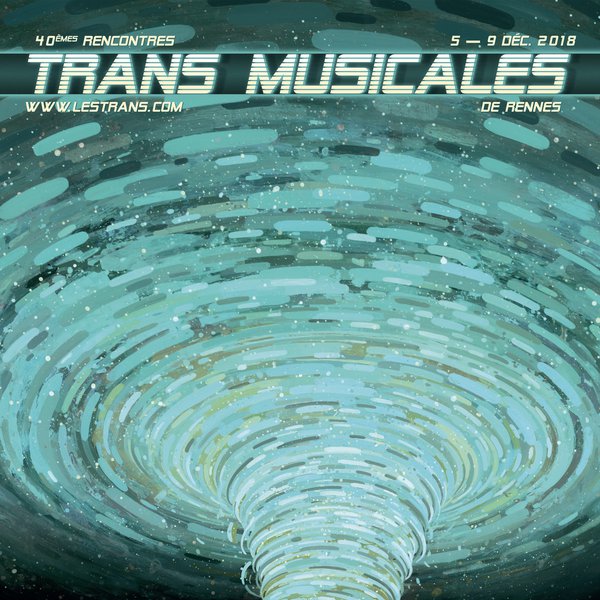 KEXP is excited to be heading back to Rennes, France, for our third year at the Trans Musicales de Rennes, December 5th through 9th.