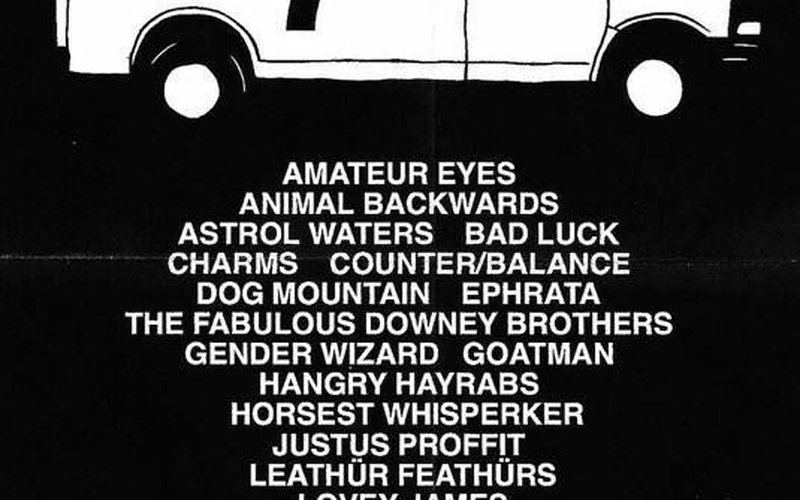 Yesterday VanFest announced the lineup for their 7th iteration this summer, August 19th. If you've never heard of the scrappy DIY fest with the heart of gold then you'd be forgiven since the fest takes place deep in the woods of Maple Valley but you should start paying attention because this tiny festival has become the premier place for local underground bands to play in the hopes of joining artists like Car Seat Headrest, Chastity Belt, Dude York, and Great Grandpa by becoming the Next Big Thing.

VanFest was founded in 2011 by then-16-year-old Van Wolfe with the goal of bringing the community-oriented focus and intimacy of underground music to a beautiful park setting where such things are not normally present. VanFest also exists to bring arts and culture to Maple Valley, and help put this wonderful city into the awareness of people in the Seattle area. In the past they've benefitted organizations such as To Write Love on Her Arms and the Alliance of Eating Disorders Awareness, but over the last couple years the focus has been on a hyper-local level and giving all profits, as well as on-site donations, to the Maple Valley Food Bank, located just a few blocks down the street. VanFest is complete with 3 stages, vegan food options, and a pay-what-you-can model.This year's lineup is incredibly eclectic ranging from experimental thrash rap outfit Nauticult and weirdo theatrical rock stars The Fabulous Downey Brothers to underground pop star Michete. Here are a few artists Van Wolfe is excited to see this year and thinks you should be too.

The band VanFest founder Van Wolfe cited as,"Indisputably #1, I'm usually bad at naming favorites but they are wild and the best," Bad Luck are a unique mixture drums and saxophone. Only. No guitars. No keys. No bass. Okay, there are some live pedals in the mix as well but essentially the band is solely drums and saxophones. Wolfe goes on to say, "They have the best drummer I've ever seen in my life, and the way those drums pair with the crazy experimental saxophone work is captivating and mind-blowing." Formed in 2008, Neil Welch and Chris Icasiano spent the past decade pushing the boundaries of modern jazz to create something completely unique and all their own.

Killroom records signees CHARMS are on track to be Seattle's Next Big Thing. With a highly-anticipated record Human Error releasing June 16, a set at Big Bldg Bash this weekend, and a massive album release show at Chop Suey on June 15, this is likely not going to be the last time you'll hear their name. "CHARMS has been blowing up in Seattle lately, and for good reason. Their dark, heavy post-punk, aided by their intense DIY light show that comes with them, is a must-see for sure. The music is catchy, powerful, and about as loud as it gets," says Wolfe.

It's difficult to believe that Nauticult have only been together for a year. The experimental psychedelic thrash rap group's performance is tight and they regularly bring the most people of any band on the bill of the shows they play. Made up of vocalist Austin Sankey, guitarist Dylan Berry, and drummer Evan Fitzgerald, the three put on raucous and engaging shows that leave you breathless and possibly bloodied. Sankey is renowned for his ability to cram an absurd amount of words into each song, his most being 641 in "Babylonian Floods." Wolfe says of the band, "Nauticult is the Seattle band rising fastest out of the underground. It's hip hop, but with live drums and guitar, and the kind of energy that might light the crowd on fire"

One of the few non-local bands on the VanFest bill, Justus Proffit is an LA-based bedroom rock project of one man who regularly seeks out others for his live shows, Wolfe being one of them. "I toured drumming for Justus Proffit, an LA-based lo-fi singer/songwriter back in the fall, and his music is just very solid. Influenced by equal amounts of Elliot Smith and shoegaze." The Elliott Smith comparison is apt, as are comparisons to Alex G and Coma Cinema. So basically it's the perfect soundtrack for your next breakup.

Another band who recommend their fans be prepared with tissues (which they claim they'll provide) and openly admit to being "sad boiz" are Seattle's Counter/Balance. "Counter/Balance" is post-hardcore that comes from the heart, driven by emotive guitars and spoken-word style vocals. Very few bands can put feeling into music with the intensity that these guys do," says Wolfe

Weep Wave should win the award of "biggest hustle" in the scene. In the past year and a half since they've been in Seattle, they've played nearly every venue in the city plus multiple mini-tours around the Northwest, have massively grown their social media following, and have stuck with their DIY aesthetic of making all their own merch, logos, flyers, and videos. While they might be consummate professionals with their hustle, their live shows are raw, energetic, fun, and a little goofy. Their new EP Entropy will be out July 14 on Youth Riot Records. Says Wolfe, "After this band played in my basement, I knew I had to have them on the fest. The distorted vocals, punchy keyboards, and just general manic energy of their dissonant set blew me away, and I know they'll do the same to the VanFest crowd."

Don't call her an MC - Michete wants and is more than that. "Aspiring underground pop star" feels more fitting for someone with this much charisma and star quality seeping out of her pores. Her incredible wit will have you snorting your drink out of your nose while thinking "Did she really just say that?!" In Wolfe's opinion, "Michete is the hardest and baddest femme in the game right now. Her unapologetically vulgar and rough brand of hip hop is refreshing in Seattle, and Michetes personality really brings empowerment and fun to her live sets."

The Fabulous Downey Brothers are difficult to pin down. Their extreme, ridiculous, and yes fabulous costuming has some people questioning the seriousness of the band. Indeed, band leader Sean Downey himself told us, "We are not a band. It's just a simulation." So who knows? But also who cares! What a relief for a band to just have fun with their music without worrying what the latest fad or fashion is. As far as their actual sound goes, the aptest comparisons are the B-52s, Devo, and Oingo Boingo (which you know you secretly love). According to Wolfe, "The Fabulous Downey Brothers are the most insanely theatrical weird and wild band in the Northwest right now. Their lineup is huge, the costumes are bright, and their jagged post-new-wave pop will stay stuck in your head for quite a while."

The Kelso, WA band is playing VanFest for the fourth consecutive year and according to Wolfe it's for good reason. He says of the band, "SEACATS is now known for doing grand high-concept performances at the festival, with a light amount of music on the side. Needless to say, they're invited back every year, and their performance is not to be missed." The band has reciprocal feelings for VanFest, "It is one of the warmest most comfortable fests out there. Always something we look forward to every year." 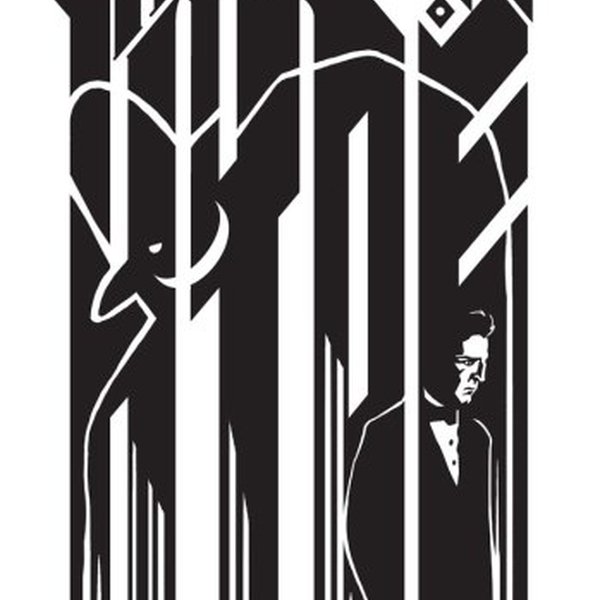 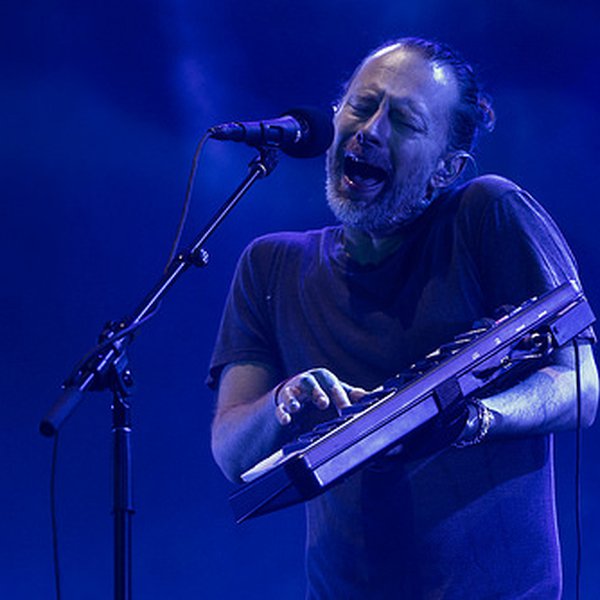 Can you believe it's been 20 years since OK Computer was released?! In honor of that special anniversary, Radiohead are releasing a special deluxe reissue called OKNOTOK. The album will feature three previously unreleased songs, along with the record's original 12 tracks and eight B-sides. One of t… 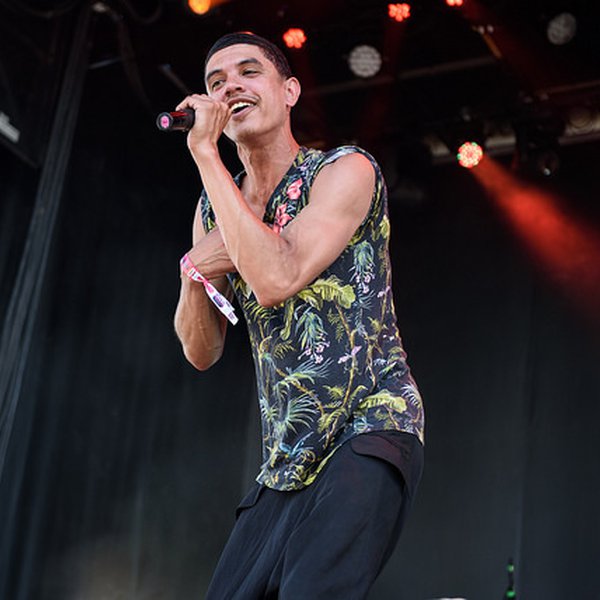 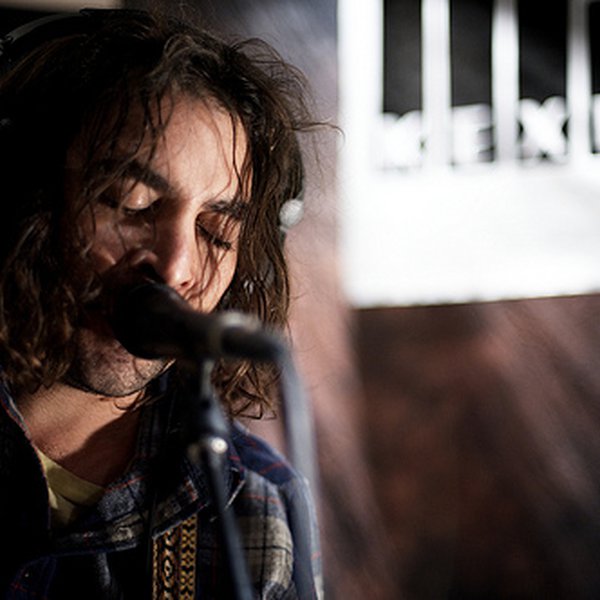 The War on Drugs released a new song today and also announced their follow-up record to 2014's critically-acclaimed Lost in the Dream. The song is called "Holding On" and feels like it could have easily fit on that last LP, with Adam Granduciel sounding Springsteen-esque without sounding derivative… 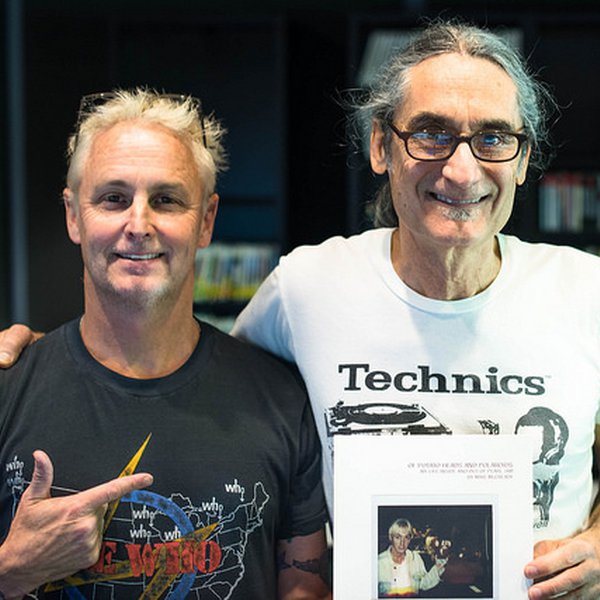 KEXP Songbook: Of Potato Heads and Polaroids with Mike McCready 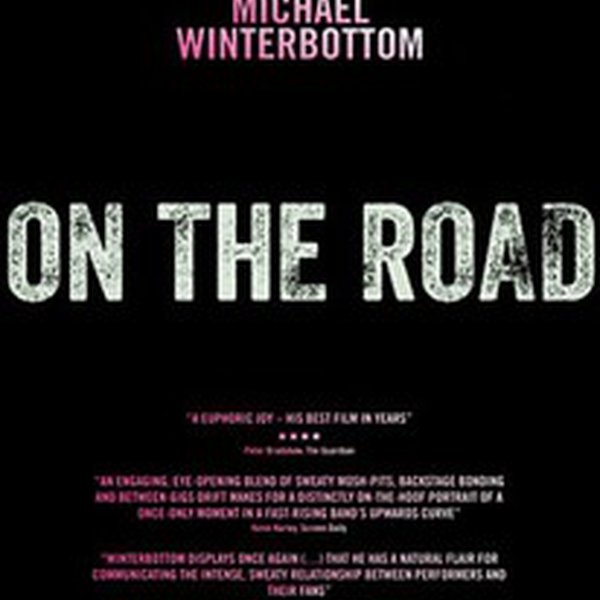