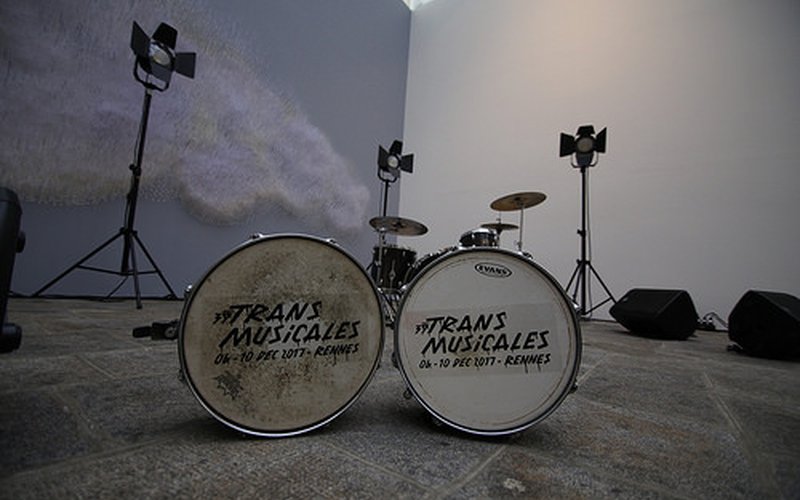 We made it out to the Trans Musicales festival grounds last night after we wrapped up filming for the day. The festival grounds are located at the Park Expo, which is a complex of large buildings, a couple of which are the main festival areas, like the food court, for a lack of a better term and I say that because I’ve never seen a food court with a wine and oyster stand before! The rest of the buildings are where the concerts are held. They have a cool system where only one or two bands are playing at a time in certain buildings while they set up the next shows in other buildings. That way all of the festival goers attend the same shows and it creates a packed house for the bands that are playing. The philosophy of Trans is that they book new, young bands that don’t have a large following yet and gives them the experience of having a large, professional concert in front of hundreds of people. The festival director, Jean-Louis Broussard spends the year attending shows throughout Europe to find bands he wants to have on the lineup, and has an amazing knack for booking bands that end up becoming quite large like Nirvana, Bon Iver, Björk, Portishead, and more. Trans Musicales is seen as an amazing opportunity and jumping off point for many bands.

The third band we filmed yesterday, Swedish Death Candy, happened to be playing as we entered the festival. They were awesome.

KEXP’s Director of Programming and Operations, Chris Kellogg and I had the honor of being invited by French public radio Ferarock to do a live on air interview, where we talked to them about the history and philosophy of KEXP, about our partnership with the Trans Musicales Festival and which bands we were excited to be seeing. Huge thanks to Ferarock for hosting us!

And before heading back to get some sleep, we caught some of Altin Gun’s set as well. They were so good during their session with us yesterday morning, but holy cow was it a different experience seeing their full on set. If you ever get a chance, do not miss seeing them.

This morning we arrived at our second filming location, the Musee des Beaux-Arts de Rennes (Museum of Fine Arts). They were kind enough to host us in their main gallery space where we have a beautiful backdrop of a blue wall with a cloud made of little white and yellow strips, each one perfumed with a different scent. The wall plaque explains that from left to right, the scents go from more unpleasant smells like smoke, smog, and plastic and goes into more pleasant smells like morning dew, grass and fresh water.

The first band of the day was Tample from Bordeaux, France. The quartet have been friends for years, and in fact the frontman and drummer are related by marriage, so writing music together for the last two years has come quite naturally to them. They played a fun set of upbeat indie pop with lots of percussion, danceable bass lines, synths, guitar and catchy vocal hooks. They were recently signed to French label Yotanka,the same label as Octave Noir who we filmed at Trans last year. Their debut album Summer Light comes out January 26th which will carry them on a national tour. Once you hear them, you’ll definitely have these songs stuck in your head!

Next up was Gloria, a six-piece from Lyon, France. Gloria is the project of Kid Victrola, who has been obsessed with 60s girl groups since he was a child and always wanted to put together a band like this. He composed every song long before Gloria became a reality and a year and a half ago recruited his family and friends to record and perform with him. Gloria consists of three female vocalists, Baby B (sister of Kid Victrola) Wendy (his soon-to-be wife), and singer/keyboardist Amy. On bass is Thomas and on drums is Josselin who are related to each other by marriage (brothers-in-law). Together they create lush, atmospheric, and wonderfully familiar 60s psychedelic girl-group inspired songs and fill out the vibe perfectly with period-appropriate outfits to boot. Their full length debut In Excelsis Stereo came out November 2016 and they have a new 6 song EP due out in March of 2018 called Oidophon Echorama, 2 songs from which they played during their session so you will be able to hear them ahead of the release once we launch the video. I cannot recommend their music enough!

The final band of the evening, The Midnight Revolution, are a fairly new from St-Malo, which is pretty close to where we are in Rennes, France. The song composer, lyricist, and guitarist, Cyril, moved to St-Malo from Paris just over a year ago and put out an ad online for musician interested in starting a project. He collected quite the talented crew in Gaetan (guitar), Matt (drums), Guillaume (bass), and Lys (vocals, keys). Over the last year they have been practicing their set extensively and have recorded demo versions of their songs that they put online. From those demos, they were invited to play Trans Musicales and had their first show last month during the Trans pre-fest. Their session tonight with KEXP was their 5th or 6th show, which blew my mind when they told me that. They are all amazingly tight and obviously have a rich background in musicianship. Lys’s story especially interested me because her vocal range and control were so amazing that at several points during the performance, I literally kept saying “WOW” to myself. She has been studying singing since she was 17 years old at the American School of Modern Music in Paris focusing on Jazz and Blues vocals. Using that background to sing over dark, slow burning dream pop was super unique and original. With Cyril’s songwriting and lyrics matched with Lys’s voice was a great pairing. They currently have an album’s worth of material written and are now turning their attention in the new year to deciding how they want to record their debut record. I’m really looking forward to hearing the finished product.

Tomorrow is our final day of filming, with two more great bands that I’m excited to hear. Talk to you then! 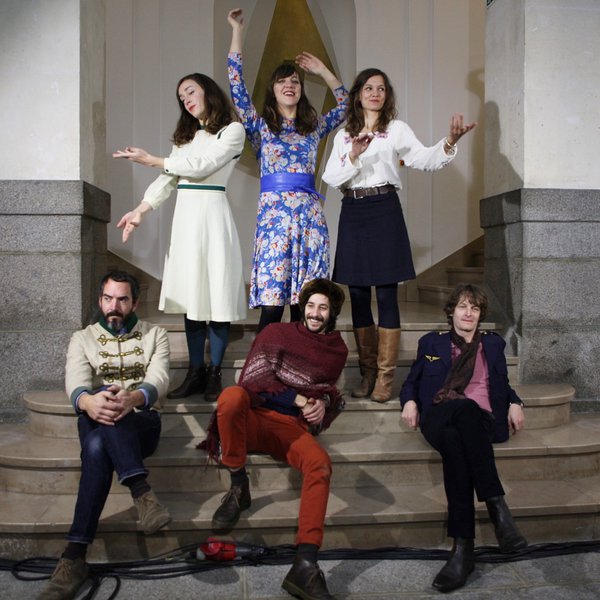 Today, we kick off sharing our discoveries from the Trans Musicales festival in Rennes, France, where last December we captured twelve exclusive sessions. This week’s feature is of psychedelic girl-group inspired band Gloria. 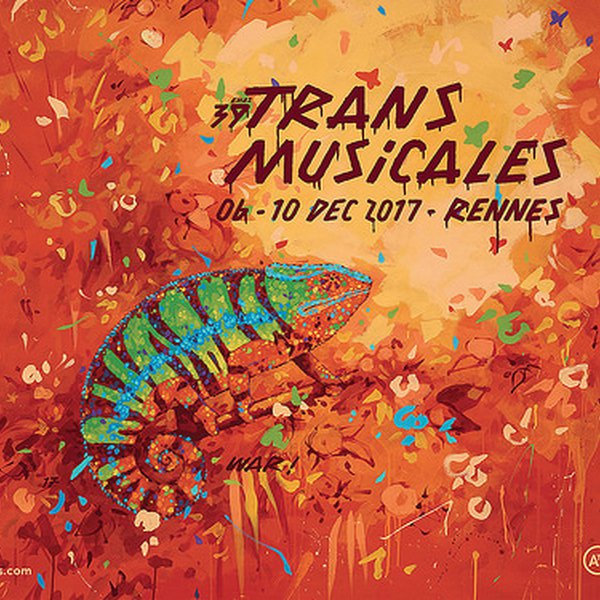 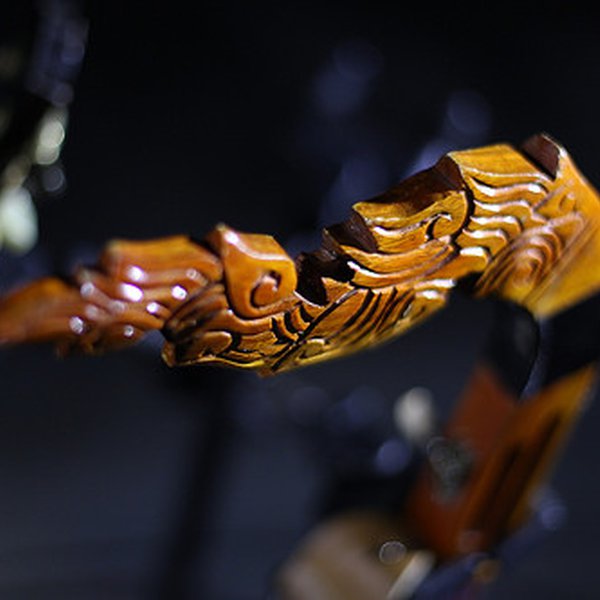 We’re back for our second and final day at the Halle de la Courouze for another day of filming bands during the 39th annual Trans Musicales Festival in Rennes, France. It’s another cold day here, but it turned out to be bright at sunny this morning, so we decided to take advantage of the light and …