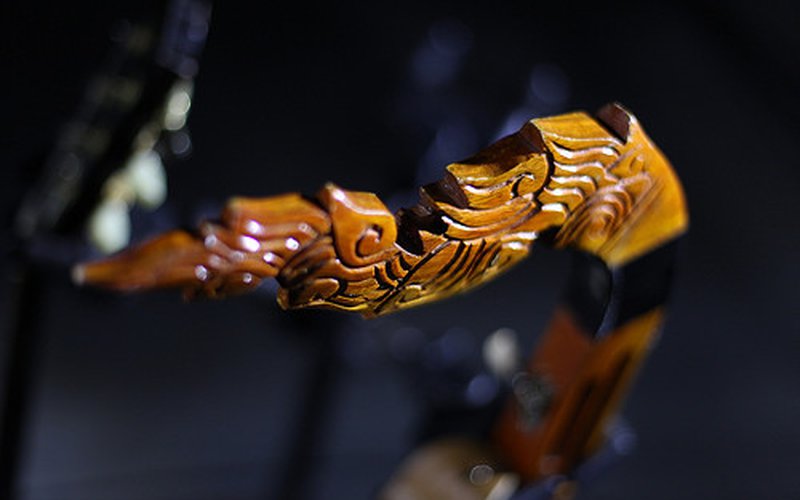 We’re back for our second and final day at the Halle de la Courouze for another day of filming bands during the 39th annual Trans Musicales Festival in Rennes, France. It’s another cold day here, but it turned out to be bright at sunny this morning, so we decided to take advantage of the light and open up the doors for the first performance with Altın Gün.

Based out of Amsterdam, Altın Gün was the brainchild of bassist Jasper Verhulst who after touring as a member of Jacco Gardner’s band (check out their KEXP session from 2015 here) in Istanbul, became enamoured with Turkish music from the 60s and 70s. He dug through the crates and collected records from the classic Turkish psych and folk artists and decided to form a band that plays the traditional Turkish standard songs. He recruited other members from Jacco Gardner’s band (Ben Rider and Nic Mauskovic) and filled out the rest of the lineup by putting a call out on Facebook for Turkish musicians, where he successfully found Merve Dasdemir and Erdinc Yildiz Ecevit. The results are lovely and compelling, fusing more modern psych-rock elements with the Turkish singing style of Merve and Erdinc, who also plays the traditional Turkish stringed instrument called the saz (also called a bağlama) which is unique in that the frets are movable so it can make less common and very melodic scales.

They played a set of traditional standard songs from well-known Turkish folk singer and saz virtuoso Neşet Ertaş for their session here at Trans Musicales which they absolutely slayed. We cannot wait to get this session into your ears, you will not be able to sit still while listening to these bangers.

Next up we had Swiss band One Sentence Supervisor, who were the perfect transition from Altın Gün as we eased into some more groovy psych with elements of kraut/indie/pop and added some more sunshine with the addition of a giant beach umbrella to their stage plot.

The quartet met while they were young in Switzerland and all learned how to play their respective instruments together as a band. Once confident in their abilities, they began playing shows and recorded their first record in 2011. Since then they have toured in China, and around Europe, including music festivals like The Great Escape festival in Brighton, UK where the Trans Musicales director Jean-Louis Brossard saw their set and invited them to play this year’s fest. For their KEXP session today, they played a new song they released online just 5 days ago called “Onomatopoeia” featuring Bahur Ghazi, who played a traditional Middle Eastern/North African type of lute called an oud, which is in the same family of instruments as the saz used by Altın Gün. It brought a new layer to One Sentence Supervisor’s sound that was already on the tip of their tongue; the oud fit really well with their motorik, hypnotizing guitar and bass lines. They released a full length album in October 2016 called Temporär Musik that I highly recommend you check out as well while you wait for this session to get posted.

Psych-rock band Swedish Death Candy was one of the first bands we heard when going through the 2017 Trans Musicales lineup and we knew right away we would love to get them in for a session. Founded in 2014 by lead singer/guitarist Louis D R Perry, who had formerly been in a punk band with bass player Jiwoon Whang when they were 18, decided he’d prefer to play something on the heavier and slower side, recruited Whang for bass, then met second guitarist Marco Ninni, and drummer Francesco Codardo at parties where they all went to college in London.

The quartet as they exist now have been playing together for about two years and just released their debut self-titled full length on November 17th. They played a loud, mesmerizing set complete with dueling melodic guitar riffs ala Black Sabbath and Oh Sees but unique in their own right.

I had to ask where they came up with the name Swedish Death Candy. Perry said, “Have you ever had that black Swedish licorice? Loud psych music is like black licorice; you either like it or you don’t. And that’s what we play, but we have that sweetness that comes through in the end.” Their first EP that came out a year ago today is called Licorice and the last track on the new full length is called “Licorice (Parts II & III)”, doing well to keep with that theme. Definitely check out the new record, and keep an eye out for future tour dates as they have their eye set on coming to the US.

Our last performance of the night came from London-based international psych band Flamingods. What began as the solo project of Kamal Rasool originally from Bahrain, his love for exploring instrumentation and all around groovy sounds from around the world led him to recruit his friends from high school Charles Prest and Sam Rowe, with the later edition of drummer Karthik Poduval rounding out the main lineup. The band digs deep into instruments from around the globe as well as guitar, bass, drums, percussion, and some amazingly rockin’ flute to create a classic psychedelic rock atmosphere with sounds just unusual enough to hook you in and make you lose track of time. When Kamal told me the last song they played in their KEXP session today was nearly 15 minutes long, for example, I couldn’t believe that was true. It was truly mesmerizing.

There were two instruments that Kamal played that I was very interested to find out the story of. One was a guitar-esque instrument (which I must point out again seemed to be an unintentional theme today of non-western stringed instruments) which he told me is the equivalent of a guitar from Thailand called a Phin. It had a gorgeous flame-shaped head that honestly stole my attention through most of the set. I asked where he got it and Kamal said that sadly he didn’t get it directly from Thailand, but had wanted one and checked to see if there was a Thai eBay, which of course there was, and he found a seller that made these by hand. Because of the unusual shape, there are not Phin-specific cases in order to ship them so the seller wrapped it immaculately in wrapping plastic so thick he said took over 2 hours to unwrap. It was worth it though since it is clearly in pristine condition! The other instrument I was interested to learn about  is a Japanese keyboard that has the typewriter keys instead of traditional piano-style keys called a Taishōgoto. It has keys that press down on strings that make a sound similar to a zither, which Kamal uses through tons of distortion and effects.

Flamingods have been touring fairly regularly for the last two years, recently playing notable places like Iceland Airwaves. They are currently working on a new album that Kamal says will hopefully be out at the end of 2018, one song from which they played during our session today for the first time ever! I was so excited to hear that we’ll be premiering their new song when the session comes out. They also just released a re-recorded edition of a song from their second record called "Hyperborea (Parts I & 2)" five days ago that over the years has grown and changed from its original 6 minute long version to a new 13 minute long behemoth that deserved an official re-do via 10” vinyl on Speedy Wunderground Records. They played it for us today in all its glory. I hope you enjoy the session as much as we did when it goes up. In the meatiness, check out their latest EP called Kewali that came out this past May.

Check out the KEXP hat on the Flamingod second from the right! Looking sharp.

We wrapped up filming at the Halle de la Courouze today and move to our second venue tomorrow for another full day of live performances. Check back with you then. Good night from France! 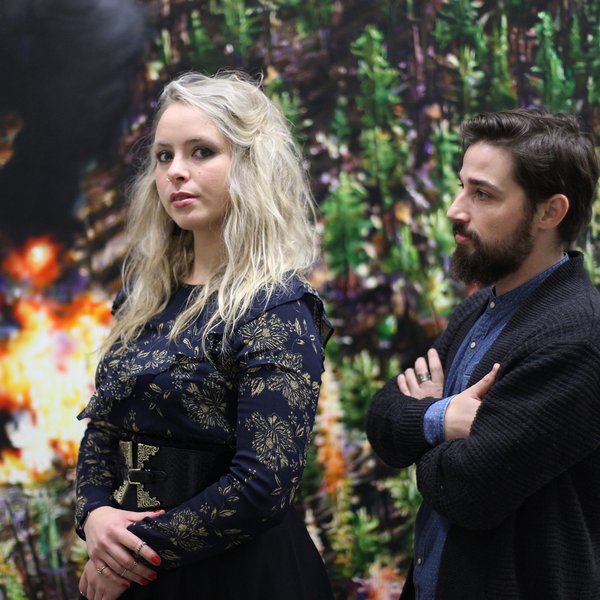 Today, we continue sharing our discoveries from the Trans Musicales festival in Rennes, France, where last December we captured twelve exclusive sessions. We’re sharing with you one unique session per week, and you can watch all the previously released ones here. This week’s feature is of The Midni… 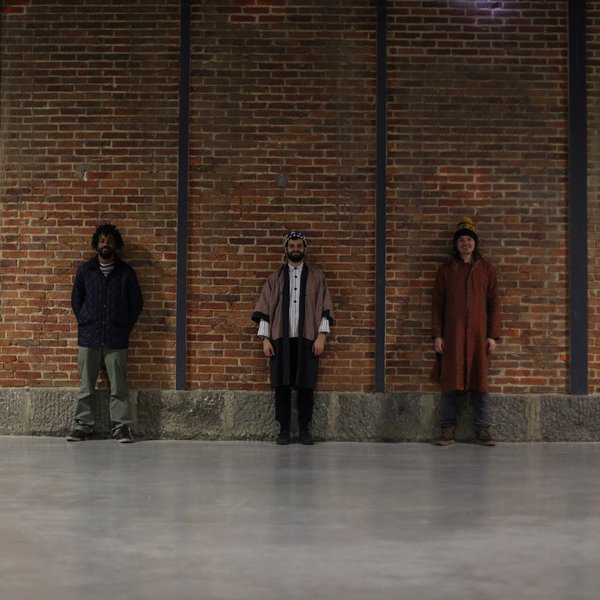 Today, we continue sharing our discoveries from the Trans Musicales festival in Rennes, France, where last December we captured twelve exclusive sessions. We’re sharing with you one unique session per week, and you can watch all the previously released ones here. This week’s feature is of Flamingod… 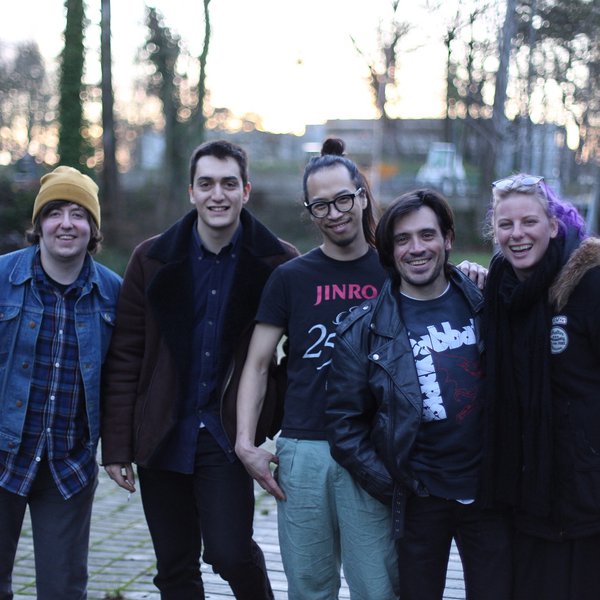 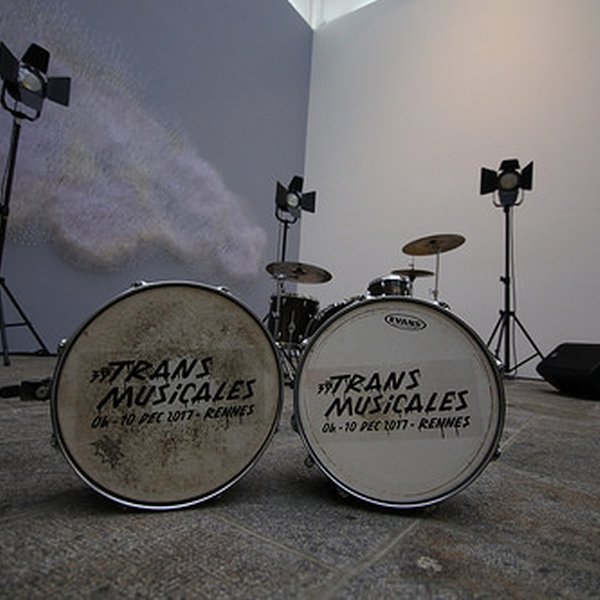 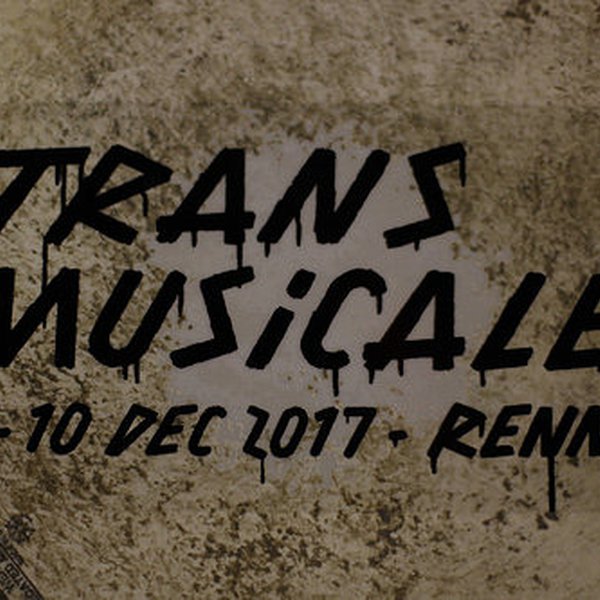 The KEXP road crew and I left Seattle last Sunday to head back to France for our second year filming bands at the 39th annual Trans Musicales music festival in Rennes, France. We had such an amazing time last year capturing video from 12 bands, all of which you can check out here. The spirit of Tra…