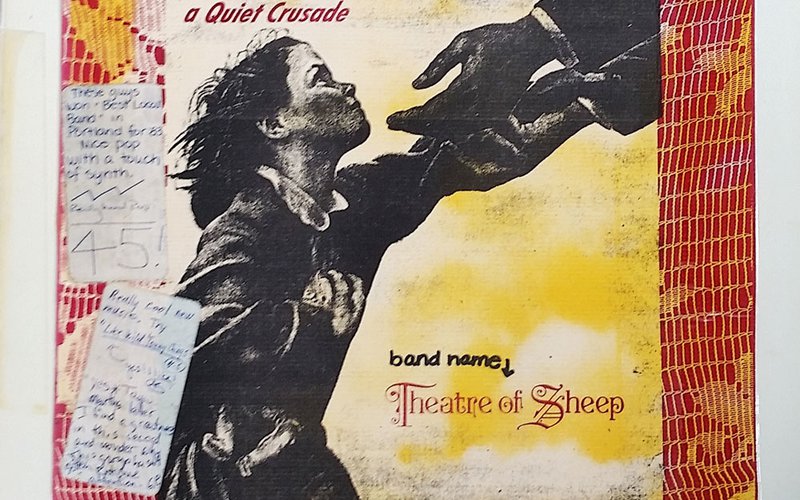 Yet again I find myself stumbling in way over my head, with the "discovery" of a band that I'd really love to read a whole book about. Portland band Theatre of Sheep was quite the local phenomenon 30+ years ago but never quite made it, leaving behind some self-released, hand-packaged records, a lot of stories -- oh, and according to Willamette Week their lead singer Rozz Rezabek gave Courtney Love the name by which we all know her. The KCMU gang were definitely fans, and if the band had continued on into the '80s they probably would have found increased regional success -- perhaps leading to national success, given how much of what was popular in the Northwest in the late '80s and early '90s ended up dictating the tastes of the nation.

But alas, the band seems to have broken up right around the time of this EP's release, although they do still get together for the occasional reunion (looks like the last one was this spring). There is, of course, a Facebook page. Go ahead and follow to find out about the next one, whether it's next year or next decade.

"These guys won 'Best Local Band' in Portland for '83. Nice pop with a touch of synth."

"Yes. Months later I find a greatness in this record and wonder why this group hasn't gotten more attention." 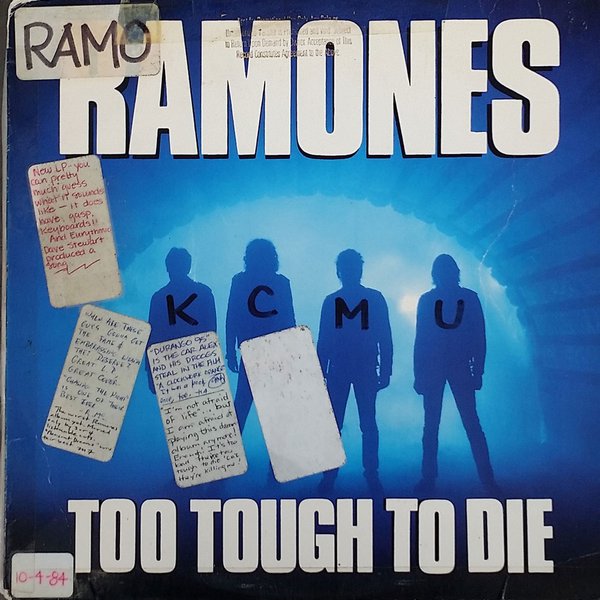 Every time I look at this album cover I wonder if I should post it or not. Given the losses the Ramones suffered in the 21st century, the title and image takes on a new bittersweetness, and one or two of the 1984 KCMU DJs' comments take on a harsher edge than probably intended. That said, the stati… Filigree & Shadow was the second album released by the loose 4AD collective This Mortal Coil. As with the third album, which I covered here eight years ago, label head Ivo Watts-Russel teamed up with some current 4AD artists (including members of Cocteau Twins, Dead Can Dance, and The Wolfgang …