Live Review: Devendra Banhart at Showbox at the Market 1/23

Last week, the Houston-born, Venezuelan debonair Devendra Banhart graced Showbox at the Market’s sold-out crowd with his charismatic charm, knee-weakening vibrato, and sultrily multicultural freak pop - or as his bandmate Josiah Steinbrick (one of the openers) put it, “all the best of unpopular pop music.” Along with Banhart was his just-as-urbane backing band comprised of Gregory Rogove, Huw Evans, Josiah Steinbrick, and Noah Georgeson - and even more, Rogove, Evans (as H. Hawkline), and Steinbrick, in that order, were staged as the openers for the night, each playing a few songs from their solo projects in a round-robin-type fashion. It was a steamy night brimming with infectious energy, hearty laughs, and bossa nova-laced grooves. 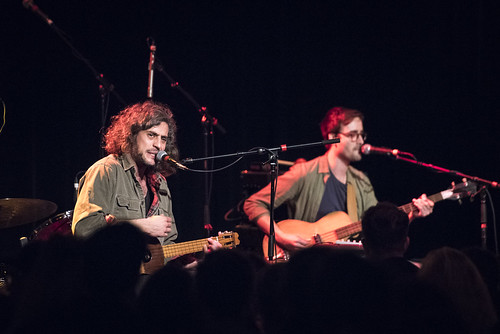 Kicking off the night was Gregory Rogove. He's not only Banhart's drummer, but a longtime cater-cousin and collaborator with Banhart most notably in the facetious psych pop outfit Megapuss. With ukulele in hand, him and his sidekick delivered three intimately stripped down arrangements of his full-band songs. Rogove's warm melodies, haloed harmonies, and delicate picking aptly primed the night for the many layers of cushy feel good vibes to come.

Immediately entering after Rogove was the Welch songster H. Hawkline (Huw Evans), bass player and multi-instrumentalist for Banhart. Evans performs his dream-textured ballads under H. Hawkline and among others, has also written with the Welch songstress Cate le Bon (who hopefully you were fortunate to catch at Chop Suey a couple weeks ago). Sarcastically grasping for sympathy, this Evans said this Seattle gig was "first night on the job" to which Devendra later quipped, "Will he get fired? The night is young..." With a low speaking voice, yet high-registered singing voice, H. Hawkline admittedly played three songs instead of four because he wanted to dually engage through banter like "I have nothing to sell...other than my soul...which you can have for a very low price." The crowd responded well in laughter to his deadpan humor and in hoots and hollers to his intricate guitarwork and vulnerable compositions.

Last to open was Josiah Steinbrick, whose experimentally minimal electronic project is BANANA. His three songs were ethereally sculpted of sounds to space out to, to transport yourself into a meditative headspace, to make you wish you were getting a massage amid wafting aromatherapeutic smells. Some of his other BANANA jams like "BANANA C" are textured with more melodies and instruments, but he kept his set to a more droning harmony of white noise. Steinbrick is another perennial collaborator and producer of Banhart's and also of Cate le Bon's. It seems they've got a rather tight-knit and overlapping crew they've got going. Moreover, apparently everyone in Devendra Banhart's band is as cleverly sardonic as him because during Steinbrick's only speaking part he exlpained he was the mantra-inducing palette cleanser before Devendra and that he was just going to go sit down to play with his music toy and that no one needed to pay attention to anything that he was doing. Hence the above picture.

So then onto the best of unpopular pop music.

Several chapters past his Boho, dread-in-the-beard days, Devendra Banhart walked out on stage with style and comportment like he just walked out of Capelli’s with a fresh quiff-tailored haircut and knowing he was about to have a great night. The occasion: promoting his ninth studio full-length, released in 2016 and called Ape in Pink Marble. It's another album worthy of a “Devendra and chill” descriptor, but one that is also a slightly darker shade of chill. Nonetheless, the crooner enamored the Seattle crowd as he showcased his latest collection of sotto voce serenades and, of course, entertained us with his suave showmanship and delightful wisecracks.

On stage, the zany shenanigans ran rampant. As a teaser, four songs into the opening set, the various players started riffing on the drummer Gregory Rogove for looking like Carl Sagan if he grew up in Seattle in 1992. During his first session of banter in the main set, Devendra evinced his wisecracks stating, "Thanks for having us again again and again. We're so happy to be here. We're called Infected Mushroom. I think we playing tomorrow or we played last night? I don't know. We just never leave. We're going to infect you tonight." Then they went straight into the crowd pleasers "Baby" and "Für Hildegard von Bingen." Not long into the dancey and dizzying night a Venezuelan flag was flown by one audience goer which then made its way to Banhart's feet wherein he naturally and proudly turned it into a cape.

Halfway through his set, his band had an exeunt and he took song requests by himself. It quickly became a frenzied furore of people shouting his whole discography of songs! The funny thing was that most of the songs requested he didn't know all of but he still played 30 seconds of them, leaving the crowd with a 30 second teaser like some kind of real-life iTunes sample. He managed to get through a handful of requests until he reached a tune that he invited the band back up to finish out their set including a rocksteady, "Foolin'"-like arrangement of "Celebration" - the nightcap from Ape in Pink Marble. 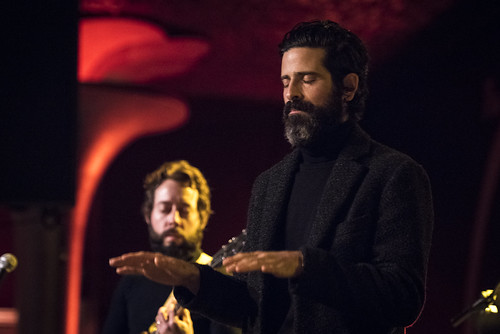 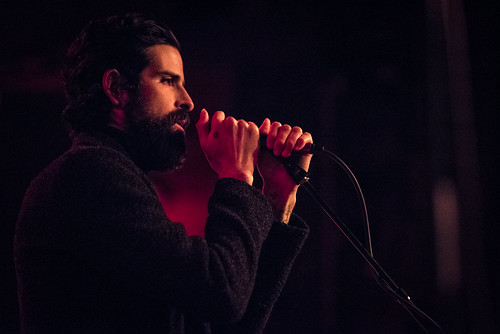 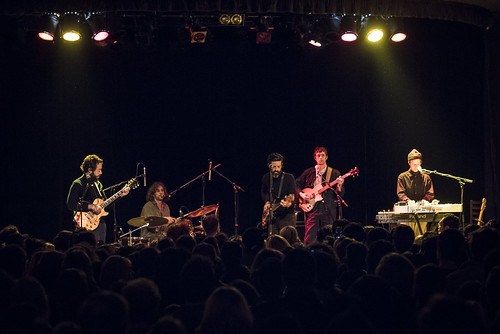 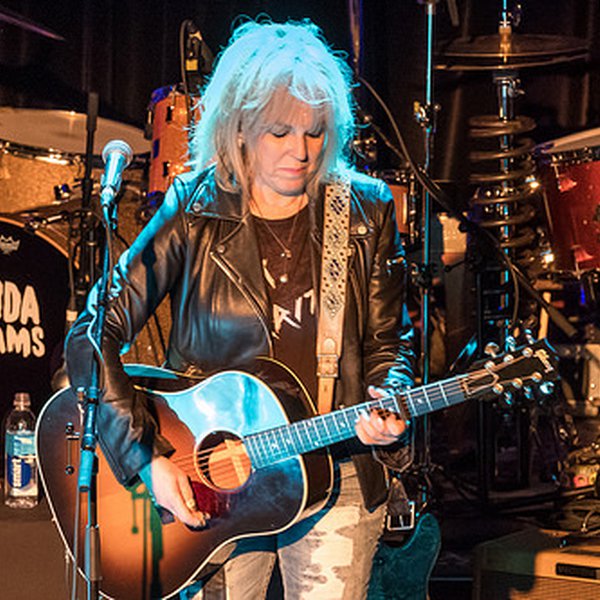 A nuanced singer-songwriter and old-soul Americana-ist as demonstrably badass as Lucinda Williams is automatically going to yield a badass night, and that's just what the southern Stevie Nicks of tumbleweed-twang gave us. 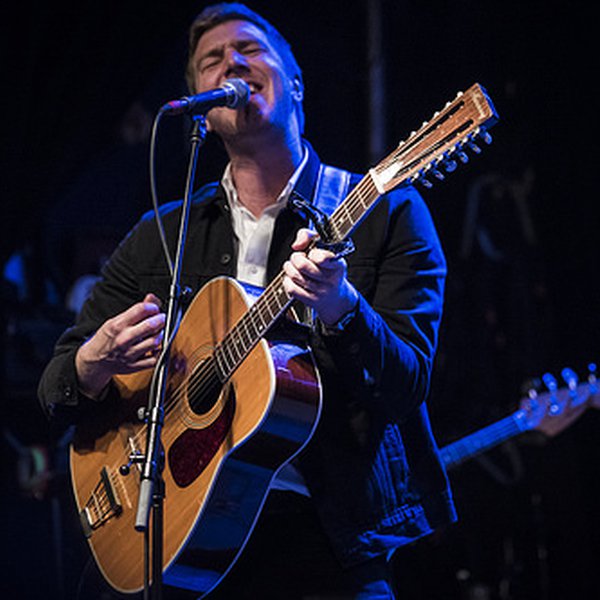 You know when Hamilton Leithauser is about to hit a key vocal line. Like Arjen Robben dropping his shoulder before shooting on goal or Michael Jordan sticking his tongue out before driving to the hoop, Leithauser pulls the mic away from his face, tightens his shoulders, and then nails it - whether …