If there was one Prince tribute to catch at Coachella last weekend, it was "Purple Rain" as done by indie rock god Sufjan Stevens, featuring lead vocals from a mysterious and absolutely wondrous new voice, Gallant. This isn't the first time Sufjan has teamed up with Gallant. At the turn of the new year, Gallant took on Carrie & Lowell closer "Blue Bucket of Gold" in a one-take wonder of a performance. Christopher Gallant's path to mainstream awareness has been an interesting one, one that really could only exist in the modern state of the music industry today. Gallant is a voice before all else - with that impeccable falsetto, a feature with Gallant can only make whatever song you put him on sound doubly as good. And following the template set before him by the likes of Sam Smith, Gallant's path forward has been paved on the fringe of the EDM scene. The first time many heard his phenomenal single "Weight in Gold" - if not in a DJ set at some sweaty club show - was on the EDM Youtube channel Majestic Casual, the same place local electronic duo ODESZA made their head-scratching rise to superstardom. Gallant's knack for bass-heavy pop places him at a perfect vantage point for tackling two scenes at once. Following performances at Coachella, Gallant has taken to the road supporting former mashup artist turned EDM superstar ZHU, who featured Gallant on Genesis Series track "Testarossa Music", and he's sure to wow the crowds with the perfect balance of pop style he's crafted. His appearance at Showbox was absolutely no exception. In a short forty minutes, Gallant tore his two feet of stage apart and guaranteed himself a sold out headlining date as soon as he wants it.At a shy 24 years of age, Gallant grew up not only on the voices he worships, but on the mediums that would later play into his strengths perfectly. Much like the story of ODESZA and a handful of others, Chris has made the power of the Internet play into his hand, watching Soundcloud and Youtube plays go through the roof leading up to an eventual but never anticipatory traditional debut. Of course, when that traditional debut dropped in the form of last month's Ology, it shook the ground it touched wherever it went. Previously released singles like "Weight in Gold" and "Bourbon" were present alongside jaw-dropping new offerings like "Skipping Stones" (featuring one Jhene Aiko). Ology is a pitch perfect debut for Gallant as it Exhibit A for how his R&B and electronic pop styles mesh perfectly. Chris's work has paid off two-fold, both in the years of crafting his impeccably singular voice, and in planning his brilliant path to victory. Walking a careful line that few have the premonition for, Gallant is on his way to greatness.

Tonight's Showbox presentation was no exception to this. After all, as Gallant's Internet presence still continues to build, his biggest opportunity for circulation is still his roof-shaking performance ability. I would have been happy for just Chris's voice to show up. He could have just stood there for all I care. But no sir. With ZHU's light setup and DJ table taking up at least 85% of the Showbox stage behind him, Gallant had a corridor to work with, and work with it he did. Pacing the stage like a maniac, there wasn't a single syllable uttered from his mouth that didn't bleed with conviction. And conviction is great and all, but it's even better when it sounds like the falsetto that comes out of Gallant's microphone. The mixture was absolutely infectious. Gallant burned through the better part of Ology without showing any semblance of exhaustion. His three piece band, all equally squished to the margins of the stage, ripped through every track, giving Gallant the elastic foundation he needed to jump off of. By the time "Weight in Gold" rolled around, the crowd was sold, wanting ever more from the all too short performance. It was one of those telekinetic moments where we were all aware of the star in front of us, still growing, waiting, practicing, evolving towards his biggest statement. I can't wait to see what it is. 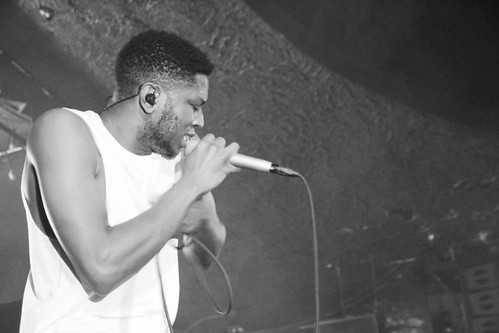 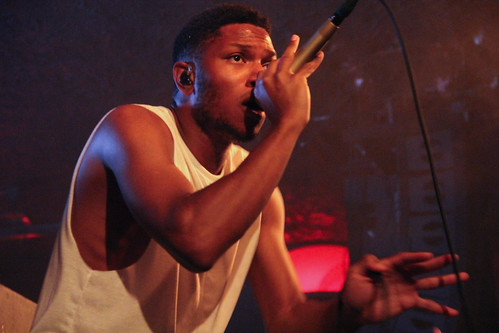 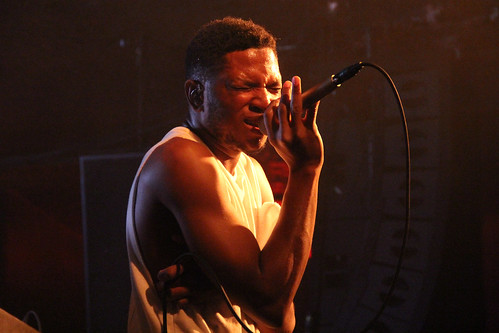 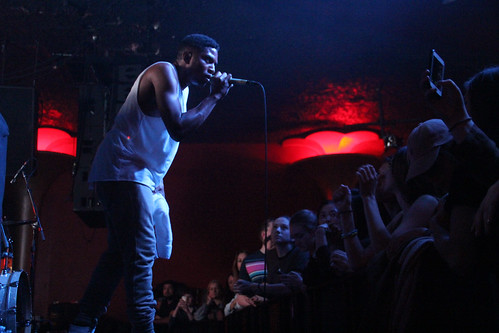 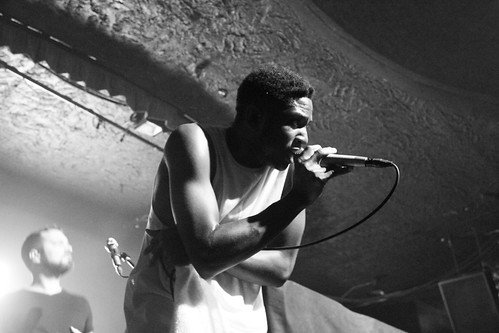 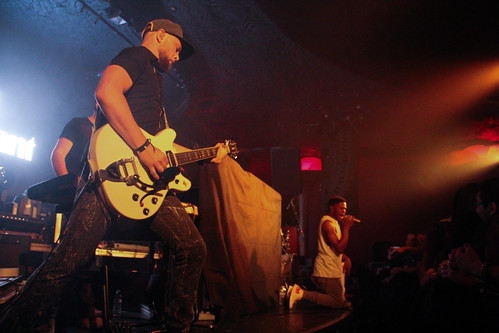 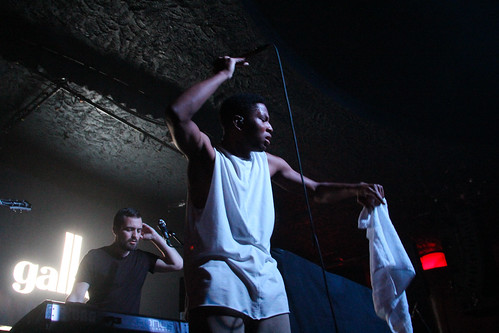 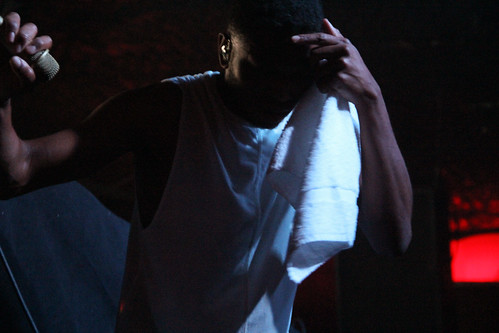 Following Gallant, ZHU and his mysterious band took to the stage for an EDM throwdown. ZHU's two EPs and his highly circulated "Faded" single in particular have made him a distinctive name in the scene, known for bassy house textures, lush falsetto leads (see: Gallant feature), and sensual vibes all around (AlunaGeorge feature "Automatic" especially). Gallant and ZHU also share a label, Mind of a Genius, which specializes in the kind of pop and EDM crossover for which both names are prime examples. ZHU is known for not revealing himself to crowds, and he kept that pretty consistent here tonight, with himself and his two man support of live guitar and sax all decked out in Jawa cloaks. ZHU burned through the hits in top form, throwing a house party at the Showbox that lasted for the better part of two hours. While lacking the immediacy and veracity of Gallant's set, ZHU showed off why his whole west coast tour is sold out: the man throws a great party. It was a good omen for his return at this year's Bumbershoot festival, which will no doubt be good time. 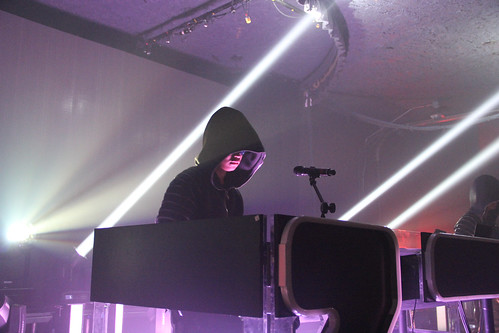 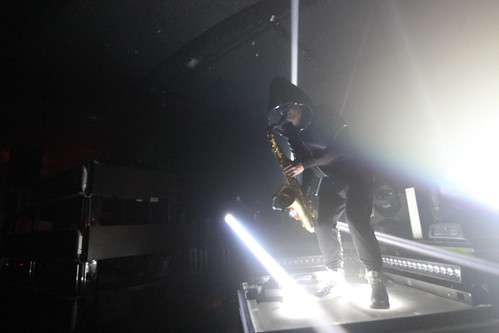 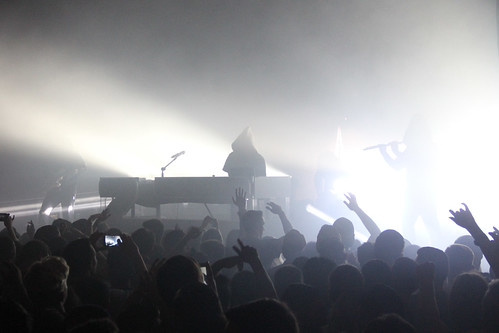 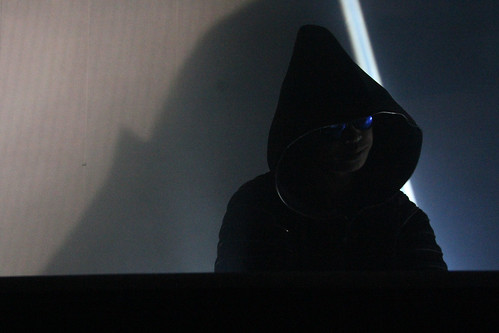 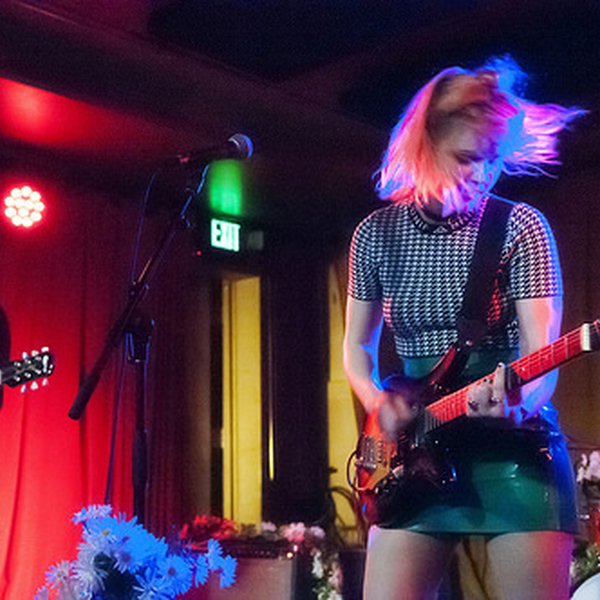 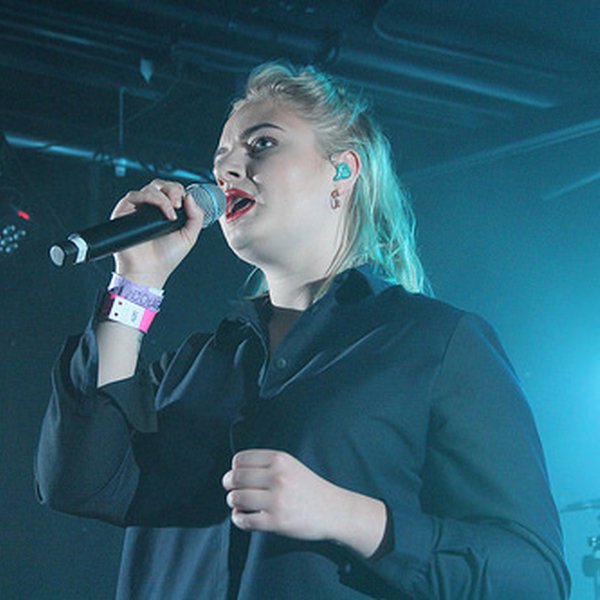 XL Records is entering a very fun new chapter - chapter six to be exact. Last fall (and this spring with the physical edition), the label released Chapter VI, the first entry in their ongoing electronic compilation series since Chapter V back in 1995. The label has seen a ridiculous amount of growt…