XL Records is entering a very fun new chapter - chapter six to be exact. Last fall (and this spring with the physical edition), the label released Chapter VI, the first entry in their ongoing electronic compilation series since Chapter V back in 1995. The label has seen a ridiculous amount of growth since then, much of which is captured quite well in their 20-year span compilation, Pay Close Attention. And as is fitting, the collection ends with perhaps the label's bigger star ever, and the one that welcomes many new generation fans that wouldn't discover the label otherwise into a unique and progressive fray: Adele. As XL enters an optimistic new chapter, they are, as always, led by a forward-thinking push further into the dark of the electronic dream, but they are also conscious of the R&B loyalties that have allowed them such a diverse and affecting place in the music scene. And it's this tipping point where the likes of Låpsley come into play. Here is another young singer with a brilliant voice whose debut album could, by her age, share the title 19. But Låpsley's debut, Long Way Home, reaches further into XL's sonic threshold, as beyond her voice, her production toys with minimalist electronic production, vocal looping, and even the garage and house tendencies of Jamie xx. Låpsley is destined to be a star, not only due to her brilliant gift for the pop form, but because she is a gateway drug into a world larger than herself, and quite a good one at that. The entirety of Låpsley's first headlining west coast American tour is sold out, and it's no surprise whatsoever. Tonight, she played Chop Suey with the perfect balance of production excellence and personal charm, proving her integral place in a UK scene that finds itself continuing to thrive forwards into the future. Låpsley is the real deal, and we'll never see her in such small quarters again. 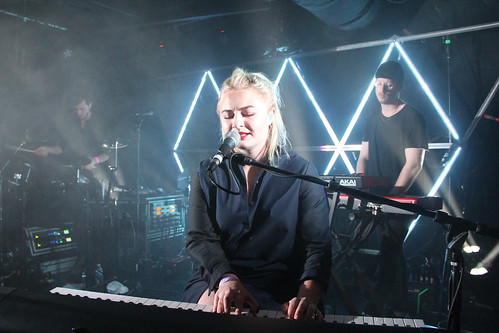 To kick off the night, Låpsley brought along Minnesotan singer and producer Morly, whose keen affection for sparse arrangements makes her an obvious candidate for partnership with the night's headliner. Morly has gotten some well deserved attention in the past year, partially in thanks to producer and talent curator extraordinaire Ryan Hemsworth, who featured Morly on his first Secret Songs compilation back in January of 2015. Following a well-received Cascine debut last year, this year, Morly gives us Something More Holy, a closer look at her sound and production technique and an even more intimate glance into her songwriting world. Much like her studio work, Morly's live delivery feels impressively intimate, considering the well crafted electronic drum textures and thick backing tracks. Much like Låpsley after her, Morly's guiding light is her own voice, floating miles above the bass-heavy instrumentals as the beat rolls on. Her music spoke for her, as interaction with the crowd in between songs was sparse at best. But Morly didn't need much coaxing to help the crowd understand the delicate beauty of her craft, and she opened the night up with an excellent offering of pop vulnerability. 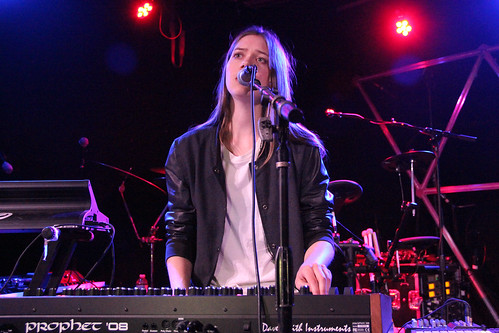 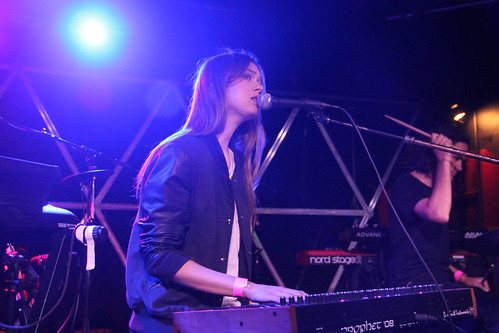 Long Way Home is one of those records where you find yourself in some form or another in pretty much every single song. The problem with those records is that, oftentimes, that spacial discovery is daunted by a sense of melancholy, driven by either a yearning for the past or for things to come. Perhaps that's why Låpsley picked the title - whether you are facing forwards or backwards, the long distance from comfort remains the same. This, of course, makes the album a highly consumable experience, but it does invite a sense of hesitation when entering the same room as the singer who has torn your heart open. As Låpsley took the stage to kick things off with non-album track "Burn", the crowd was ripe with anticipation. As soon as the first verse started, we knew we were in for a catharsis as the very least, but at what balance? With every swell, with every breath, there was nothing but conviction. For someone so early in their career, this was incredibly impressive, but also intimidating. What kind of gravity leads to this kind of self-awareness?

Rest assured, much like Courtney Barnett in a league entirely apart, Låpsley's ability to dial into the human psyche comes from a self awareness driven by humility. In between one heart-wrenching song after another, she continuously cracked incredible jokes, poked fun at herself, at the band, and (obviously) at America, all to the complete joy of the crowd. Her pure lack of ego - running parallel with an incredulous ability to perform her excellent album tracks verbatim on the stage - made her an endearingly human pop star that we could relate with and cherish as a fellow traveler. Perhaps here more than anywhere else, Låpsley finds herself on the cusp of a brilliant career. Aged among the Tumblr confessionals and writing with the honesty and consciousness of someone twenty years older (the sheer fact that she covered Kate Bush's "This Woman's Work" with serious conviction at 19 is a testament to this), Låpsley is nothing less than a star in the making. Chop Suey - a place she had hoped was an Asian fusion buffet extravaganza by name - is the jumping point, and next up is something much bigger. XL should be proud to have her on their roster for the next chapter, as Låpsley makes it one we can both dance to and find ourselves in. 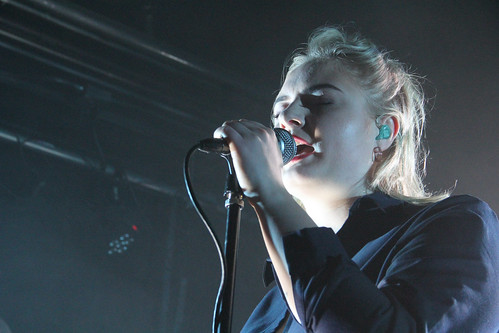 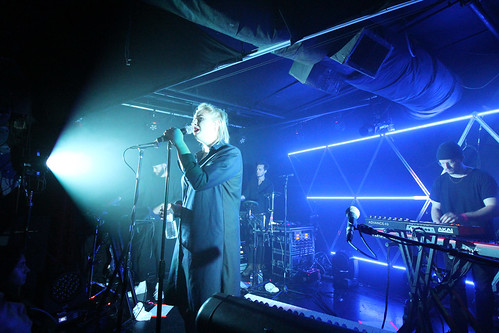 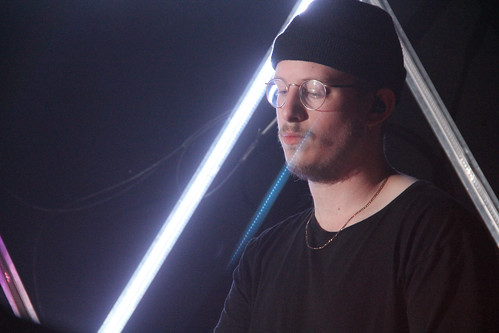 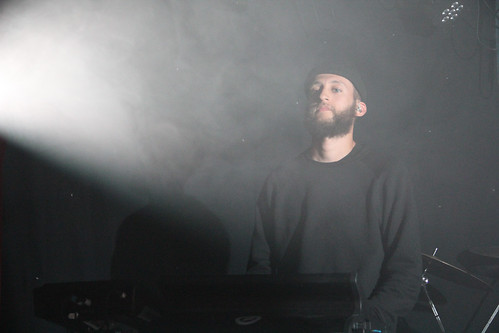 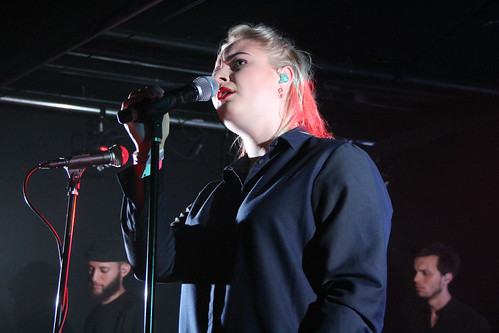 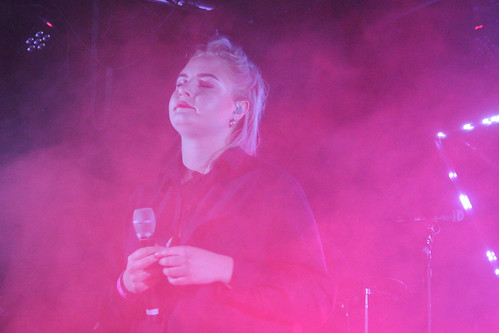 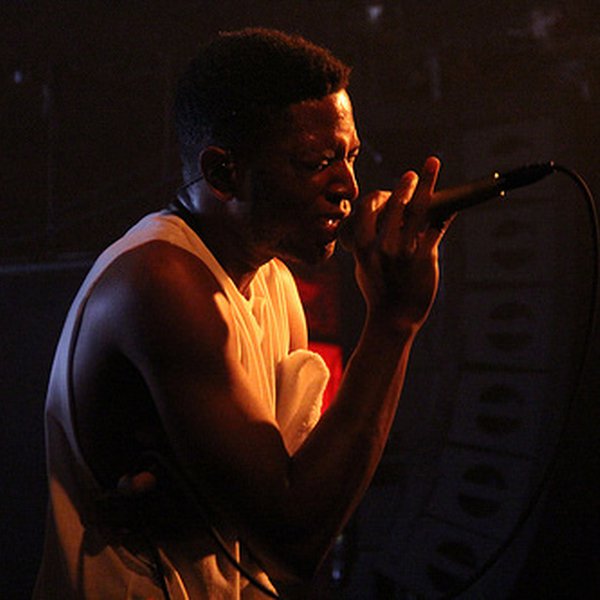 If there was one Prince tribute to catch at Coachella last weekend, it was "Purple Rain" as done by indie rock god Sufjan Stevens, featuring lead vocals from a mysterious and absolutely wondrous new voice, Gallant. This isn't the first time Sufjan has teamed up with Gallant. At the turn of the new … 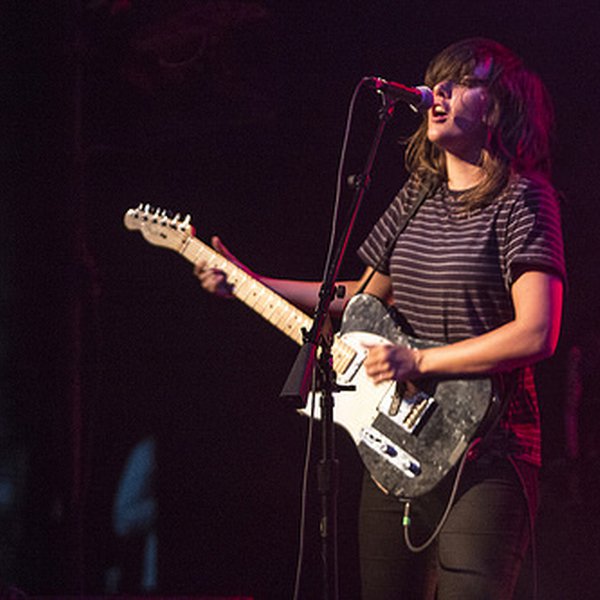 A warm April Thursday night brought an all-star lineup to the sold-out Moore Theatre in the form of Courtney Barnett and Alvvays. The two groups differ dramatically stylistically, but they are two of the best acts in terms of captivating and connecting with audiences both lyrically and sonically. A…