Live Review: Iggy Pop with Noveller at the Paramount Theatre 3/28/16

Maybe ten minutes into his set, Iggy Pop, a man who has survived everything there is to survive and then some, pondered aloud about the afterlife. And not just any afterlife, but Valhalla, the Norse hall where those slain in combat are sent, which, for an artist who's lived the life Iggy has, is almost certainly the appropriate post-life paradise. Notably, his latest album, Post Pop Depression, has an air of finality to it, one that Iggy himself has admitted. But if this album and tour truly are writing the final chapter of the storied career of James Newell Osterberg, Jr., then he's going out in an effervescently furious explosion, because the Iggy Pop who stood onstage at the Paramount on Monday night was far more joyous than rebellious, soaking in every moment that he had left on that stage until he was sure he'd taken everything he possibly could in before walking away. 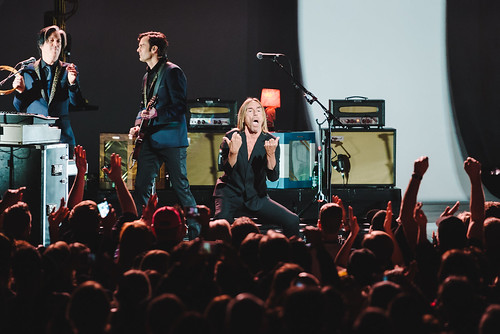 Because trying to imitate anything resembling punk freneticism ahead of an Iggy Pop set would be a poor decision to say the least, Noveller (a particularly inspired choice for an opener) took the more pragmatic route of allowing her shifting guitar sonics craft something that wouldn't overlap in the least with Iggy's raw power. Switching between looping and playing guitar melodies with dextrous precision, Sarah Lipstate's mini-waves of sound were rich with nuance, powering a set that was not only memorable for Lipstate's considerable musicianship (executing the intricacy of some of her compositions as precisely as she did with an army of samples and loops is no small feat), but for providing a stark contrast to the so-obvious-it-was-brilliant opening number of Iggy's set, "Lust for Life". Hearing that booming drum pattern – played by Matt Helders, one of this writer's picks for one of the most underrated drummers of his generation, no less – the crowd lit up in a way that this writer maybe only seen once or twice ever. Dashing onstage after being introduced by an absolutely thrilled Josh Homme – who was clearly over the moon about being onstage with his hero and looked just as starry-eyed and explosive as the frontman all night – Iggy kept his jacket on for all of one song before reverting to his typical onstage shirtless uniform. 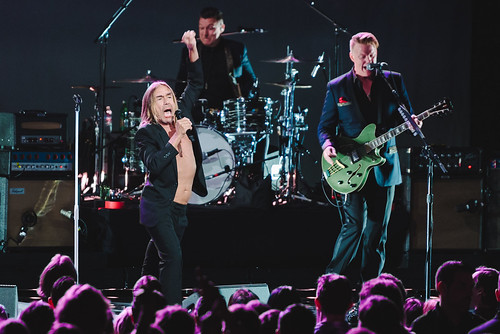 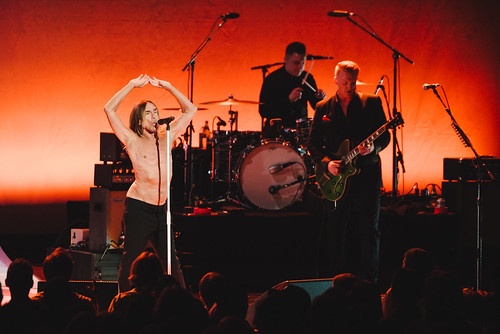 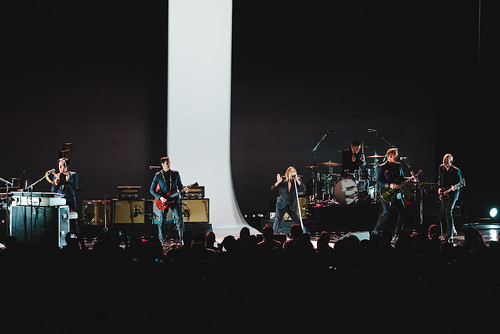 Iggy stripping off before launching into "Sister Midnight" was clearly a highlight of the night, but it's hard to pick just one peak from what seemed like a concert assembled in a music fan's version of fantasy sports. Iggy's backing band – Homme, Helders, Queens of the Stone Age's Dean Fertita and Troy Van Leeuwen, and Chavez's Matt Sweeney – is a set of musicians so stacked with talent that it's clear they're doing this only because they truly want to. And when they're nearly seamlessly playing a setlist that's comprised essentially of nearly all of Iggy classics The Idiot and Lust for Life alongside the very good Post Pop Depression? To put it bluntly, there was no way this was ever going to suck. All of the group's takes on both the new and old songs felt nothing less than vital, but they were only outdone by their frontman, an absolute legend that remains a tour de force onstage, where he's doing the Lord's work one arm flail and sneering vocal line at a time. In between songs, however, Iggy was particularly vocal about his sincere gratitude for the crowd and the people onstage with him, almost to the point of seeming emotional about the evening. 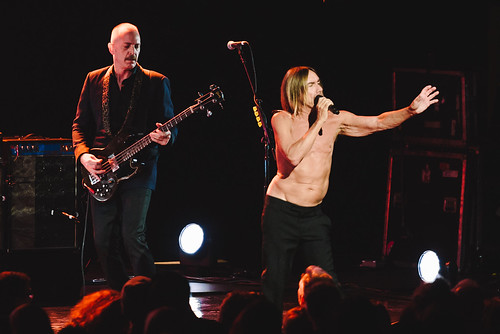 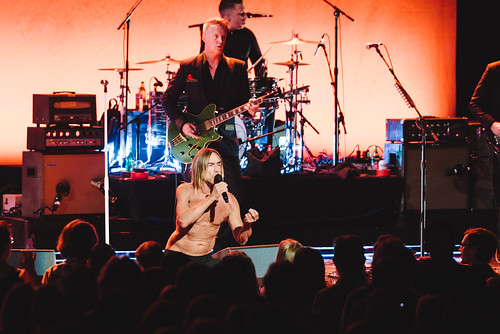 There is the distinct possibility that this frequently and emphatically expressed thankfulness was because of the specter of his longtime friend and collaborator David Bowie, which has been hanging over him (and, to be fair, everything else in music right now) since the album's announcement in January. Bowie, 69, was only a year older than Iggy, 68, when he died, a fact that eerily aligns with the themes of Post Pop Depression. When also considering that all of the core Stooges, save for James Williamson, are now deceased and Post Pop's producer Homme made his own death-facing opus not too long ago, and it's incredibly difficult to not perceive Iggy Pop as an artist and a man consciously looking death in the face as he makes every movement onstage. Admirably though, he's not submitting to it and retiring to Paraguay without giving one final snarl. Because if Post Pop Depression really is the final Iggy Pop record – nearly 50 years after he introduced himself as the man who wants to be your dog (with sleigh bells, no less), 40 years after he first declared his zeal for living, 20 years after a movie about heroin addicts ironically rejuvenated his mass appeal, and 13 years after he reunited one of the most influential punk bands of all time just to take his shirt off and writhe around like he was still 22 – this is a man who can go out knowing that he's had a career that the vast majority of musicians will never have, and that when people look back at him after he's gone – buried shirtless, if there's any justice in the world – they'll know that they're listening to a true pioneer. And even if everyone in the Paramount on the opening night of the tour already knew that, there was something glorious about watching that statement be reaffirmed over and over and over again for close to two hours of music and gratuitous profanity. 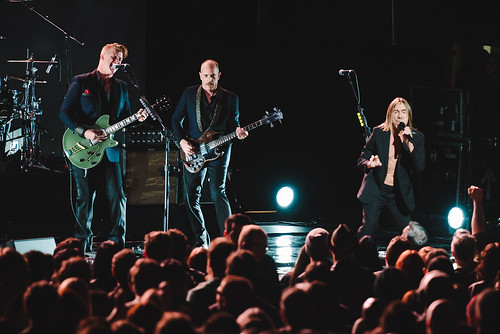 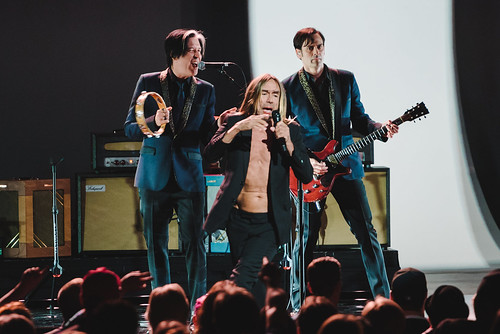 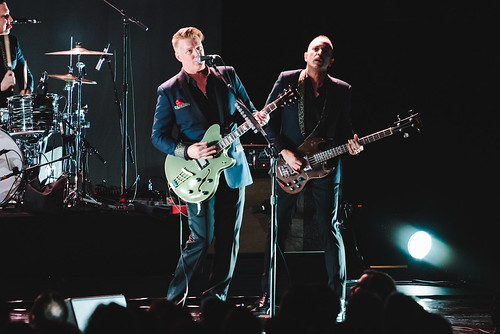 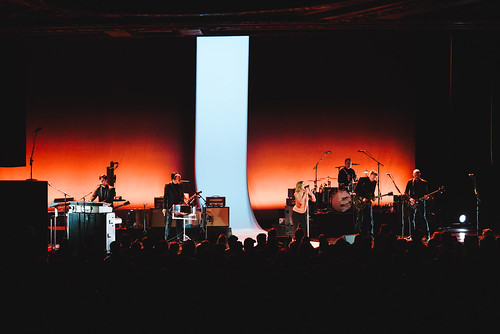 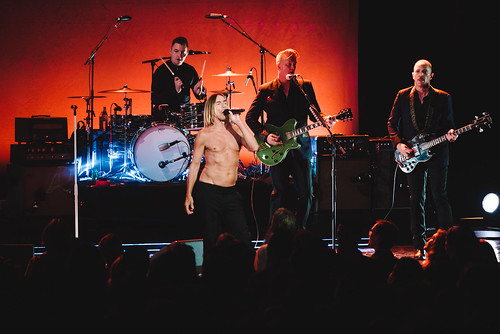 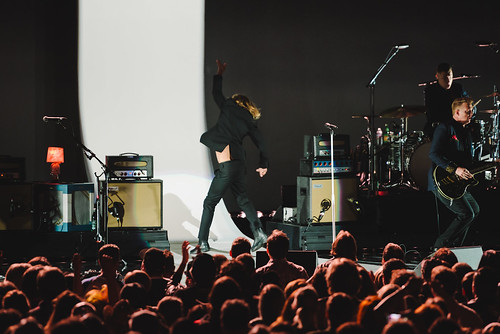 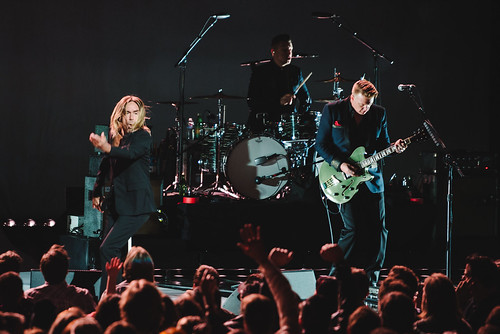 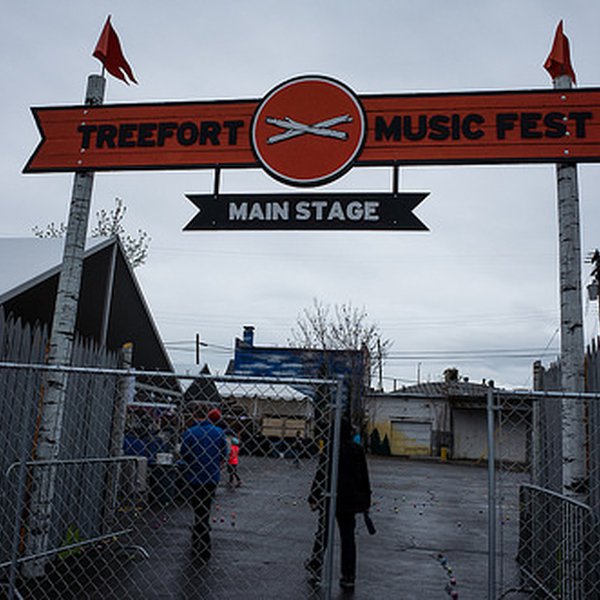 As the first day of Treefort Music Fest got underway, many of the Thursday bands were stuck in Denver battling a snow storm. It was a theme that resonated as Day 2 of Treefort came around, with cancellations and delays peppered throughout the schedule as a result. But the unfortunate circumstances … 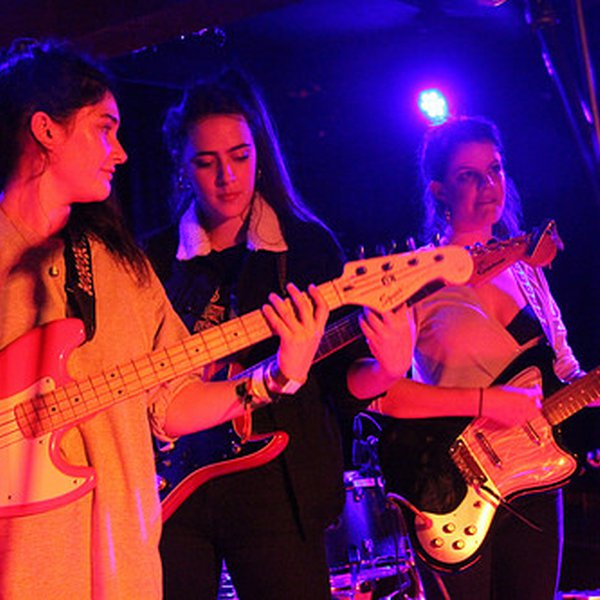 Madrid indie rock quartet Hinds made their full length debut on Mom + Pop at the turn of the new year with a fantastic album called Leave Me Alone. But, after seeing them live, it's hard not to interpret the title as being somewhat ironic, because there are few bands around that are as fun to be in…