At the Paramount Theatre last week, Phantogram opened their set without even being on stage. After they performed two songs obscured from the audience, a screen fell shortly thereafter, revealing the New York duo behind the fourth wall to fervently shake the physical walls of the venue. Going from playing Chop Suey the first time they played in Seattle, to headlining The Paramount on the release date of their third record, Three, is no easy feat. Sarah Barthel and Josh Carter’s nine-year career as Phantogram has spanned three records, numerous collaborations (from Miley Cyrus to OutKast’s Big Boi), and unfortunately, unshakeable life events together. Between the death of Barthel's sister, and numerous album release date delays in the past year alone, there was an uneasy feeling of melancholy that seeped throughout their entire set on Friday night despite what should have seemingly been a joyous occasion - a sold out show on record release day. However, when Barthel and Carter came together vocally on tracks, Phantogram shined far brighter than any dark cloud could cover. 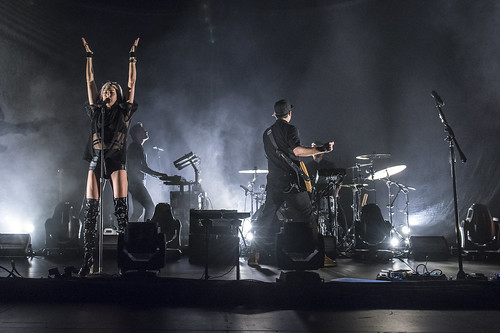 Opening act, The Range, alias of Brown University physics grad James Hinton, bounced on stage promptly at 8PM and kept the same amount of energy for his 45 minute set. The majority of his tracks were off of his newest record, Potential, which is comprised entirely of samples from unknown YouTube artists. Singing along to the samples with fiery ardor, Hinton showed his craftsmanship and attention to detail on songs like “Florida” and “Copper Wire”. However, the crowd remained relatively unchanged throughout the set, and he left the crowd anticipating Phantogram’s arrival more than ever. 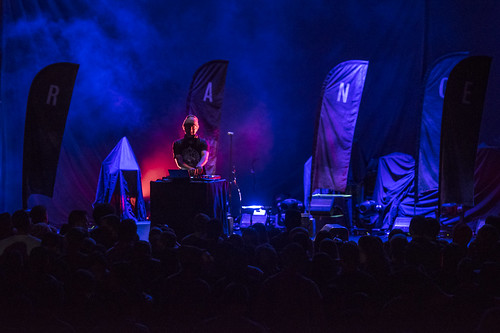 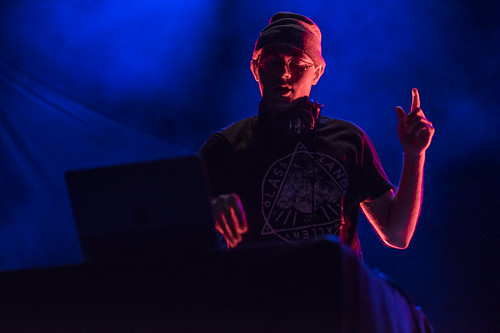 Sarah Barthel and Josh Carter performed the opening track, “Funeral Pyre,” off stage, as two vast silhouettes were projected on stage- feeding the crowd’s hunger to see the duo in front of their eyes. Barthel and Carter then joined the stage for “Don’t Move” and “Black Out Days”, but only behind the guise of a translucent sheet. Projecting lights and patterns onto the curtain, there was an increasing feeling of distance between the duo and the crowd, effectively elevating the suspense for when the curtain would drop. Sarah Barthel has the ability to completely command the stage whether she’s on it, behind it, or to the side of it, and kept the crowd glued to the screen awaiting its plunge. 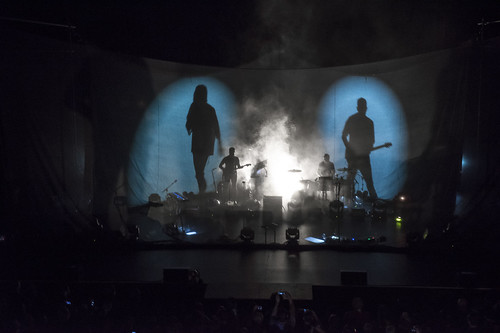 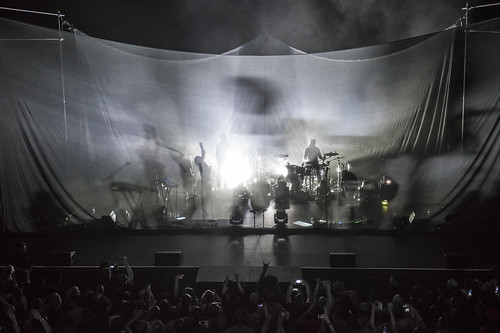 The curtain finally fell for “Turning Into Stone”, and Phantogram came into their own. Barthel and Carter joined together on the vocals on the next track, and that is without a doubt Phantogram at their strongest. “You’re Mine” is off of the newest album, Three, and is the farthest they’ve ventured into pop. The lyrics are jealous, and the vocals are flirty- this was one of the few moments of the night where there wasn’t an undertone of nostalgia or somberness. This transitioned into Barthel’s shining moment of the night, “Same Old Blues”. Again, another track that leans heavily on the pop side, but the lyrics take a darker turn. “I keep on having this dream where I’m stuck in a hole and can’t get out/There’s always something that’s pulling me down, down, down,” Barthel softly shouts. This double-sided image of happiness plagued with destruction would surface again and again throughout the night. 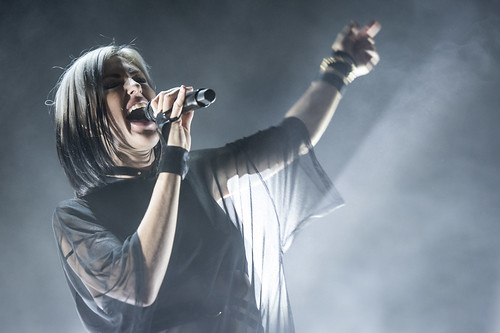 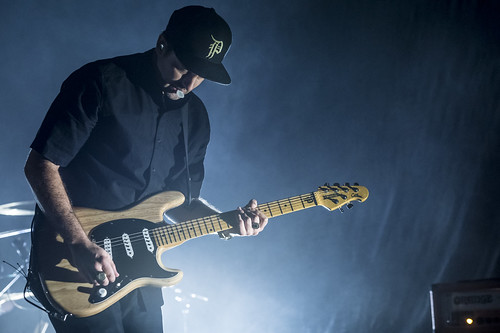 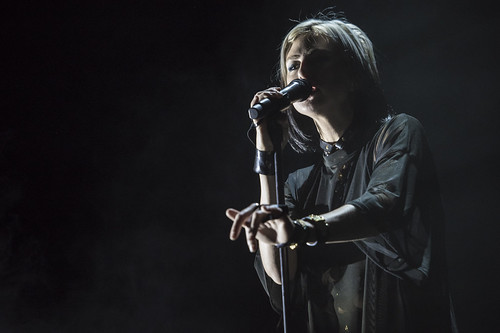 The last few songs in the set continued to darken, including a minor technical blunder on “Howling At The Moon”, but coming to its darkest in “Answer” and “Destroyer”. Both are piano driven ballads that are heavily influenced by the death of Barthel’s sister earlier this year - a very solid explanation for the gloom present in its various forms throughout the entire night. On “Answer”, Barthel and Carter come together on the vocals again, hitting another one of the strongest moments of the night, evoking the true nature of coming to the realization one will never receive closure. The encore began on the same frequency with “Barking Dog”, where Carter’s haunting vocals echoed throughout The Paramount, before ending with lighter crowd favorites of “Fall in Love” and latest single “You Don’t Get Me High Anymore”. 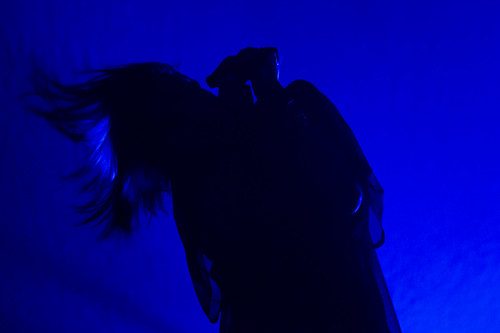 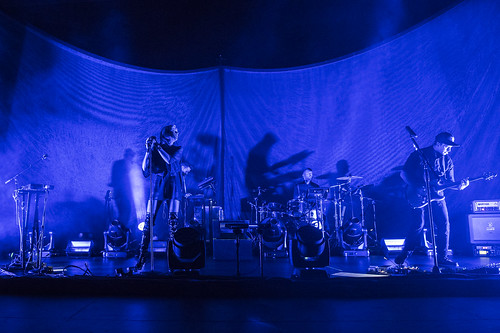 Phantogram have always outwardly spoken about their pursuit of making music that ranges the full spectrum of human emotions, and their performance prevailed. Despite the initial confusion of flip flopping between bright and dark, it’s refreshing to see how transparent Phantogram is with their work as a band, and their life as human beings. The duality of Phantogram’s performance highlights the luminosity that can come from dark moments, but also the weight that loss inevitably invokes, palpable even during this otherwise very celebratory night. 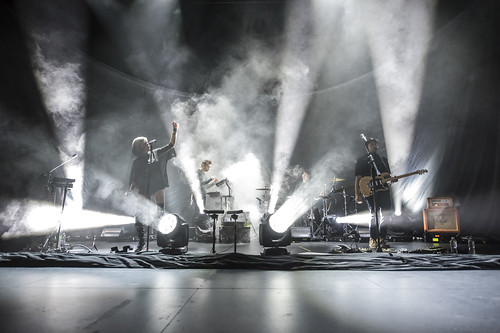 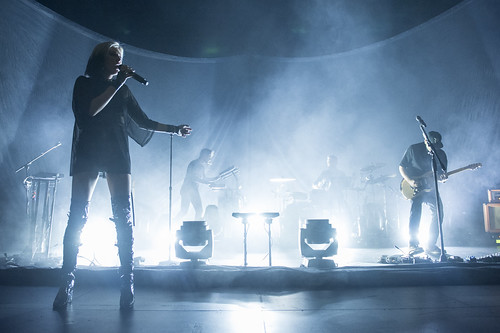 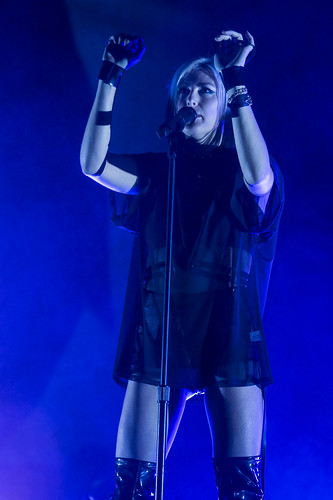 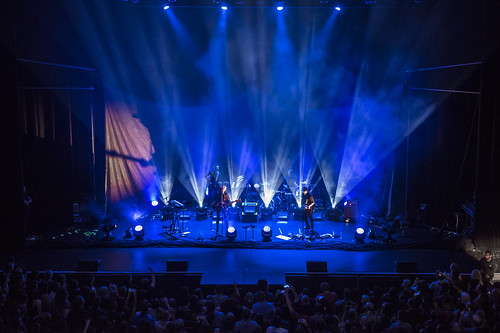 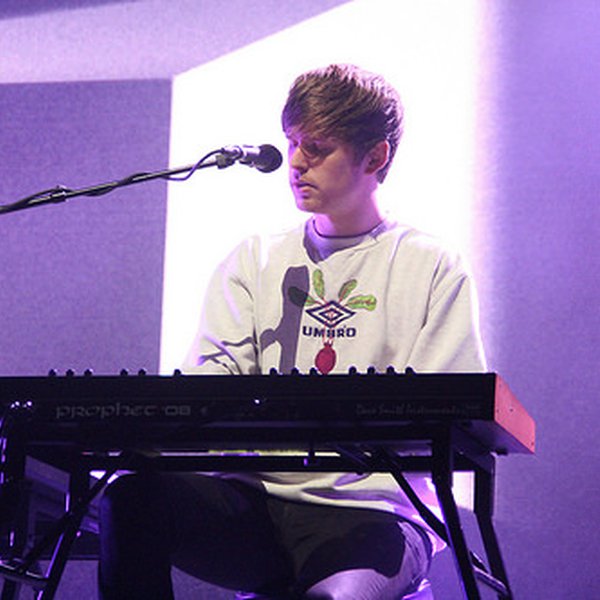 Nine decades deep into the electronic music genre, and the most startling and effective instrument it uses is still the human voice. From the earliest days of sampling and vocal splicing to the revolutionary vocal manipulations of Bruce Haack and Kraftwerk up through the live vocal looping we've en… 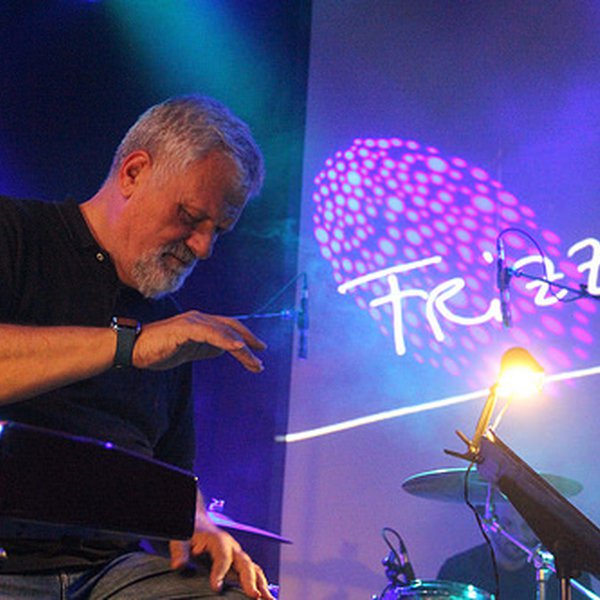 When you have nearly half a century of film scores to choose from and you don the Neumos stage on a Tuesday night, which one do you play first? These are the types of questions you would ask yourself if you were master Italian composer Fabio Frizzi. Frizzi is the second four-decades-deep horror sou…