If the Internet age is defined by one thing, it's probably disposability: the temporal state of everything we define ourselves by. We live in a world that is exponentially unsatisfied with singularity and smallness. Our good intentions for globalization and interconnectedness have gone by the wayside as technology continues to evolve, and now, we are so overwhelmed with the sheer amount of digestible content that our struggle for individualism drowns in an ocean of white noise. This has manifested itself not only in our individual lives, but in the way we consume art and culture as well, where an increasing dichotomy grows between the unavoidable satellites that pop up in our news feeds daily and the tiny dots that we barely even notice are there. For some, this new model is depressing, as the venues we've known for years to be tried and true paths to exposure and success wane in the twilight of a confusing new dawn. But for others, this new frontier is full of opportunity and ripe for innovation. One of these such individuals is Brooklyn producer James Hinton, a.k.a. The Range. Where Hinton has historically excelled in creating gorgeous sample-driven electronic soundscapes perfectly fit for the compact distribution of the digital world (the best example of this being his stellar 2013 LP, Nonfiction), the question he essentially poses on new album Potential is this: what if all of the highly disposable content we put on the Internet for use by our friends, our acquaintances, and even for complete strangers was more than just momentary distraction? What if someone like Hinton was really out there, just waiting to take a planted seed and nurture it to fruition? In an experiment that only he could pull off, The Range explores the vastness of our digital content and adds his brilliant electronic mixture of house, breakbeat, and pop to bring it to refreshing and vibrant life.

Potential has a kitsch value that might endanger the appreciation of the whole, if not for the whole's otherwise brilliance: the vast majority of the vocal samples on the album are pulled from the depths of Youtube. This idea has been recycled a few times in the last couple years by some big names. Kendrick Lamar pulled audio from a 1994 interview of Tupac to finish off To Pimp A Butterfly closer "Mortal Man". Likewise, Kanye West structured his one-off single "All Day" around a whistled melody by Paul McCartney from a TV appearance in 1999. But in both of those cases, the Youtube source was far from an unknown. For the Range, the knowns are thrown out the window - it's into the bowels of the content basements to find the materials he's garnered here. But Hinton hasn't done this for a single song - rather, it's how he chose to assemble all of the vocal tidbits for the whole record. And furthermore, he's divvying out licensing to all players involved! It's a pretty cool trick, and this alone would be enough to merit some semblance of attention to the record, but limiting Potential to just this description is a pitiful undersell. Above and beyond his source material for sampling, the Range has herein garnered his most cohesive piece of work yet, showing off his sound and stylistic technique in full clarity.

On Nonfiction, The Range jumped up onto a larger platform and came out of the gate with speed. It's a record with infinite replay value because it never over or underwhelms. It's the perfect mixture of challenging and inebriating, with a hand heavy to pour on the polish. In all these things, Nonfiction made a brilliant entry point, and now that some years have passed (and one excellent EP in the form of 2014's Panasonic), its time for another LP, one where Hinton doesn't have to be so meticulous. Don't get me wrong - Potential is just as complex and mind-boggling as its predecessor. But with his new LP, you can feel Hinton flex a bit more, breathing heavier into the emotions of the piece, letting the dynamic range of the record shine with more tenacity. Some credit for this goes to the vocal samples. Oftentimes, the rhythmic structure of Hinton's tracks and the delivery of the vocals don't work in perfect tandem (a great example of this being the wondrous "Copper Wire"). But the mixture feels strangely organic for our digital times - it's a realtime meshing of two elements that maybe weren't meant to coincide, but now bloom into glorious new forms.

But Hinton does't depend entirely on outside influence to allow himself some room to breathe. He lets the piano ride a bit longer and throws in a bit more reverb to make the whole world of the Range feel bigger than it ever has before. Songs like "Florida" lean heavy on melody and pop structure, while still exuding a desire for maximalism through complex rhythmic counterpart. Where Hinton loosens his grip on pristine sonic clarity, he tightens it on hook structure and delivery. The change-up feels exactly as it should be: a producer moving deeper into the sweet spot of his game and finding the perfect way to send a message that you won't soon forget.

Potential ends with a prayer on "1804", asking for stability and guidance through tribulation. The whole thing has a marvelously hopeful tone to it, as Hinton's pianos reach Bruce Hornsby levels of tear-jerking pop godhood. It's an ending that works so well considering the way that Hinton chooses to open the record on "Regular". "Right now, I don't really have a backup plan for if I don't make it", the vocalist ponders, "but even if..." the vocal cuts out - fill in the blank with whatever your "even if" may be. Then it continues: "I've just decided to move on to something bigger and better". In between these two endpoints, there is an ocean of potential (hence the album title). It's so easy to get overwhelmed in the sheer size of the sea of obstacles between ourselves and our dreams, and yet, in his own way, the Range reminds us that the distance may not be as vast as we tell ourselves it is. In the end, hopefulness is a powerful tool, and accompanied with a willingness to discovery and trying something new, it's quite near unstoppable.

Potential is out now on Domino Recordings. Pick it up at your local record store on CD or vinyl. The Range will tour behind the new album alongside rapper Rome Fortune, whose new album Jerome Raheem Fortune dropped last month. The two make a stop at Barboza on May 8. Grab tickets here. 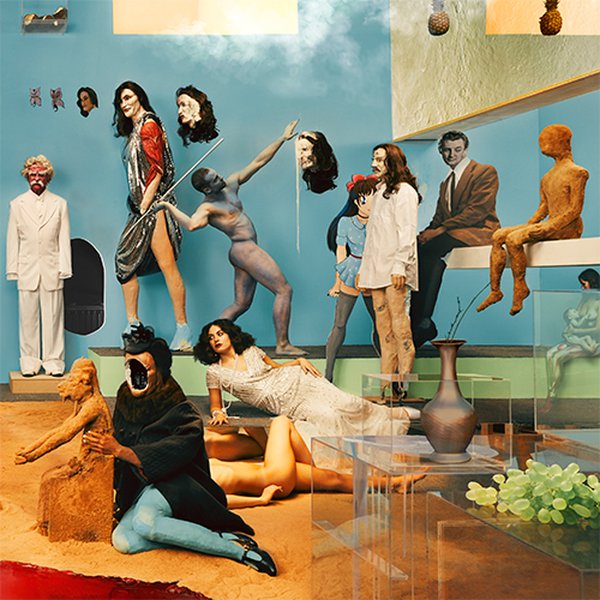 There's a great scene in Richard Linklater's film Boyhood where Mason Jr. (Ellar Coltrane) is about 10 or 11 years old and is in Houston sleeping over at his dad's place when he asks him this great question. "Dad, there's no, like, real magic in the world is there?" Mason Sr. (Ethan Hawke) asks him… 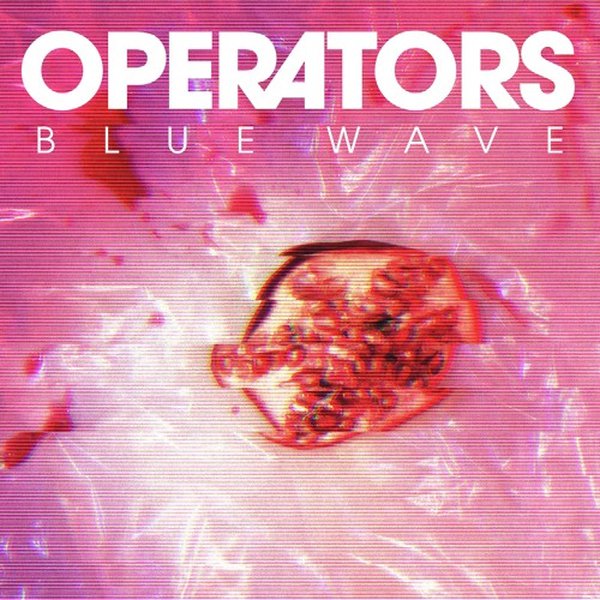 "I felt a blue wave coming on." If there were any way to sum up the trying events that led up to the amalgamation of Dan Boeckner's latest project Operators, the album's title track does it pretty well. Dan Boeckner, responsible for Wolf Parade (alongside Spencer Krug) and Handsome Furs (alongside …