SMooCH was a smashing success. This year the Nordstrom family, with the help of KEXP, Sub Pop Records, and many generous donors, raised nearly $3 million for Seattle Children’s Hospital uncompensated care fund. The money will directly help to pay for critical care for sick kids, regardless of their family’s ability to pay the bill. All told, around a half million dollars of that staggering amount of goodwill was raised the night of December 8th at the fourth annual SMooCH Benefit.

The Showbox at the Market was full of a happy, celebratory buzz early in the evening,  as VIP ticket holders bid on silent auction items and ate delicious small plates donated by Ethan Stowell and other excellent local restaurants. Area winemakers donated their wares as well, giving the evening a celebratory feel. Morning Show host John Richards thanked the crowd for braving the driving rain and helping to raise money for a great cause. DJ Morgan played upbeat tunes and kept the crowd moving.

Some big ticket items were on offer, including one of the actual mopeds used in Macklemore’s music video for the song “Downtown”. Music fans raised the bids to $4,000 for this white piece of music history. Also on offer, a pair of cleats used by Seattle Seahawks quarterback Russell Wilson in his career best game (to date) against the Steelers on November 29th. Wilson, who has long been a supporter of Seattle Children’s Hospital, signed and wrote some game stats on the shoes. They brought in a cool $2,500.

SMooCH seems to bring out the best in the community each year, and this year was no exception. Music lovers and philanthropists rallied to the cause, raising their drinks for a live donation drive at various levels. And again, after all was said and done, nearly $3 million dollars for the year was on its way to help kids and families in need. It was a feel good evening all around.

Pete Nordstrom, co-president of the luxury retail store of his family namesake and former KEXP board member, introduced the event, explaining that his son had some pretty serious health problems when he was born almost 4 years ago. Nordstrom said he and his wife Brandy felt fortunate to be able to pay for their son’s open heart surgery, but they were deeply impressed by the level of care that every family receives at Seattle Children’s, regardless of their ability to pay. So the Nordstroms started the SMooCH event to help raise money so that all families could continue to receive that high level of care. And they thought they might as well include the Seattle music community and throw a show instead of a traditional fundraiser. SMoocH shows had raised over 1 million dollars to date, but this year brought that number much, much higher.

But of course, many came out not just to raise money, but to enjoy a great concert. The night kicked off with local soul powerhouse Grace Love & The True Loves, who have been blowing up on the Seattle scene over the last year. With a retro flavored flair and a lot of sassy attitude, Love easily got the crowd up and dancing. She thanked KEXP for being the first to play her debut single, “Fire”, and all but burned the place down with her 8-piece backing band tearing it up behind her. Love is a force to be reckoned with, and has a powerful voice to boot. Bandleader and guitar player Jimmy James kept it in the pocket, and faded into the mix until he busted out blazing guitar solos.

The night was to be full of powerful voices. Next, singer and piano player Mary Lambert, made famous by creating and singing the hook on Macklemore’s hit “Same Love”, took the stage. Always a mix of funny and sincere, Lambert quipped about snoring herself awake, then launched into a heartfelt and moving piece on body image. Among a number of somber poems and belted out songs, Lambert even managed to sneak in a brief cover of Drake’s earworm “Hotline Bling”, and a hilarious story about the Grammys. She then announced to cheers that her debut record Heart On My Sleeve was recently certified gold.

The man who put Seattle hip hop on the map, Sir Mix-A-Lot got the crowd dancing again with his hits “My Hooptie” and “Posse On Broadway”. Slamming bass filled the room with fun 80s and 90s nostalgia. Mix was quite the showman, and shared funny stories like one about living in a rented apartment in Seattle with no furniture, and as soon as the money started rolling in he blew some $286,000 on a Ferrari Testarossa. He seemed out to prove a point, that he was more than a one hit wonder. His high energy set and tight flow did just that. Still, dozens of women excitedly flocked to the stage to dance, albeit a bit tipsily, to his biggest hit “Baby Got Back”, clearly there for this shared moment in the spotlight. Mix worked the crowd like a pro, even jumping down to rap in the front rows at one point.

Headliner The Afghan Whigs closed out the night with their only live show of 2015. Greg Dulli, the lead singer of this Sub Pop band, was celebrated earlier this year on KEXP’s 6 Degrees Of Separation show, which linked each song to the song before it, starting and ending with Dulli. He and the band were swinging for the fences with this SMooCH show, and brought a high energy set that put a unique, live flavor on songs from throughout their extensive catalogue. This was a sweaty, loud, all out rock show to cap off an incredible night of music and fundraising.

It's your last week to step Inside the Music of KEXP, a collaboration between KEXP and Microsoft. 4,000 square feet of currently vacant office space is transformed into an interactive installation. Check it out Monday through Friday from 12 PM – 7 PM, or Saturday and Sunday from 10 AM – 5 PM. The e… 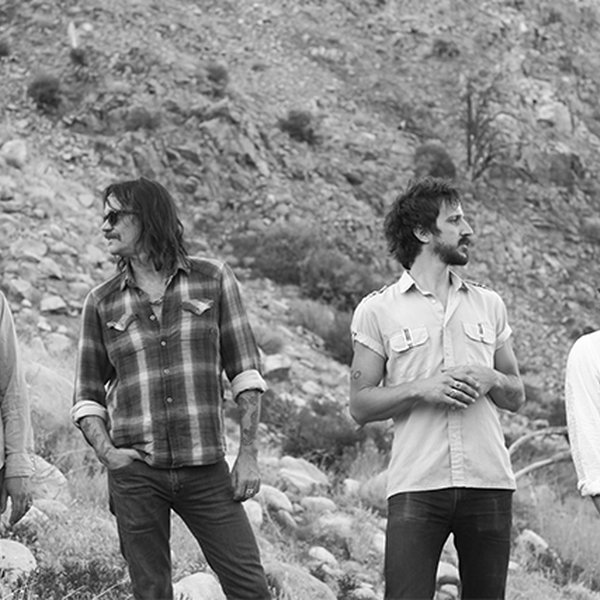 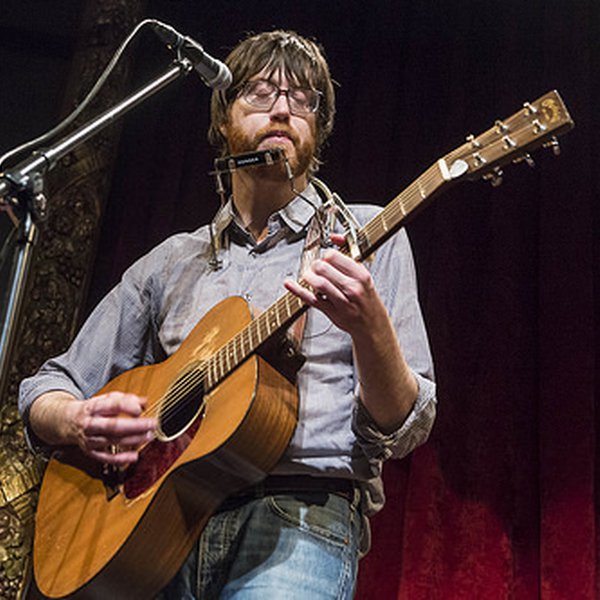 Okkervil River's 2005 masterpiece, Black Sheep Boy, is one of those records that grabs you wherever you're at. If you haven't gotten the divine pleasure of experiencing it yet, I promise you, it will grab you at some point soon. There's just something about the coming-of-age brilliance of its narra… 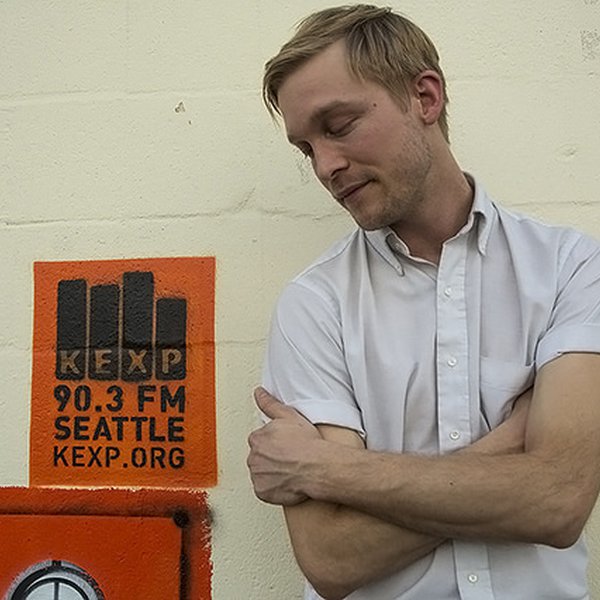 Last week, Seattle sons Harrison Mills and Clayton Knight took their hometown for three straight sold-out nights at the Paramount Theater. It is truly mind-boggling how quickly and how flawlessly ODESZA has skyrocketed over the last three years. The band's debut album Summer's Gone came out only th… 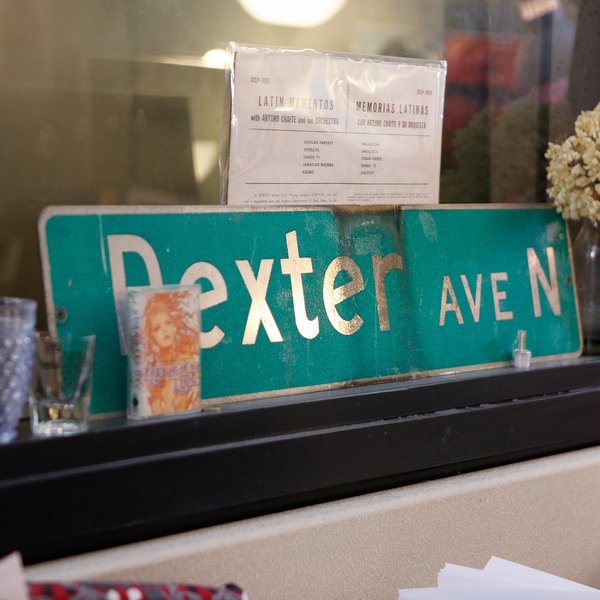 Earlier today, Wednesday, December 9th, KEXP left behind our old station at Dexter Avenue and Denny Way, to move into our New Home in Seattle Center. We asked our volunteer photographers to share some of their favorite shots of the old building. If a picture says a million words, then scroll throug…