Last week, Seattle sons Harrison Mills and Clayton Knight took their hometown for three straight sold-out nights at the Paramount Theater. It is truly mind-boggling how quickly and how flawlessly ODESZA has skyrocketed over the last three years. The band's debut album Summer's Gone came out only three short years ago, and thanks to an uncanny, brilliant mixture of refreshing creativity and ruthless guerrilla marketing, it exploded and took over the electronic and dance music scene by wildfire (Kelton Sears at Seattle Weekly wrote up their story this past week in sparkling detail here). Now, Mills and Knight end the tour behind their second full-length In Return at the top of the freaking world. And yet, as we got to behold in dazzling form at the Paramount for ourselves, the band is only bringing more fresh ideas to the table, and we are far from seeing the end of this young group. Together with a plethora of both friends and influences, ODESZA made night after night at the Paramount a spectacle for their first fans to relish in. This is how you come home.

ODESZA are a really easy band to love. Part of the reason for this indisputable fact is the sheer size of their sphere of influence. Mills and Knight aren't afraid to pull from a multitude of sources to continue building and evolving their diverse mixture of sounds, and their keen sensibility of how best to mix and mash these is what gives ODESZA the sound we've come to know and love. The band paid respect to this in their return home with three very different sets of opening acts over the three nights of their residency. Night 1 led with rising electronic Big Wild and a massive mutual influence of both Big Wild and ODESZA: Bonobo. Though the man only gave us a DJ set rather than a full live show Saturday night, this must have been truly a next level experience for Mills and Knight. Night 2 left the threshold of experimental and entered ODESZA's weird corner of the larger EDM fray, letting rising producers Hayden James and Louis Futon warm the crowd into a massive ethereal space. Finally, Night 3 paid respect to ODESZA's massive hip-hop influence, with trap-pop producer Jai Wolf along with the about-to-explode hip-hop freshman Goldlink.

Sunday night, the energy of the Paramount could not have built in more perfect ascension. Louis Futon entered first, to substantial applause and crowd knowledge, kicking things off with an unreleased single and then weaving in and out between originals and crowd teasers. Before ODESZA entered and used the full massive space of the Paramount stage, Louis's live setup was a nice reminder of the more humble beginnings from which Mills and Knight hail. The table separating him from the audience looked like exactly what we saw when ODESZA played the likes of Neumos even only a year and a half ago. With Louis's charisma and crowd interaction, I wouldn't be surprised to see his name start to rise in a similar fashion. By the end of his set, the crowd was loving every minute, and closing out with Gallant favorite "Weight in Gold" made for a wonderful mutual sing-a-long between stage and crowd. 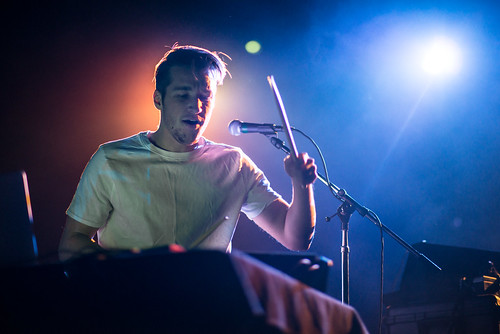 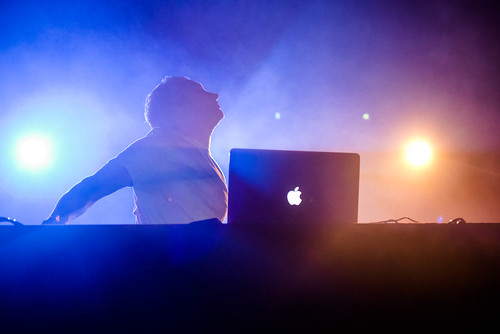 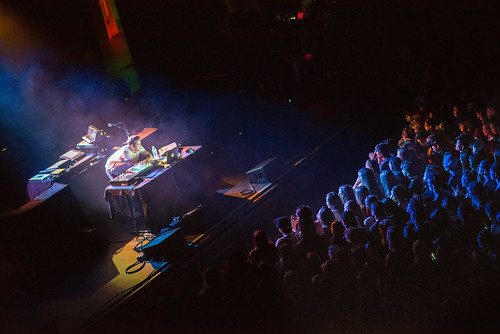 With the follow up set by Australian producer Hayden James, the night built in two dimensions. James kicked his set off decidedly more house than anything Louis Futon had put down, transitioning the crowd into a heavier groove rather than a drop and response. And along with this direction came a visual accompaniment. The lights at the front of the stage dropped to nil and the lights behind blinded the crowd with brilliant magic. For half of James's set, the crowd on the floor was just looking up at the Paramount roof, mouths gaping open at the incredibly beautiful light display above them. The cold pulsating of the greens and blues made the whole theater look like it was underwater. Of course, this was only the beginning of the visual overload that the crowd would experience once ODESZA took the stage, but having this spectacle was exactly the interim display that was needed. Louis Futon played a dynamic, evolutionary hour-long set before the stage hands took to reassembling the stage for the big act. Between him and Louis Futon, the crowd was primed and ready for the best ODESZA show they've seen yet. 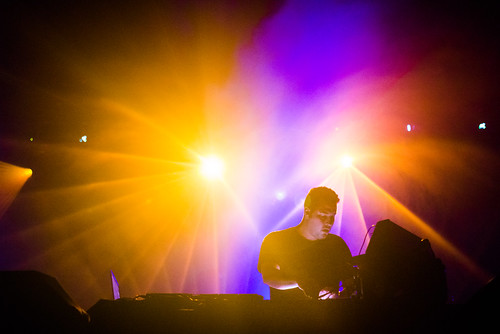 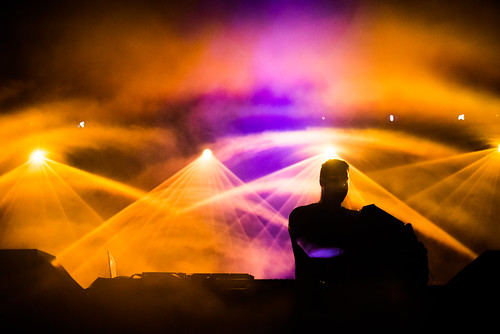 After seeing tonight's show, I can say in truth that I believe that the Paramount needs the likes of ODESZA just as much as ODESZA needs it back. I haven't seen that theater bathed in so much beautiful light in a long, long time. And similarly, I've never seen a visual interpretation of ODESZA's sound to be so painstakingly accurate to what fans dream in their minds. Truly, it must be such an incredible feeling to know that this vision was so eloquently and massively realized. This is what In Return was meant to look like - there is no questioning that whatsoever.

From note one, Mills and Knight became silhouettes. It took the better part of the entire show for me to realize that the duo, as well as their three-piece live accompaniment (two horns and live guitar) were all (of course) decked out in full Seahawks attire. But perhaps that's a telling piece of the puzzle for ODESZA. From their Internet beginnings, it's always been about the music and about painting your own picture of what the band is. Here side-silhouette against a massive wall of light and color, Mills and Knight were tiny splotches on a fantastic canvas, their music a gargantuan reflection of their small human forms. From abstract color swirls to space jellyfish dancing above the Aurora Borealis (that was really a thing), ODESZA's display was one nonstop palette of wonders.

When you finally get over how fantastic the visuals are, before you stands a band that has reached near perfection in terms of on stage synergy. Between Mills and Knight, there is almost perfect symmetry. The two barely ever make eye contact on stage, letting one track play into the next and never needed a single queue to know each piece of the whole. Burning through their two albums as well as the fantastic My Friends Never Die EP. The two weaved a couple hometown tricks into the mix, including their fantastic remix of Beat Connection's "Saola". From beginning to end, ODESZA proved their worth and their place on the top tier in every way possible. With the visuals, ODESZA is a festival-topping thrill to witness. Without them, they are still one of the most kinetic and copacetic electronic acts out there. Whatever comes next, you can trust that ODESZA will only continue to raise their ceiling to dazzling new heights. 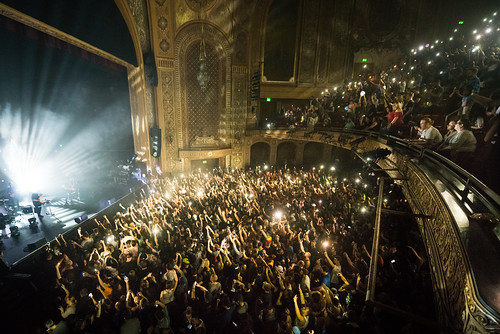 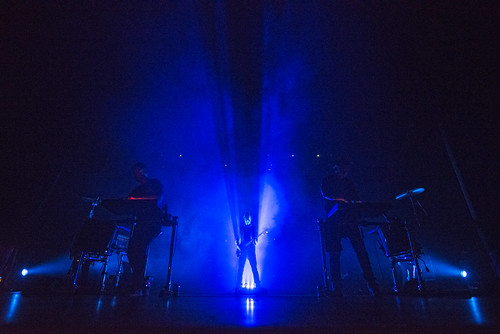 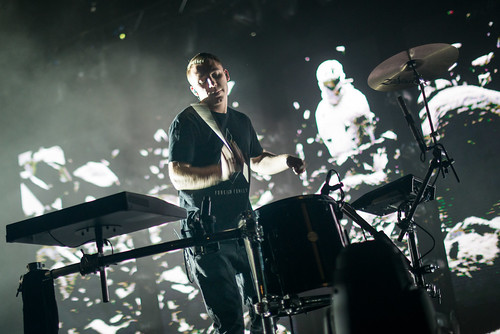 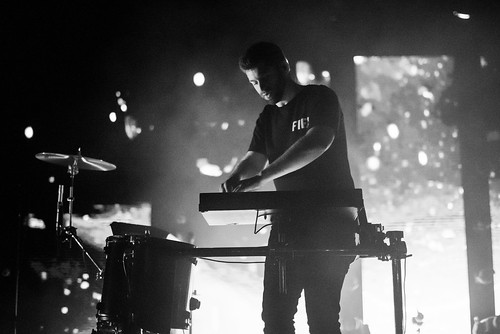 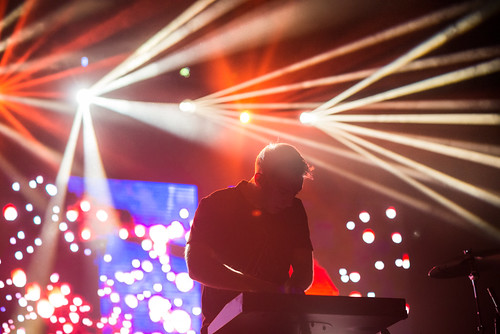 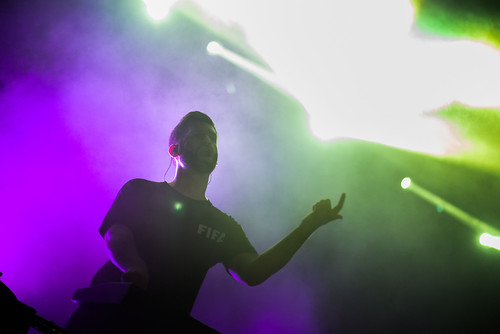 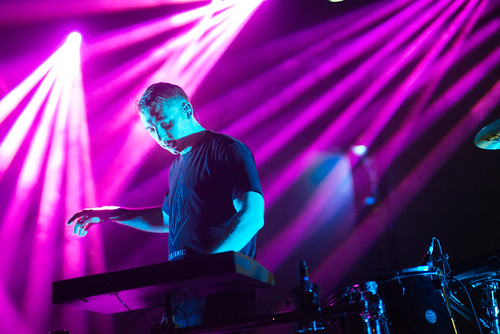 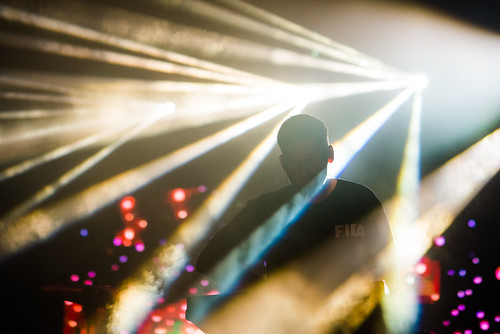 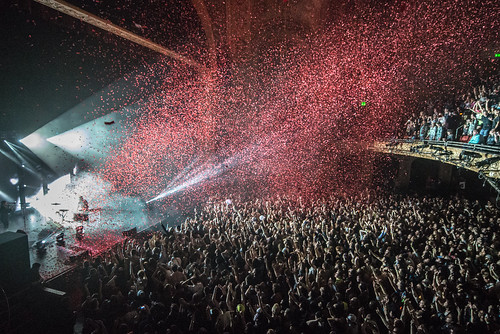 The deluxe edition of In Return is out now on Counter Records. Listen to it in full at their Soundcloud. 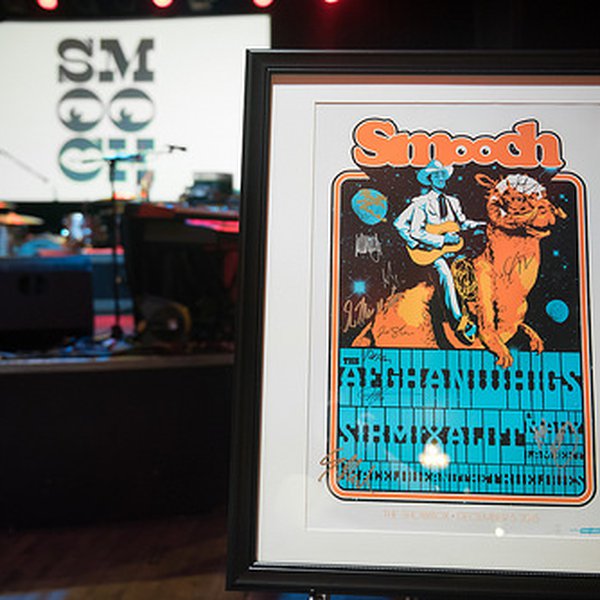 SMooCH was a smashing success. This year the Nordstrom family, with the help of KEXP, Sub Pop Records, and many generous donors, raised nearly $3 million for Seattle Children’s Hospital uncompensated care fund. The money will directly help to pay for critical care for sick kids, regardless of their…