Videos views, that is! KEXP's YouTube channel just surpassed 300,000,000 video views of our own in-house produced content. With a very small team of dedicated producers and volunteers, we uploaded over 350 individual sessions in 2014 alone and are still working on more that we've filmed! Among them are some amazing sessions with some really big names, popular artists and buzz bands like Pixies, alt-J, The War on Drugs, FKA Twigs, Future Islands, Broken Bells, Thurston Moore, Mark Lanegan, The Afghan Whigs, Benjamin Booker, plus some new discoveries like The Comettes, Saintseneca, Francisco the Man and Tango Alpha Tango, and everything in between. To commemorate this achievement, we've asked members of KEXP's video crew what their favorite or most memorable moments were in 2014:

My favorite session of the whole year was Juana Molina. It was a joy to shoot and a special joy to edit. The interplay between the band was the best I have seen and they had so much fun doing it.Honorable mentions include: Spoon and tUnE-yArDs.

Shooting King Kahn & The Shrines was thrilling. I was watching a very unpredictable funkadelic punk soul man, and we were all a bit unsure what he was going to do up there. Especially knowing his history of performing live and the unpredictabilities therein. It was the same feeling I got when I’d read the books and films that were once banned back in the day. I was dancing and laughing when I heard (and shot) “I wanna Be a Girl” for the first time there at the Triple Door. A great articulation of something I never would have felt or comprehended otherwise. He just punched everything in the face from the moment he got on stage wearing that headpiece to the moment he walked off, like a reliable punk rocker should. What’s he gonna do next???

Temples: I was completely unfamiliar with before shooting but was introduced to the surreal quality of good psych-rock. Such attention to detail in their unpredictable songwriting and performing, their expression is not easy to anticipate, so the mystery in it keeps me coming back for more. There are few bands that do this for me and I have been listening to that record at least once a week since.

My favorite would have to be St. Paul and The Broken Bones. It reaches right in and doesn't let go til well after the session is over. All you have left is a pure soul recharge.

My favorite session of the year was the Tycho set. The visuals were a nice studio touch that was wonderfully complemented the musical performance. "A Walk" and "Let" were my favorite songs from the set and also in general.

My favorite had to be FM Belfast. Crazy visuals. Not the most creative song ever, but the craziest people. So fun.

I can't say I knew anything about Operators before I walked in... I can't even say I know what to expect from many 3-piece electronic bands, but what I can say is I had fun. We have a role called the "singer shot" in which you only stay on the lead singer the whole time, but the camera rarely moves much. Needless to say, I couldn't stay still.

For obvious and not so obvious reasons, here are a few of my favorites:

My favorite album of 2014 was Dead Reckoning West by Seattle band Bali Girls. So when they came to KEXP for a live session, I was beyond excited. We reached deep into the videographer bag of tricks and made use of the One Man Crew & the Movi M15 while shooting 4K footage on our newly purchased Panasonic GH4 cameras. On the 2nd song, we lost battery power on our Movi cam so I had to double up on coverage while our 3rd shooter swapped out batts. You can see the change in pacing but overall it worked out. I decided to go Black & White for the edits as it seem complimentary to the feel of the music. Very happy with the way it turned out. This band makes music you'd want to go into battle with. So rockin'!

Broken Bells: Simply amazing to be in such close quarters and watch James Mercer and Dangermouse work out the intricacies of each songs arrangement on the fly. It was like watching a song being born anew. In a string of amazing in-studio’s, this one still stand outs. Watch here.

Wussy: Many times I go blind into an in-studio, not knowing what I will see and hear, and Wussy was no exception. The band completely won me over with their very first song. Their album Attica has become one of my favorite albums of 2014; such heart and passion. Watch here.

Mac DeMarco: The video we shot of Mac DeMarco at the Pickathon Music Festival truly captures the slacker and carefree nature of Mac DeMarco and his music. It also does a great job of showcasing the intimacy of Pickathon. If I ever want a midwinter trip to Pickathon, this is the music video I turn to.

There were too many great sessions to pick from this year. The entire crew did an amazing job handling the diversity, the insanely quick production times and the ridiculous amount of footage we've captured. Among all the sessions, a few stand out: Pixies for being such superstar talent and kicking off our Live Streaming Video service, Wussy and The Barr Brothers for being the most heartfelt performers ever, HAM in Iceland for being one of the most fervent performers with the craziest fans, tUnE-yArDs and St. Paul & the Broken Bones tie for being the most boisterous live, and The War on Drugs for fulfilling my highest expectations. But I was probably most excited about finally getting to film and edit, twice this year, Courtney Barnett. Her 2013 album was smart, honest and refreshing, but only hinted at how much her live performances rocked the hell out. Her costumed in-studio on Halloween was a blast, but you can get the full effect with this concert, recorded earlier in the year at the Triple Door. 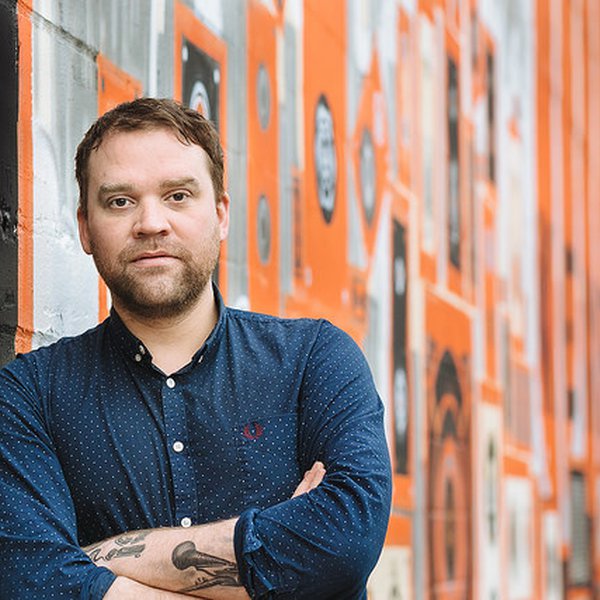 The roots of Owl John lie in the idea that to save something, sometimes you need to walk away from it. That's what caused Frightened Rabbit frontman Scott Hutchinson to take a break from the Scottish indie rock group and return to writing songs the way he did when he started the band a decade ear...

Artists like Vermont’s King Tuff don’t just play rock n roll - they personify it. Showcasing a smattering of bewitching jewels from his 2014 Sub Pop release, Black Moon Spell, King Tuff and his band clog up the pores of the KEXP live room with the dirty sound that rock purists have been jonesing ... 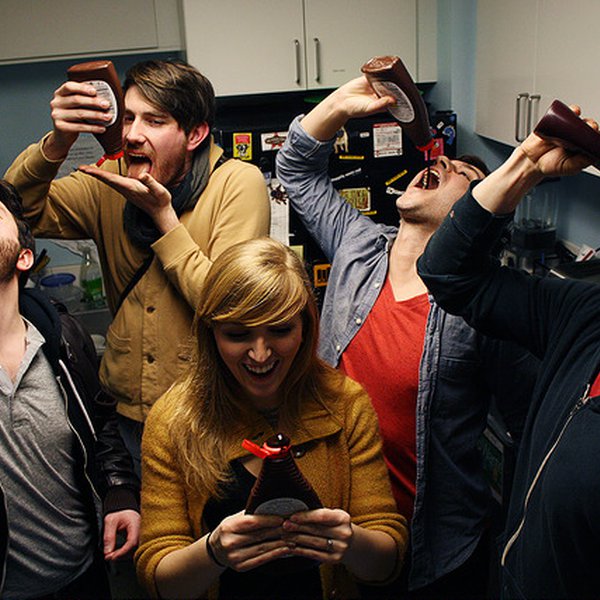