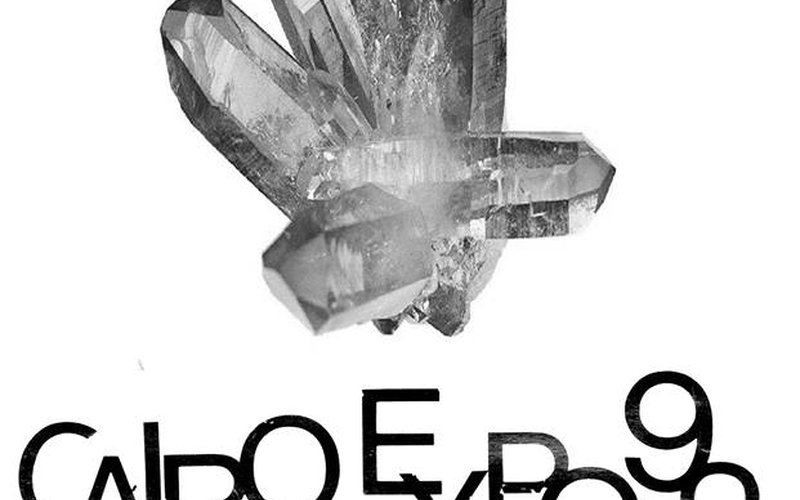 It’s time to blast off to 1992... in 2015! Cairo’s EXPO 92 mini-festival takes place this Thursday through Saturday at the Capitol Hill all-ages venue and vintage store, showcasing exciting and vital local talent. Now in its seventh year, EXPO’s three day lineup is as much an opportunity to let your hair down and take in some great art and music as it is a celebration of shared community and artistic expression that makes Seattle such a vibrant place to live. The theme for Seville’s EXPO 92 (the fuddy-duddy one in that bygone era called “the nineties”) was “The Age of Discovery.” Welp, I think that applies pretty well to this EXPO 92 as well, except instead of taking place on 215 sun-scorched hectares in Spain, this one takes place entirely within the friendly confines of Cairo (less than one hectare!) for three days in 2015. You know... the present. So take a look at the full schedule below, go see something you haven't before and get the New Year off to a great start with EXPO 92.

A bevy of talented NW visual and performance artists feature on EXPO’s first night, the “Under Construction” art show. Highlights include illustrator and all-’round cool person Minh Nguyen, the dynamic, colourful photography of Lauren Max and Olympia performers @IM2 and @GatewayG(irl)02, whose past collaborations together as Nancy Drew Pentagrams have run the gamut from carefully-constructed ethereal soundscapes to an audience participation talk show (of sorts) buttressed by vocal manipulation and harsh walls of noise. Trippy! (and, duh, an art show makes a great first date)

The all music portion of EXPO 92 kicks off Friday with openers Celibacy Now, a politically-minded punk outfit who loudly and proudly proclaim “celibacy as a revolution, not a result of piety; we will not be silenced; lube it or lose it,” interspersed with blasts of saxophone amidst catchy riffs. Check out their "Manifesta" here.

Bat remains unknown to this author, so you’ll just have to go see them (Googling “bat” + “Seattle” is almost certainly not as fun). Darkwave connoisseurs VATS released a killer cassette last summer, Excessive Days, overflowing with precise, crashing drums and guitar leads that harken back to the best of ‘80s goth rock, emotional, angular and driving all at once. Up-and-comers for sure.

So Pitted? So be there.

“CryingOnTheBus” is, not to the spoil the surprise, a very talented and, for KEXP listeners, recognizable Seattle musical figure. OK, I’ll give you a hint... rhymes with “Len Geppetto.” PLUS. Great name, right? I think we can all relate *ahem*

Shoot, Saturday already? Yep. The final day of EXPO 92 festivities starts early, so get there on time to see MomButt, the “creepycore / dadrock” (heh) Seattle trio whose merch is decidedly on point. Posse had a great 2014, which saw the release of their stellar LP Soft Opening, an album that found its way onto several Top 10 lists here at the station, so don’t miss your chance to see ‘em as we look forward to new tunes from the band soon!

Newer to the Cairo scene is poet, filmmaker and musician Leena Joshi, a wildly talented and funny artist who makes her debut at EXPO, sure to be the first of many. Right in the middle, feel-good part of the evening is the always wonderful Briana Marela. Her enchanting voice and airy, but complex, ambient pop compositions never fail to hypnotize an audience (see: her standout track on ODESZA’s latest album). Mark this down as a CAN’T MISS.

Penultimate act Magic Fades, out of Portland, also had a killer 2014 with the Zirconia Reign cassette made with fellow Portlander Soul Ipsum on Vancouver’s dynamite 1080p label. The left field electronic beatmakers delivered a work of impressive depth, both in range and sound, fuelled by “kush, coffee and tons of LaCroix pink grapefruit soda water.” Expect to hear a host of different influences that night, from icy R&B to future funk and rave vibes.

Rounding out EXPO 92 is the always great and energetic Dude York. In a victory laps of sorts since their 2014 album Dehumanize, and fresh off the release of their Repo Man-referencing music video for “Hesitate” (and maybe Star Trek II: Wrath of Khan? I mean those bugs, surely?), we hope for more jittery, excitable riffs from Dude York in the New Year.

For more details, peruse EXPO 92’s events page and see you there! 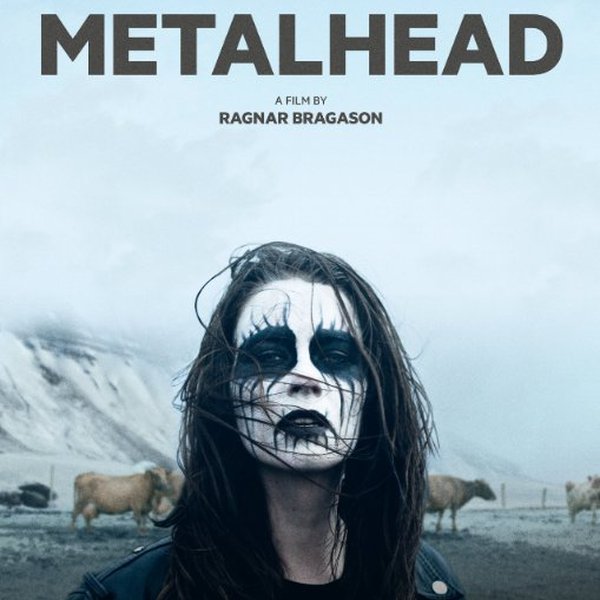 We've all heard of music's power to heal, but, as everyone who was or knew a rebellious teen in their life understands, it can also isolate, alienate or offend. In Ragnar Bragason's Metalhead (Málmhaus), music can be both a creative and destructive force for young Hera Karlsdottir, who witnessed he… 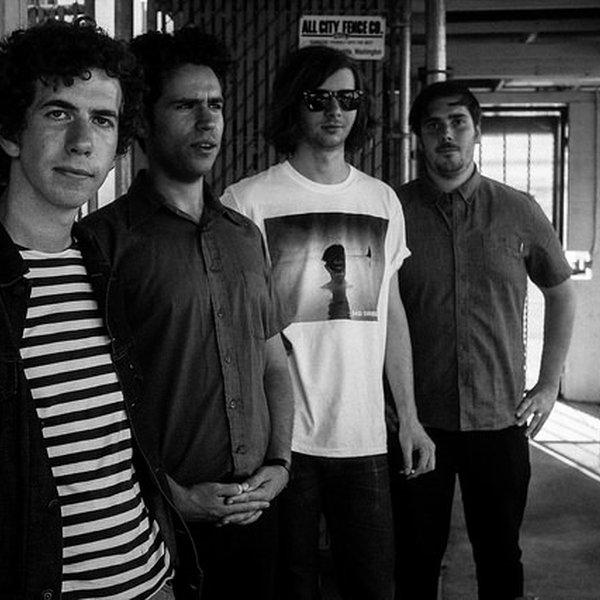 KEXP faves Parquet Courts share a new video today for the track "Pretty Machines," off the release Content Nausea from their side project "Parkay Quarts." (Still with us?) Guitarist Austin Brown takes to the streets in this clip co-directed by Johann Rashid (of the band East Link). Check out the m… 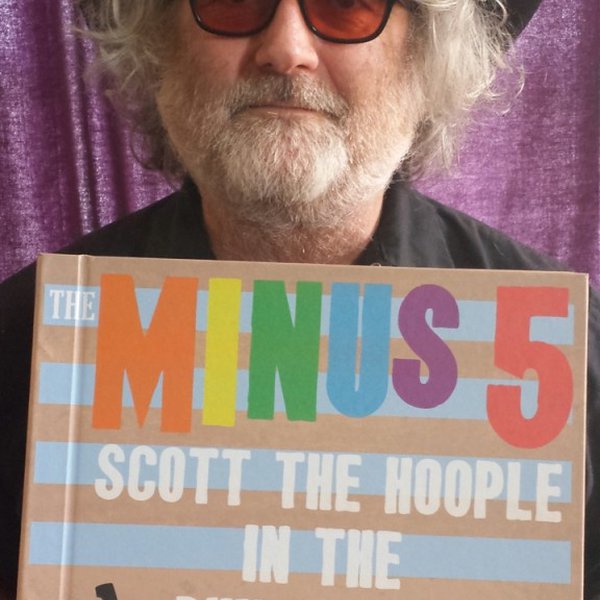 Song Premiere: The Minus 5 - My Generation

Northwest legends The Minus 5 are adding it up in 2015 with their tenth album, Dungeon Golds, out March 10th on Yep Roc Records. 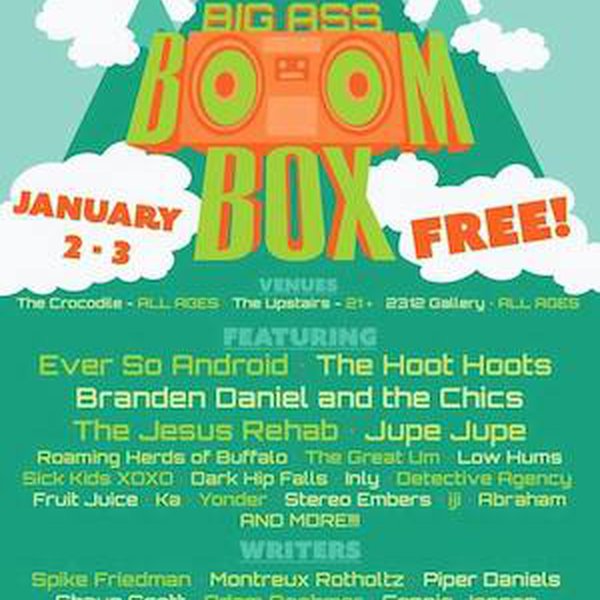 Three cheers! Bigass Boombox – the free, all-ages music and literature festival – is in its second year!