One snare hit. That's all the notice the audience received that the curtain around the stage was opening and Jack White was beginning the second of his two nights at the Paramount Theatre with "Fell in Love With A Girl". Just under two minutes later, he was playing the unmistakable riff to another White Stripes classic "Dead Leaves and the Dirty Ground". Combined with the off-the-cuff nature of White's performances, the night's performance was an urgent, compelling snapshot of a musician who, twenty years into his performing career, is still tirelessly pushing his boundaries and reaching new peaks. Not two days prior, the Third Man Records Instagram posted a picture of a severely bruised and swollen ankle, noting in the caption that White has sustained the aforementioned injury during a show in San Francisco that night and was opting to push through his injury instead of postponing about a month of shows. It would be easy to interpret that decision (and posting it to the internet) as a choice based on arrogance, but considering the nature of the rest of the shows behind his second solo album, Lazaretto, the injury seems like just another challenge White has (inadvertently) taken upon himself. Judging from the nearly forty five shows that White has played this summer, the Lazaretto tour has taken the key elements of the Blunderbuss tour and stretched them even further. The stage setup has evolved from drapes and out old fashioned spotlights into a three-piece lighting rig that ascends and descends over the band depending on the song. Where he had two alternating bands on the Blunderbuss tour, White is now consistently backed by one group of musicians, all of whom more than aptly keep up with his spontaneously-generated sets.

The most crucial aspect of the tour, though, is that White's song selections have dug deeper into the blues canon and the White Stripes catalog than any tour he's done since he was, well, actually in the White Stripes. Many of the same solo, Dead Weather, and Raconteurs cuts that have augmented his sets in the past remain, but the bulk of his sets have always drawn from the songs he wrote or played during his most beloved project, and on this tour, he's occasionally pulling out songs he hasn't played in nearly ten years. Furthermore, he's interpolating snippets of other songs into his own (an idea he began to toy with on the Blunderbuss tour) on a near-nightly basis, with parts of tunes by Beck, Lorde, and Kanye West being thrown in alongside tunes from Son House and Robert Johnson. To top it all off, he still does all of this without a fixed or pre-written setlist. At this point in his career, White has a formidable enough catalog that he could simply trot out ninety minutes of White Stripes classics ending with "Seven Nation Army" and he'd still impress pretty much everyone, so it's to his credit that he's opted to not only put on a show that doesn't rely solely on his legacy, but also one that seems as challenging for him and his backing band as it is engaging for the audience. A crucial part of what enables White to mount such a show is the Lazaretto backing band, which is comprised of five musicians drafted from The Peacocks and The Buzzards, his Blunderbuss backing bands: Drummer Daru Jones, bassist Dominic Davis, pedal steel/fiddle player Fats Kaplan, keyboardist Ikey Owens, and fiddle/mandolin player Lillie Mae Rische. Jones is the backbone of the group, a drummer who's as talented as he is flashy, and along with Davis, formed a locked-in trio with White, pushing "I Cut Like A Buffalo" and "Missing Pieces" into more rhythmic, forceful renditions than their studio counterparts. Kaplan and Owens' flourishes were certainly less flashy, but no less important, particularly when White sat down at the piano. However, the unsung hero of the night was undoubtedly Rische. Although vocalist Ruby Amanfu occupied the role of White's foil on the Blunderbuss tour, it's now Rische's duty; carrying an air of collected cool about her, she's a perfect contrast to White's breakneck pace. When White did slow down for one of the night's many country tunes, Rische continued to shine, reprising her part on "Temporary Ground" or providing ghostly harmonies on "Would You Fight For My Love?".

White himself was in fine form – if you hadn't seen the picture of his ankle, you would've never known he hurt himself only a few nights before – thrashing about with a sense of controlled chaos, reminding the audience that while he does have the musical depth to jump on the piano or emphatically sing a slow country song, he's still at his best when playing electric guitar. Punk-ish takes on "Blue Orchid", "Astro", and "Death Letter" were easily highlights of the night, as were faithful renditions of "Hotel Yorba" and "Steady, As She Goes", the latter of which contained a dedication to Eddie Vedder and a mid-song transition to a furious version of The Chantays' "Pipeline". Although he didn't play it for the first time in years the night before, White capped off his set with the obvious-but-still-effective choice of "Seven Nation Army", because when you write the best football stadium chant in twenty years, you close your sets with it. Although there wasn't a single headline-making moment or cover selection, that's more than okay, because Jack White's live performances are like Spoon's albums – consistently surprising and surprisingly consistent; if someone asks you what the best part of the show was, and you can't pick one moment, it's a sign that it was a keeper. He's starting to reach a level of breadth and dynamism that very few performers can match – it's not hard to see him gunning for Springsteen-levels of endurance in the near future – and even if the next solo or Dead Weather albums aren't as great as their predecessors, White can still electrify something that's subpar on record. To paraphrase the man himself, he never takes it easy. 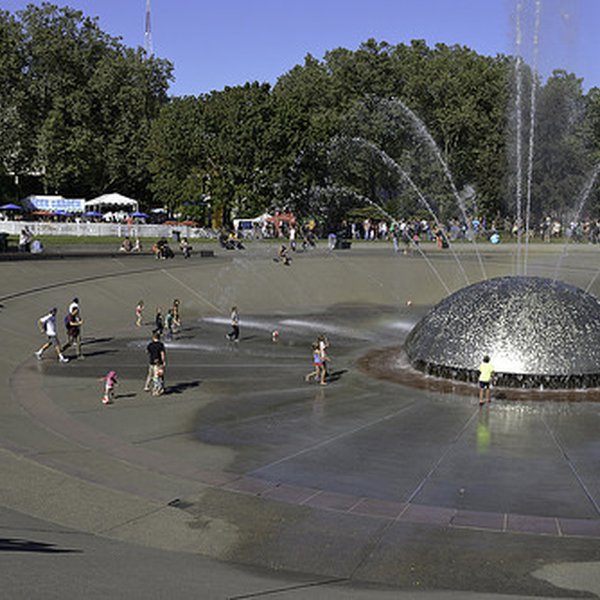 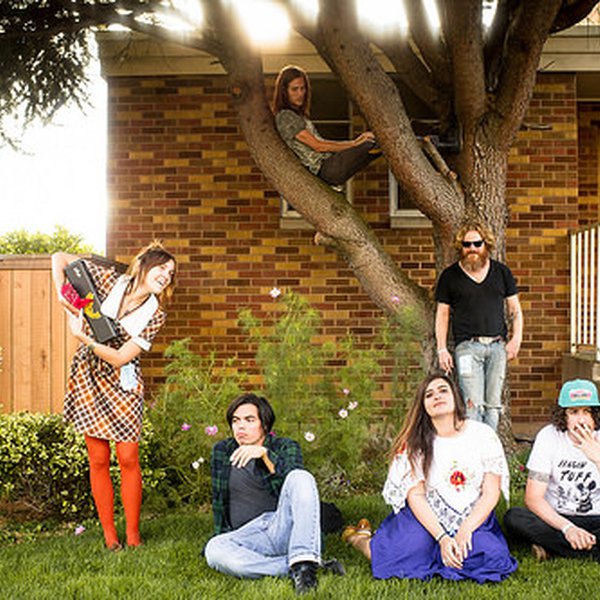 When Rose Windows released their debut album last year, it was obvious that the Seattle music scene was in for something special. Founded by songwriter Chris Cheveyo in 2010, Rose Windows has become a band that delivers the perfect amount of '60s nostalgia while still sounding unlike anyone else. W…