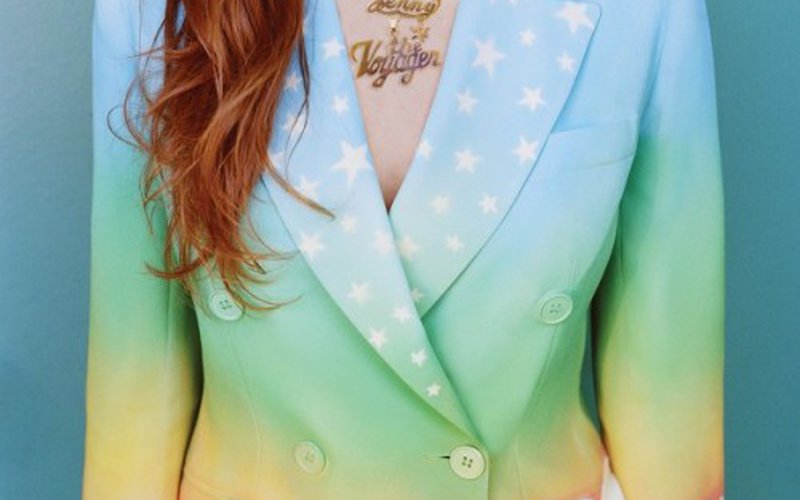 Jenny Lewis has always been a voyager. Whether it was way back when penning heartbreak after heartbreak with Rilo Kiley or finding fresh, rocky footing on her own Rabbit Fur Coat and Acid Tongue, she's wandered around like an ongoing cameo in someone else's story. Lewis is a gifted spectator, blessed with the ability to tell a tale from afar, even when the events may have ripped through her soul just the night before. She's never been to question her place - rather, she's taken it with a grain of salt and moved forward with shinier shoes than the next one. For all these reasons and a couple dozen more, Jenny Lewis has given us a thousand sunsets to drink to - a sage from the Vegas strip, come to tell stories of the neon night life in the stark, brutal honesty of the day-glow.

On her new record, The Voyager, Lewis makes a conscious change in article. Her first full-length record in six years, Lewis is done being one of many. The Voyager is a collection of stories, not altogether unlike ones we've heard from her somber strings before, but the siren singing is more defiant. This is Jenny Lewis, the one and only, and every track makes a fully realized statement of grounding and independence that only Lewis could make. Unapologetic as ever and still unlike anyone else, Jenny Lewis returns this year with a timeless effort of priceless value.

The Voyager opens up with brightness. Opener "Head Underwater" is like watching the montage scene halfway through a John Hughes classic where the main character realizes she's been selling herself short and decides to come back throwing all the punches. "There's a little bit of magic - everybody has it. There's a little bit of sand left in the hourglass", Lewis sings. Her hopefulness is backed by a bright, 70s rock tune with delightful backing vocals and a groove you could put on repeat for days on end. To follow, Lewis gives us "She's Not Me", a conscious choice to avoid comparing herself to those she's surrounded by. "She's not me", Lewis sings, "she's easy". The statement isn't much of an accusation, really - Lewis realizes that she's just a lot more complicated than the archetypal "other woman".

While there's melancholy here, there's self-understanding and self-worth, all of which are followed up wonderfully by "Just One of The Guys". In a year chock full of women making striking, bold-faced statements about their unique sexuality, desire for absolute gender equality, and opportunity for unquestioned power and prowess, Lewis takes a whimsical step back to be more honest about the immediate situation. She's always been one to put her foot down, but once the gloss is gone, the conversation at the bar with the guys is still the same. Combined with the incredible video, Lewis's single is one of the best this year, and paints her in a self-confident and wonderfully warm light - a nice shift from one of our favorite broken-hearted wanderers.

But if anyone can give us an understanding of the folly of idealism without day to day action, it's Lewis. "Slippery Slopes" is a brutally honest dissection of sexuality and monogamy bound by limited self-understanding. Here, over an evocative slow-burn guitar, Lewis scales the practicality of comfort over weightless intention. "Is anyone listening? There's joy that freedom brings. And I'll be a libertine if she eats after me." It's not a good thing, but it's also not a lie to believe, especially as the years continue to slide on by down the road.

Speaking of which, age is a popular topic on The Voyager. "Late Bloomers" sees Lewis and an accomplice (Nancy) watch the wild dreams of their youth die as they seek out a writer they adore who ends up being some kid from Boston with none of the prestige that his voice led on, but who steals her crush away on a whim. "The New You" turns the tables, as Lewis tries to coax an old lover and Metallica fan into picking a single identity to move forward with, instead of remaining in constant flux like the rebel he used to embody. The times have changed and the time for revolt has passed - now it's time to settle and break while you still can. "Aloha & the Three Johns" is a Hunter S. Thompson-type trip through vacation paradise with a tri-polar date from hell that teaches us a lesson in expectation and entitlement affluence. Then "Love U Forever" takes a stifling shot at shallow friendship shaped around the shimmer and shine of youth. "I could love you 'til all of the Polaroids fade", Lewis sings - the imagery is a perfect metaphor. In the moment, the glitter sparkles from every millimeter of the frame, but with time, scratches and light fade the memory to the point of ugliness.

The record's title track is a neatly tied bow on the package of the record. Of course, Jenny is at a 7-11 - I'm guessing the one at 13th and Maryland, a couple blocks off from the heart of Main. She's flipping through the Times and sees the news that the Voyager has gone up in flames. Regardless of context, the sentiment is the same. The Challenger before her, Lewis sees another beacon intended to be one of hope burn up in the heat of acceleration. But yet, as she reminds us on the chorus, the only force powerful enough to get us by as we learn to deal humanly with broken love, aging gender politics, and suppressed desire is the naivety and wonder of a child. Even in the brutal wasteland of the Mojave desert there is an oasis for those that want to open their eyes to the bright lights that, at night, refuse to fade in accordance with their age. Decked out in her 70s pantsuit and armed to the teeth with wounded rhymes, Jenny Lewis marches forward, the Voyager inside her at all times, ready for anything and ready to discover anew.

The Voyager is out now through Warner Brothers. Grab it on CD or vinyl at your local record store. Jenny Lewis will be playing with Beck at Marymoor Park next month on 8/20! Grab tickets here! 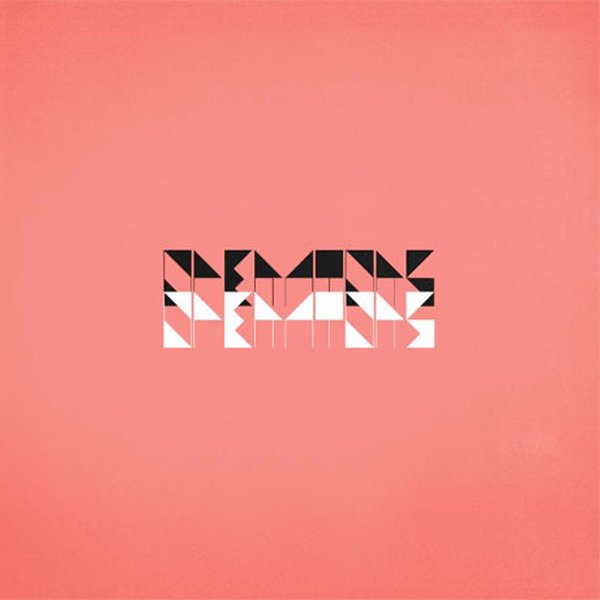 Among the constant changing tides of the music industry and the struggle forward for artists to learn to adapt and improvise to find new ways to make it on the modern scene, it's nice to know sometimes that you can't keep a good man down. At least, that principle holds for Dan Boeckner. The masterm…

There's only one thing that's remained constant on the weird, mystical journey of Seattle experimental hip-hop duo Shabazz Palaces: progressive thinking. Everything else is up for grabs. Where their debut EPs were bombastic and shocking in their odd use of sampling and jazz rhythms in a bass-heavy …