Thinking of those who define the present-day Seattle music scene, musicians like Damien Jurado, who not only call the city home but who have influenced, promoted, and produced other local artists' music, come to mind. Jurado's soul-searching folk ballads have earned him a wholehearted embrace from his fans. What better way to kick off his 2014 tour and to celebrate Brothers and Sisters of the Eternal Son, the 11th and latest album in Jurado's repertoire, than to throw an album release party at the Neptune Theatre with fans from his own backyard?

Friday night was a uniquely Seattle concert experience. The festivities began with Kenyan-born local artist Naomi Wachira, whose music, a unique blend of African rhythm and Pacific Northwestern folk, created an intimate feeling in the packed theatre. Wachira's folk-with-a-twist style set the mood for Jurado's performance, which isn't surprising since he produced Wachira's upcoming album. Wachira, who would have been a great opener regardless of her friendship and collaboration with Jurado, won over the Jurado followers with her sincerity, talent, and, to be honest, her awesome dress. 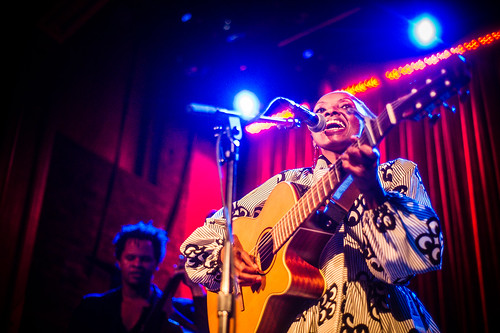 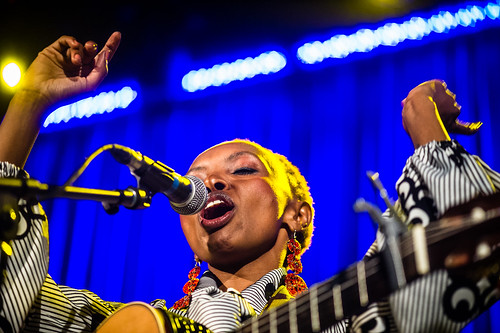 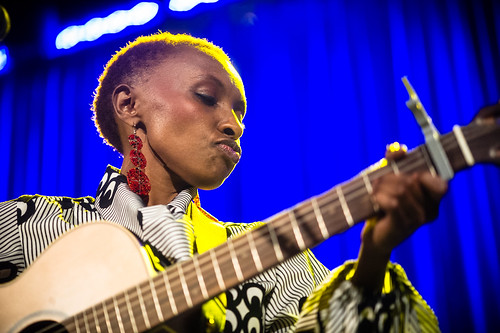 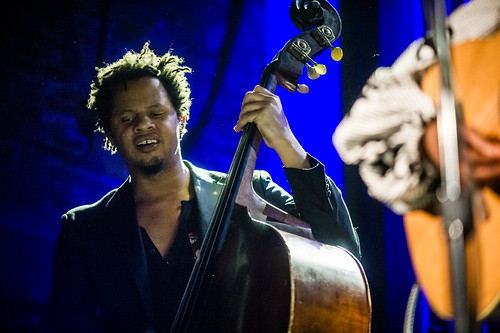 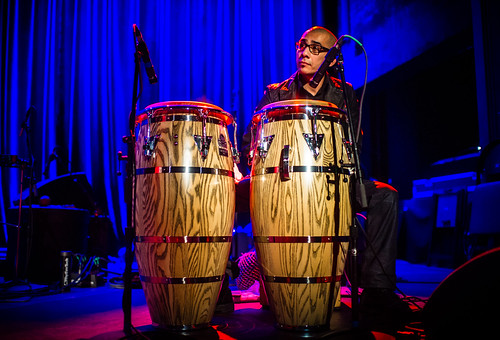 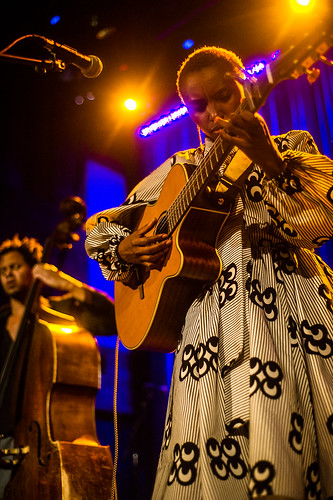 Often, the wait between the opener and featured artist can be tedious. It's the time where your foot and back aches begin to set in and you wonder when the person in front of you got so extraordinarily tall. The wait between Naomi Wachira and Damien Jurado was barely noticeable. Despite the soberness of the music that night, the crowd was drunk on Jurado's imminent appearance. To be fair, while Jurado's fan base has been described as "cultish," --even Jurado joked about being a cult leader at the show-- they're more like tasteful enthusiasts than fanatical lemmings. Jurado didn't exactly dispel this brainwashing, alien worshipping messiah character when he showed up to the Neptune clad entirely in white (he later explained that this was the same outfit he wore on his Moby collaboration) followed by 14 people in robes.

The 14 accompanying Jurado turned out to be the talented Silver Sisters Choir, the group backing Jurado on his live album, Sisters, and Damien's Silver brothers. Among the 12 celestial women providing the other-worldly harmonies behind Jurado were Naomi Wachira and fellow Seattle artist Shelby Earl. The Seattle crowd was blessed with the choir's only on-tour appearance. Despite the maximum-capacity crowd, the show felt intimate and the fans were silently entranced. Jurado and his choir opened with tracks from his new album, including "Silver Timothy," "Metallic Cloud," and "Jericho Road," before Jurado moved on solo to fan favorites like "Cloudy Shoes" and a request for "Sheets." Jurado's hometown audience listened intently, save for the few interjections of "Go Hawks!" Unfazed, Jurado responded stoically: "I love this city, yes, go Hawks." And while his banter was limited, the crowd could feel Jurado's affection for this familiar city where he could play a show at a venue he saw movies at as a kid. I didn't go into this concert thinking that I would feel close to hundreds of strangers, but after Jurado's encore of "Ohio," and an acoustic version of "Working Titles" where the audience filled in for the choir on backup vocals, I felt at home with my fellow believers. 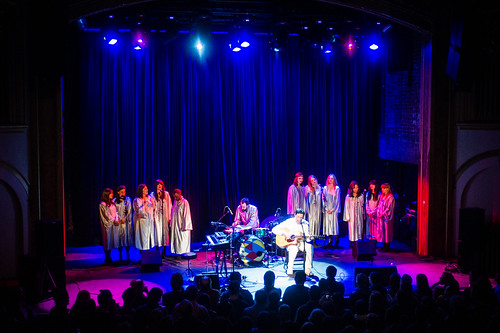 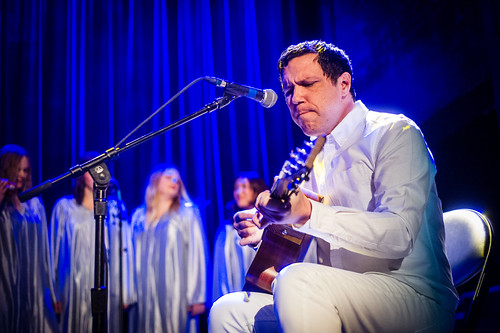 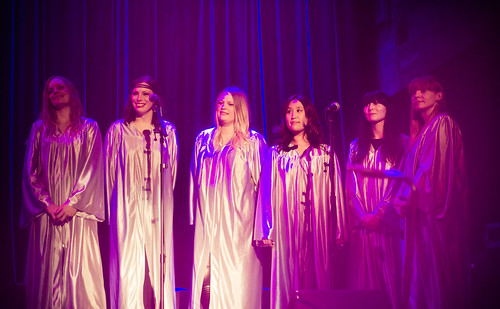 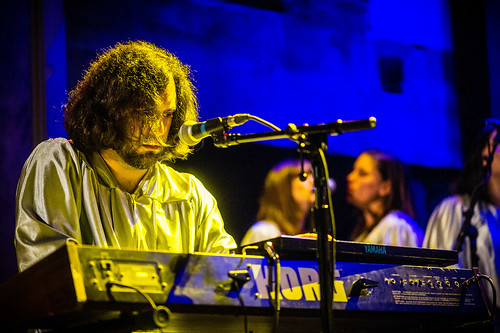 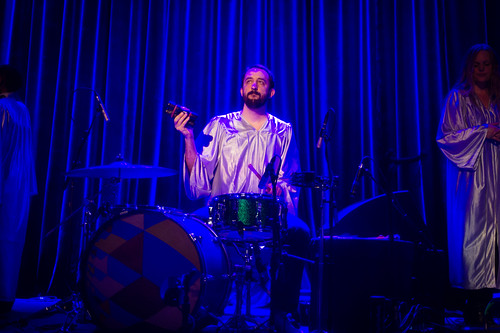 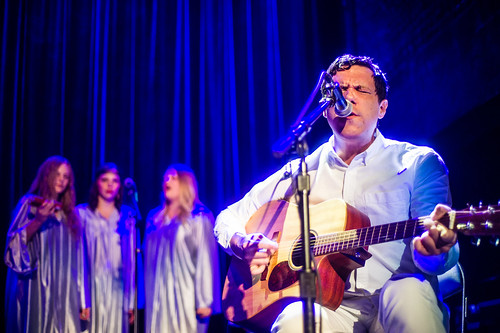 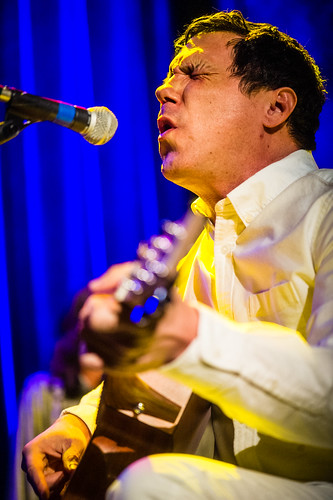 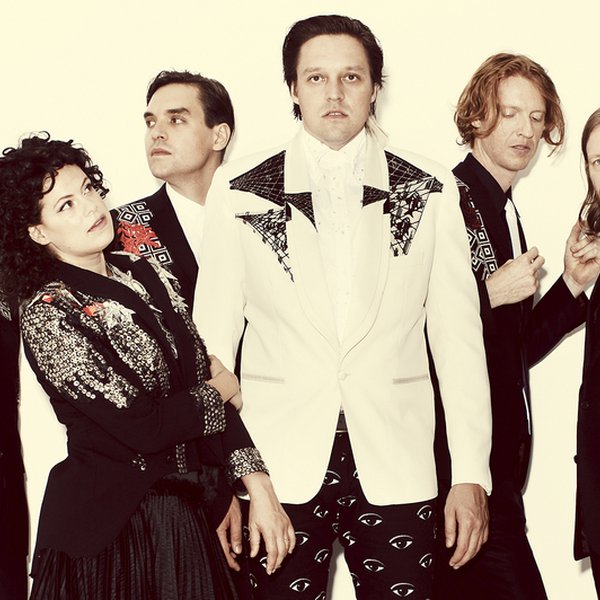 Last night in Australia, Arcade Fire celebrated what would've been the 54th birthday of Michael Hutchence with a cover of the INXS classic "Devil Inside." Watch their performance from Melbourne's Sidney Myer Music Bowl below. [Spin] 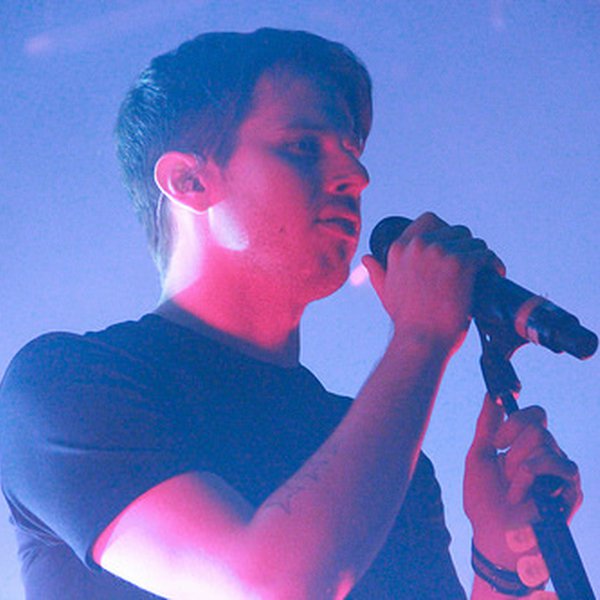 Sunday night was a great one for Seattleites pretty much every kind. The Seahawks’ final playoffs game against the Forty-Niners stayed tight throughout, but in the end, the Hawks emerged victorious and everyone in Seattle jumping and shouting in the streets. But perhaps the luckiest of the these ma…

KEXP Suggests: The Music of Uncle Tupelo vs. The Jayhawks 1/30

Get ready of an alt-country battle royale when local musicians take on the songs of Uncle Tupelo vs. The Jayhawks on Thursday, January 30th at the Tractor Tavern! Don Slack of KEXP's Swingin' Doors will referee the rockin' ruckus, but really, everyone wins because all proceeds from this event go to… 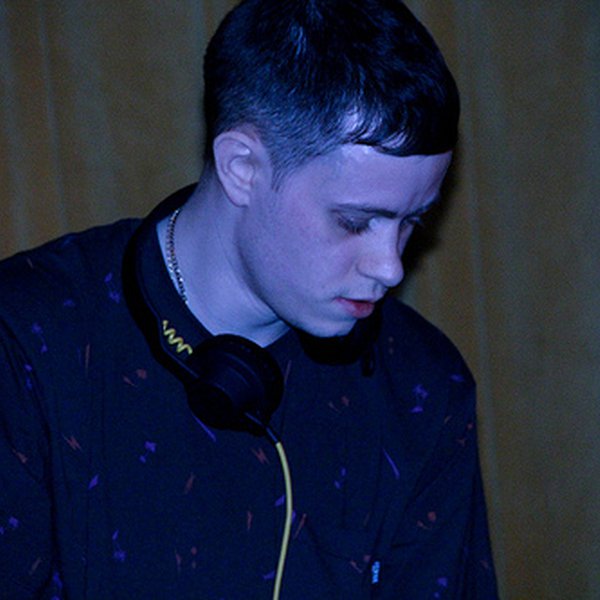 Weighing Barboza's Tuesday night festivities by pictures alone would be a crime. What you don't see behind camera - in view of the focused eyes of Russell Whyte and Reed Juenger - is a bloody marvelous party. There's little-to-no room to move or breathe, dozens of couples or just-mets dancing toget…