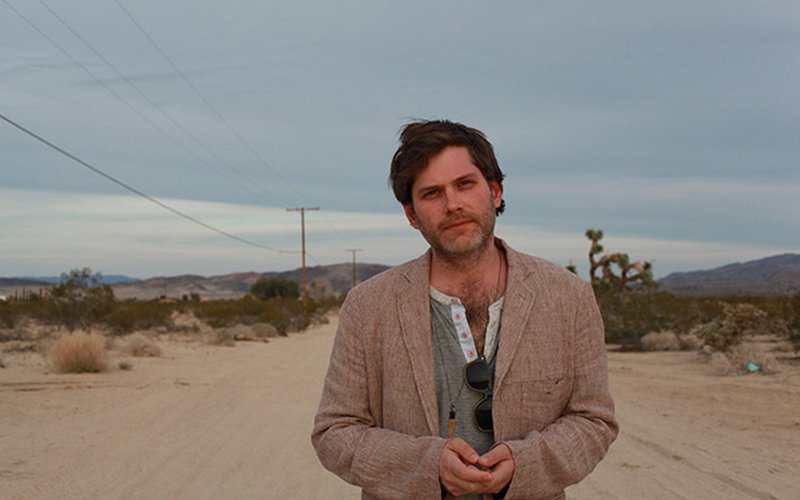 We were afraid when Eric D. Johnson announced the demise of the beloved indie pop band Fruit Bats that we'd heard the last of him. But as he put that project to bed, during a recent in-studio, he assured KEXP listeners he'd be back with more music. We just had no idea how soon! Barely six months since the final Fruit Bats shows, Johnson is back with a solo project under the moniker EDJ. More personal than Fruit Bats, EDJ songs are, in his own words, "simple stories, some about losses, a few about disappointment and regret, but also of hope and perseverance". Earlier this month, we offered an early peek of the self-titled debut with a Song of the Day podcast featuring one of those very songs about loss: "Lose It All, All The Time". Today, we offer a second glimpse with the premiere of the albums's opening track, the wistful "For The Boy Who Moved Away", rendered beautifully by Eric Johnson and his many friends, including Neal Casal on guitar and backup vocalist James Mercer of The Shins.

You'll hear more "melancholy grooves and existential make-out songs" when EDJ comes out August 5th on Easy Sound Recording Co., and when Eric performs LIVE on The Midday Show on KEXP on Thursday, August 7th at 1:00 PM PST. You can and should also catch him next weekend, on August 1st-3rd, at Pickathon Music Festival in Happy Valley, Oregon. For now, listen to exclusive premiere of "For The Boy Who Moved Away": Late last year, legendary singer/songwriter Joe Henry stepped into the KEXP studios, where he debuted a couple new songs from his then-untitled thirteenth album. Today, KEXP is proud to share the video debut of "Slide," a track from that album, now titled Invisible Hour, released last month on hi... KEXP Premiere: The Barr Brothers - Even the Darkness Has Arms

"If you ever woke up in a bed without somebody, and you didn't know the bed or the room or the city, this song might be for you," says guitarist and vocalist Brad Barr of the new song we're premiering today by The Barr Brothers. Any discomfort, though, is less than temporary. "Even the Darkness H...