With his boundless energy and novelty shorts, Nic Offer of !!! may very well be the Richard Simmons of the dance-punk revival scene. From our MusicFestNW broadcast, he led the packed crowd at the Doug Fir Lounge into a series of disco-aerobics: there were handclaps, jazz hands, and lots of jumping up and down.

The energetic band has five albums behind them, including their latest album, 2012's THR!!!ER. !!!'s groovy, danceable style truly comes alive when performed in front of a crowd. Though you couldn't tell from the radio broadcast, in person, Nic was climbing on monitors and draping himself on columns. He displayed some tongue action that would make Miley Cyrus blush. At one point, he even jumped into the crowd, circled by fans as he danced, and then he broke away for some one-on-one hip thrusting at lucky members in the audience.

It's hard to imagine another band at the broadcast turning a weekday afternoon set into a midnight dance party, but the Doug Fir's disco ball is waiting for another spin if anyone else wants to try. Led by Toronto veteran Katie Stelmanis, Austra's emotionally expressive brand of dance-driven pop has taken the band from the Canadian art-rock scene onto an international stage. Emotionally commanding but never diva-esque, Stelmanis' classically-trained voice is a Corin Tucker-like siren that she … 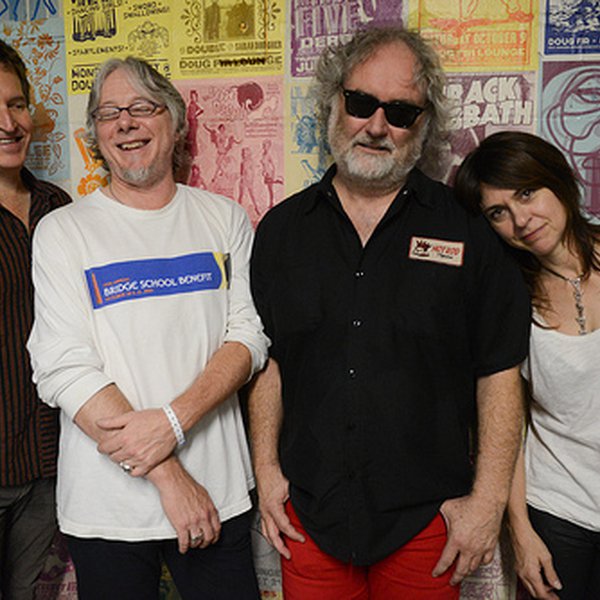 We knew The Baseball Project would be a hit at our MusicFestNW broadcast, especially with this line-up of ringers. Scott McCaughey, Steve Wynn, Mike Mills, and Linda Pitmon brought their A-game to the Doug Fir Lounge with an exuberant lunchtime session.