Ben Bloom is a talented Seattle guitarist with his hands in a number of funky bands, from the Polyrhythmics to Rippin Chicken to the Unsinkable Heavies (and he's even starting a new project!). KEXP had a chance to chat with Mr. Bloom about his music, his influences, his favorite Seattle venues and what's on the horizon.

You’re involved in a lot of musical projects, why do you feel driven to participate in so many groups?

(Laughs) You know, I find it hardest to sit still. Being in only one band or having only one musical outlet has never been something that I have been good at. For me, the more I play, the more I want to play. The more I write tunes and perform with Polyrhythmics, the more inspired I am to play with Rippin Chicken when I get home.  I think having bands that stylistically differ slightly, and in which my role is different, really helps me be disciplined to execute the vision of each. With Polyrhythmics, I play mostly rhythm guitar, which I love to do! Then with Rippin Chicken I play more lead, which I also love to do, and in the Unsinkable Heavies I get to do both of those things and stylistically touch on some of my rock and more psychedelic influences as well.

The Seamonster in Wallingford seems to be one of the funkiest places to play in town, can you talk about what it’s been like for you to play there? Where else do you like to perform?

The Seamonster has had more than a profound effect on my experience in Seattle.  As a performer, there is no place that feels more like playing in your living room at a house party than there. As well, it is sort of a message board for the funky and funkier jazz scene of Seattle. On any night of the week you will find the most prolific and exciting performers, and be surrounded by the A-list players in the scene, all intermingling, sharing ideas and beverages together. It’s like being backstage at a major music festival, only all the musicians are all from here. I also got to know my wife there and we tied the knot there as well, so it's pretty special to me. Other Venus that I like to perform at in Seattle are Nectar, The Crocodile, The Tractor, The Sunset and the High Dive. They all have their perks! We are lucky in Seattle to have some great venues to play in. A lot of musicians complain about the clubs in Seattle, but the more I travel to other markets the more I value what we have here.

People often dance to the Polyrhythmics live performances – is this something the band puts a lot of thought into?

Absolutely. We play dance music and we don't sing. Our goal is to create a trance for our listeners by the use of circular and oval shaped grooves. This technique allows the listener to relax and their bodies to latch on to the tempos and rhythmic cycles. It is very easy to find yourself dancing without even knowing it. Once the listener is in this state, the melodic content of our music can be digested, without breaking the trance so the dancing continues. Fela did this well, although he used the trance to get his audience in a state of readiness to hear his message, which was both political and humanitarian. It is also the foundation of EDM or Techno music. Our ultimate goal is to make recordings that allow this feeling to be conveyed at anytime to anyone. The shows are special times where we get to come together as humans and be joined by the feeling of togetherness in that when everyone is dancing, everyone has something in common. It’s pretty magical. We don't take these experiences for granted.

What are the components, in your mind, that make up a good live show?

I love this question. In a nutshell synergy makes a great live show. Synergy between the bands on the bill, synergy between the audience and the club, and synergy between the audience and themselves. Most of all synergy between the musicians in the band. To me a great live show is one that I want to get there early and stay until the very end. When I put on shows, I really try hard to imagine the night form the listener’s perspective. The music doesn't have to be stylistically the same, but it does need too have some point of connection. Polyrhythmics had a really fun show last year with the band Polecat. Polecat plays a bluegrass hybrid called "stompgrass". It’s dance music, but the emphasis is really on the quarter note, so it’s natural to stomp your feet and clap your hands. This complemented what we did very well, and when we took the stage, the audience who had already been dancing for over an hour, was eager and ready to dance to our style of grooves. Dancing was the connection here. If you look at it on paper, an afro-funk band and a bluegrass band would never be played on the same radio show, BUT the connection does exist on festival bills all across the country. Besides the lineup for a bill, the bands themselves have to have synergy amongst their musicians. If the band truly loves each other, and loves making music together, than that comes across in the performance more that any technique, or theatrics. A band pouring their heart into it and leaving everything on the stage is one of the more powerful experiences to be witnessed.

Who are some of your biggest guitar influences?

My earliest guitar influences were blues players, Stevie Ray Vaughn, Clapton, Albert King, BB King and Hendrix, but I quickly found Frank Zappa who influenced me more than any other player. I spent much of my high school and college years listening to Grant Green and Wes Montgomery, as well as John Scofield and Pat Martino. I also listened to quite a bit of bluegrass and flat picking guitar payers like Tony Rice and Doc Watson.  At the same time I was traveling around the northeast (I grew up in NY) going to Phish shows with my friends, so Trey Anastasio definitely influenced me. Trey is essentially cut from the influences that I have listed above, but he is such a masterful player that I kind of felt like he was showing me how to blend all those influences, and take them into a new context.. In the late 90's I got really into funk and world music and discovered the percussive power of the guitar as a rhythm instrument. The Meters and James Brown changed my entire outlook on music. Today, that is where I like to sit. Deep in the pocket as a rhythm guitar player. All of James Brown's guitar players: Nafloyd Scott, Kenny Burrell, Bobby Roach, Les Buie, Billy Butler, Wallace Richardson, Jimmy Nolen, Alphonso “Country” Kellum, “Fat Eddie” Setser, Kenny Poole, Phelps “Catfish” Collins, Hearlon “Cheese” Martin, Hugh McCracken, David Spinozza, Robert Coleman, Sam Brown, and Joe Beck, as well as Leo Nocentelli from the Meters. Most of these cats never get talked about, but for me, these are the players that helped me find my home on the instrument.

If you had one piece of advice for a young guitarist/band leader (besides “keep at it”), what would it be?

Be true to yourself. It is often tempting to follow the example of others who are successful and that is good practice in most businesses. Music has to come from the heart. If you have a vision, then stick to that vision despite what anybody says about it. I have met so many people that have told me to do this or to do that, and the fact of the matter is that the greatest musical icons in history were doing what was true to them. Originality and heart go a along way. When you build a band, build it around players who love to be together, who share the vision. Hiring a player for talent alone has never worked for me. A band is a family, a team, a marriage. If you are not in love with each other, then it's gonna be a tough road. Another bit of advice I would like to share is that nobody is going to work harder than you are for yourself. It never gets easier. You will always have to hustle and push for what you want. It is not an easy business and there really are no shortcuts or magic wands. Decide what you want to leave behind this world when you are gone, that is my mantra. We are here for a while and then we are gone. Your music will live on forever.

What’s next on the docket?

I have a lot of things in the works. As far as releases, I am really excited for the Polyrhythmics new album called "Libra Stripes" to be released on KEPT records both on full length vinyl and CD on Oct 15th. There is a new Lucky Brown 45 coming out called "Still Listening" b/w "Scatterbrain" out on Seal of Approval Records out of Brooklyn. Rippin Chicken has an EP that we are almost done mixing that we want to get out before the end of the year, and I am busy recording now with all of those projects for future releases.  Polyrhythmics just announced a Halloween show at the Doug Fir in Portland, and Nov. 2nd at the Crocodile in Seattle as well as other regional shows throughout September and October. We will be doing some more extensive touring following the release of the new record in November. Rippin Chicken just opened for the great Shuggie Ottis this Thursday at Neumos and the New Mastersounds at Nectar. I also have a brand new project in the works called the "Secret Sound Society" which features members of Funky to Death and Polyrhythmics. This band will have its debut performance sometime before Thanksgiving and I am stoked about the collaboration!

The Polyrhythmics next show is October 5th at the Tractor Tavern. 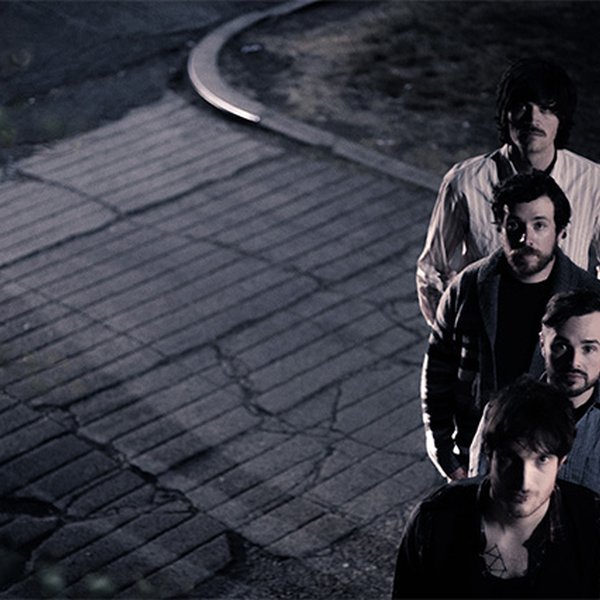 With a song titled "Live Alone" and a brand new album titled The Jackals, it's clear something is dark and foreboding in Ravenna Woods these days. The Seattle quartet admits: "This album has an underlying current of fear, greed, distrust and malevolence. It's someone talking in their sleep about ra… 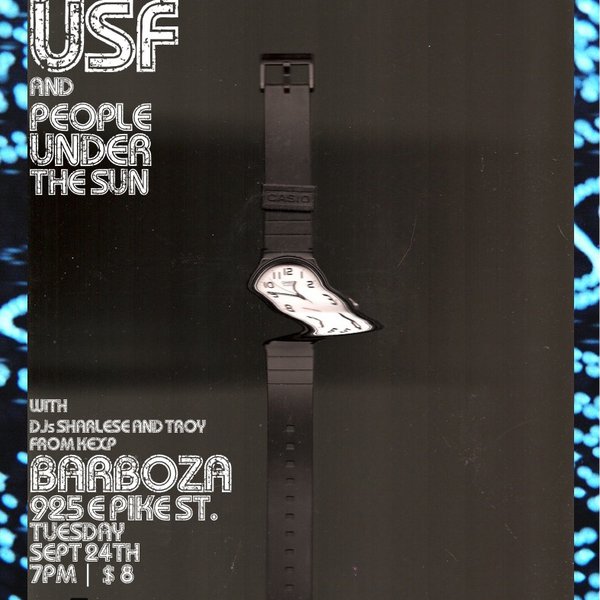 Every Saturday evening, I look forward to playing you some of my favorite songs. I remember discovering our Northwest music scene: I was lucky enough to stumble on a host opening on the local show at my college station, KGRG FM. I trained with the original hosts of the show a couple of times, and t…