This week we celebrate the 15th year of one of Seattle’s favorite hometown labels: Barsuk! Since its birth in 1998, Barsuk has helped create a platform for dozens of great bands, from the Pacific northwest and otherwise, to get off the ground and put forth incredible music. Even in the decade and a half of growth, one thing that Barsuk has never lost is its family-style sentiment, and to celebrate its birthday, Barsuk planned out an incredible weekend of music, getting the whole gang back together for a hodgepodge of new and old Barsuk goodness. Each night, the label is tackling another neighborhood and bringing a full card of musical genius.

To kick things off, Thursday night’s festivities at Showbox at the Market were about all that any indie rock fan could hope for. Headlining the gig were long time affiliates Nada Surf, playing their 2003 breakthrough Let Go from beginning to end. Leading up to their excellent closer was a reunion show from The Prom, a rousing performance from Mates of State, and a surprise acoustic set of Barsuk-era classics from Death Cab for Cutie. Altogether, you couldn’t have asked for a better evening.

It was quite a pleasure to see The Prom return to the stage for an evening. The piano rock band’s last Barsuk release was Under The Same Stars back in 2002. Tonight, the band came back together for a one off show in celebration of their home label’s birthday. James Mendenhall let the band from the piano seat, while David Broecker jammed on the bass stage left. Joining them tonight was Michael Benjamin Lerner of the Seattle band Telekinesis on drums. A great blast from the past, The Prom haven’t lost a bit of their charm in their downtime, and both the audience and the rest of the bands (watching from the shadows off stage) enjoyed every minute. 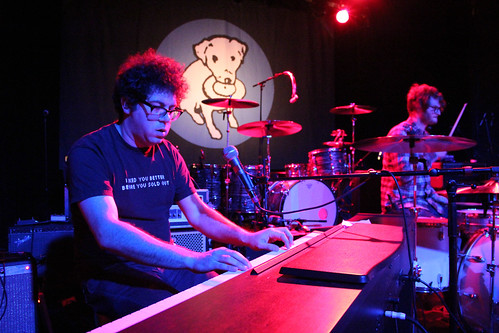 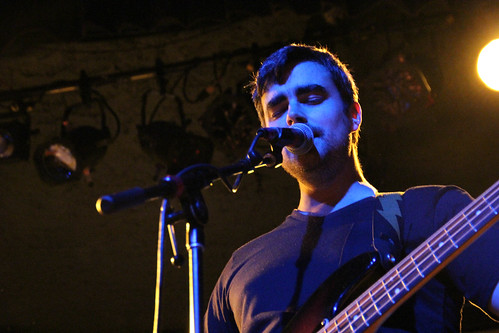 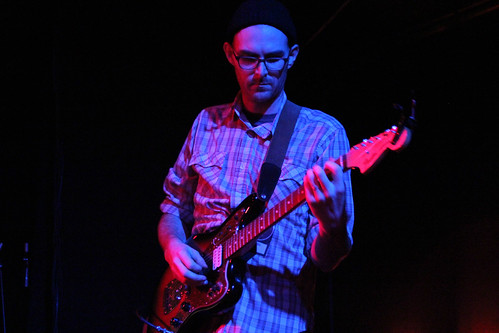 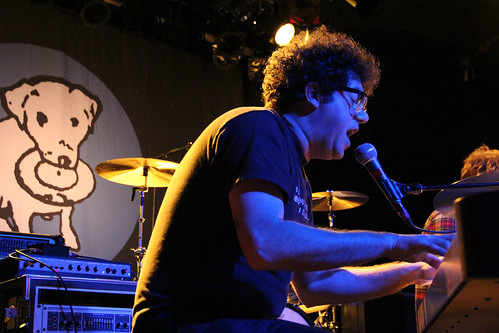 Mates of State always find a way to make each performance seem more vibrant and more impactful than the last. The duo, made up of married couple Kori Gardner and Jason Hammel, have been on Barsuk since 2006. We got to see Mates take the Barsuk stage this year at Bumbershoot, but they’ve returned to Seattle for another wonderful show. The two have incredible energy together, keeping the aura of the room light as a feather and performing the heck of out of every single note. Tackling classic material as well as some new unreleased tunes, Mates of State kept young and old fans in the audience fully engaged. They even pulled out a special cover for the evening: Death Cab for Cutie’s “Technicolor Girls”. “This is our favorite song by a Barsuk band”, Kori announced, starting in on their rendition. A beautiful take, Mates of State kept the family vibe going forward as the night continued. 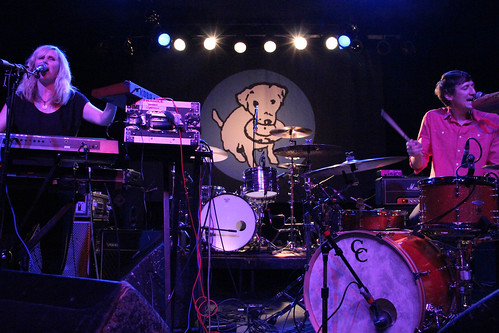 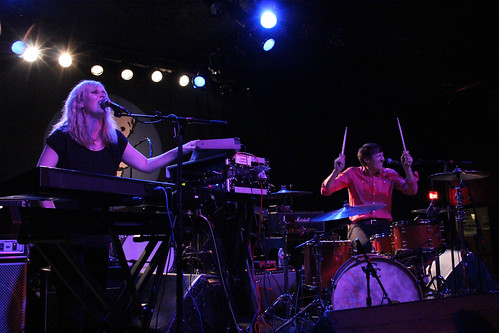 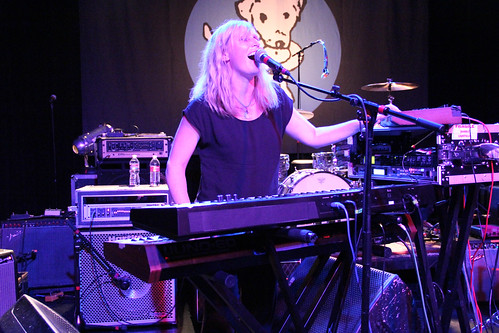 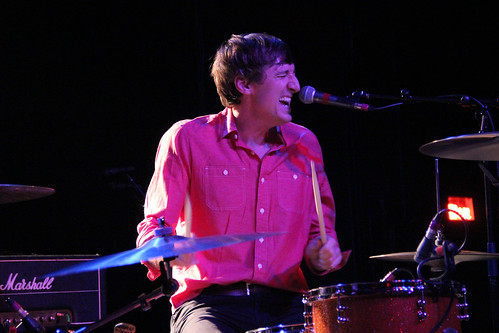 “You knew it was us, right?” Ben Gibbard laughed as Death Cab for Cutie entered the stage to wild applause. Up until this point, the audience had only seen a 30 minute window for “Special Guest” slated on the time sets, but now, all expectations were blown away. “We wouldn’t miss this for the world” Gibbard said, “It’s like the best high school reunion ever, where you actually love everyone”. For tonight’s short set, Death Cab stripped their usual setup down to acoustic instruments and a cocktail-style drum kit for Jason McGerr. Opening with The Photo Album opener “Steadier Footing” and moving right into “Photobooth” from Forbidden Love, it was evident that the band was going to stick to their classic Barsuk cuts for the evening. Spanning the years from “Pictures in an Exhibition” from Something about Airplanes to “The Sound of Settling”, Death Cab’s surprise lead up to Nada Surf was a complete delight. 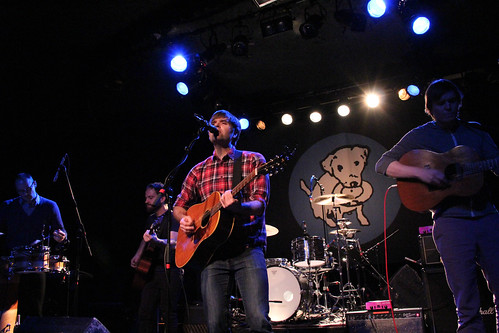 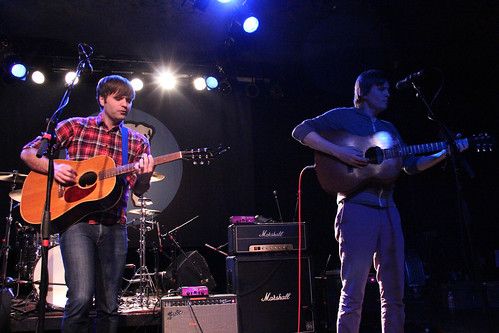 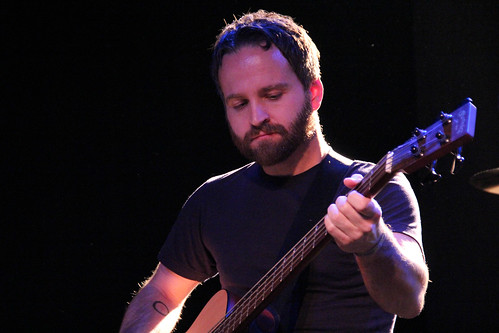 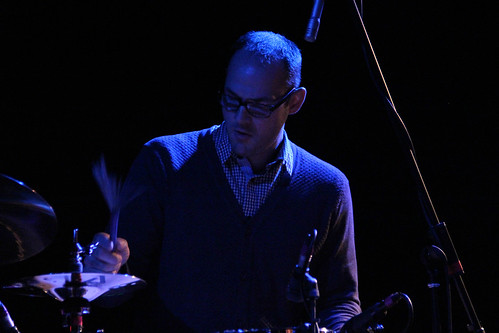 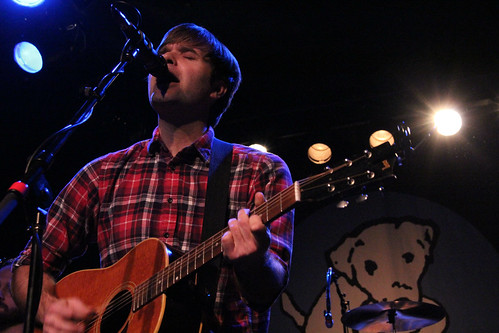 Even with an extra special surprise guest taking the stage right before them, no one stole Nada Surf’s thunder tonight. Let Go is an album that deeply affects its listeners, and hearing it straight through tonight was a pleasure beyond words. Matthew Caws took the stage alone to a packed out house and started in on that classic opener “Blizzard of ‘77”. Pretty much every member of the audience helped sing along. The rest of the band took the stage for “Happy Kid”, bassist Daniel Lorca taking stage right with the mist of cigarette smoke about him in typical fashion. Ira Elliot took the drum set and Doug Gillard grabbed a second guitar and the band started in on the track. At this point in their history, Nada Surf are unbelievably tight as a live unit. Every note is perfectly placed, and each member of the band brings a unique dynamic to the stage. On top of that, the fact that every single one of these songs was equally well-loved makes for a fantastic concert.

For their encore, Nada Surf capped out the evening with a few non-Let Go cuts. The Stars Are Indifferent To Astronomy cut “When I Was Young” was just as beautiful as ever, and Lucky favorite “Whose Authority” was a raucous party. But closing the evening, Ben Gibbard returned to the stage to play tambourine beside Caws for a true to the record rendition of Lucky’s “See These Bones”. The two looked like old friends on stage together belting out harmonies – probably because they are at this point. Altogether, the first Barsuk’s family reunion was just as loving and euphoric as we could all hope. 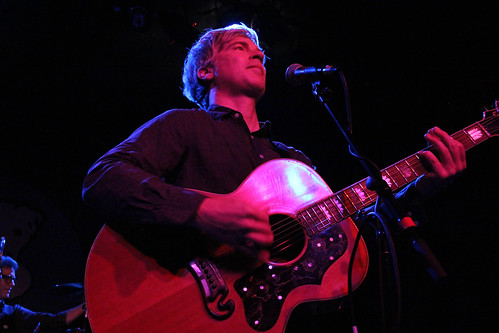 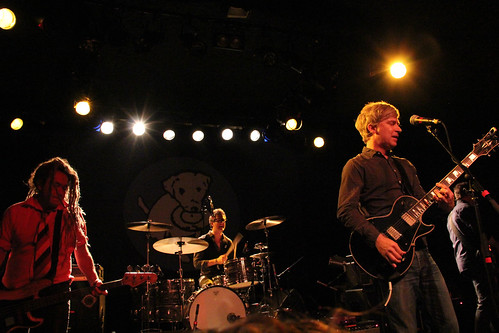 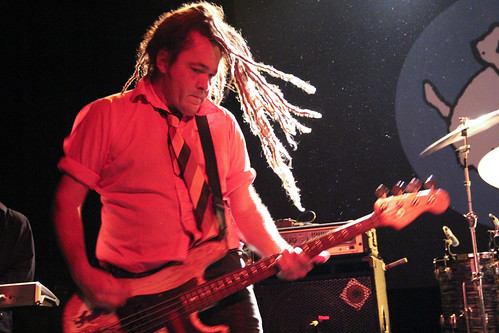 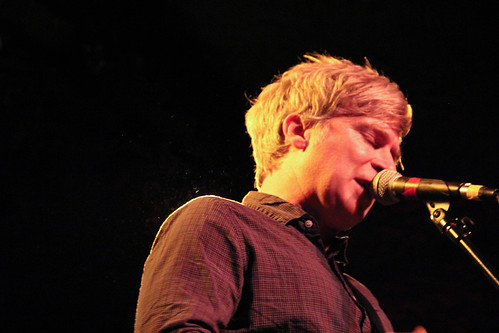 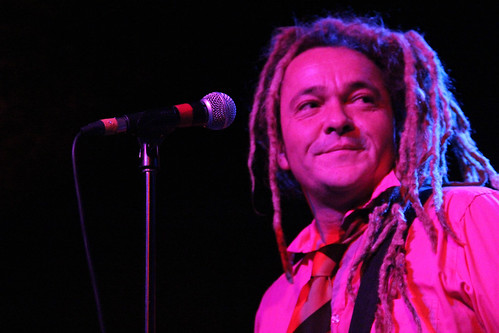 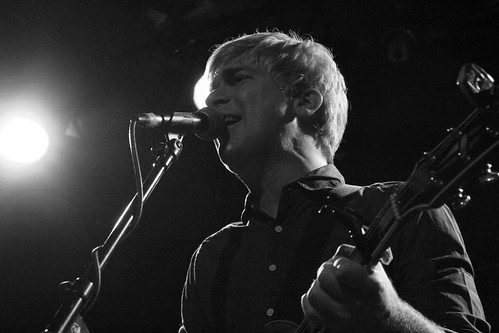 Check back for more Barsuk 15 action this weekend! 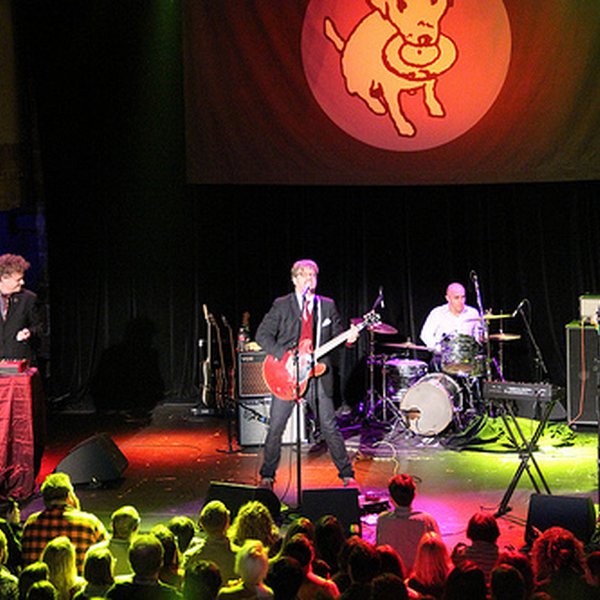 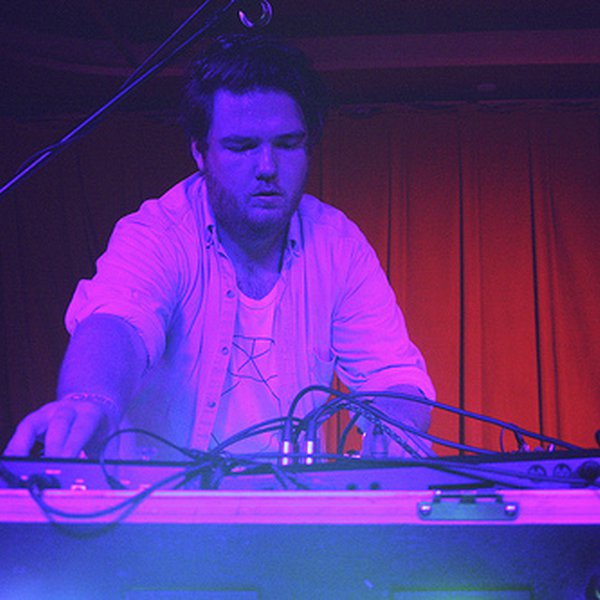