Live Review: Niki & the Dove at Crocodile, with Vacationer and Nightmare Fortress

What a bill! If you were at Crocodile Tuesday night, you sure got your 15 dollars worth. Swedish electro-pop duo Niki & The Dove blew our minds (as usual) with their soundscape of 80s pop glory, but luckily for those that arrived early, both openers played strong sets that were met with much acclaim from the crowd. Local act Nightmare Fortress owned the night in terms of bells and whistles and leather, while Vacationer mixed dance music with laid back beach jams to give everyone a terminally chill time before the big act. Altogether, it was an excellent night of party rocking in three massively different directions. 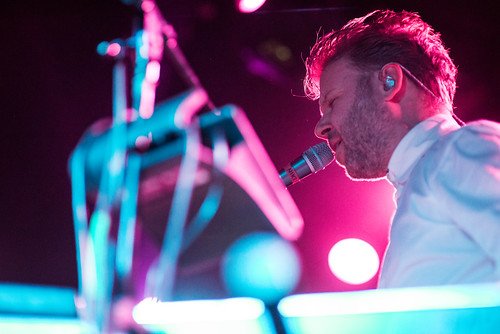 If you are from Seattle and you haven't seen Nightmare Fortress live yet, mark February 20 on your calendar right now. Seriously. The band occupies the same dark, spooky corner of the indie dance scene as Trust (who they'll be playing with at Barboza on March 10), blinding you with red and blue strobes while jamming out with earsplitting drum and bass pulses and distant, distorted vocals. Alicia Amiri's dark seduction compliments the blinding light well - she's the only constant amongst a blistering landscape of snapshot vision. The crowd loves it too. Some even break out the glowsticks and necklaces they had planned on releasing for Niki two hours early. Quite a successful night for the rising act. We will definitely be seeing more of them in the near future. 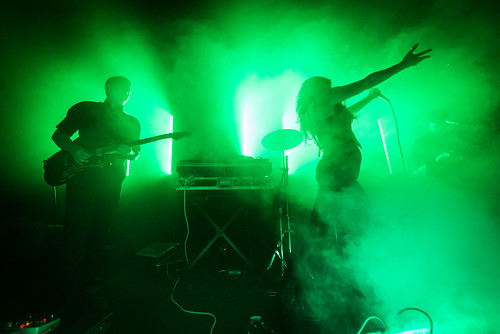 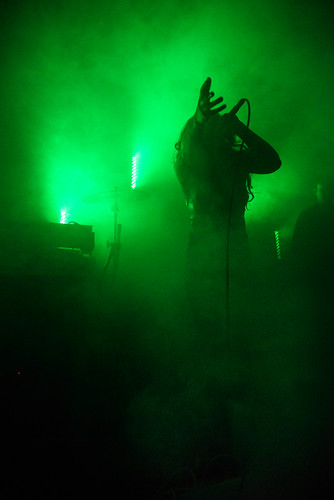 And then, for something completely different, Vacationer rearranged the stage for their own version of a good time. Vacationer is the newest act spearheaded by Kenny Vasoli, who also sings and plays bass for The Starting Line and who has played bass on tour with Say Anything. But any of his previous acts, Vacationer dips into surf grooves and works more along the lines of a jam band than the pop punk of his past. The band played a very cool cover/remix of Dom's tune "Jesus", as well as their own great single "Trip" and plenty of others. And despite the massive change in vibe from Nightmare Fortress only an hour or so before, the crowd loved Vasoli's style successfully turned a rave into a chilled out dance party. 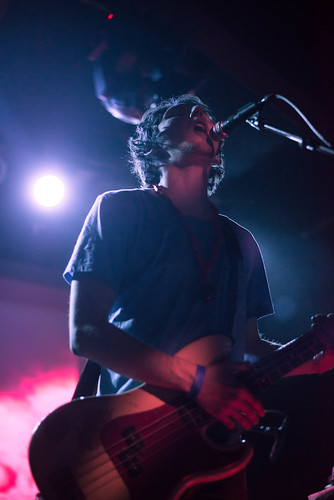 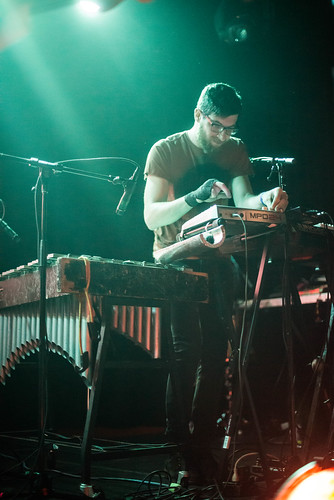 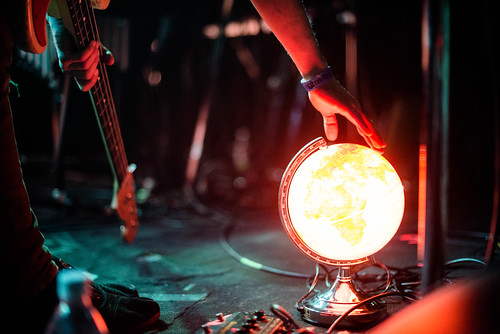 As the stage went dark for the main act, the airwaves came alive with The-Dream's "Nikki Part 2". "It's all because of Nikki", Nash sings over and over again as Malin Dahlström and Gustaf Karlöf enter the stage. As the cheers die down and the two get settled, Karlöf spins the sample into a controlled beat and the music begins. Through a continuous flow of manually triggered samples, live drums, and plenty of synth and tambourine, Niki & the Dove effortlessly blend the excellent pop songs of their debut record Instinct with experimental noise jamouts that are equal parts disorienting and danceable. Dahlström and Karlöf could be their own spirit animals. As Dahlstrom screams out their 80s power ballad lyrics, Karlöf moves with ludicrous speed between dials and knobs and samplers and keyboards and drums. It's easy to hit play on a backing track, but Niki & the Dove avoid the easy path to make for a more invigorating and enticing performance. The crowd are off their feet constantly, raving on with glowsticks and light up fingers - the whole nine yards. And just like the truth their intro sample claims, it's all because of Niki. 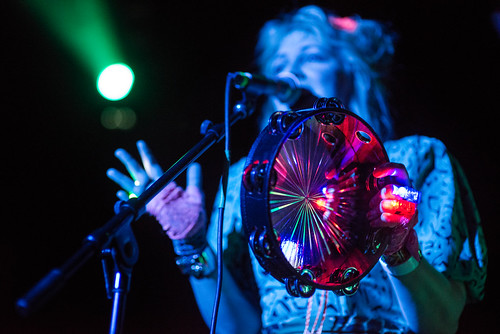 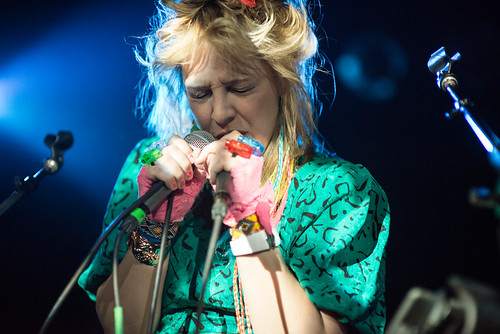 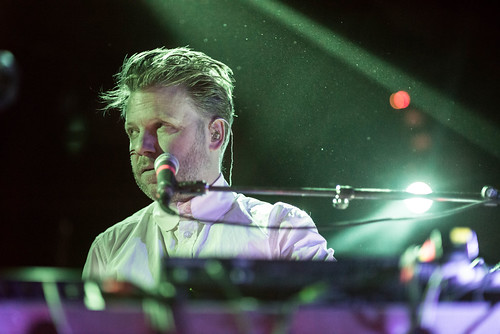 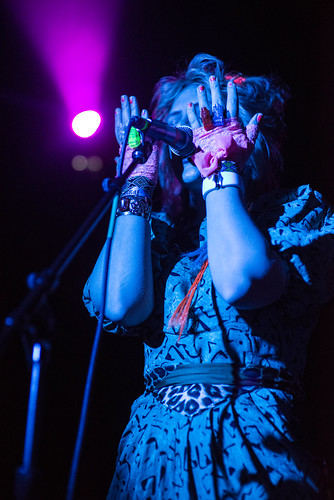 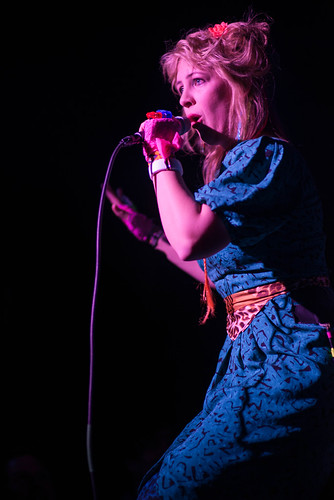 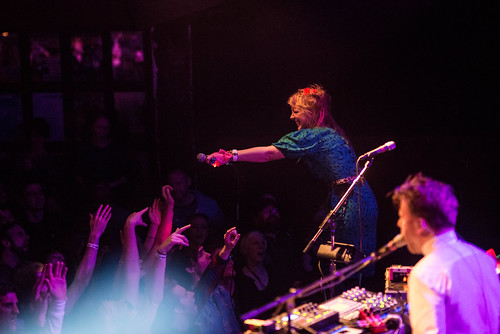 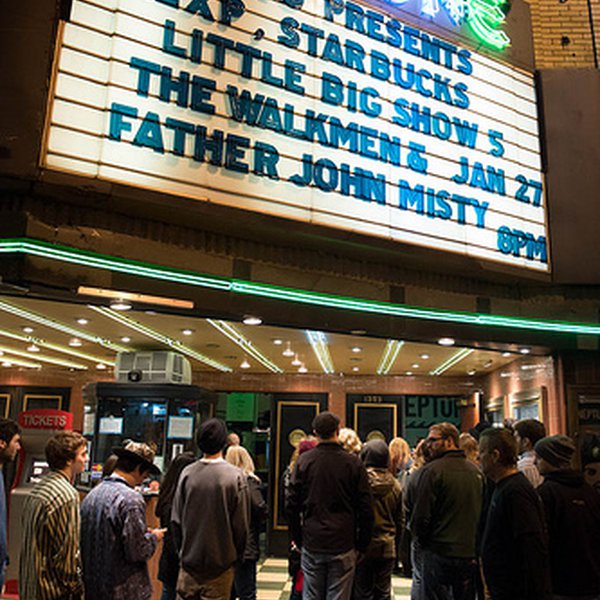 STG, KEXP, and Starbucks came together to put on the 5th edition of the Little Big Show benefit concert series on Sunday night, where The Walkmen and Father John Misty brought down the house at the Neptune with two rousing sets to benefit Youth In Focus, an after-school program that gives students … 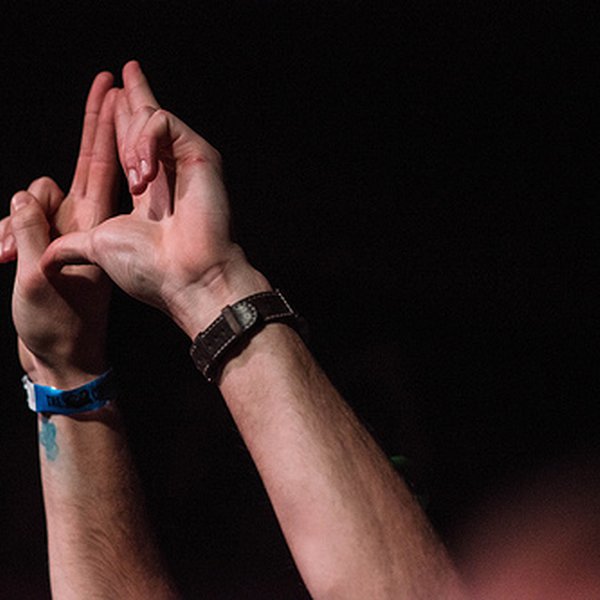 Chalk it up to: You'll never see that again. Last week, Mercury Prize winners and KEXP fan-favorites Alt-J performed their headlining Seattle debut at the Crocodile, a venue whose size they've long outgrown. While previously they opened for Grouplove at the Moore (and I'd say at least half the full…